Thanks to her impressive airbrushing skills, YouTuber CharlotteSometimes designed a cake that's essentially a rainbow optical illusion. Although it may sound like something out of a culinary fairy tale, the baker's color-changing cake is both nonfictional and edible. At first glance, the cake appears to feature warm, sunrise colors like red, yellow, and orange; however once you spin the cake on its rotating stand, it quickly transforms to reveal the cooler tones of purple, blue, and green.

While this cake's metamorphosis initially seems magical, there's actually a explanation behind its chameleon-like abilities. Using the zig-zagged ridges on the cake's surface, the baker carefully decorated one side of these small peaks with warm hues, and cool colors were used on the other side. Depending on what angle you're viewing the cake from, you're bound to see a different spectrum of hues. And when you spin the cake on a Lazy Susan (like CharlotteSometimes does in her video)? It looks as though the decorated dessert's spontaneously changing colors right before our very eyes. 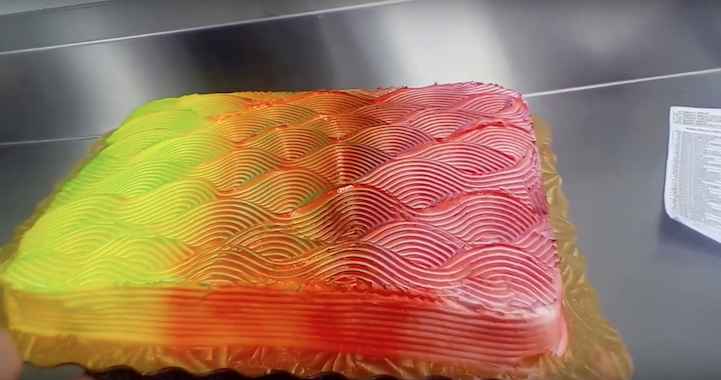 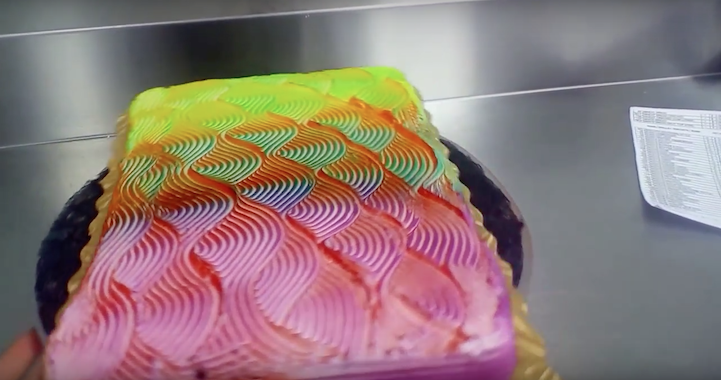 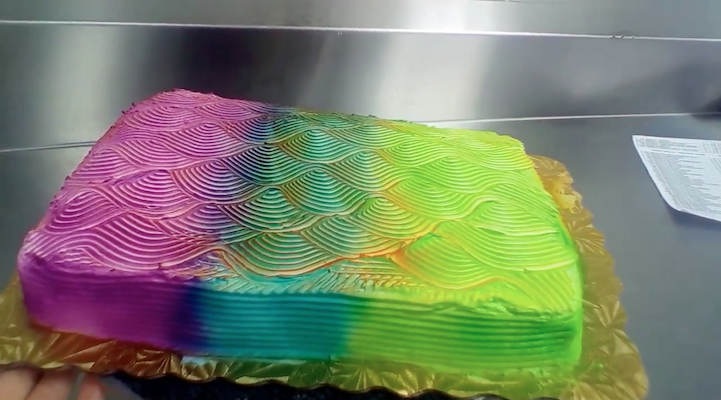