Woman Discovers Crystal That Looks Just Like a Chicken Tender 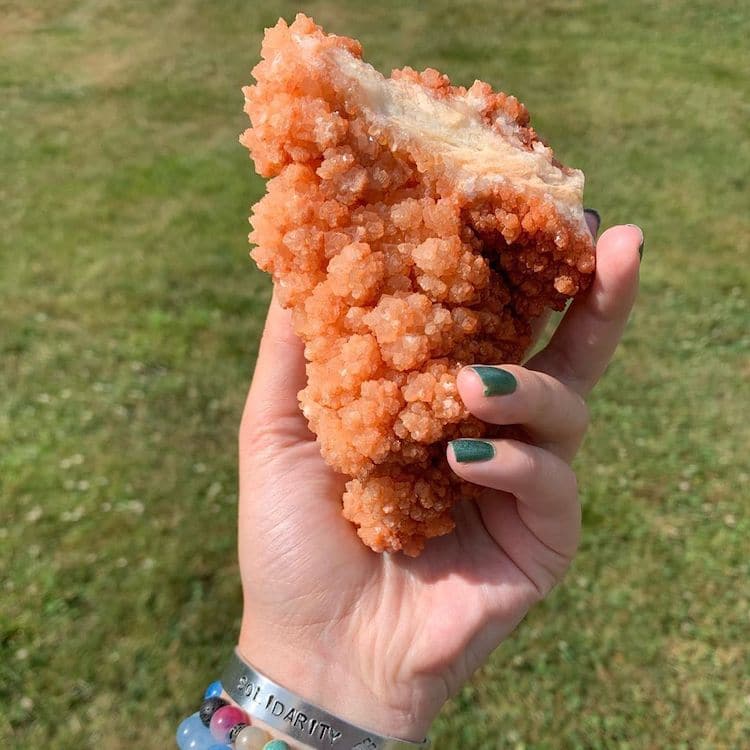 Who knew that a crystal could look so finger-lickin' good? Amelia Rude found out when she discovered an unusual crystal to add to her collection. Rude runs Unbeadable Energies, a gemstone jewelry business, and has a vast collection of over 700 crystals, but she never thought one of her finds would end up going viral.

After noticing that the crystal looked like a chicken tender, Rude posted the photo to the @forbiddensnacks subreddit. Then things took on a life of their own when a Twitter post pushed things over the edge with over 53,000 retweets and 284,000 likes.

While the crystal looks good enough to dip in barbecue sauce, it's actually quite inedible. So what are we looking at here? According to Rude, it's a red calcite cluster. This calcium carbonate mineral is one of the most common minerals on earth and is the basis of marble and limestone. Known for forming massive crystals, this mineral is also thought to enhance energy by releasing blockages from the body.

Apparently this crystal isn't the only one that disguises itself as a delicious treat. Twitter is now filled with crystals that look like everything from cheesecake to slices of ham. As for Rude, she's enjoying her “chicken tender” crystal's unexpected success.  “I knew it played a pretty convincing fried chicken,” she says, “so I expected it might get a thousand upvotes or so, but I was surprised when it took off the way that it did.”

This crystal looks so much like a chicken tender, it's hard to resist taking a bite. 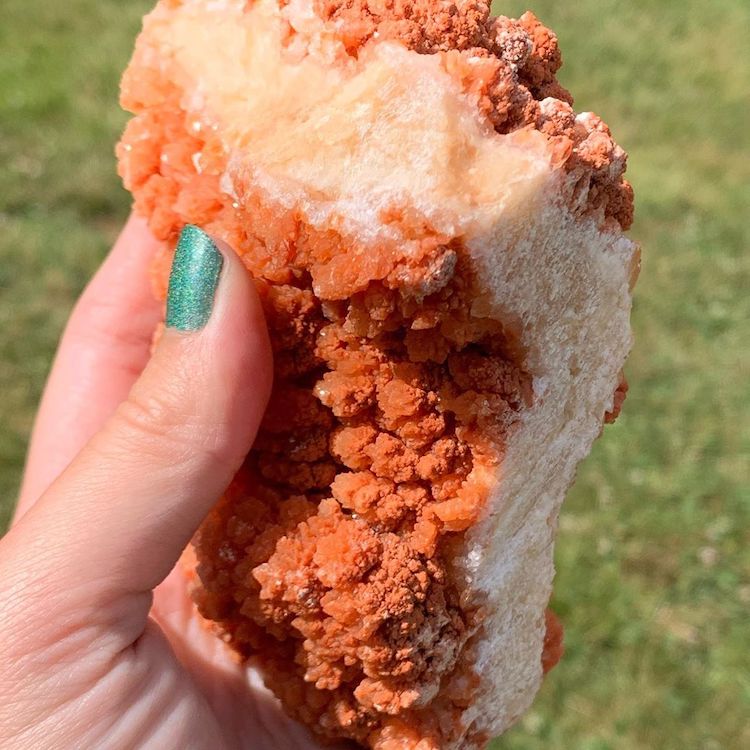 After being posted to Twitter, the crystal went viral.

Surprisingly, a lot of crystals look like food. Here are some more examples.

Try the grapefruit rock too pic.twitter.com/RLHXLijjFh

This would fit perfectly in my collection with chicken breast crystal pic.twitter.com/AMbXN9Rx04