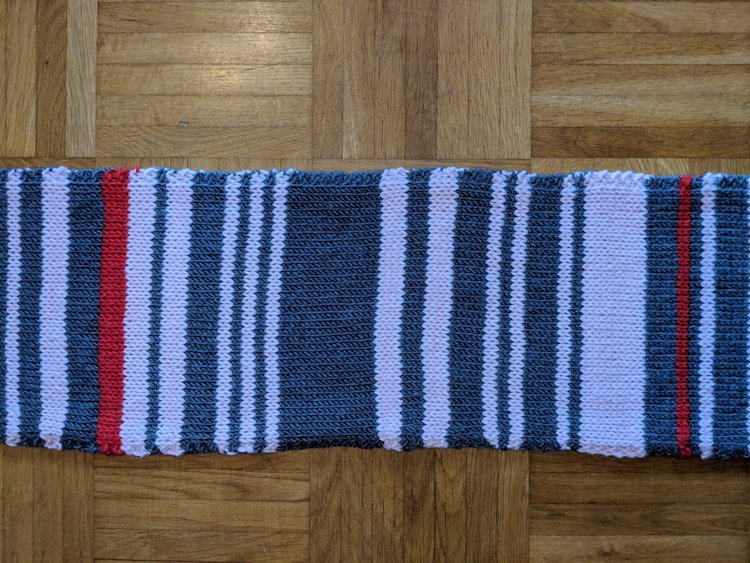 If you rely on public transportation, you've likely faced some frustrating situations, from re-routed buses to canceled trains. While it may feel as if no good can come from commutes plagued with problems, German knitter Claudia Weber has found a silver lining. Using her own daily experiences as data, Weber has creatively crafted a “rail delay scarf” that interprets delays as beautiful bands of color.

This one-of-a-kind accessory has been meticulously crafted over the course of a year. Sara Weber, Claudia's daughter, explains: “My mother is a commuter in the Munich area. And avid knitter. She knitted a ‘rail delay scarf' in 2018. Two rows per day: Grey at under 5 minutes, pink at 5 to 30 minutes delay, red if delayed on both trips or once over 30 minutes.”

Weber began creating the scarf last spring, when rail works began hindering her journeys. While, at first, these repairs had minimal impact on her commute, Weber's 40-minute trips to and from work became two-hour journeys by the summer. This shift is documented by the scarf; when read from left to right, it shows dark grey and pale pink stripes interrupted by a large red block, followed by consistent red stripes.

In order to share her mother's woes and work with the world, Sara posted pictures of the scarf on Twitter. After many positive reactions, the duo decided to auction the piece off on eBay, where it fetched an impressive $8,650.

So, what did Weber decide to do with her earnings? Fittingly, she donated all of the money to Bahnhofs Mission, a German charity that provides free assistance to people at train stations.

With her “Rail Delay Scarf,” German commuter and knitter Claudia Weber interpreted train and bus delays as a striped scarf.

The bands represent different delays experienced by Weber on a daily basis. 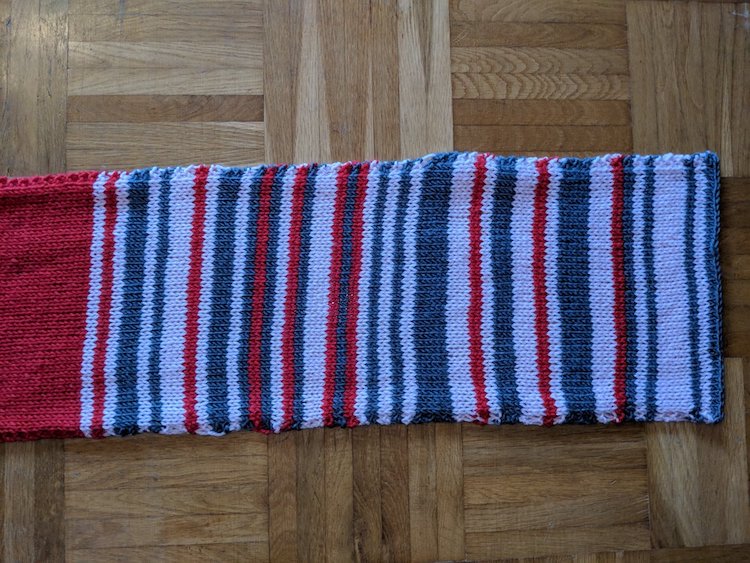 Gray indicates a delay of under five minutes; pink symbolizes a 5-30 minute hold-up; and red means she waited over half an hour or encountered halts in both directions. 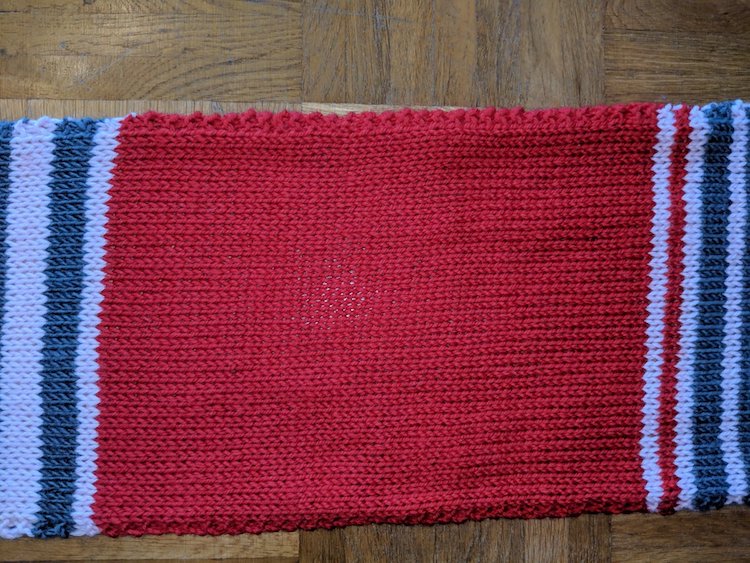