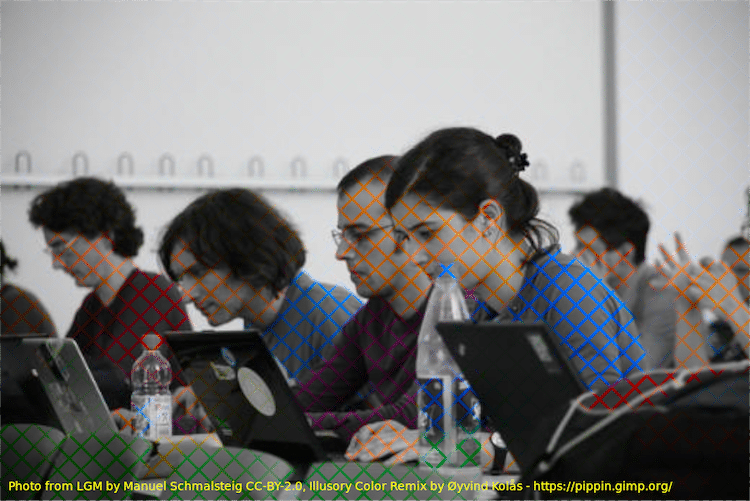 When “digital media toolsmith” Øyvind Kolås posted his latest visual experiment to Patreon, little did he know that he'd get the internet buzzing. Kolås seemingly transformed a black and white photograph into full color with a simple trick to fool the eye. By placing an over-saturated color grid over a black and white image, he plays with the concept of color assimilation.

Color assimilation, also known as the Von Bezold spreading effect, occurs when our brain transfers perceived colors to its neighbors. The effect can be enhanced when there are areas of high contrast and the brain fills in the colors that it perceives should be present. In particular, Kolås was intrigued by Munker's illusion, a type of color assimilation where horizontal stripes of different colors create the perception of different color tones.

“I came up with this illusion by experimenting with different patterns—and recently having worked on improvements for the saturation operation and being inspired by David Novick's Munker illusions,” Kolås shares.

Kolås also experimented with the effect of using lines and dots. “The raster of dots gives a nice analogy to halftoning as used in print, where color assimilation aids the optical mixture of colors that already happens before our visual system gets involved.” While lines can work, Kolås notes that they need to be spaced close together in order for the illusion to work.

For those who want to try the experiment themselves, Kolås has helpfully added an operation to GEGL and even created a video clip to show how it works with moving images.

Watch to see how color assimilation causes an illusion where we perceive black and white images as color. 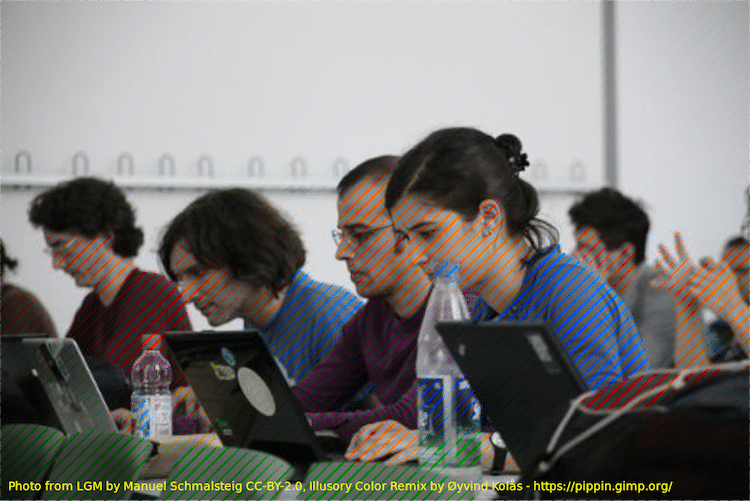 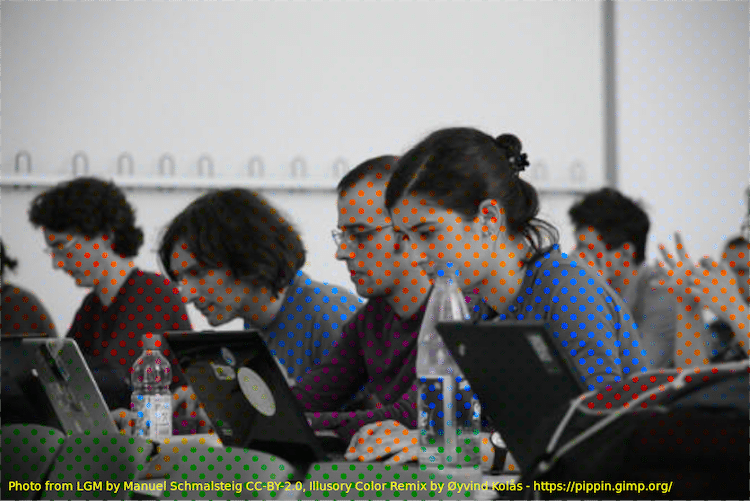 All images via Øyvind Kolås.