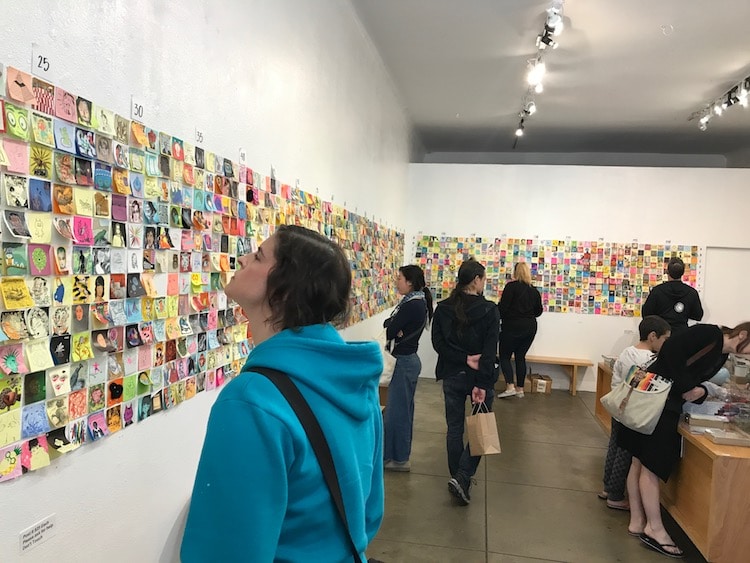 The Giant Robot Post-It Show is the stuff of legends. Each year, this Los Angeles-based gallery’s walls are plastered in Post-its, each one created by a premier artist. Audrey Kawasaki, Stella Im Hultberg, and Yoskay Yamamoto are among the list of esteemed artists this year, as well as Pop Surrealist painter Luke Chueh, The Simpsons creator Matt Groening, and so many more.

So how does this gallery get such big names to draw on Post-it notes? Eric Nakamura, the owner and operator of Giant Robot’s Universe, nurtures his friendships with both influential and emerging artists and shares his love with fans and curious onlookers. Nakamura is able to do this because he’s authentic, has a discerning aesthetic style, and understands how to promote and support both new and established artists and art lovers. The Post-It Show is a fan favorite because it makes the art extremely affordable and accessible. Over four hundred artists are challenged with Post-it notes as canvases (roughly 3,000+), and they are for sale for only $25 each.

Artists like Sean Chao aren’t afraid to adhere clay sculptures to their Post-its. Danielle Krysa uses collage and David Horvath graces his with the lovable Ugly Dolls. The entire walls of the gallery are lined in Post-its. Hyperrealism, pointillism… it’s all fair game. It's no wonder that art enthusiasts look forward to this show all year.  “It’s a fun tradition as well,” Nakamura tells My Modern Met. “I’m guessing a lot of folks see each other once a year at the Post-It Show and they bond over art. That’s cool. I think art works best when it brings people together and Post-It Show does that.”

Nakamura expands on the importance of Post-Its as an untraditional but perfect canvas. When the gallery walls are covered in the small pieces, they turn into a patchwork quilt of creativity. When a buyer brings a piece home, it’s the chance to own a high quality piece at an entry-level price. It’s also an important way for children to see that anyone can be an artist. It allows all to be inspired and shows the next generation that art is within reach.

Nakamura says, “I think Post-its are great since they’re ubiquitous items that people doodle on and at the same time provides a great medium that confines but at the same time challenges. Have you seen what people are doing on a 3×3″ piece of paper? It’s nuts.”

This year, Kawasaki painted her ethereal figures onto the tiny canvases and they lasted mere minutes on the gallery walls before they were sold to grateful fans. As someone who could appreciate the draw of an event built around these square sheets of paper, Kawasaki tells My Modern Met, “I think the Post-It show is a great way to provide super affordable art to fans who might otherwise not get the chance to acquire one. It’s also such a great way for the hundreds of participating artists to come together in this unique and quirky way.” Additionally, she admits, “I like Giant Robot, and I like Eric that runs it. There’s a nice sense of community there. I used to visit the Giant Robot store when I was young, and I always appreciated their selection of items and artists they work with.”

Following Kawasaki’s high praise, it should come as no surprise that people have been known to line up outside of the Los Angeles storefront, some sleeping outside for days. Nakamura remembers the first time someone lined up in 2017. It was a fellow from New York who flew to Los Angeles and didn’t even book a hotel. Instead, he went straight to Giant Robot and went to sleep on the sidewalk in front of the store. For any potential doubters, Nakamura verified the sight with his webcam. He says, “I turned the webcam on him and, in the early AM, he’s laying there right on the sidewalk facing the sky.” He knew then that he was on to something huge (albeit in a small package).

Each year, a long list of renowned artists participate, putting their art on Post-it notes and selling them for only $25.

Among this year’s esteemed roster is Audrey Kawasaki… 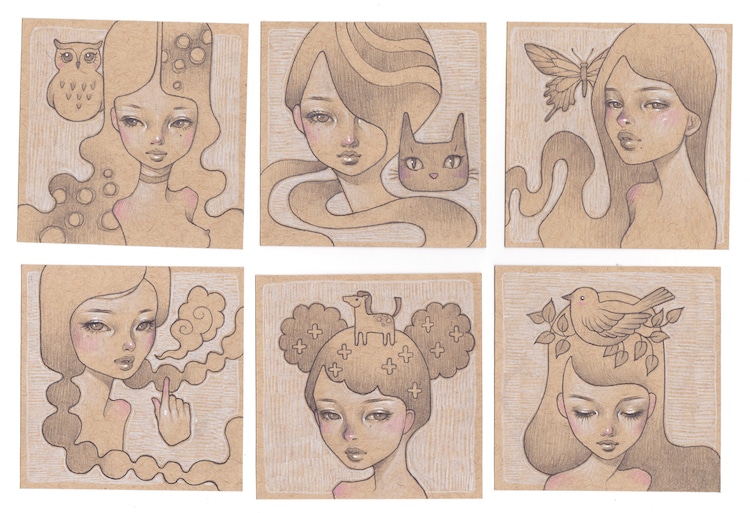 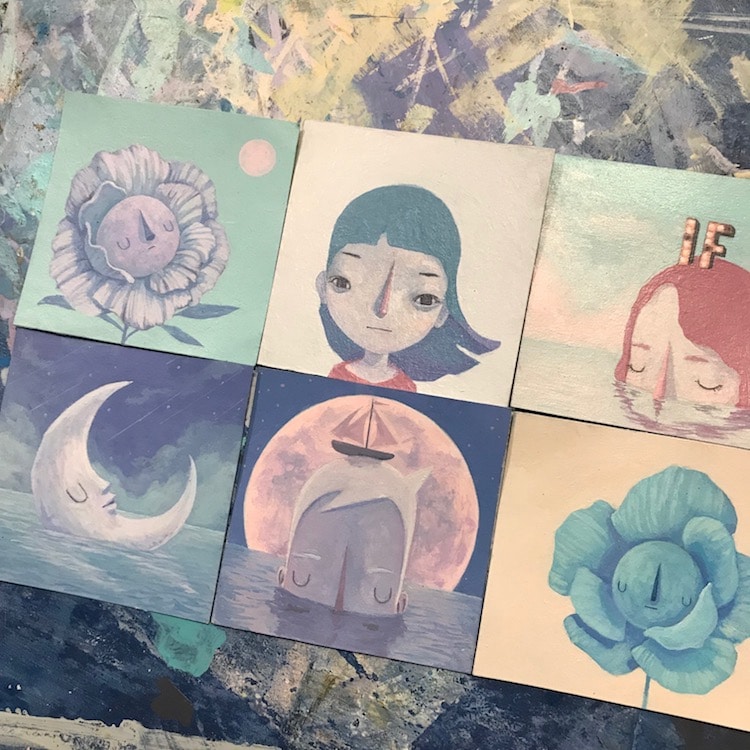 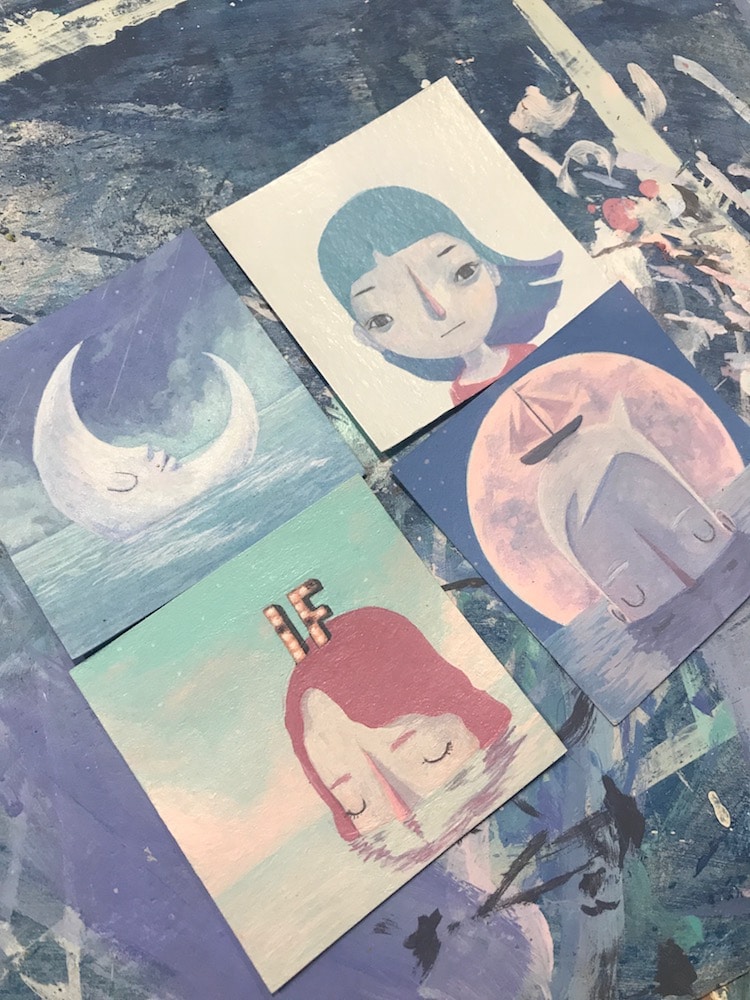 And so many more incredible artists. 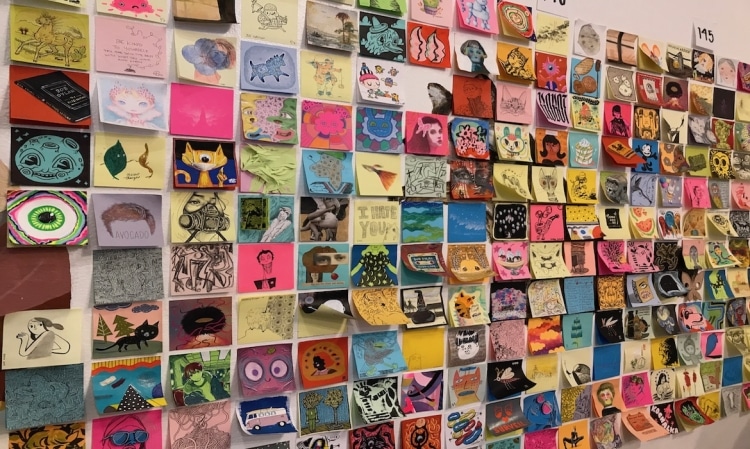 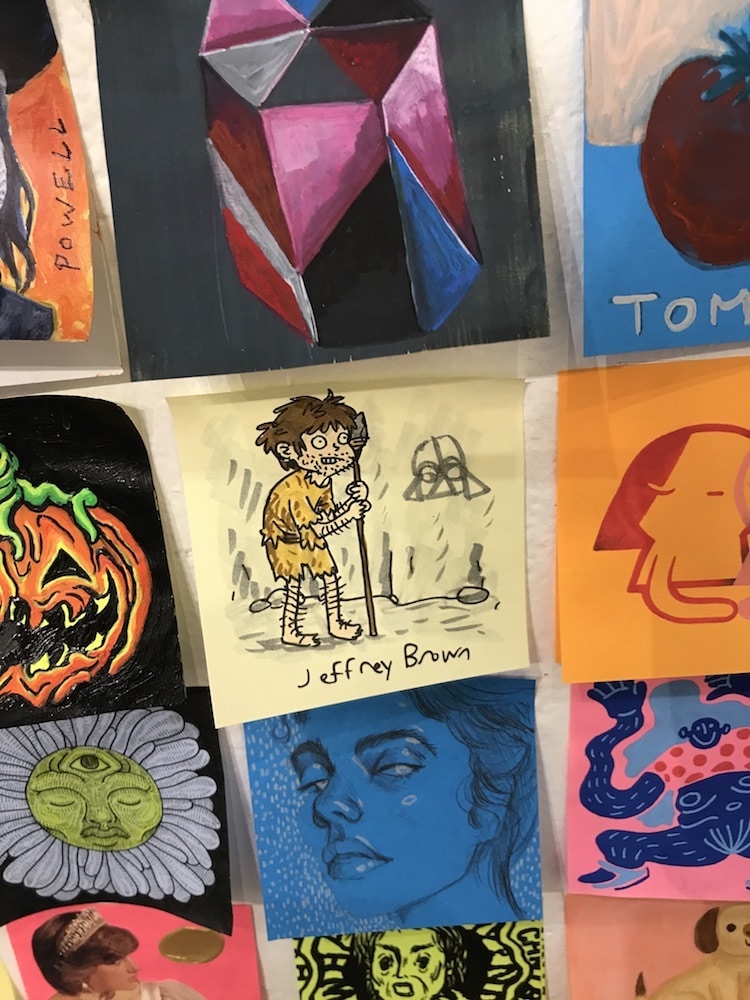 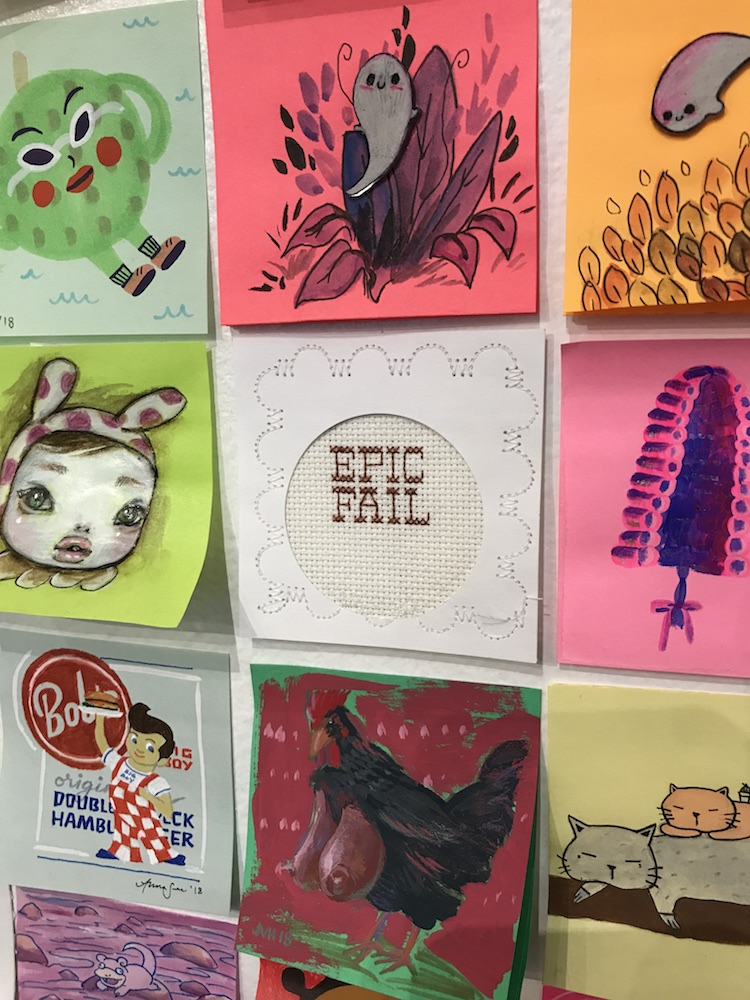 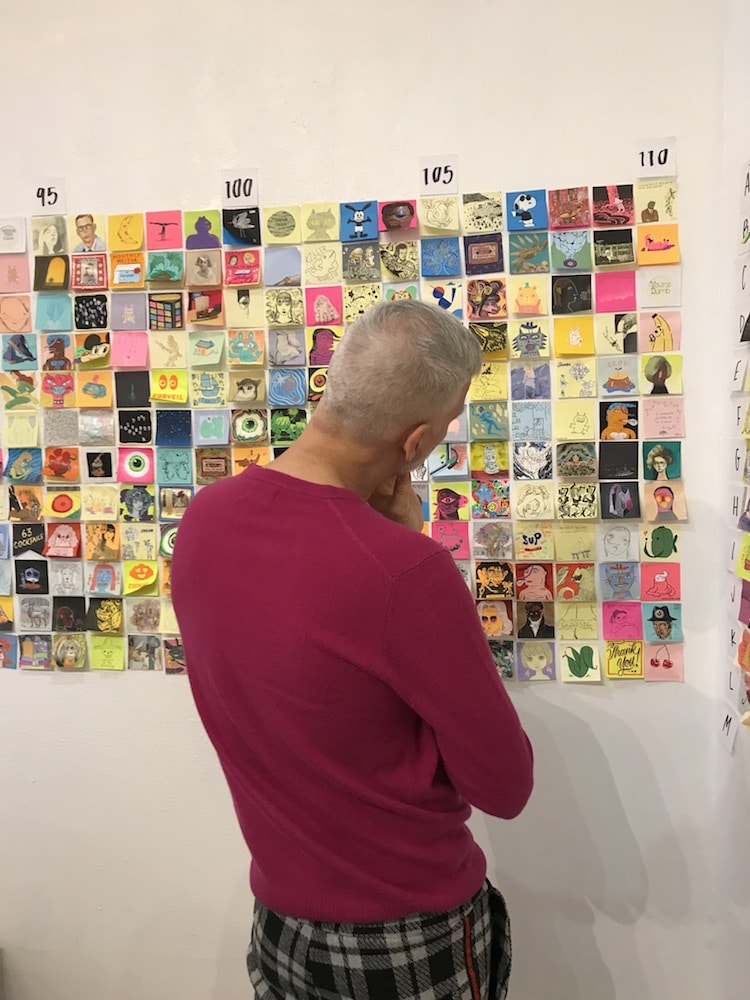 My Modern Met granted permission to use photos by Audrey Kawasaki and Yoskay Yamamoto.