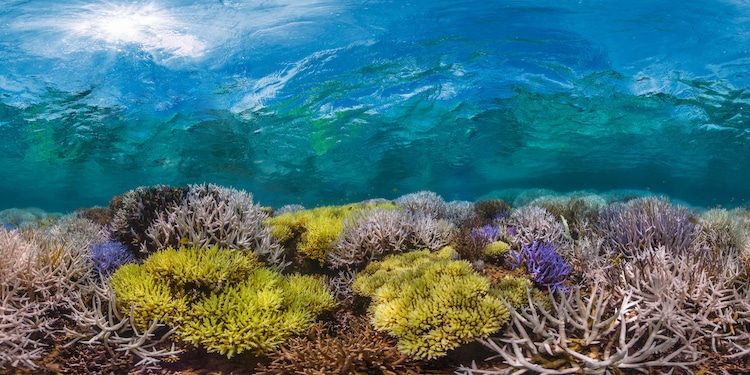 When Pantone announced Living Coral as the 2019 Color of the Year, many were quick to point out the irony given the dire situation of our oceans. Over the last 30 years, 50% of the world's coral reefs have been lost, stripping us of a valuable ecosystem. Now, Pantone, Adobe Stock, and non-profit The Ocean Agency have come together to draw attention to this plight with Glowing Glowing Gone. For this campaign, a set of three colors matching the fluorescent tones coral give off just prior to death have been released to the public.

This phenomenon, known as coral fluorescence, is the species' “last line of defense” before succumbing to bleaching and was captured in vivid detail by The Ocean Agency when filming their award-winning 2016 documentary Chasing Coral. “Only a handful of people have ever witnessed the highly visual spectacle of corals ‘glowing’ in vibrant colors in a desperate bid to survive underwater heat waves,” says Richard Vevers, founder of The Ocean Agency. “Yet this phenomenon is arguably the ultimate indicator of one of our greatest environmental challenges—ocean warming and the loss of coral reefs.” 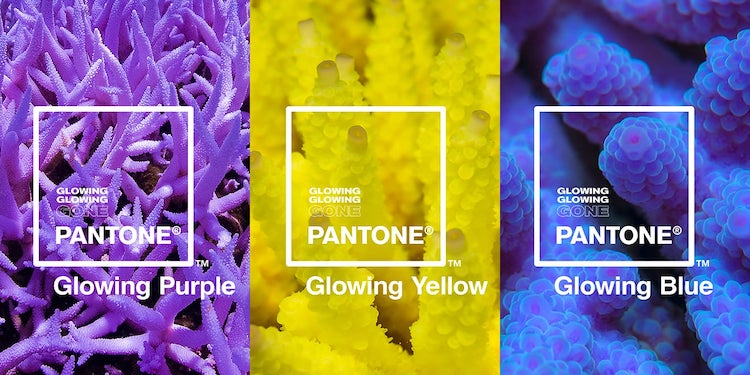 The incredible blue, purple, and yellow tones radiate color, but while beautiful to look at, they're also a striking reminder of what's at stake. In curating a collection based around Glowing Blue, Glowing Purple, and Glowing Yellow, Adobe Stock is once again reminding the public of how great design can also have a social impact. That impact has already been felt from the time of Living Coral's announcement as Color of the Year. The buzz generated around the issues with coral shows how deeply connected nature and color are and how certain colors are able to evoke strong feelings.

“Living Coral is naturally exquisite, but ironically, it is the illuminating glow radiating from the dying coral that is demanding our attention,” says Laurie Pressman, VP of the Pantone Color Institute. “It is as if the corals are sending a color-coded SOS that says, ‘Please look at me; I need you to notice before I slip away.’ In that sense, these incredibly vibrant colors could be considered the colors of the climate crisis.”

Glowing Glowing Gone's challenge to creatives is to use these colors, as well as Adobe Stock Images by The Ocean Agency, as a call to arms. By subtly reminding the public of what we risk losing, the hope is that this heightened awareness will provoke change. To that end, they're asking creators to share their work using the hashtag #GlowingGone.

Pantone, Adobe, and The Ocean Agency have released tones inspired by fluorescent colors coral give off just prior to death. 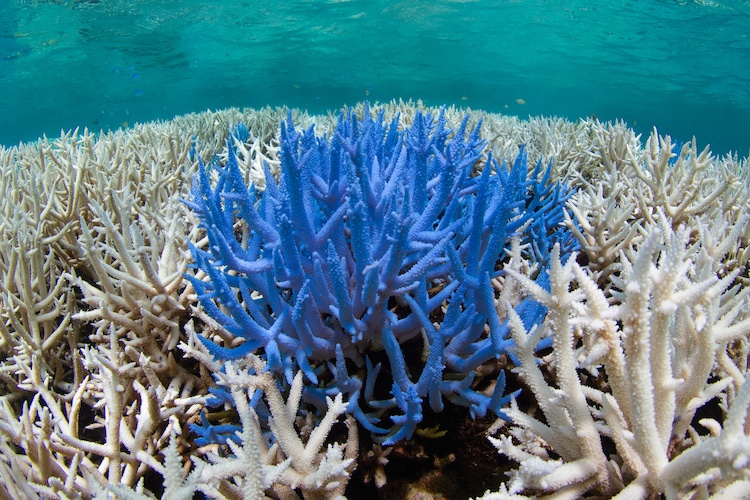 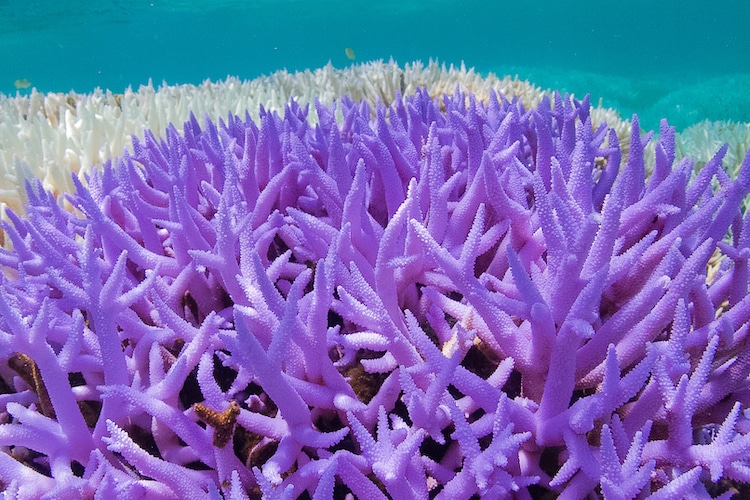 They hope the campaign will raise awareness about the health of coral reefs. 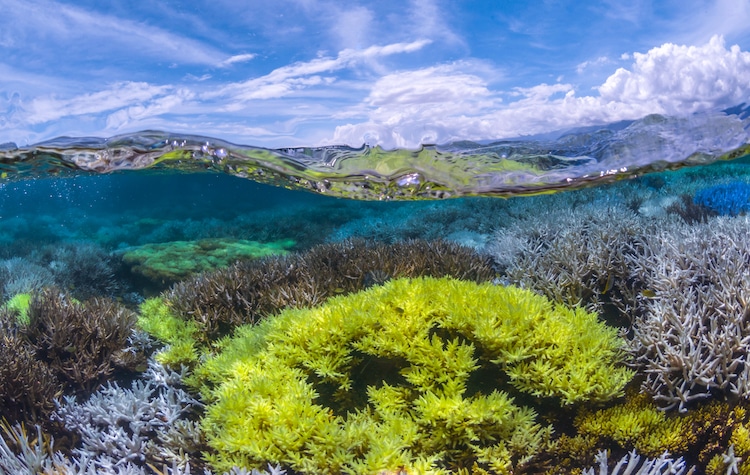