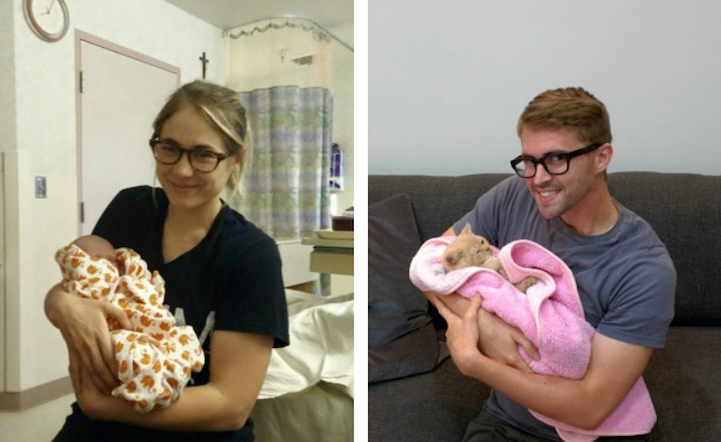 Some of the best gifts are the ones you make yourself. 28-year-old Gordy Yates has never been great about giving his twin sister Meredith a gift on their birthday, whereas she excels at it. “No matter where I've lived, she's always either sent the gift in a package or saved it to give to me later,” Yates wrote on his blog. He says that is partially because they live very different lives: he is single, frequently travels, and lives abroad, while Meredith is more settled–married with two kids.

This year, however, Yates decided to make a truly special gift for his sister. Knowing she's very involved with social media, he recreated 28 of the photos she posted this year. Of course, being a mom, many of these pictures included her children. This proved to be no problem for the childless Yates–he improvised by replacing a tiny human with a cat!

Having just moved to Taiwan, Yates doesn't own a pet, so he had to borrow a cat from a family he met at church. But judging by the delightful photos, the feline-human swap worked out well. The two are roughly the same size and, as Yates explains, have a lot in common. “They both like to eat off of and crawl on the floor, they both like to bite me, they're both really small, they're both really hard to control, and I can't give birth to either of them,” he told Babble.

Meredith loved her brother's photos, so it seems that he's set the bar high for any future gift giving! 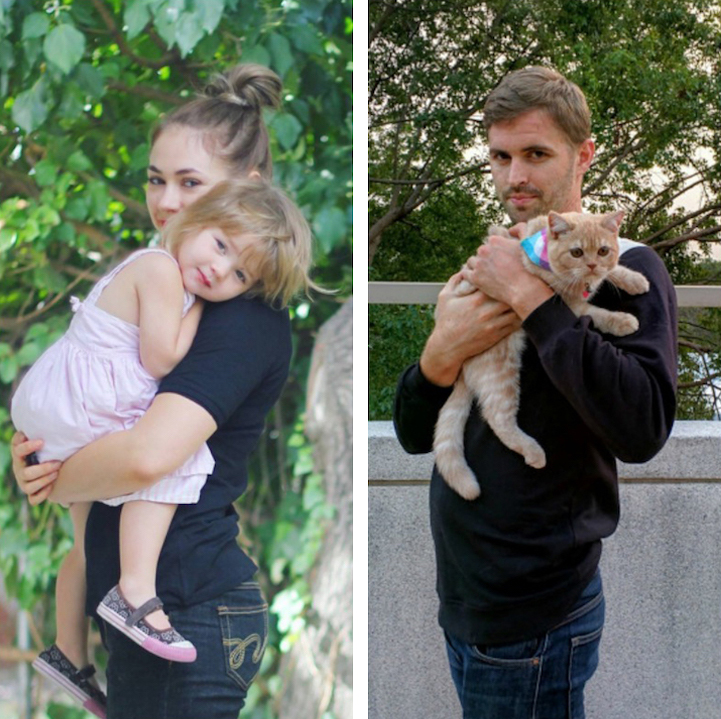 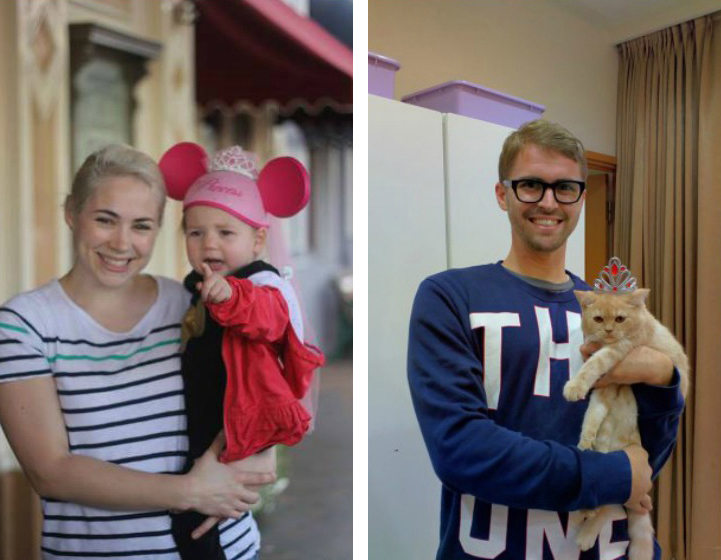 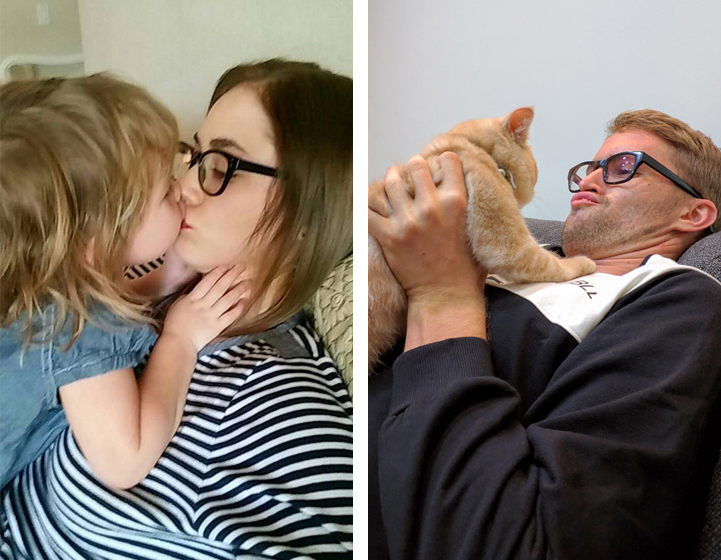 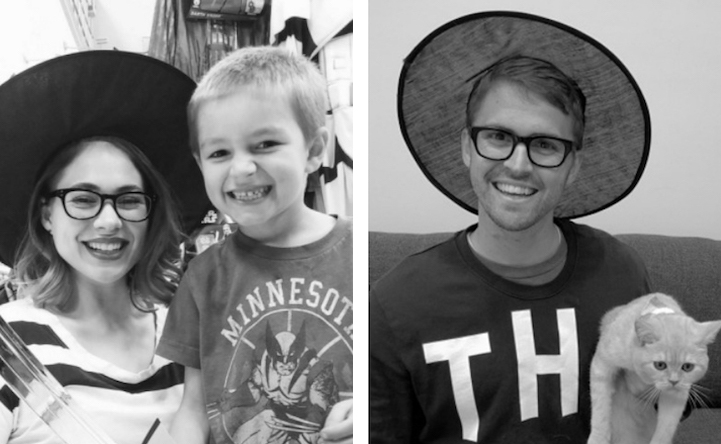 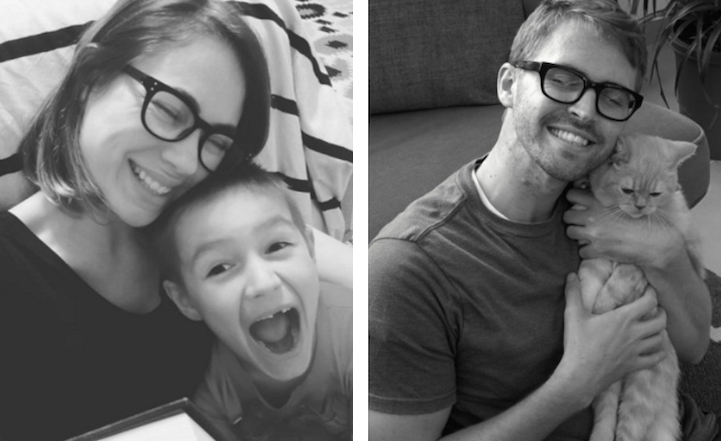 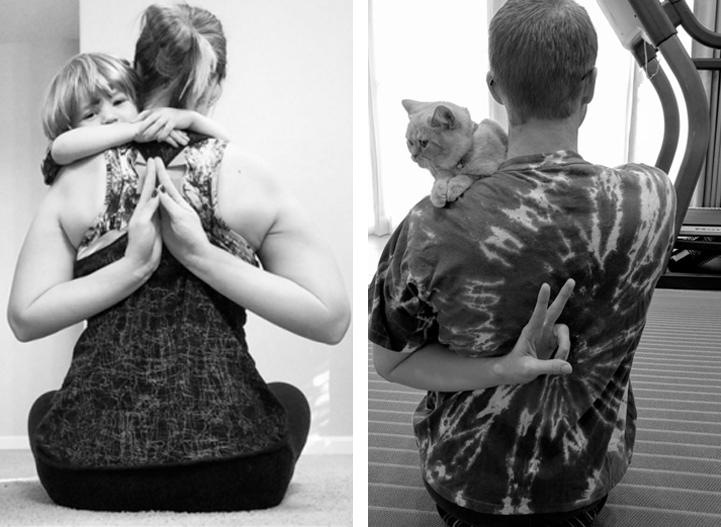