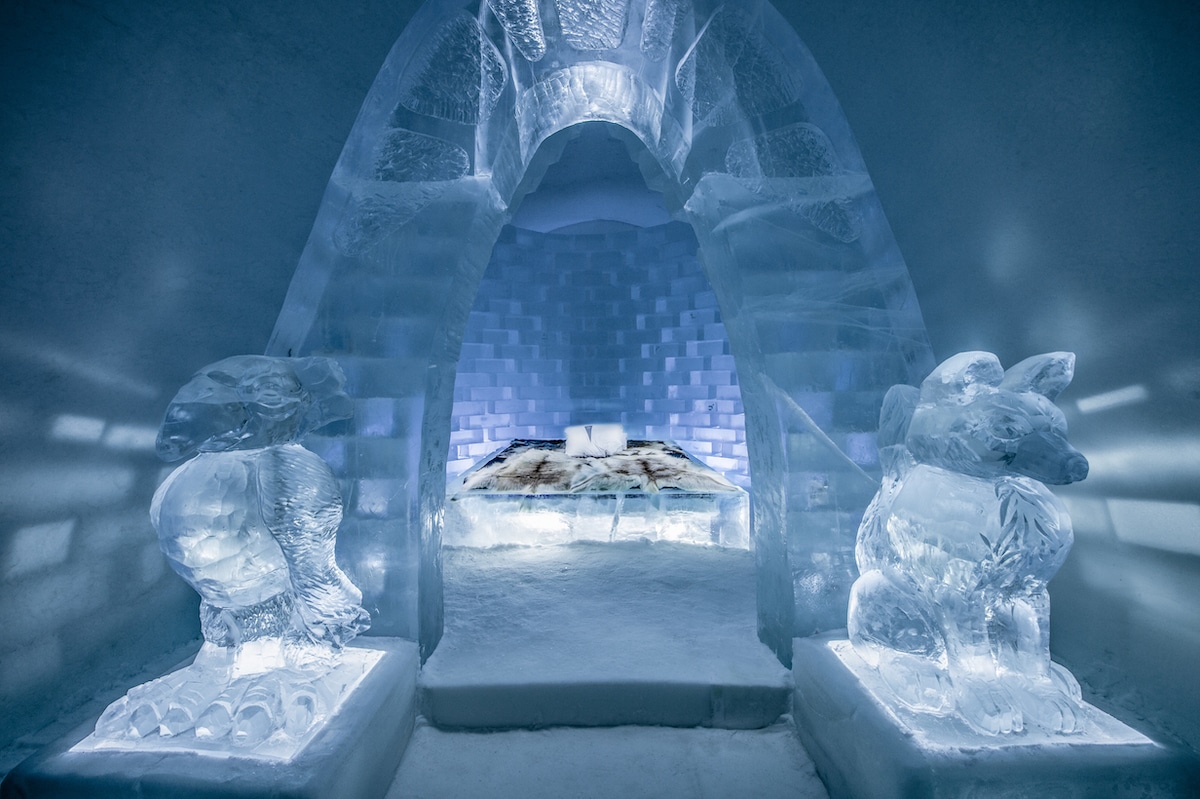 When Sweden's Icehotel opens its doors to visitors in December, it will be welcoming guests into a very special season at the groundbreaking hotel. Thirty years ago, in 1989, Icehotel offered a revolutionary experience by opening to the public, allowing guests to stay in a structure made of ice and snow. The unique hotel has been pushing boundaries ever since by asking designers to create special art suites each season. And for Icehotel's 30th anniversary, the designs are better than ever.

Eighteen design teams from around the world will contribute to the 2019 Icehotel interiors. This includes the art suites, main hall, Icebar, and ceremony hall. Over 125 projects were submitted for consideration, and many of the design teams for this important season have a history with Icehotel. For instance, Icebar designers Luc Voisin and Mathieu Brison first worked on a project with Icehotel in 2012. Their celebratory Icebar is titled Torneland and plays on a carnival theme to celebrate the nearby Torne River, where 5,000 tons of ice are sourced annually to create the entire hotel. 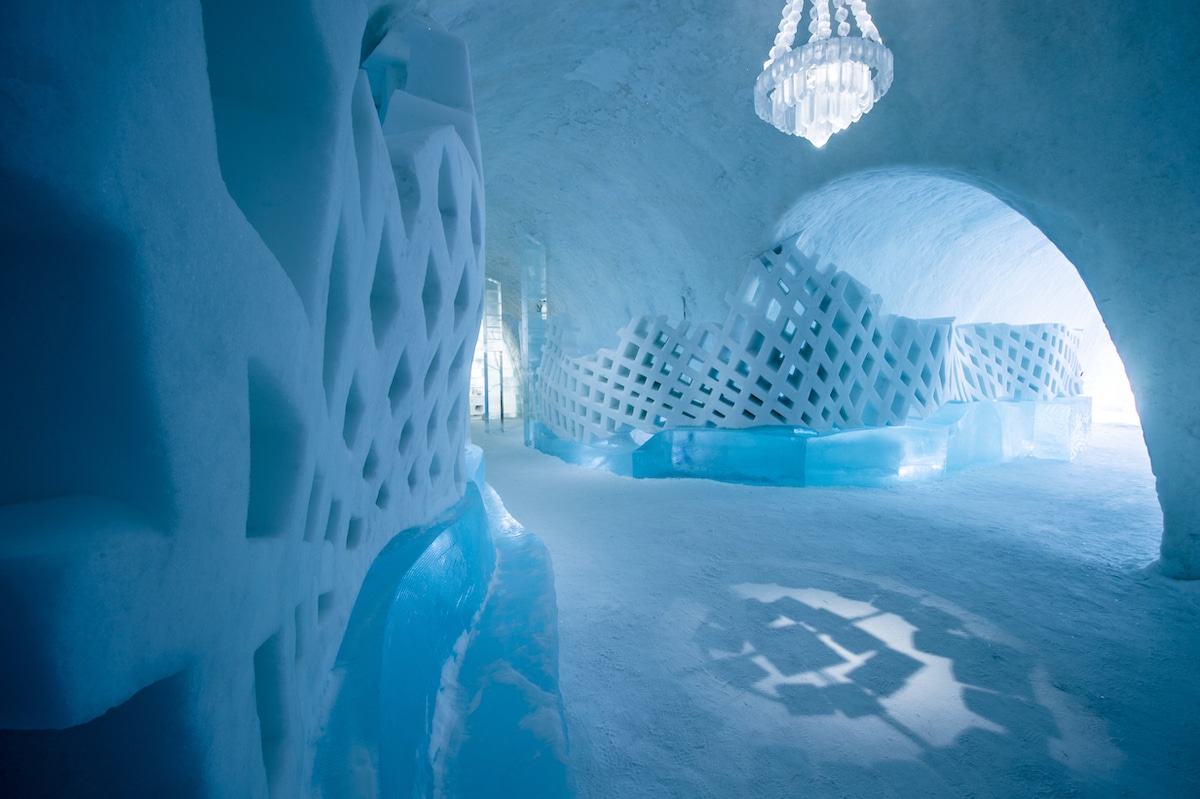 All of the teams will make their way to Jukkasjärvi, a village about 100 miles north of the Arctic Circle, in mid-November to start work on their projects. In total, artists from 34 countries will work to produce the spectacular vision of the 2019 Icehotel. While many of the teams include artists with backgrounds in sculpture, architecture, and interior design, Icehotel also selected teams with different specialties. Psychology and game design are some of the other unique fields that are represented in the winning sketches.

When the doors of Icehotel open on December 13, 2019, visitors will be able to appreciate the final vision of these skilled artists. But for now, take a look at some of the sketches that give a glimpse of what's in store for the 30th anniversary of Icehotel Sweden.

For the 30th anniversary of Sweden's Icehotel, 18 design teams will work to create interiors from ice and snow. 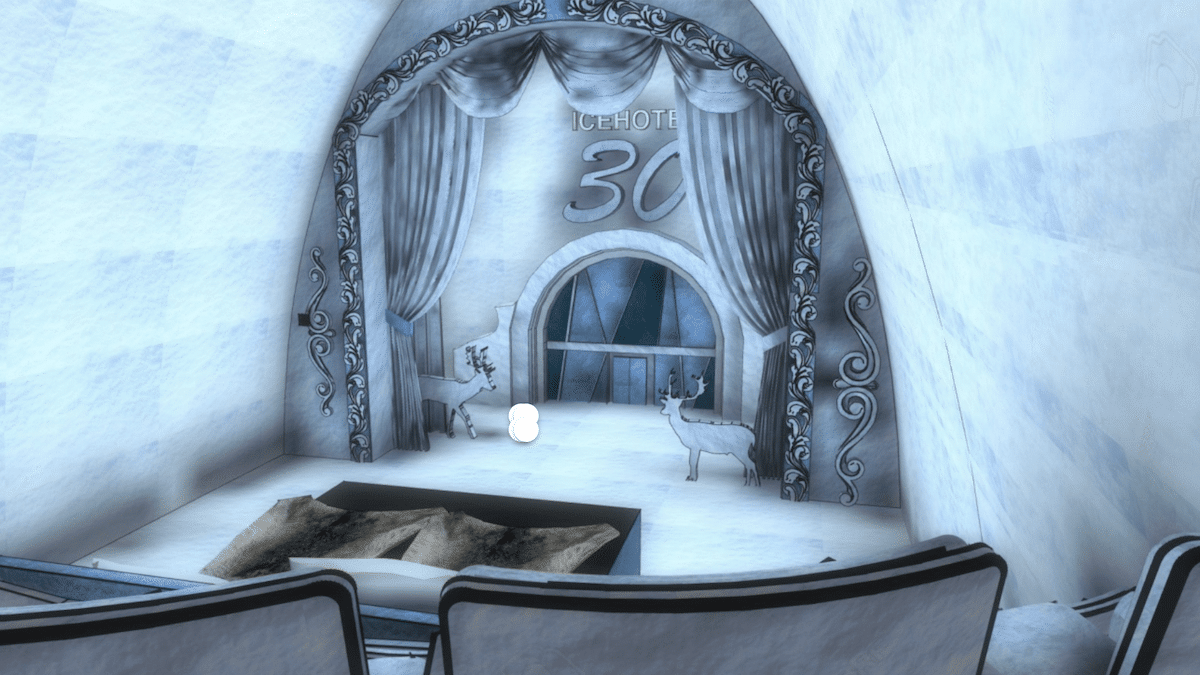 A Night at the Theater. Designed by Jonathan Paul Green and Marnie Green. 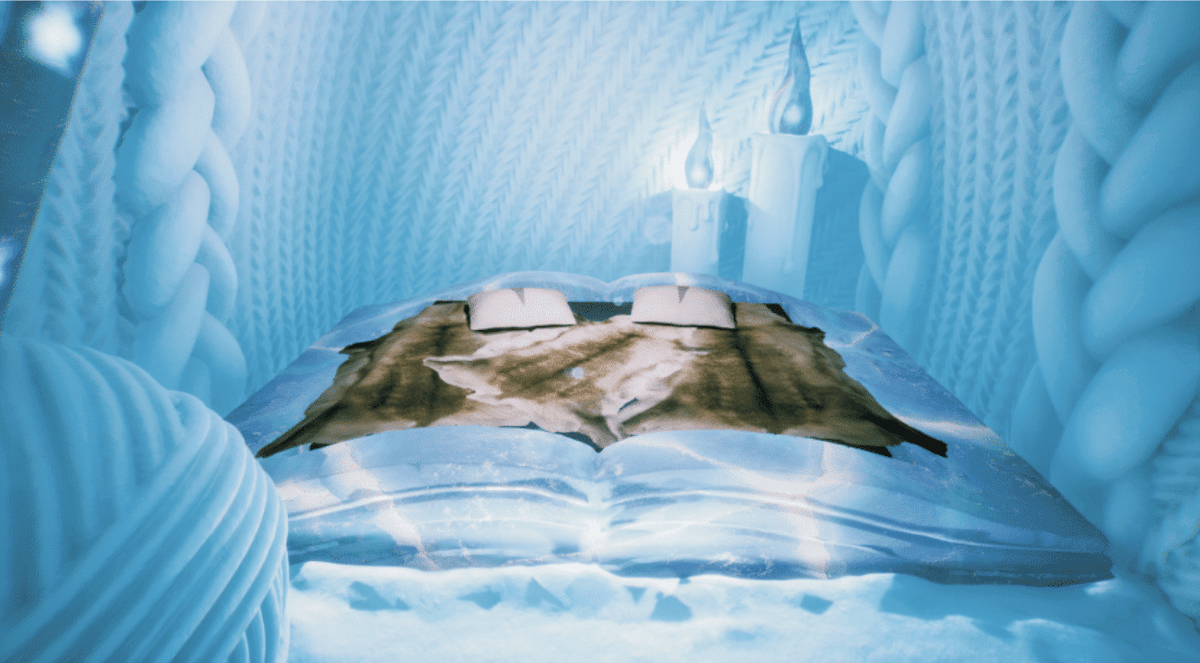 Warm Up. Designed by Tomasz Czajkowski and Aleksandra Pasek. 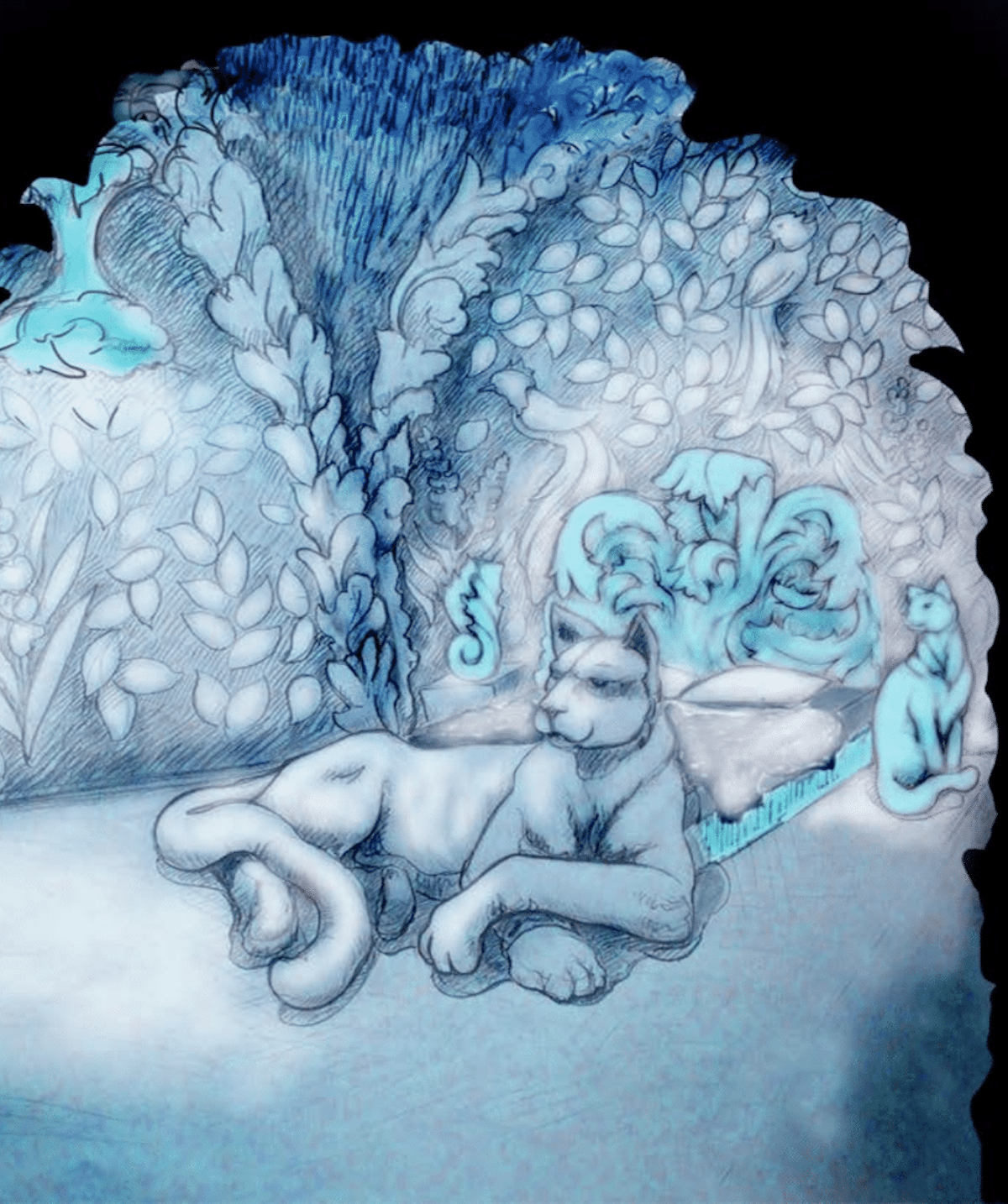 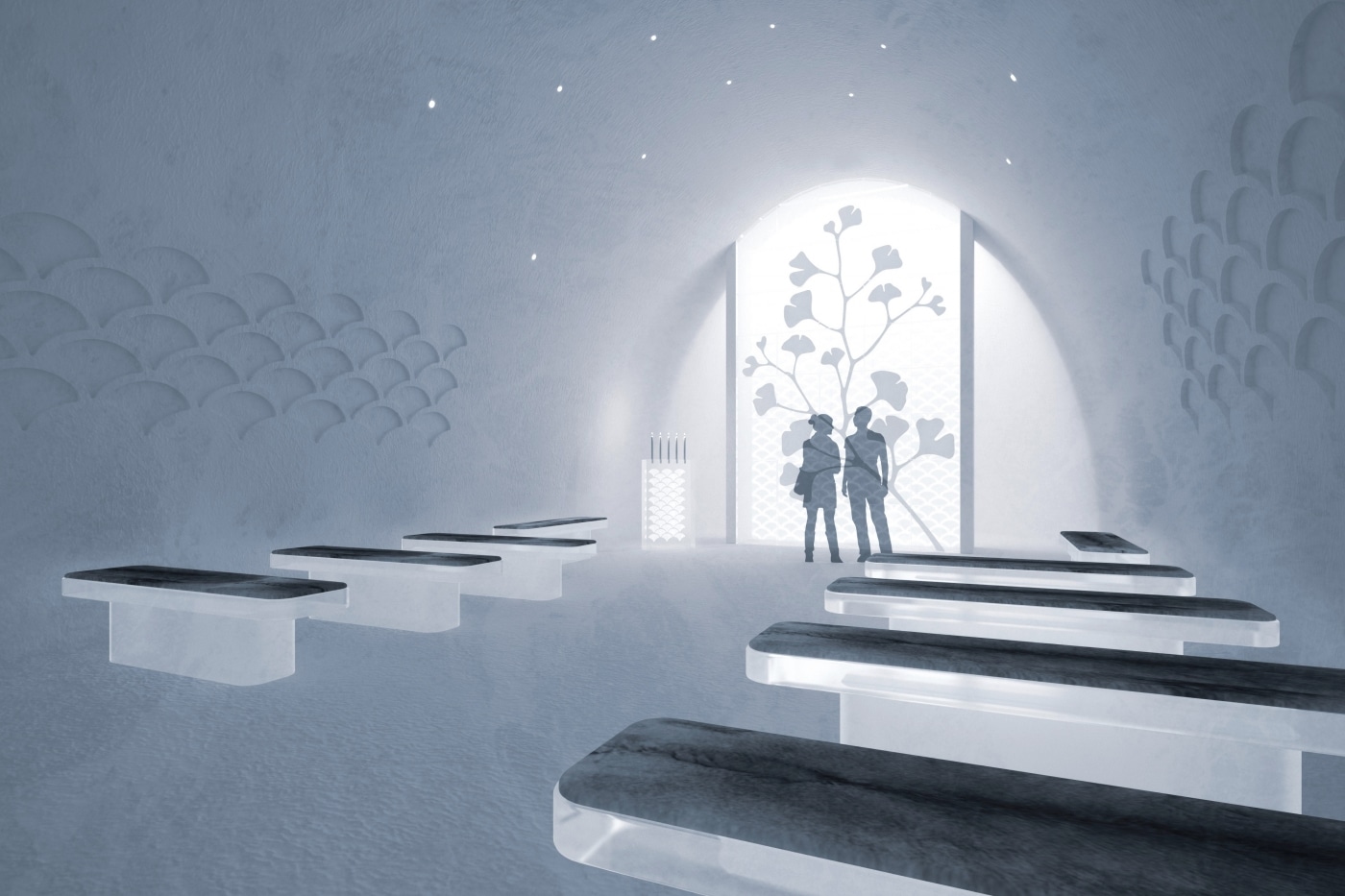 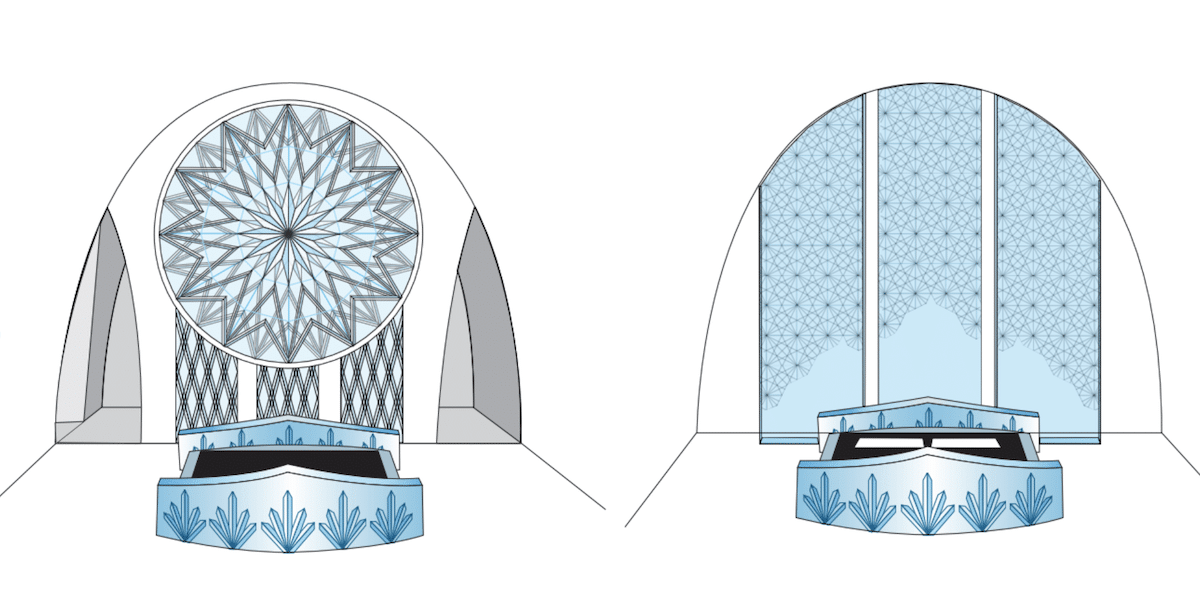 Some designs were inspired by the nearby Torne River, where the ice to build the hotel is sourced. 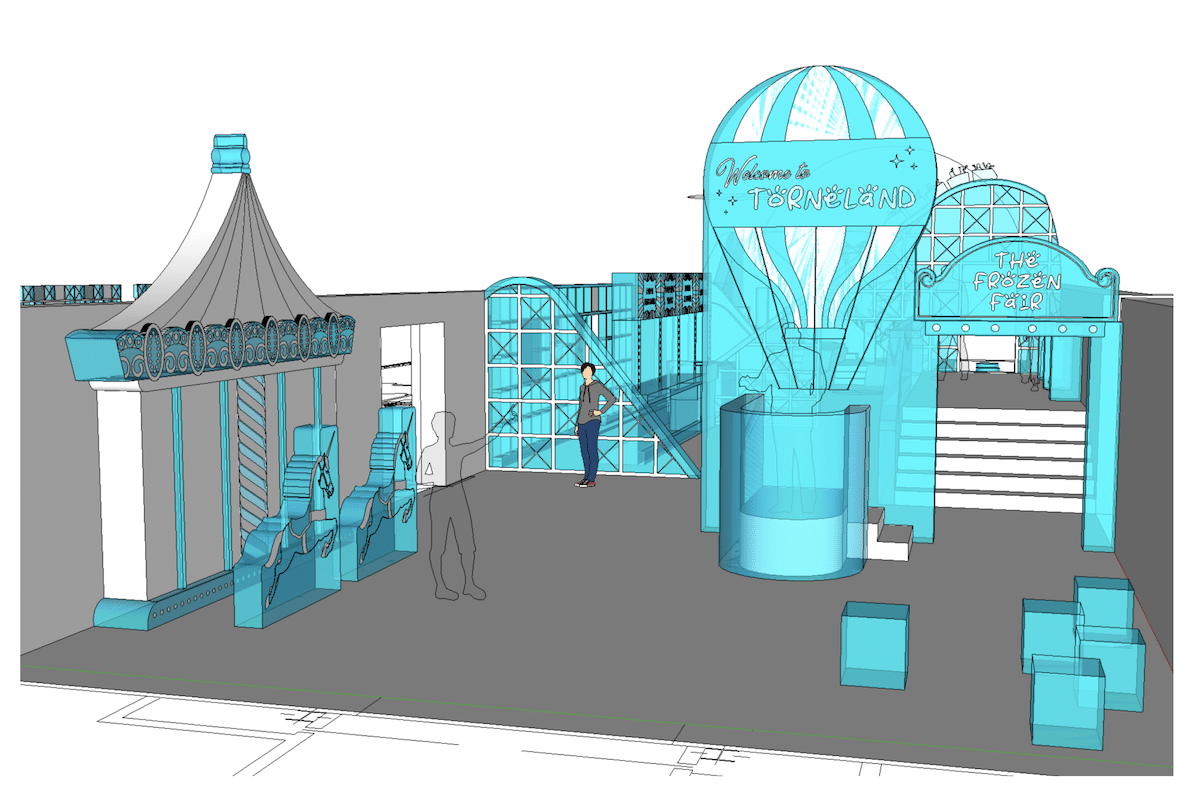 Echoes of the Torne River. Designed by Francisco Cortés Zamudio. 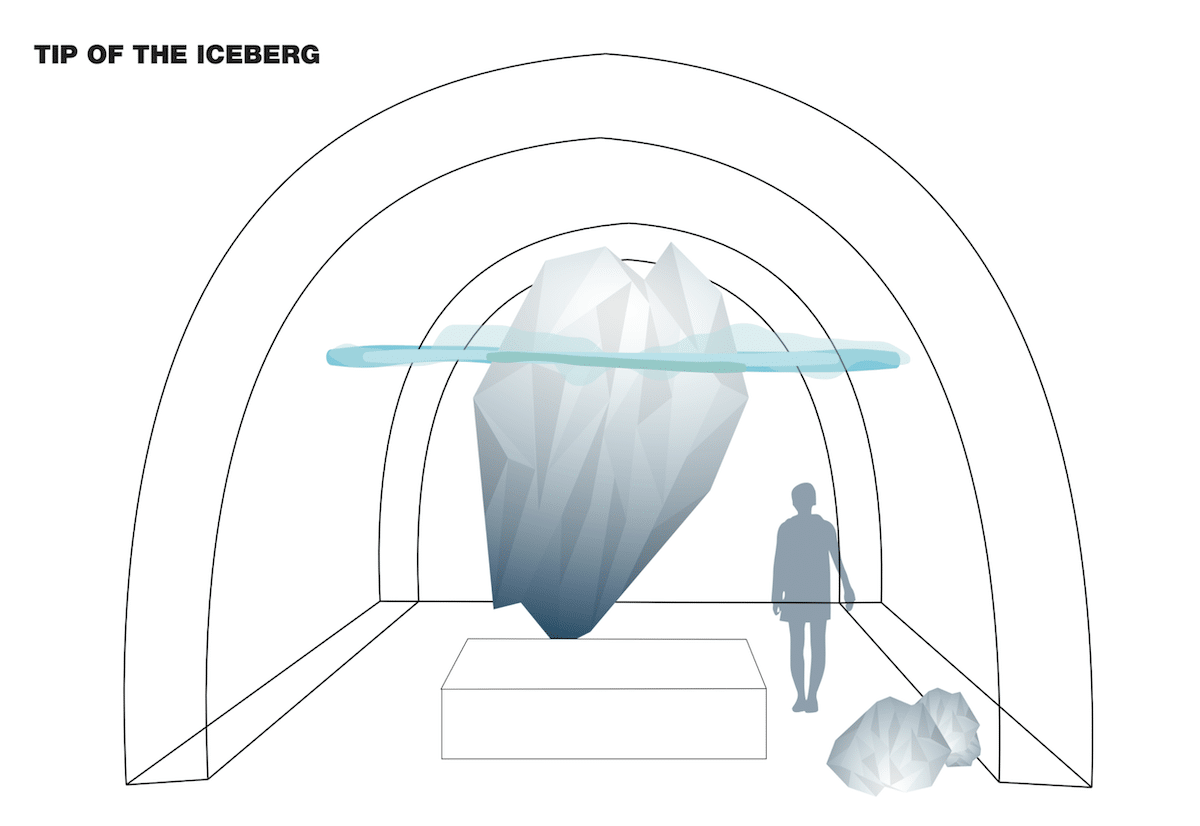 Tip of the Iceberg. Designed by Franziska Agrawal.

Work to bring the teams' creative vision to life will begin in mid-November. 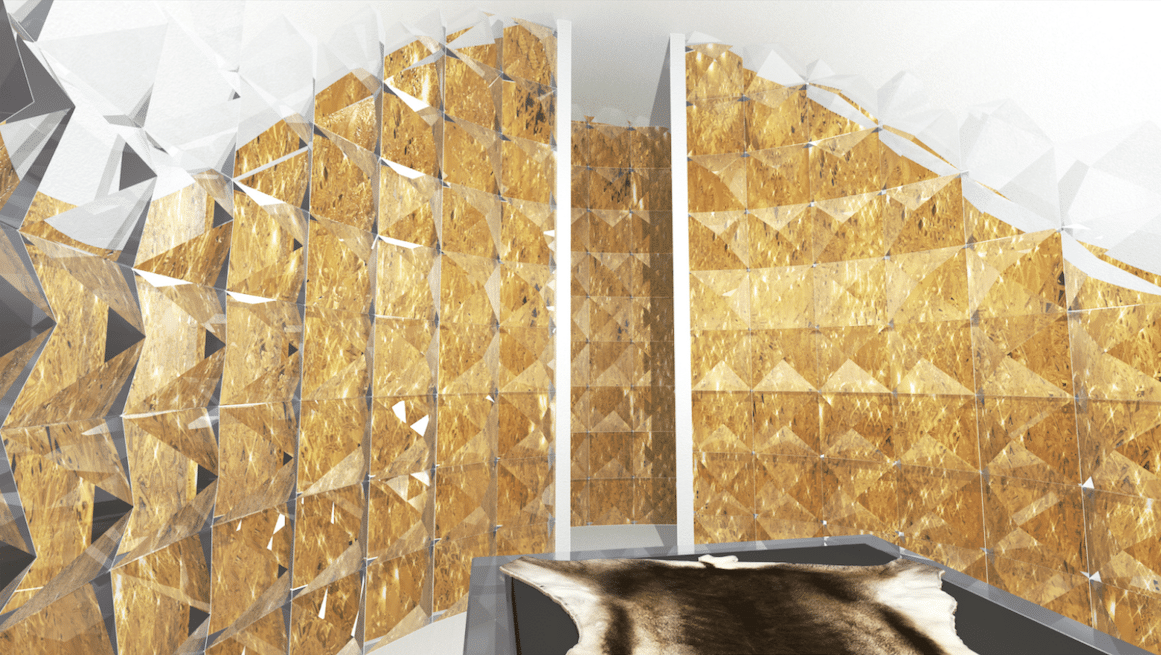 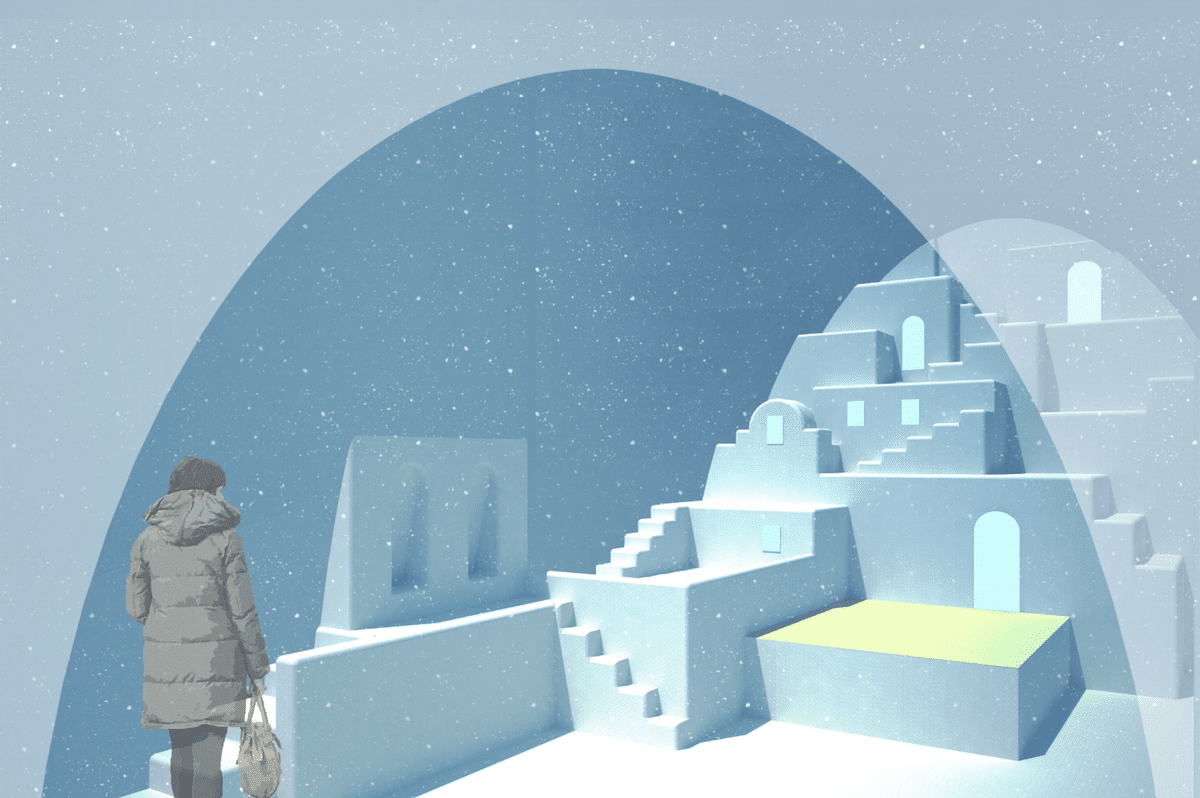 My Modern Met granted permission to feature photos by Icehotel.

Excited by these icy designs? Share
Like My Modern Met on Facebook
Get Our Weekly Newsletter
Become a
My Modern Met Member
As a member, you'll join us in our effort to support the arts.
Become a Member
Explore member benefits