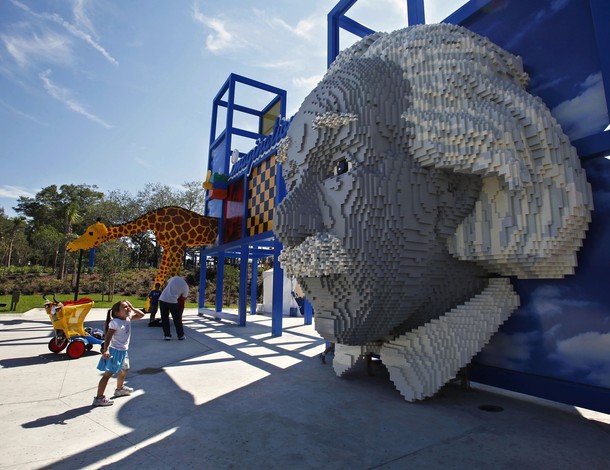 This past October, Legoland Florida opened to the public, targeting families with children ages 2 to 12. With about 50 million bricks used, it is the fifth and largest Legoland in the world with 50 attractions in 10 themed areas.

According to Legoland Florida Master Builder Jason Miller, two of the biggest construction projects at the park were a brontosaurus near the park's entrance and a bust of Albert Einstein which greets visitors at the Imagination Zone, each of which required six to seven builders working for four months to complete. The impressive “grayscale” Einstein sculpture stands 20-ft tall and 10-ft wide. A nice, modern tribute to one of the greatest minds to have ever lived. 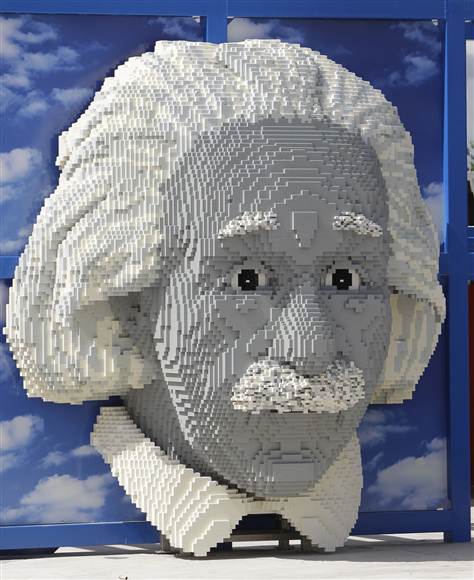 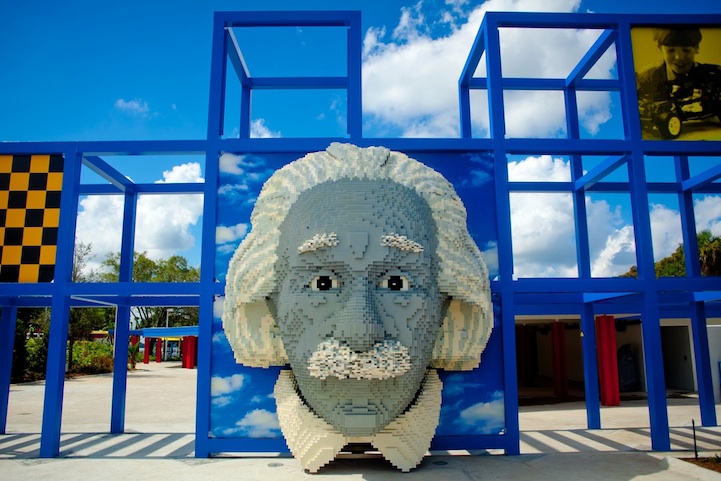