Interview: This Man Is Caring for the Last Two Northern White Rhinos on Earth 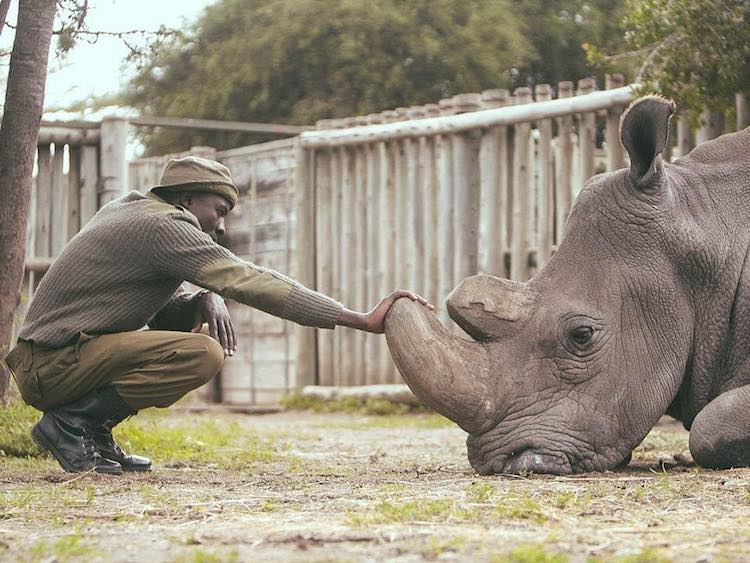 Every day, an ever-growing number of plant and animal species risk extinction. While most of us only occasionally face this fact, James Mwenda, a conservationist at Kenya's Ol Pejeta Conservancy, deals with it on a daily basis. Tasked with the job of protecting two critically endangered northern white rhinos, Mwenda's role as a caregiver carries a lot of weight—especially since this pair is the last of their subspecies.

Since 2013, Mwenda has taken care of the conservancy's rhinos, including three members of the northern white subspecies: females Najin and Fatu, and Sudan, a male. Tragically, Sudan passed away last year, leaving no remaining males on the planet, and, consequently, emphasizing the importance of Mwenda's work.

“My eyes were opened to the reality and I realized caretaking was more than just a job. It was much more than that,” he says. “The sad reality of what Sudan stood for was a real picture of what extinction looked like. I wonder to myself why are we doing this? What should we do? What lessons do we need to learn from this? Is the world learning from him? He represented much more than just one rhino. What he stood for is huge.”

Since Sudan's death, Mwenda has continued to care for Najin and Fatu. While protecting this pair is undoubtedly rewarding, it is also emotionally taxing; with Sudan out of the picture, the only way these creatures can reproduce is through in vitro fertilization. Though Mwenda is optimistic about this method, his hope is that telling Sudan's story can prevent this situation from happening in the future—both in the white rhinoceroses species and beyond.

We had the chance to speak to Mwenda about his amazing work at Ol Pejeta Conservancy. Read on for My Modern Met’s exclusive interview for a glimpse into his work, from his daily routine to his hope for the future of the subspecies. 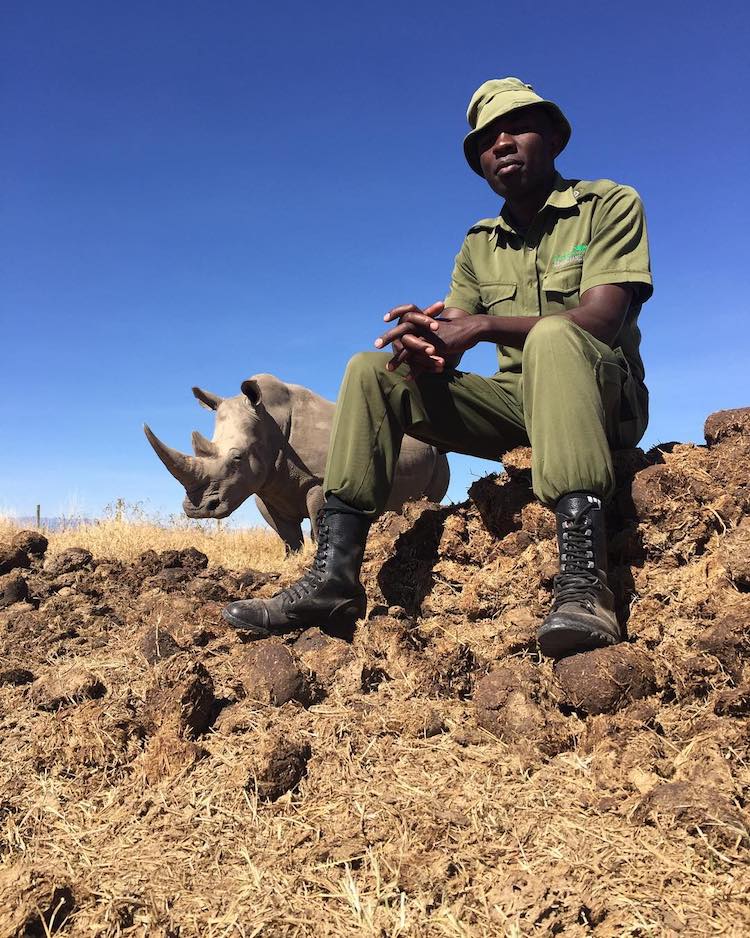 What sparked your interest in wildlife conservation?

I grew up in an area close to Mount Kenya and we had a lot of conflicts with elephants within our community. The elephants would come and eat away everything that we had, so people had a lot of anger toward the elephants. So, I grew with a passion and a desire to learn about elephants, and that made me desire to become a conservationist.

Unfortunately, for one reason or another, I wasn't able to make my way through school in proper time. After finishing high school, I couldn't afford to go to university, so I decided to go and look for a job that would complement my dream. And that's how I ended up working at the conservancy—where I've now been working for six years. 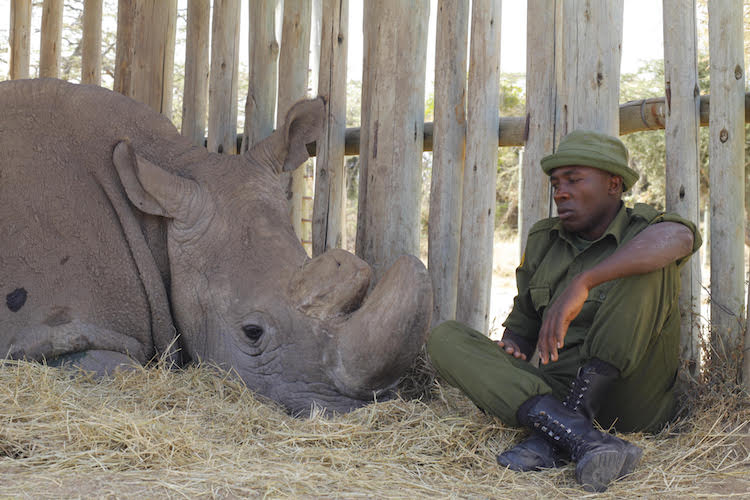 As the carer of the last two northern white rhinos at Ol Pejeta Conservancy, what does a typical day entail?

My day entails waking up very early in the morning and checking on the girls, who we've closed in a special area for the night for security. And then in the morning we have to open that up so they can go into the larger conservation area. We have to check their health every morning, first thing at 6 AM.

Next, we have to clean their pens, clean their watering troughs, make sure the environment is clean. Then we have to protect them—every minute we make sure that they are safe. We also have volunteers coming and visitors coming who want to see the rhinos. So, we have conservation talks where the people come to learn about them. 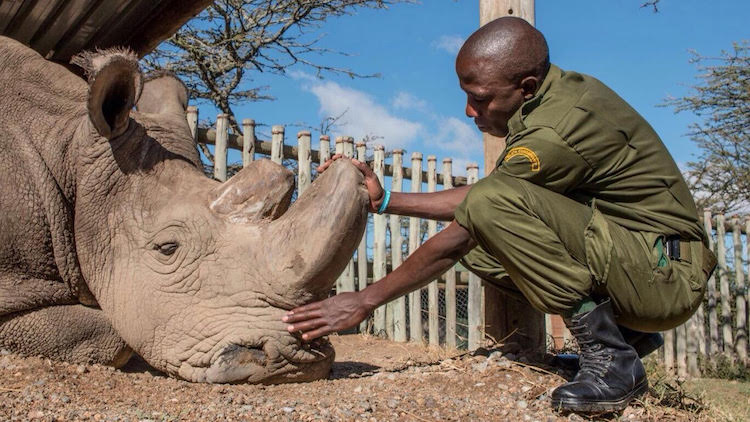 With this role, you undoubtedly feel the weight of the rhinos’ situation stronger than most people. Is it difficult to be face-to-face with such a harsh reality?

At my age, being a caretaker has been the greatest weight that I have experienced in my life—waking up, looking into the eyes of these two animals every day. Now, we're entangled in the issue of in vitro fertilization, which will help try to save them. It's an emotionally draining job. But, the best part of it is that every day, we give them the best and we don't have resentment regarding what we should have done. Every day, we try to bring them the best—bring them peace, make sure they're happy and well-treated.

When people talk about extinction, it looks like a thing that is so far away. But, we're here witnessing it every day; feeling it through these animals, so it's emotionally draining. But, at the end of the day, we are inspired. 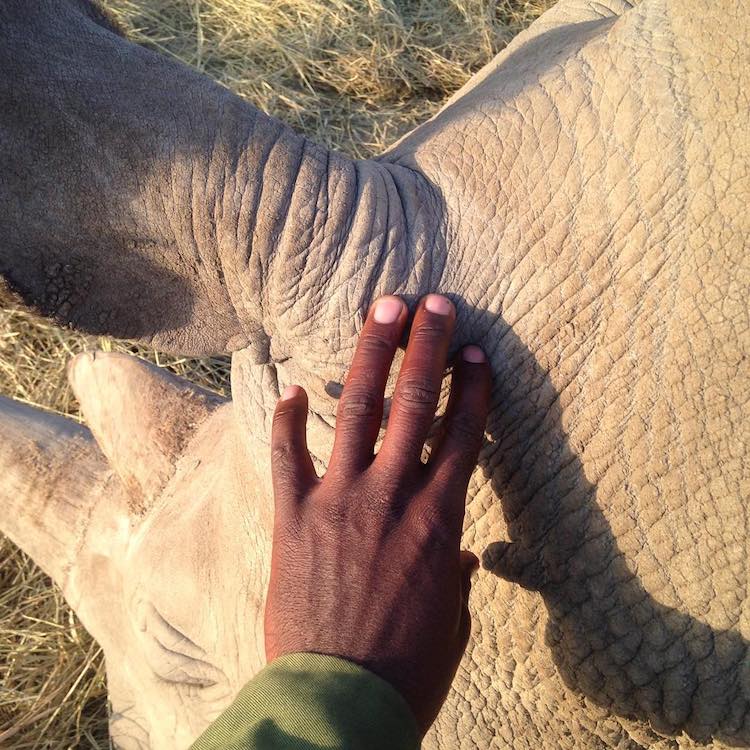 You’ve come to grow very close to these creatures. What about their personalities has surprised you the most?

I can tell that they feel they are the last of their kind. They feel it. So, through their personalities, they give us “lessons” that we can use for future generations. 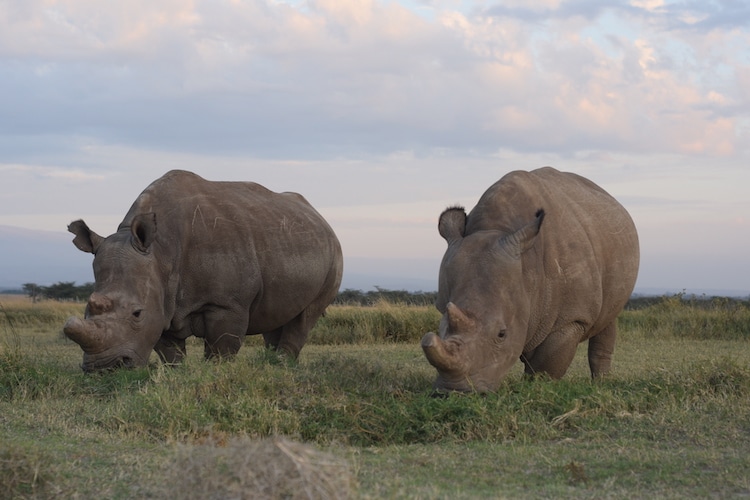 Specifically, you had a very strong connection with Sudan—the last male of the species—who passed away last year. Did his death alter or affect your approach to your work with the other rhinos?

Basically, I had a very close, personal relationship with Sudan. His passing was a big blow. But, when Sudan was passing I was a happy man. Because I had done everything I could within my reach to make sure that I had given him the best. So, I had no room for regrets that there was something that I hadn't done or that I could have done.

With that regard, his death was more like an inspiration to me. I had made a promise to be his voice, so I focus now on using his story to save the butterflies, the trees, the insects that are going extinct every day without being noticed. So, his death was more like “we need to do something, and we need to act now.” It's given us the opportunity to make sure we're doing the best we can. 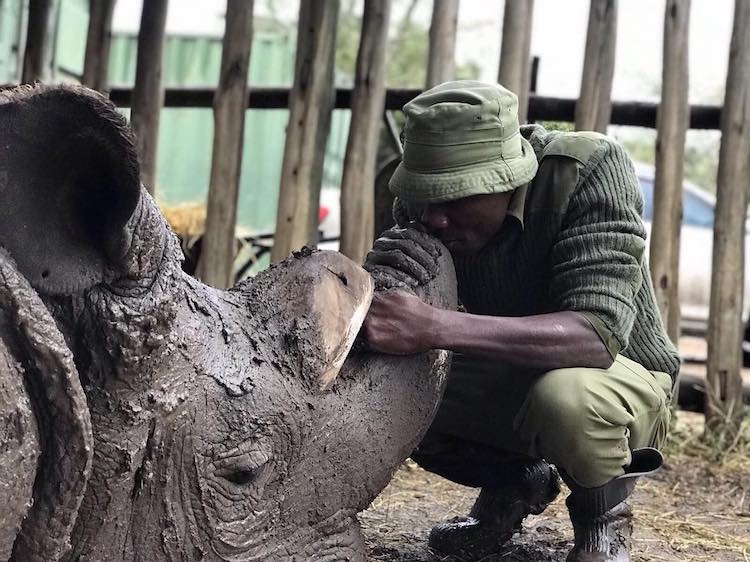 With no more male northern white rhinos, IVF is the only possible remedy to this species’ situation. How promising is this solution?

Because it's a scientific process, we are hoping it's going to save the northern white rhinos. The good thing is that, for the first time, IVF is being used with rhinos. They've been able to make the first embryos, which seem to be viable. They're trying to do artificial insemination as well, so that would help, too.

So, fingers crossed that IVF is the remedy to save the species. That is the hope we have; that is what we want to hear—that Sudan and the northern white rhinos are being resurrected. We rely on it so much, and we are waiting, fingers crossed. 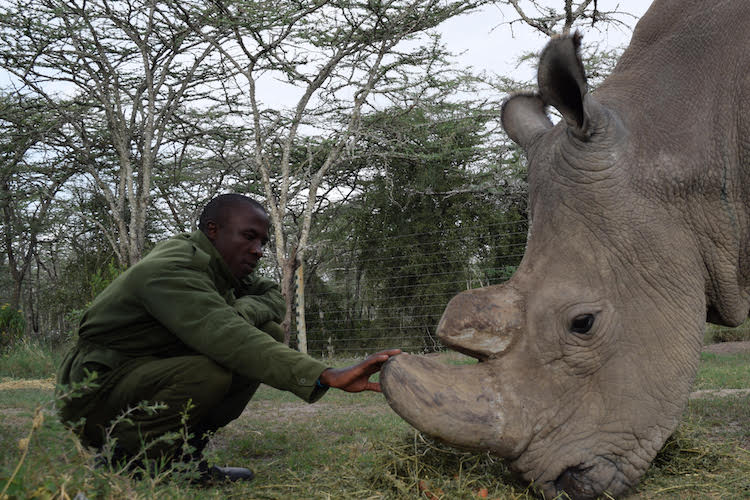 What can we do to help northern white rhinos?

There are many things we can do to help the northern white rhinos. First of all, the major thing we can do is create awareness—let the world know that there are only two left.

If we fail to see it with megafauna like rhinos, then we may not be able to see it in the butterflies and the insects and the trees. We need to bring a lot of awareness to let people know the harsh reality of what extinction looks like and what these northern white rhinos represent.

We also can offer support. We can support these two northern white rhinos so that they have good lives. You can support the cause of saving them by visiting Ol Pejeta Conservancy's website and, here, you can see how we can make a difference.

At the end of the day, we can give them a good future and make the world a better place. 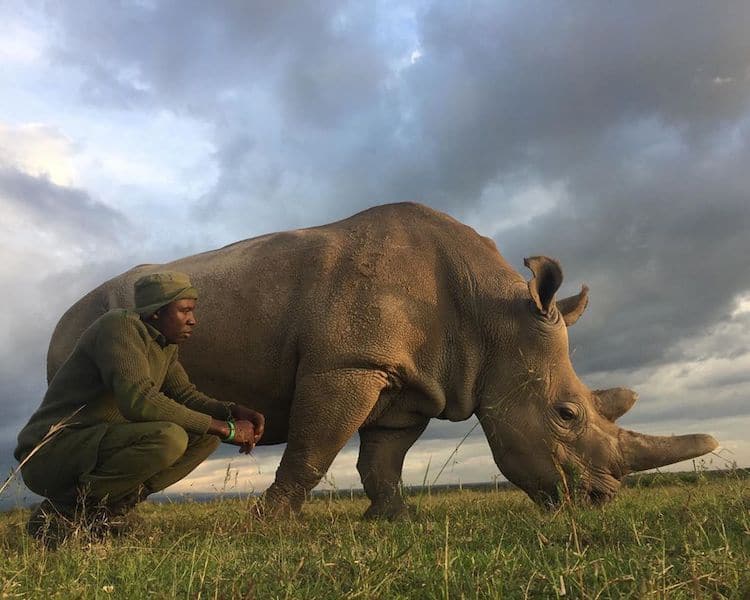