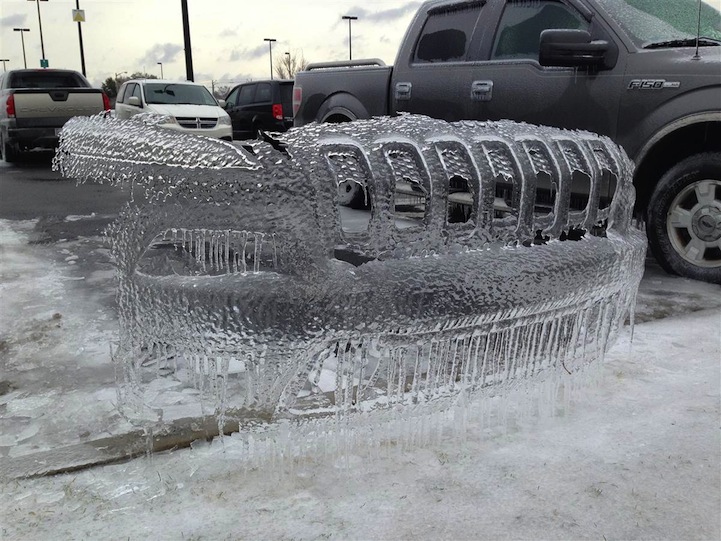 A Reddit user captured this incredible phenomenon, in which the ghostly silhouette of a Jeep Cherokee is frozen in ice, in the parking lot of a North Carolina hospital. The rare occurrence is attributed to a couple hours of rain during freezing temperatures as the Jeep sat in the elements.

When the owner returned, the engine heated up enough to free the vehicle from its icy entrapments, but not enough to melt the fantastic, inadvertent sculpture that created a perfect impression of the Cherokee's front end. The photos quickly went viral, eventually getting picked up by major news outlets including the Weather Channel. 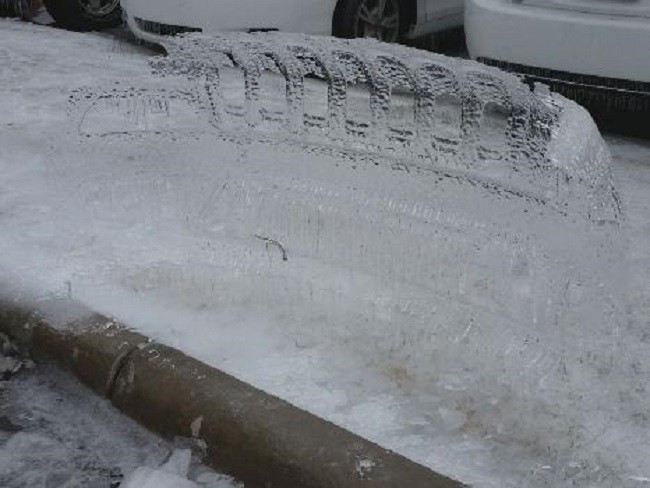