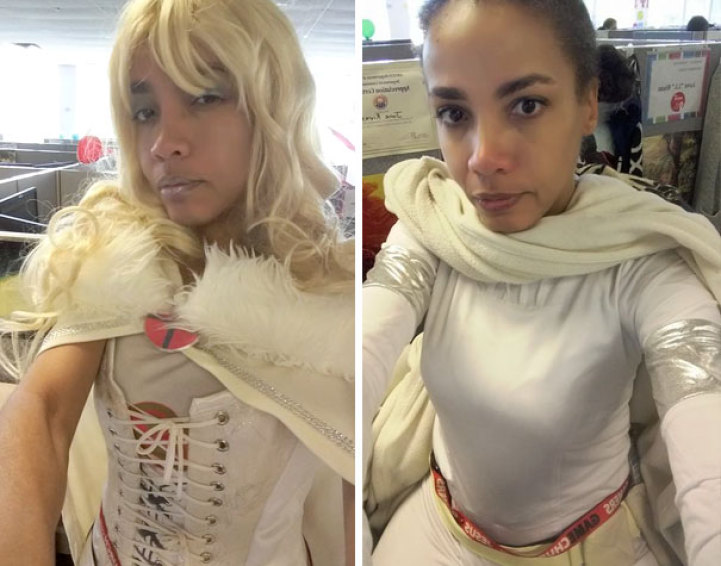 Workplace discrimination has met its match in June Rivas. She recently launched a bold legal battle against her boss, who had referred to Rivas' head scarf and ponytail as “unprofessional,” despite an explicitly stated lack of a dress code in their employment contract. When Rivas filed a complaint for harassment, her boss issued a memo to create a new set of rules governing employee appearance, forbidding “cultural head wraps” as well as visible straps, sandals, hats, lace, and more. Rivas is complying with the regulations—but not in the way her manager had likely expected.

Championing her prerogative to express herself as she sees fit, Rivas now turns up at work everyday in impressive cosplay. Each outfit is technically allowed—after all, the guidelines say nothing about wigs, capes, or colored contacts. In the meantime, she's waiting for the Equal Employment Opportunity Commission to investigate the situation.

“#NeverPissOffCosplayingScorpios,” she writes on Facebook—and if you do, expect an audacious retort. Her chosen characters might wear capes, but it's Rivas herself who's the spunky superhero, crusading for the rights of women everywhere. 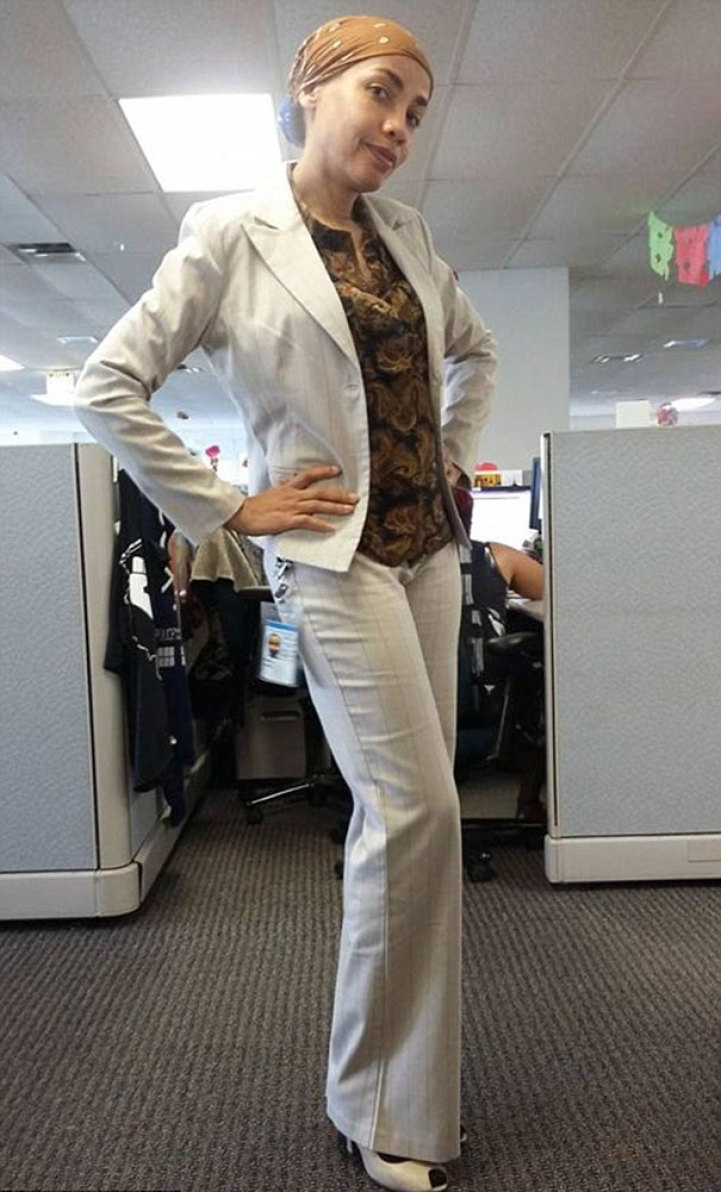 Here's a glimpse of the way she dresses now. 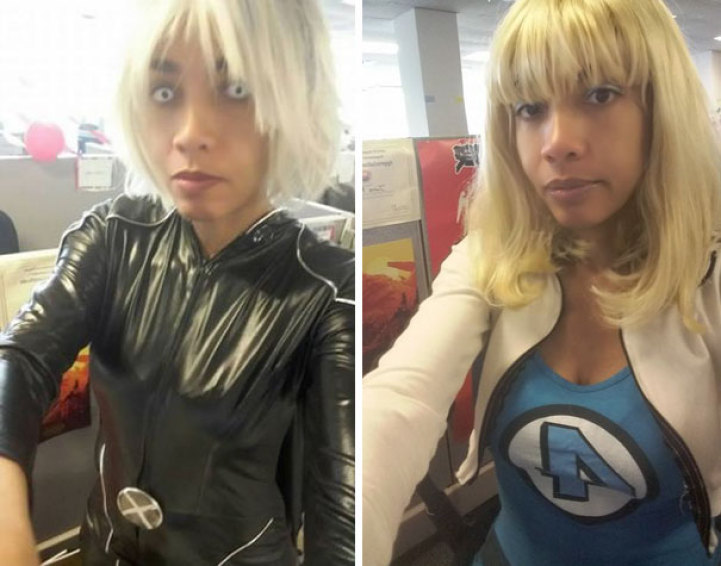 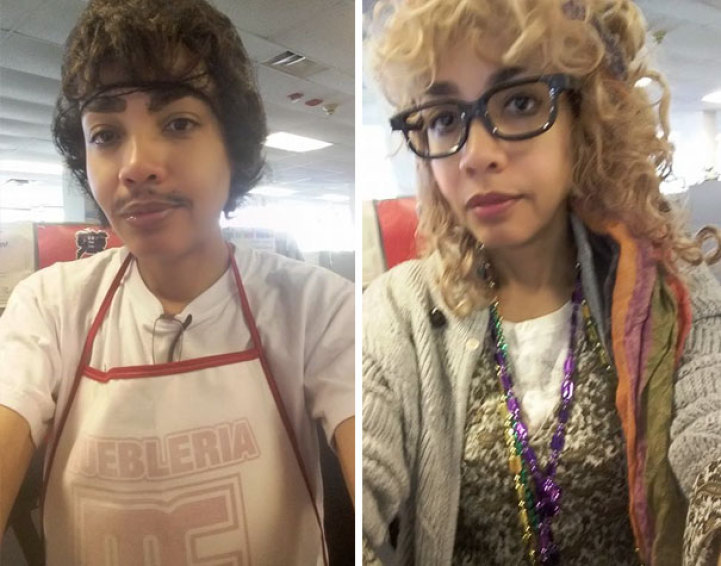 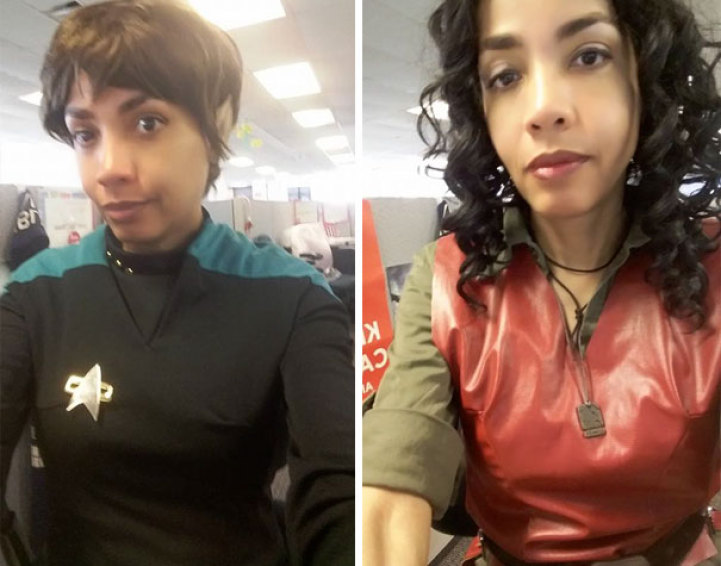 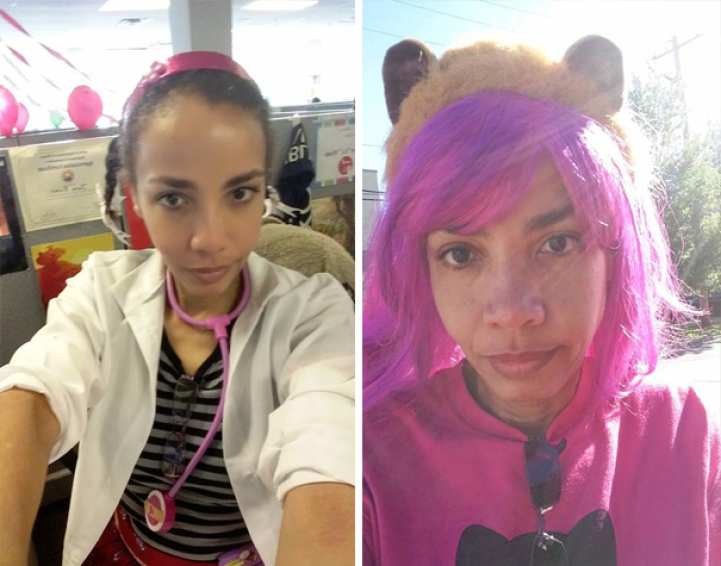 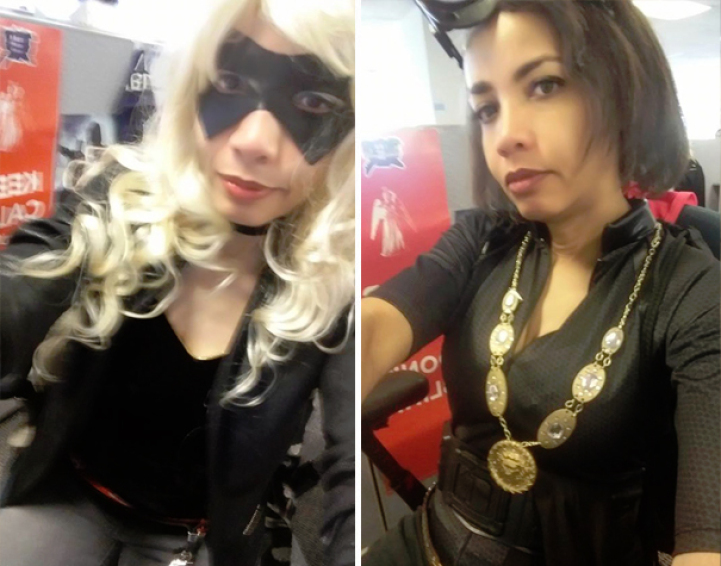 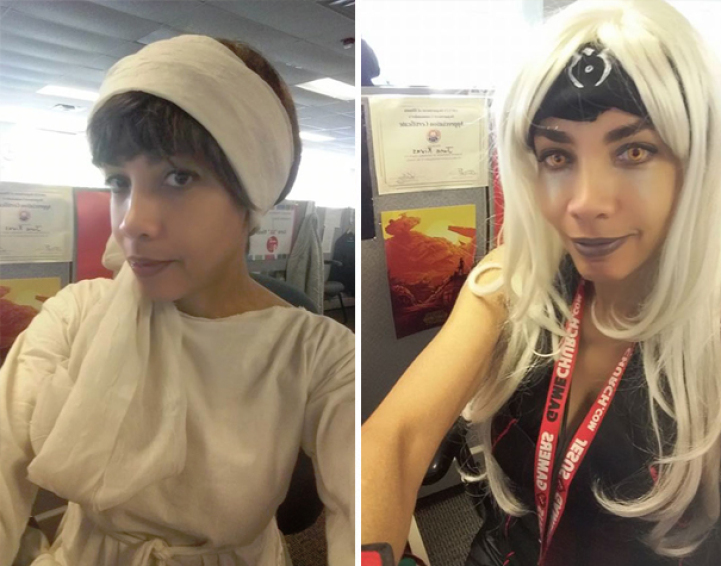 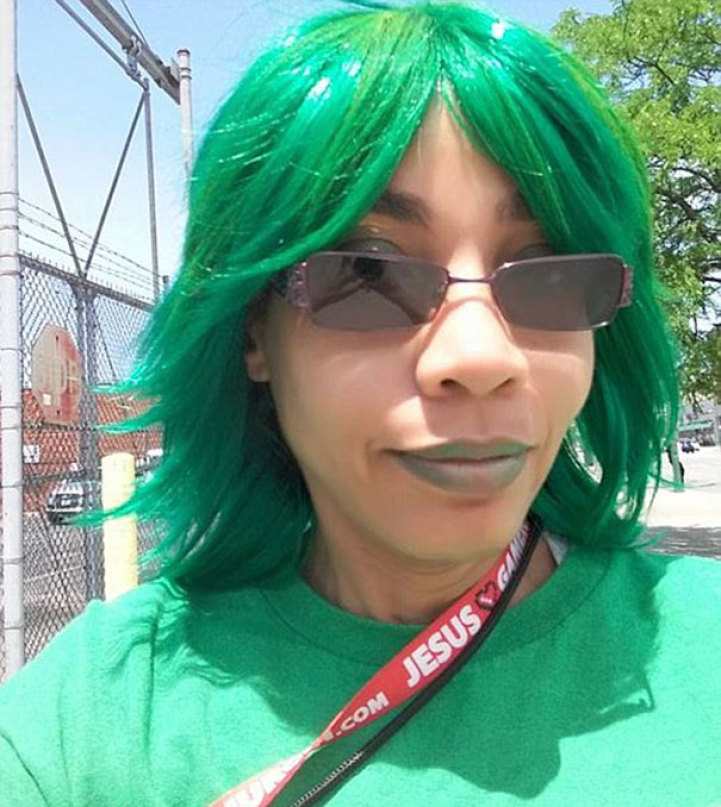 All images via June Rivas.