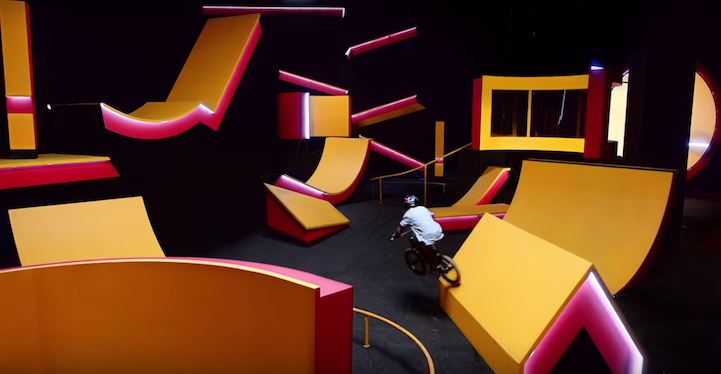 Kriss Kyle has a reputation as one of the most creative BMX riders of his generation, and this video collaboration with Red Bull demonstrates why he's earned it. Called Kaleidoscope, the short film shows Kyle performing a myriad of impressive tricks in an environment that's full of optical illusions and shape-shifting surfaces. From labyrinth-like mazes to endlessly spinning drums, the BMX biker completes jumps and turns with ease. The darkened background against the bright yellow and red tracks make for a fantastically surreal set design, producing a viewing experience that's completely mesmerizing as we follow Kyle along on his journey.

The coordination of the rider and his creative team was the key to Kaleidoscope‘s success. In a recent Reddit AMA, Kyle described the massive prep work involved. “We spent about 6 months designing, finalizing all ideas and bringing them to reality,” he explained. “Lucky I had such a good team of friends at vision ramps who helped make my dreams come true. They spent 6 months building and testing the features so we were ready for the two weeks of filming.”

Check out the entire video below. 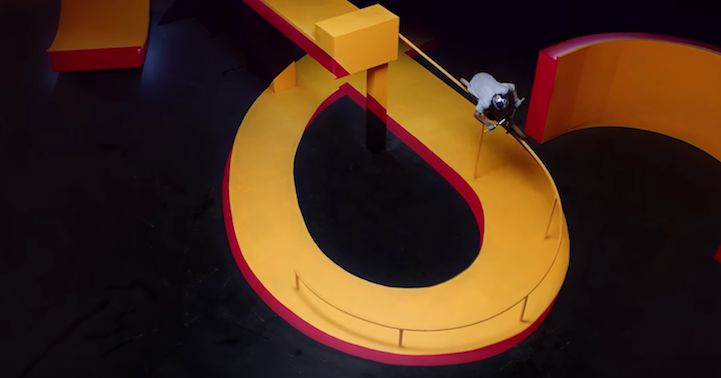