While we've seen ships overrun by nature before, it's usually been due to a shipwreck. In Washington State, however, there is a forest-filled ship that serves another purpose. Located on the western side of the state in Anacortes, a four-masted schooner named La Merced has taken on new life as a breakwater in a case of creative recycling. Since it was moved into position in 1966, the boat has been overtaken by trees that grow in the sand that fills its hull. The ship is now a part of maritime history and was placed on the National Historic Register in 1990.

La Merced has a long and storied history since its creation in 1917. While four-masted schooners once numbered in the hundreds, La Merced is one of just four that remain intact. The boat was an auxiliary schooner during World War I before being used in the lumber trade between Portland and California.  It was then fitted to ship oil from the U.S. to Australia and New Zealand, bringing back grain on its return voyage. But the ship's adventure didn't end there. In the late 1920s, the 232-foot long La Merced was transformed into a floating cannery and worked out of Alaska.

As the end of the boat's working life neared, it was sold for salvage in 1965. It was then that its majestic masts were cut off. The propellers, engines, and deck fittings were also stripped prior to the schooner being moved to Lovric's Shipyard. The shipyard is where the boat remains today, nestled into rocks and rubble. Though La Merced no long floats on the water, the ship actually has remained watertight and is in surprisingly good shape.

Using the salvaged ship as a breakwater was quite forward-thinking for the owner of Lovric's Shipyard. Anton Lovric, known affectionately as Tony, was born in Croatia and immigrated to the United States in 1960. A life-long entrepreneur, in a short time Lovric was able to transform a former seafood processing plant into the marina and shipyard that still bears his name. It was Lovric who had an eye for repurposing La Merced. He brought the boat to its current location just one year after he purchased the property.

And here it remains; a piece of nautical history continuing to live on in a new role. Shielding the marina from crashing waves, La Merced is also a favorite site for photographers who love to capture the greenery that fills the ship.

La Merced is a four-masted schooner that has been transformed into a breakwater. 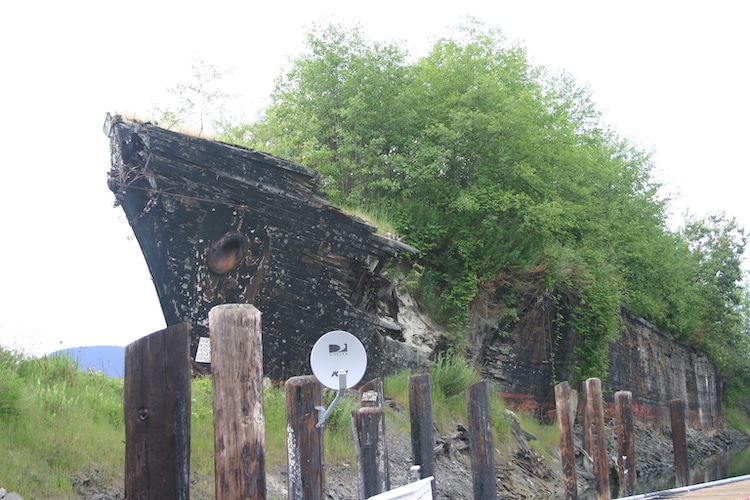 Over time, trees have filled the sand-filled hull. 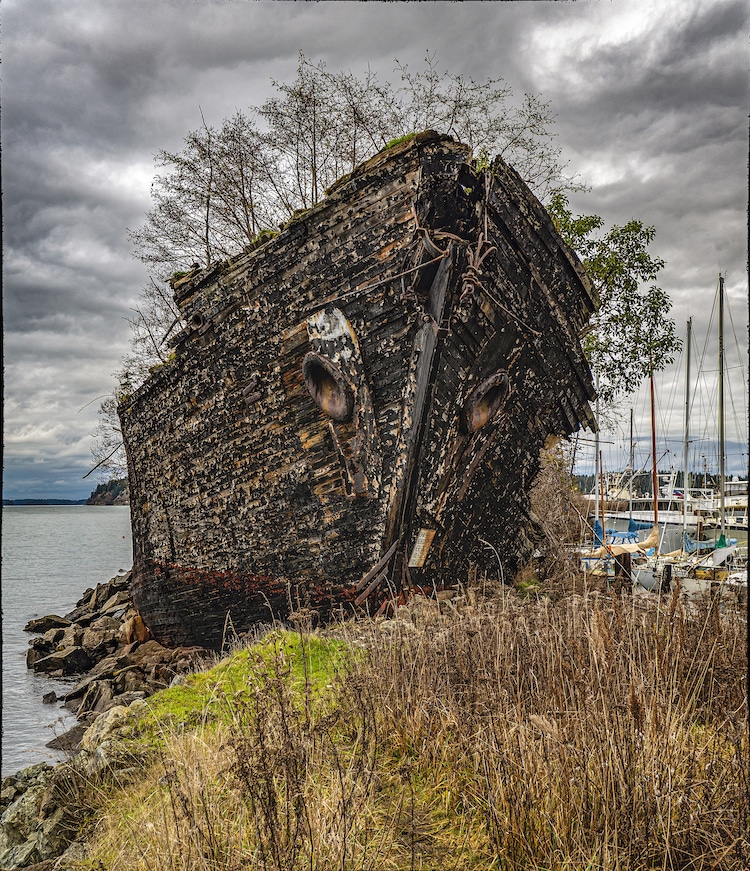