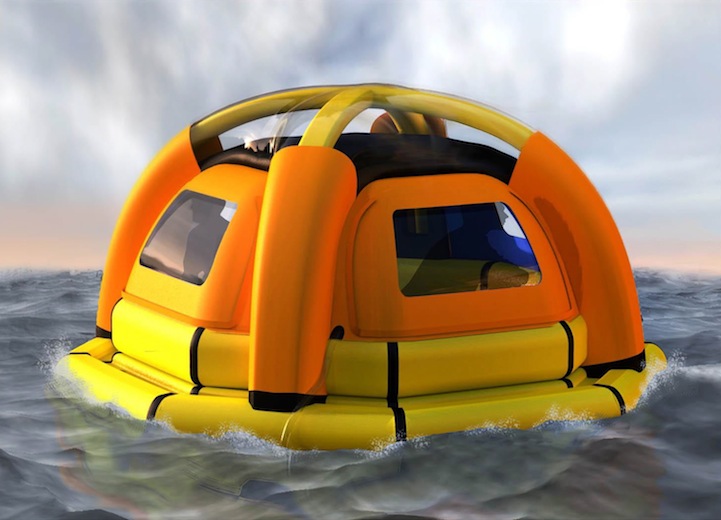 Imagine this: Your ship is sinking. You abandon ship with nothing but the clothes on your back, and you're thirsty, really thirsty. Lucky for you, you've arrived on-board the SeaKettle, a life raft that has the ability to desalinate salt water…

The process starts by pumping sea water up to a Gortex covered reservoir, where the water is subject to evaporation. The evaporated water then hits the top canopy and condenses, filling the four pockets around the raft with fresh drinking water. The Gortex cover over the reservoir allows the vapor molecules to escape, but holds in the larger liquid molecules, preventing the pockets of fresh water from becoming contaminated by the sea water. This produces enough water for up to five passengers to stay sufficiently hydrated.

Designer Kim Hoffman got the inspiration for this project from the many stories of people suffering from extreme dehydration or death while being stranded in a life raft at sea. “With water all around, I thought, there's no way this should happen,” she says. “There's got to be a way to turn the seemingly endless amount of ocean water into viable drinking water. So, that is what I set out to do.” 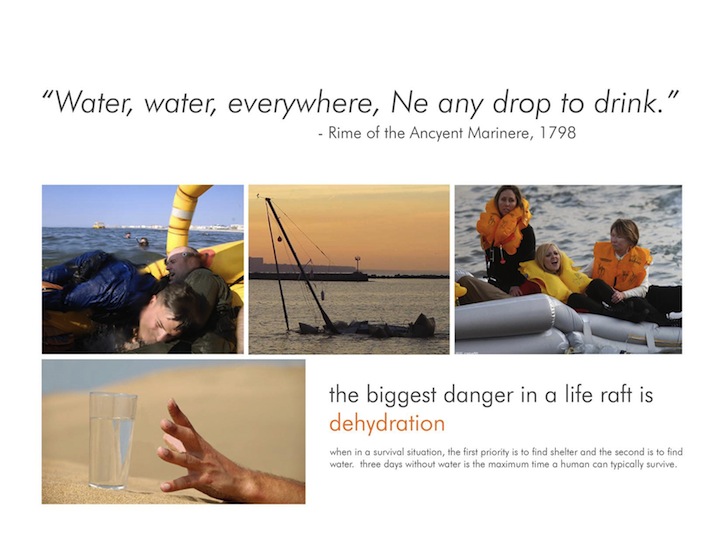 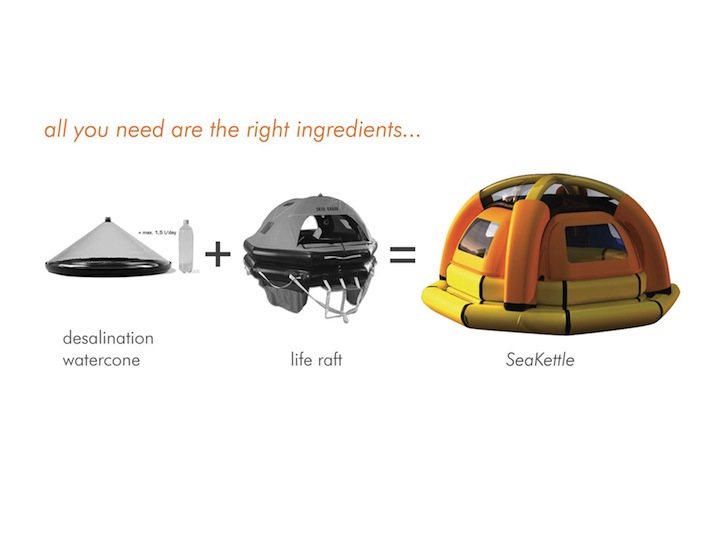 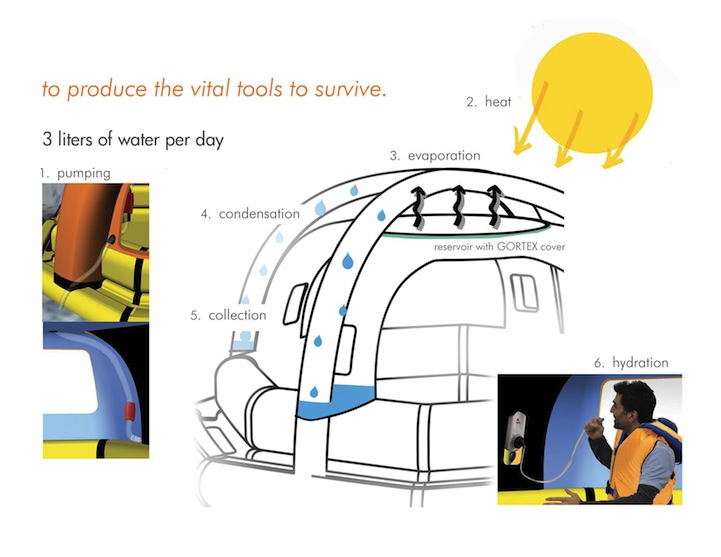 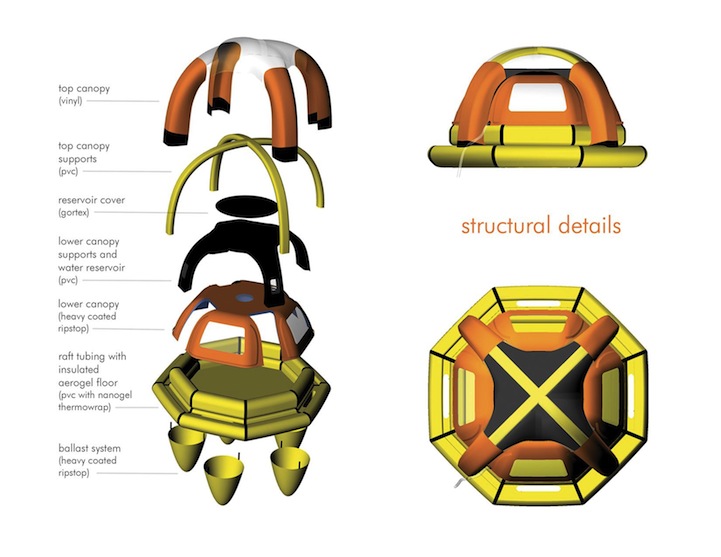