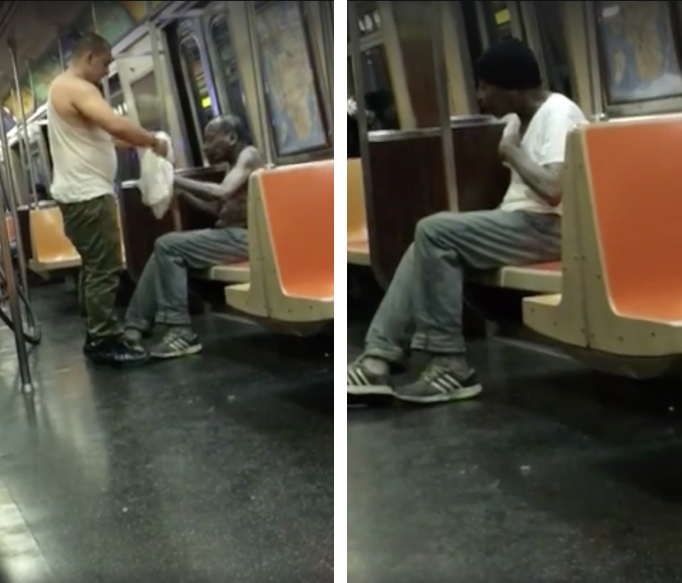 Earlier this week, three men were sitting in a train car on their way to Brooklyn. One was clad in a white t-shirt, another was 21-year-old Lazaro Nolasco, and the third was a shivering, shirtless man. At one point, Nolasco looked up and noticed that his fellow passenger had taken off his white t-shirt, walked over to the trembling man, and offered it to him. The ailing man was unable to dress himself, so the kind stranger put it on for him and later brought him a hat. According to Nolasco, the do-gooder then asked if the man needed to visit a hospital and he answered “yes.”

Since Nolasco got off the train before the two other men, he's not sure how this story ends. However, he did capture it all on film and posted it on Facebook to inspire hundreds of thousands of viewers. “The guy did a good deed, so I wanted to record it,” Nolasco told New York Daily News. “I would tell him, ‘God bless him.' That was thoughtful.” 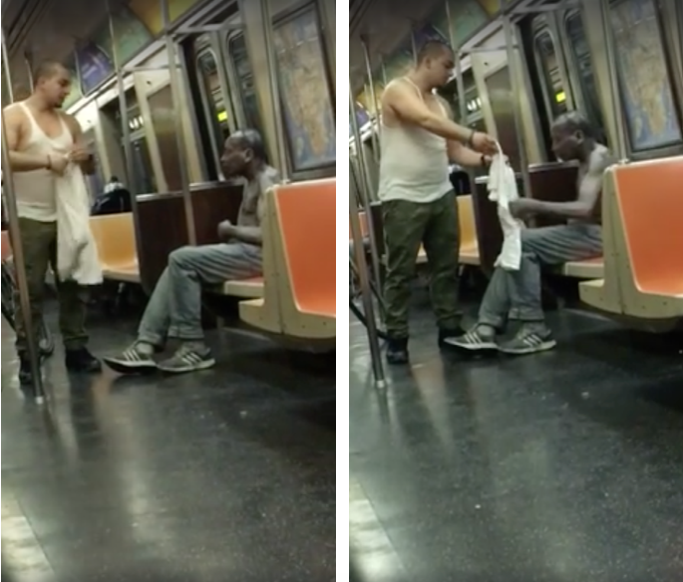 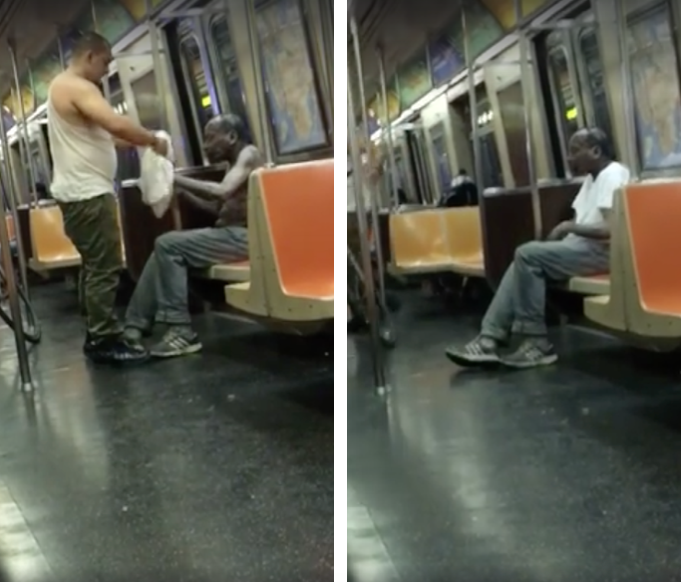 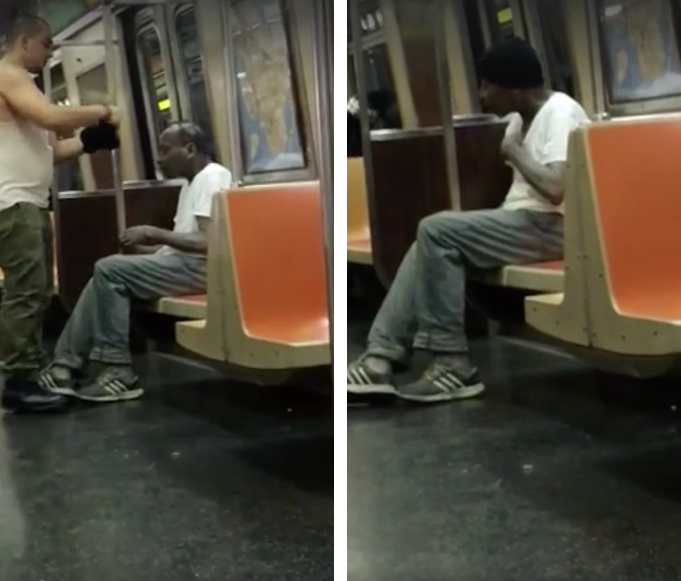 All images and video via Lazaro Nolasco. 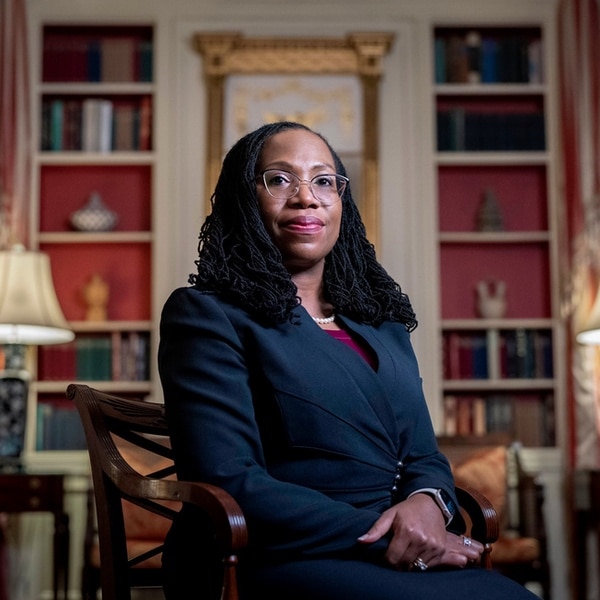 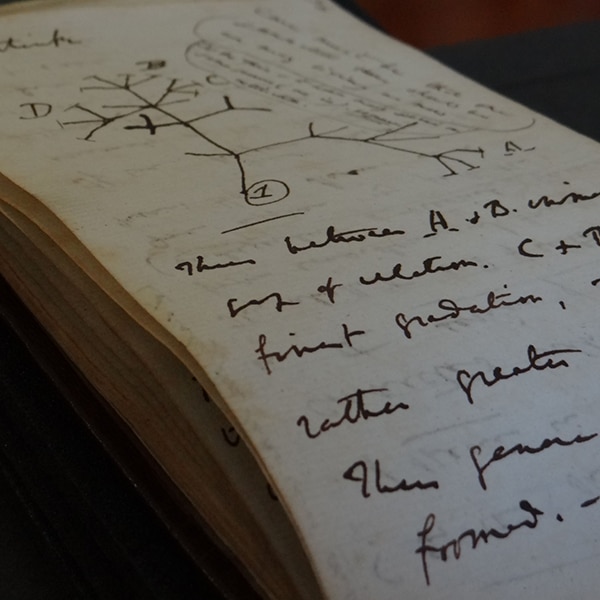