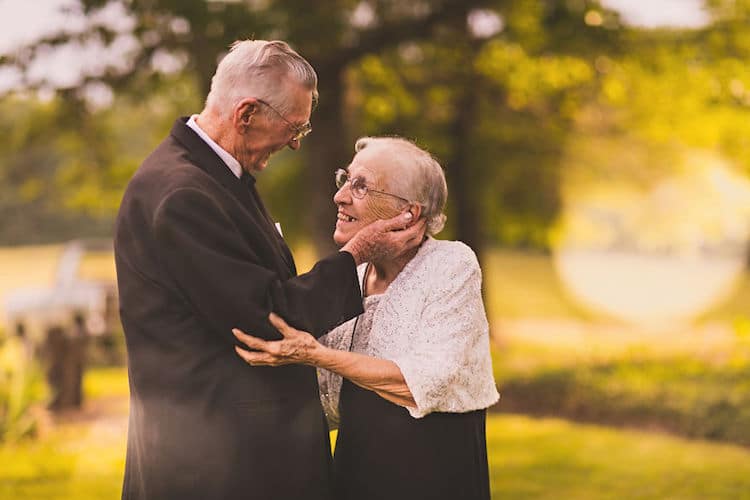 In the past, couples' photo sessions were typically limited to wedding days and babies' births. Today, however, more and more twosomes are opting to celebrate their longterm love with anniversary photo shoots. While each of these sessions is equally endearing, the story behind elderly couple Ruby's and Harold's session is particularly poignant.

To celebrate their 65th anniversary, Ruby and Harold enlisted the talent of portrait and wedding photographer Megan Vaughan. Five years prior, Vaughan captured the couple's love in a series of anniversary photos. Pleased with her previous work, they contacted the photographer, who was eager to document the adorable couple again.

While she was happy to note that “always smiling” Harold hadn't changed a bit, she noticed that Ruby, who suffers from dementia, is now more obviously affected by the ailment. “Sadly, Ruby’s dementia has worsened,” Vaughan explains. “She didn’t remember me or the last time we took pictures together.” Still, even with her memory loss, Ruby was just as warm and welcoming as before. “When she greeted me at the door, she wrapped me up in a tight hug…just like you would hug family you hadn’t seen in a long time,” she reminisces.

Given the couple's inspiring interactions and Vaughan's amazing photography skills, it's no surprise that the session resulted in a stunning series of photographs. In each snap, the enduring love between Harold—who was dressed in a dapper suit—and Ruby—who wore a beautiful black dress and clutched a bouquet—is obvious, as they kiss, cuddle, and laugh with one another. “It’s so amazing to see a long-lasting love like theirs,” Vaughan says. “I believe it should be celebrated, documented, cherished, remembered and something to strive for.”

In honor of their 65th wedding anniversary, adorable elderly couple Ruby and Harold asked photographer Megan Vaughan to document their love in an anniversary photo shoot. 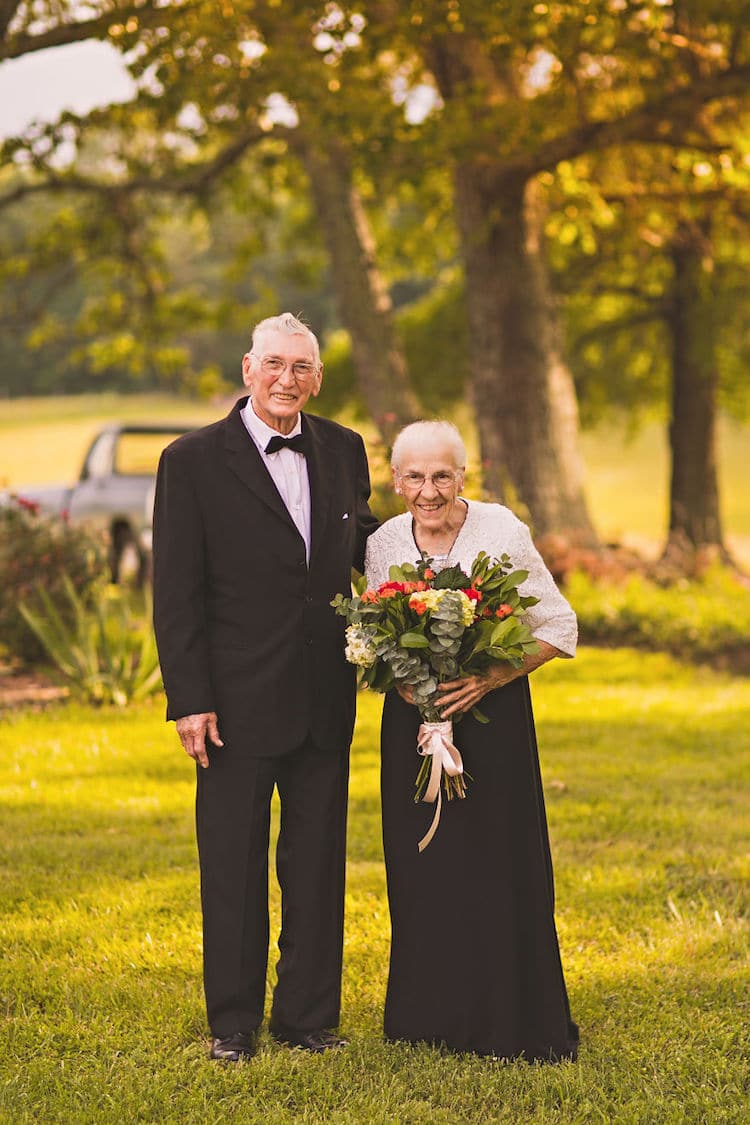 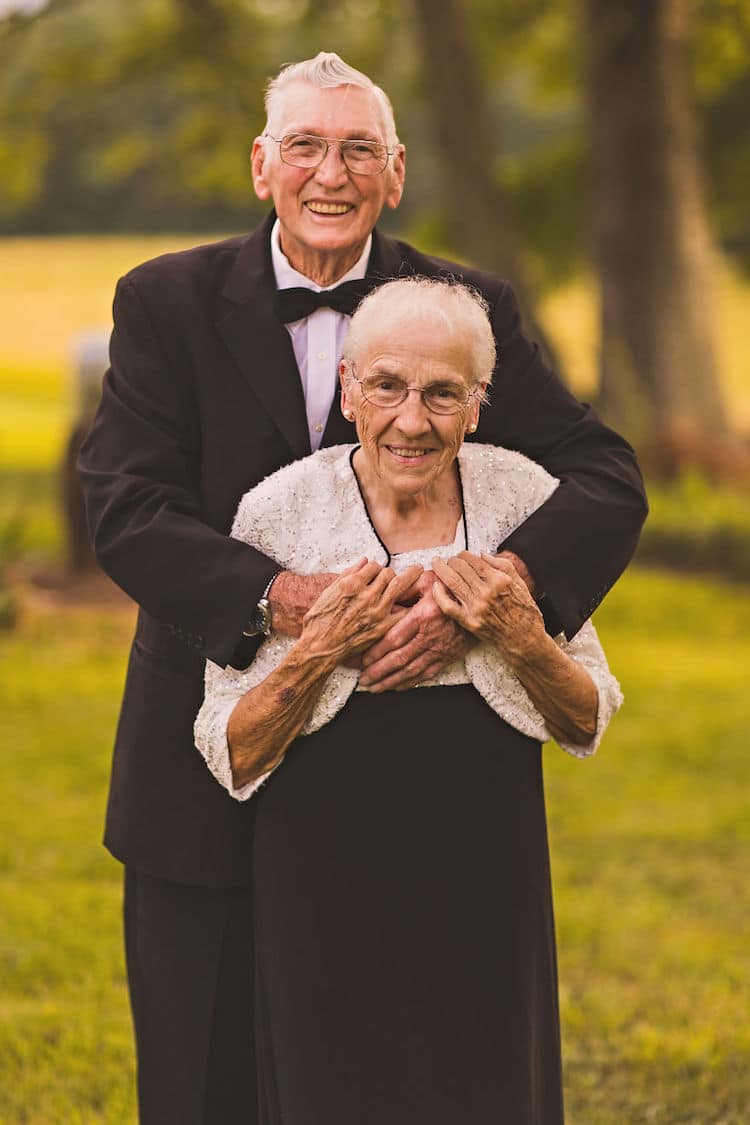 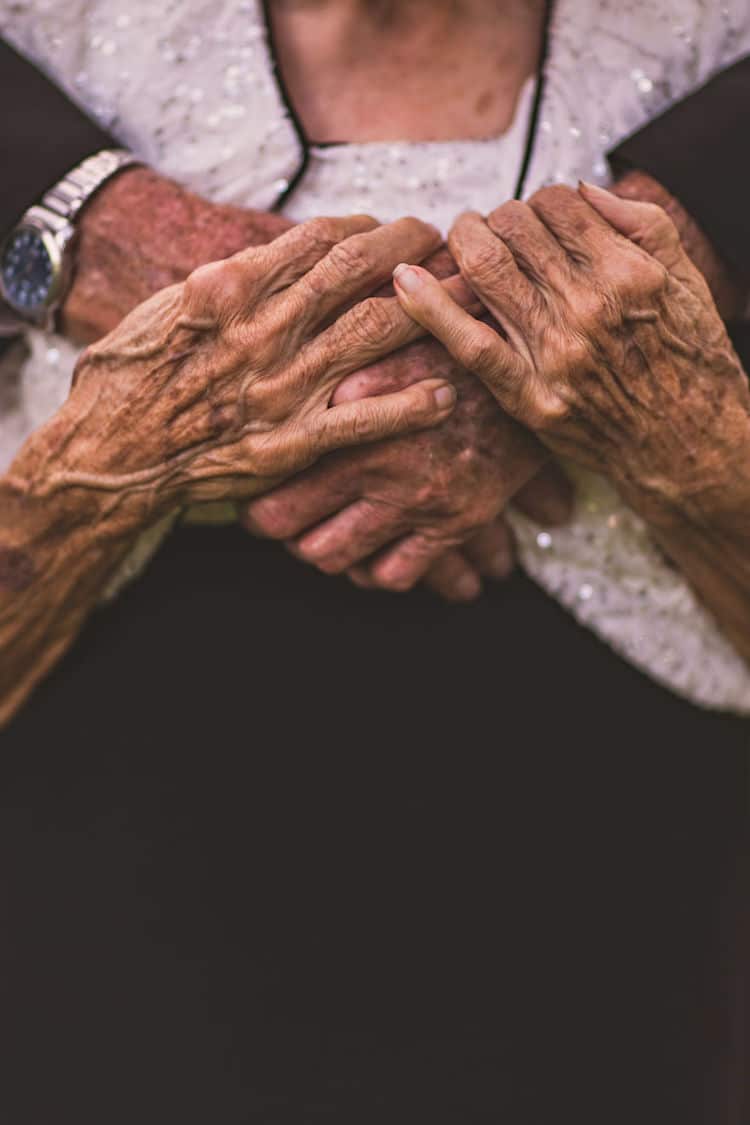 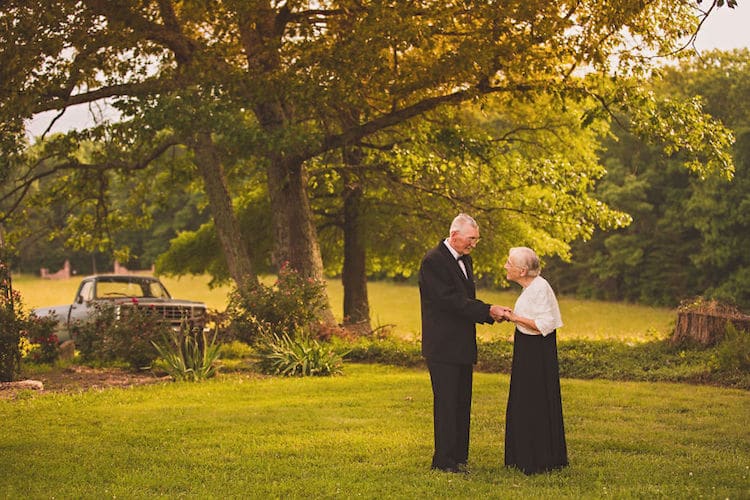 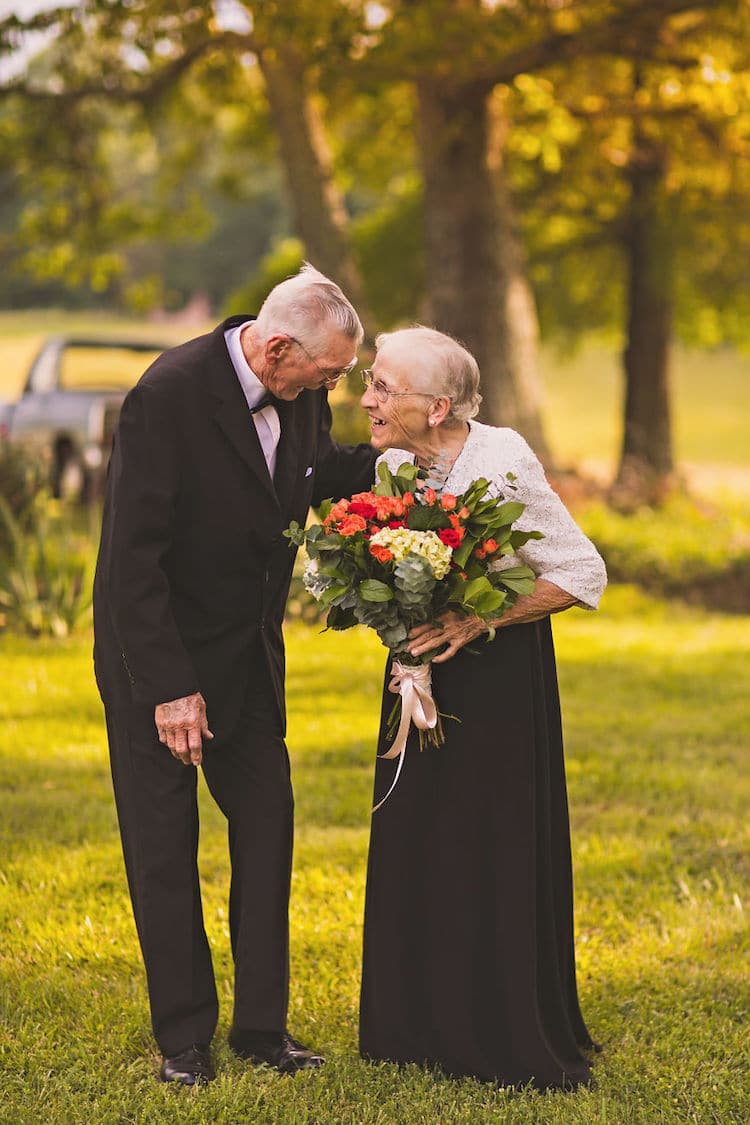 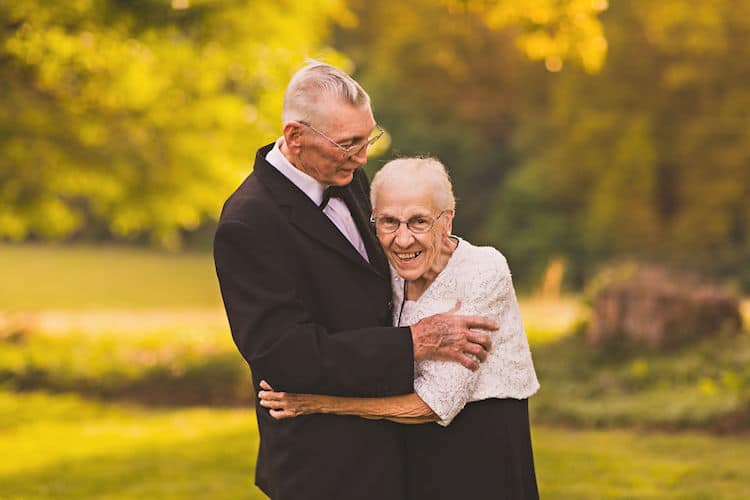 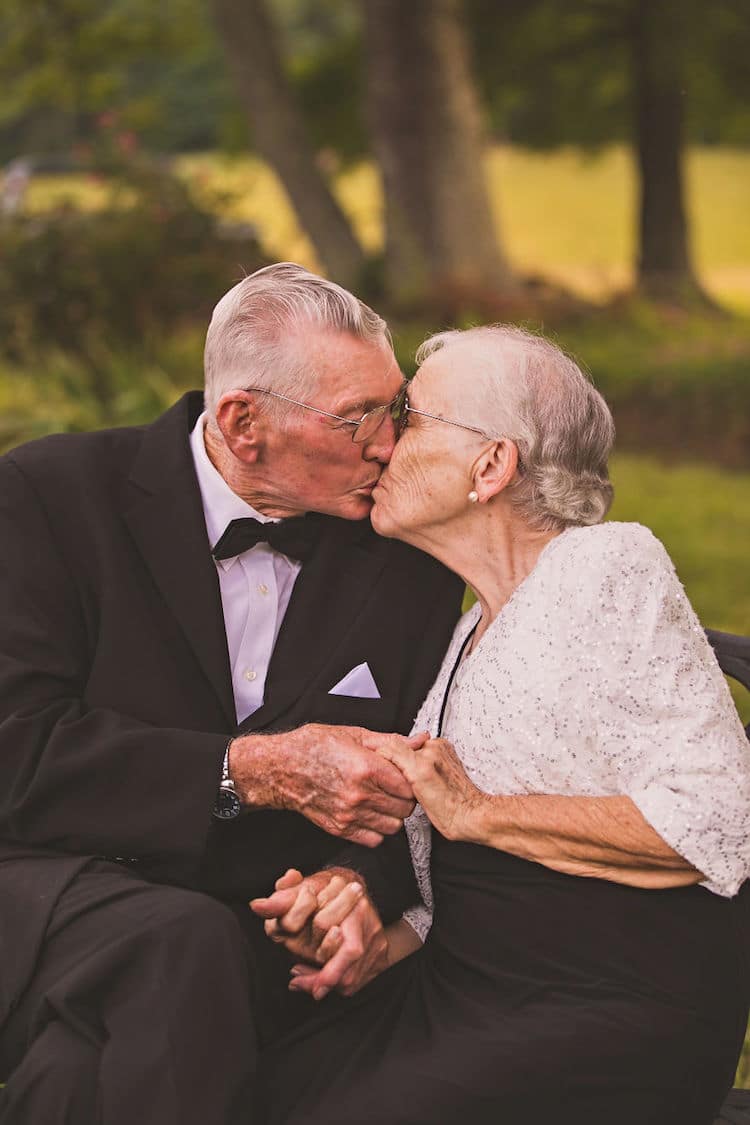 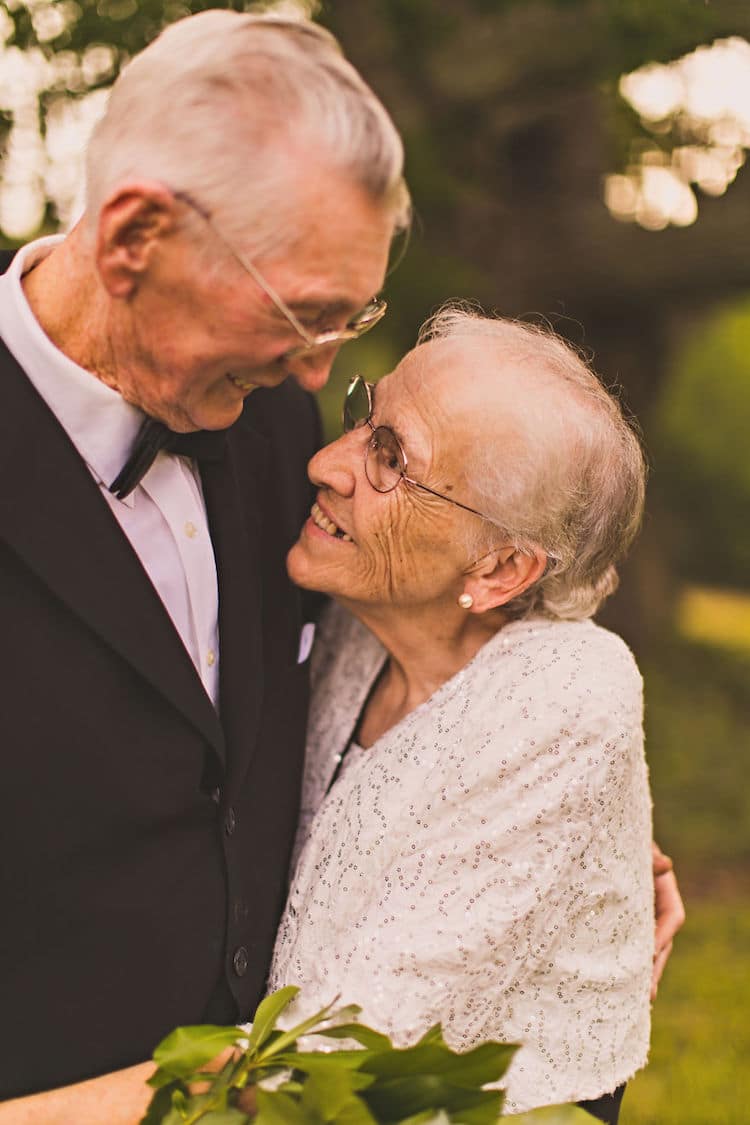 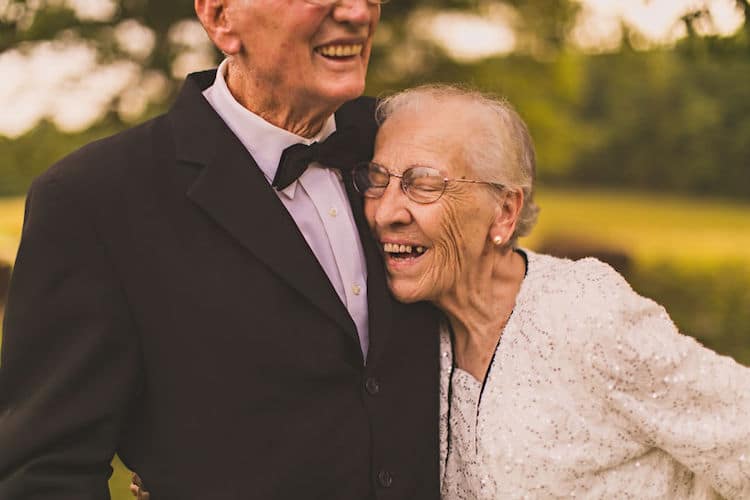 All images via Megan Vaughan.