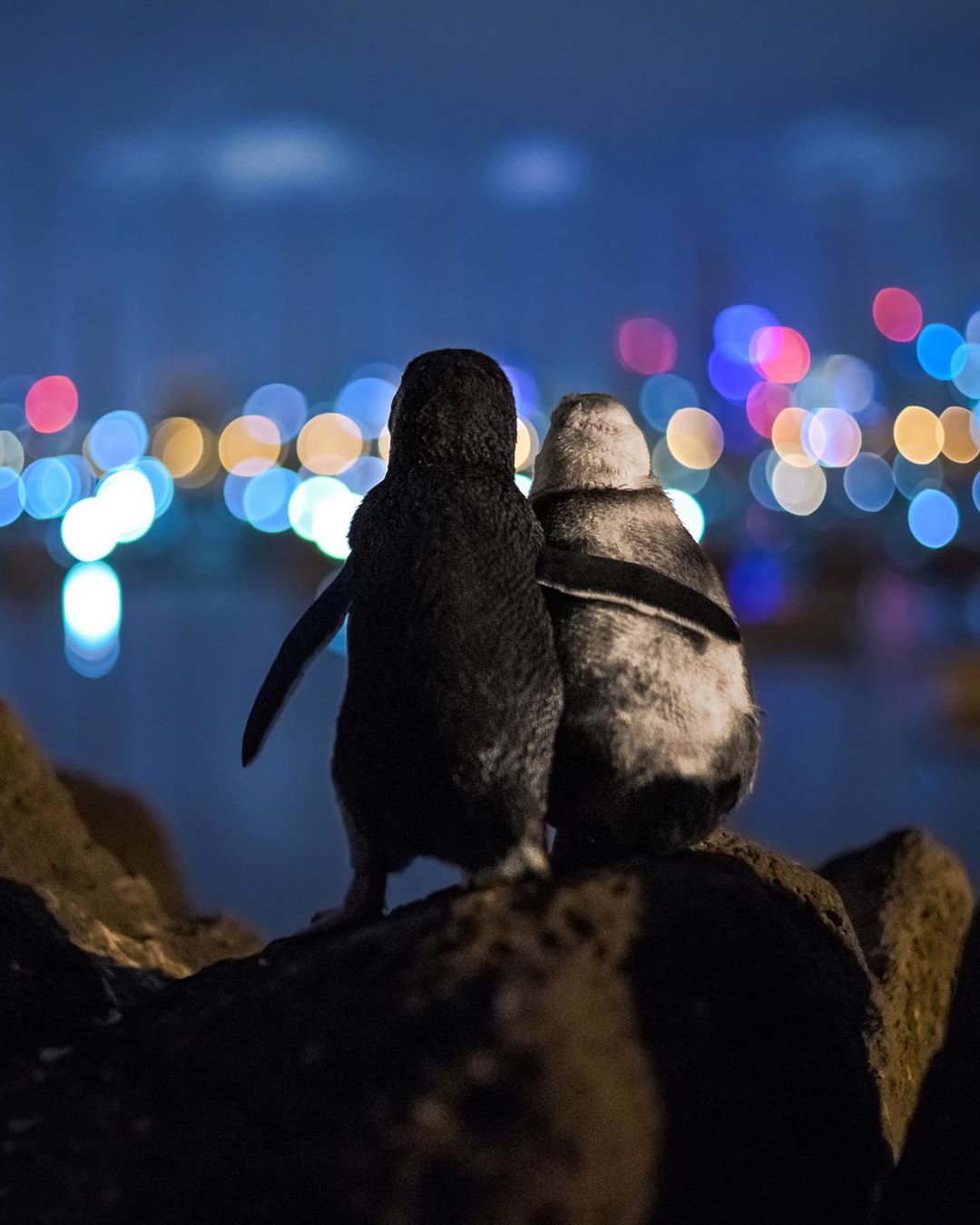 In times of need, we often turn to friends for comfort. Animals are no different and photographer Tobias Baumgaertner proved this when he shared these moving photos with the world. Taken in Melbourne, the photographs show two penguins embracing each other as they gaze upon the city lights.

Baumgaertner spent three nights with the little penguin colony in St. Kilda before he was able to snap the photographs. In one, we see a slightly taller black penguin with his flipper on the back of a smaller silver penguin. In another, we see the silver penguin nestle her head tenderly into her companion. Thanks to a volunteer on site, Baumgaertner was able to learn more about these penguins and their shared history makes the photographs even more moving.

“A volunteer approached me and told me that the white one was an elderly lady who had lost her partner and apparently so did the younger male to the left,” Baumgaertner wrote. “Since then they meet regularly comforting each other and standing together for hours watching the dancing lights of the nearby city.”

Though the conditions weren't ideal for photography, as he wasn't allowed to use any lights and the penguins kept moving their flippers, his tenacity finally paid off. Taken over a year ago, Baumgaerter decided to share the photographs now, as he felt that it was a time when we could all use a little boost.

“The way that these two lovebirds were caring for one another stood out from the entire colony,” he shared. “While all the other penguins were sleeping or running around, those two seemed to just stand there and enjoy every second they had together, holding each other in their flippers and talking about penguin stuff.”

It's a romantic story, but may not be entirely accurate. Earthcare St. Kilda, a non-profit that manages the colony, wrote that the penguins might actually be related. They identified the penguin on the right as a pre-molt adult and the penguin on the left as a juvenile that may be the offspring of the adult.

Either way, it's still fun to imagine that these penguins, whether friends or relatives, were enjoying their evening looking out at the lights. And it's comforting to know that, just like us, they find happiness in those close to them.

In a photo taken by Tobias Baumgaertner, two penguins appear to be comforting one another as they look over Melbourne's city lights. 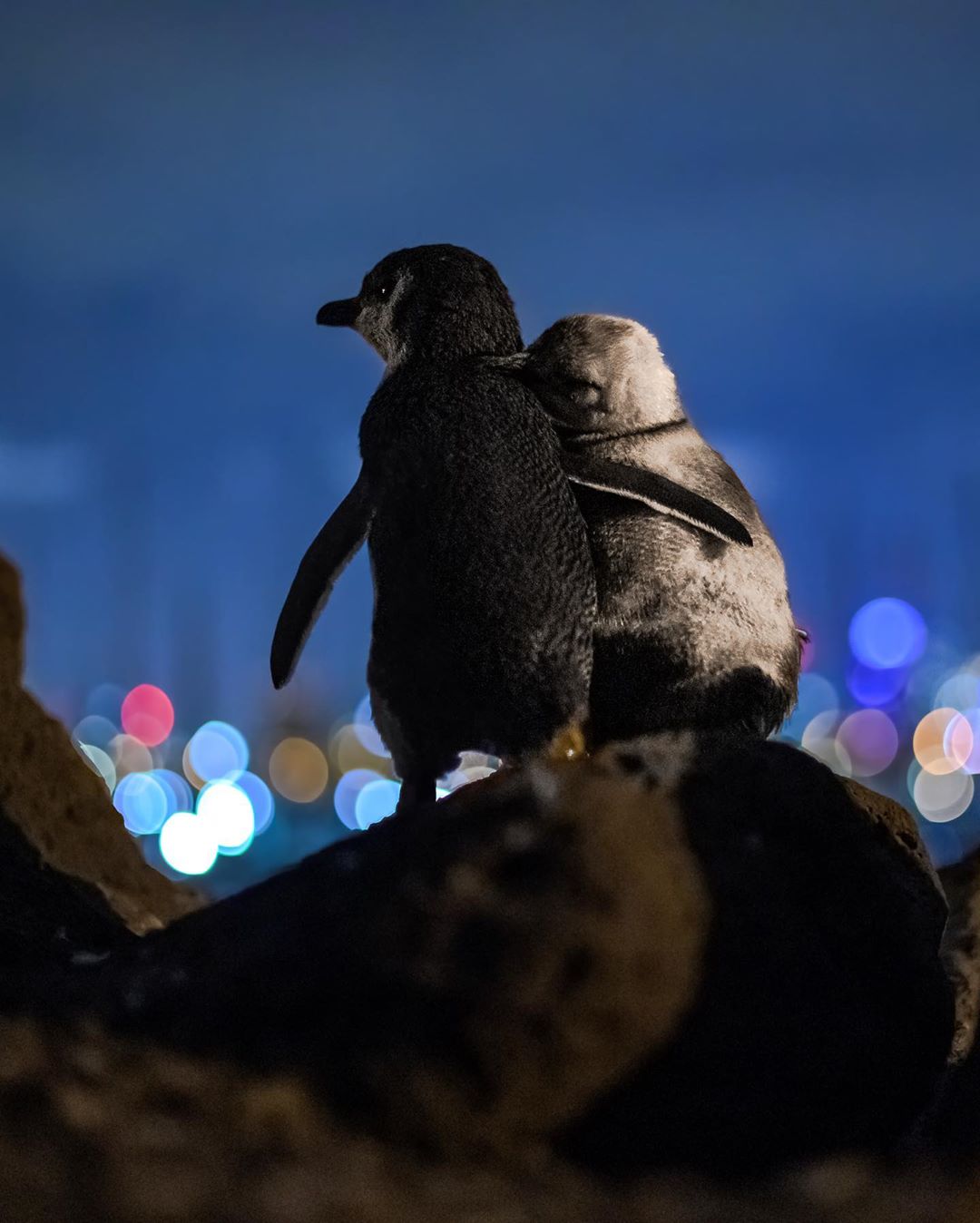 Here's a video of the two penguins, who might be related, as they enjoy their time together.

Touched by this photograph? Share
Like My Modern Met on Facebook
Get Our Weekly Newsletter
Become a
My Modern Met Member
As a member, you'll join us in our effort to support the arts.
Become a Member
Explore member benefits