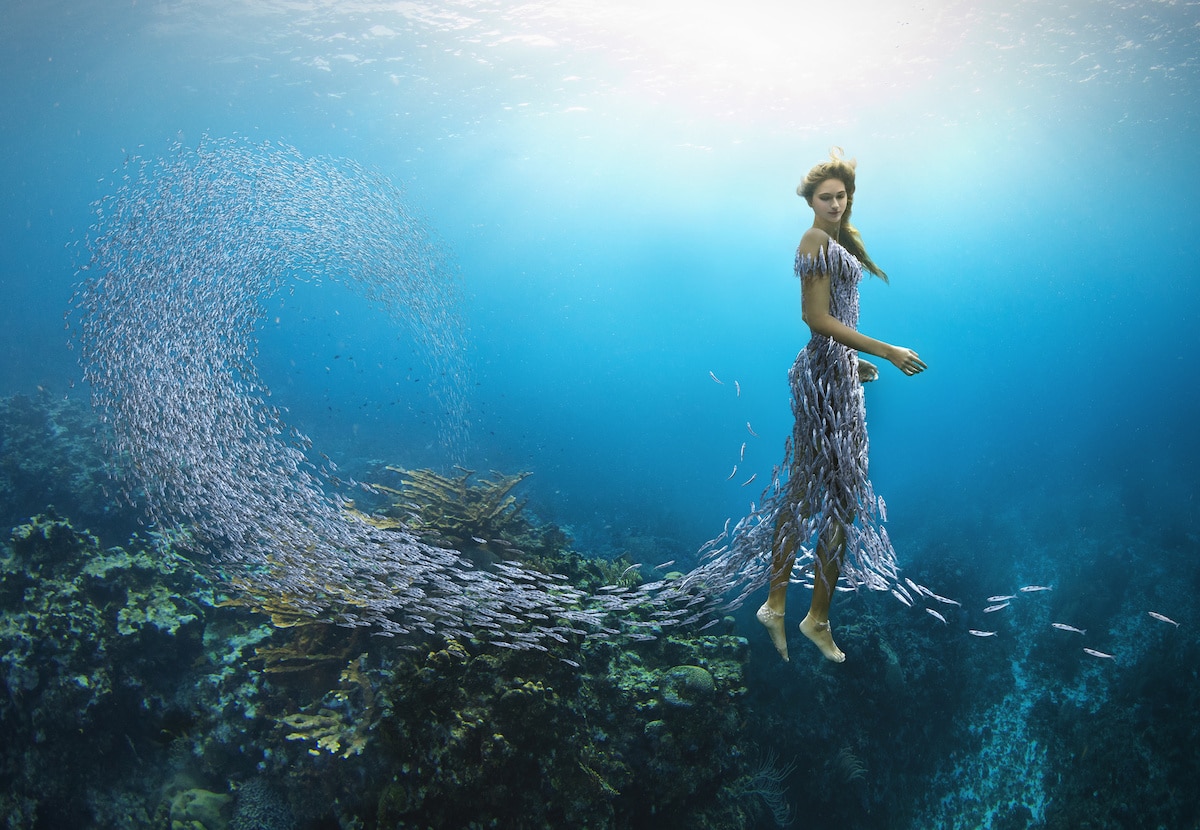 Photographer Natalie Lennard, better known as Miss Aniela, offers an unconventional twist on editorial fashion portraits. The images are part of her ongoing series called Surreal Fashion, in which she crafts compositions that initially look like high-fashion spreads but have peculiar qualities once you look closer. A model’s divine blue gown, for instance, leads into an ocean while the train of a yellow dress morphs into a cluster of canaries. This mix of fantasy and reality is what has made us endlessly fascinated with Aniela's work.

While some compositions are more subtle in their surrealism than others, Aniela's piece entitled She Shoal represents one of her most ambitious endeavors to date. She Shoal was created in 40-foot-deep water in the Cayman Islands with deep-sea diver model Coral Tomascik. “Coral had actually never gone so deep without a mask and flippers so we were putting her out of her comfort zone, all in the name of art!” she reveals to My Modern Met.

Aniela worked as part of a team with photographer Jason Washington to “direct a vision” that was later combined with the talents of CGI artist Chris Antoniou. “At least 20,000 CGI silverside fish were synthesized as a ‘dress' around Coral to create a beautiful scene that would have been impossible in-camera,” she recalls. “We wanted it to look realistic and otherworldly all at the same time.”

Another photograph that uses CGI elements is called State of Grace. “It features a very detailed pair of wings that took months of direction with the artist Thomas Brockman,” Aniela explains. “We shot the scene in Holkham Hall with model Gina Harrison.” It took a day-long shoot to get the foundation of the scene just right. “The whole image was inspired by 19th-century angels and archangels, to re-imagine an otherworldly ethereal creature of grand scale. The piece is the longest in the Surreal Fashion collection to produce, and created on medium format 100MP.”

Scroll down for more from Aniela's Surreal Fashion—including some fascinating behind-the-scenes shots. 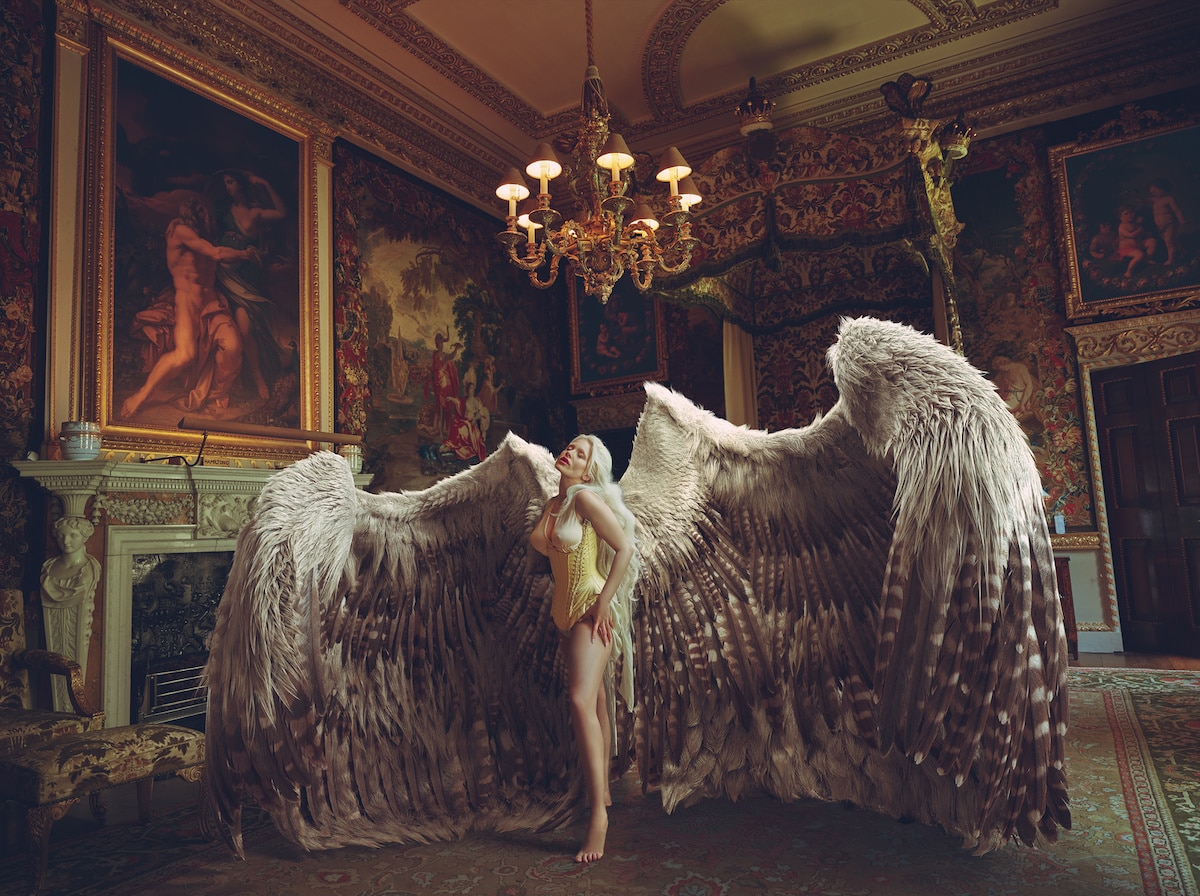 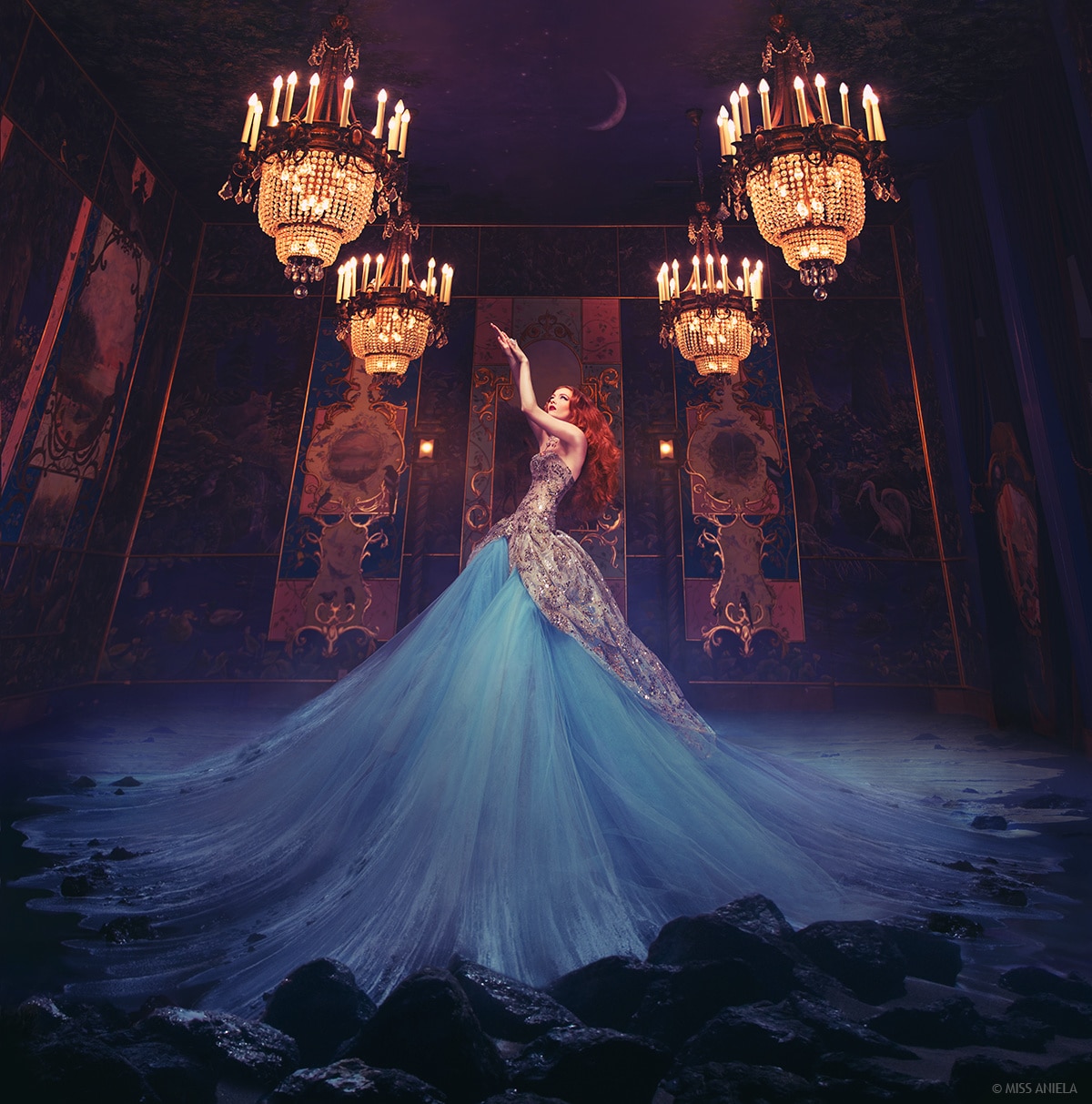 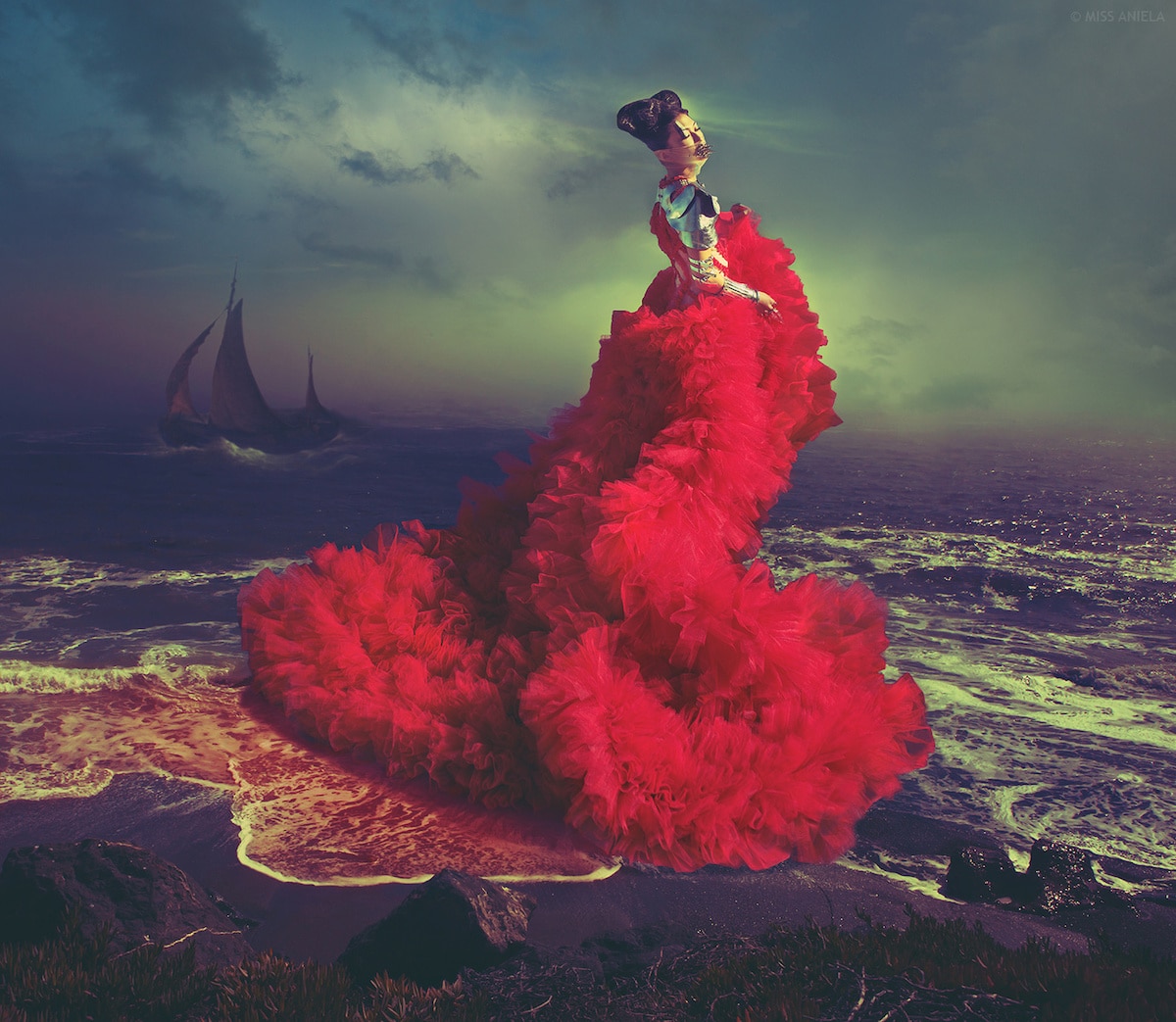 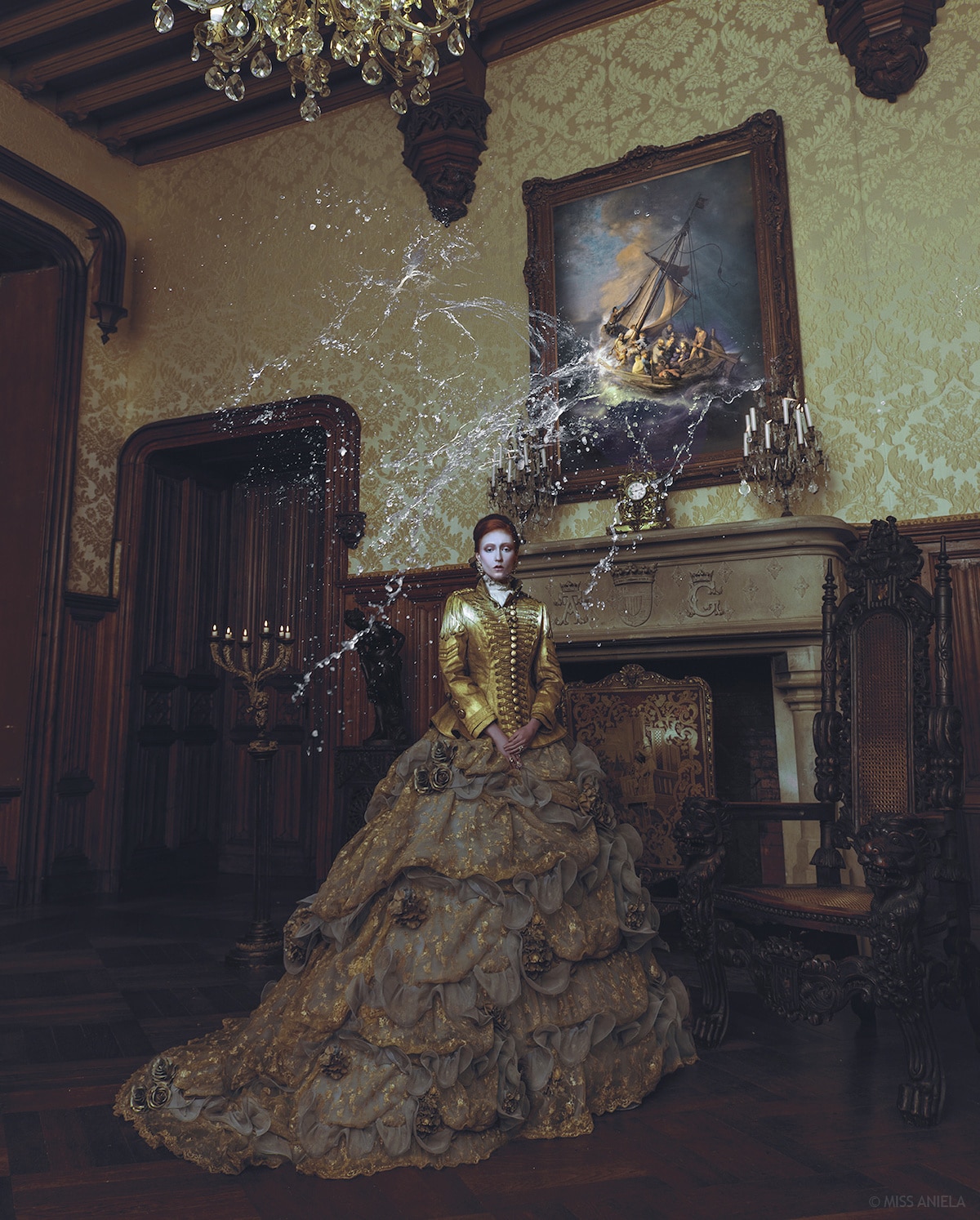 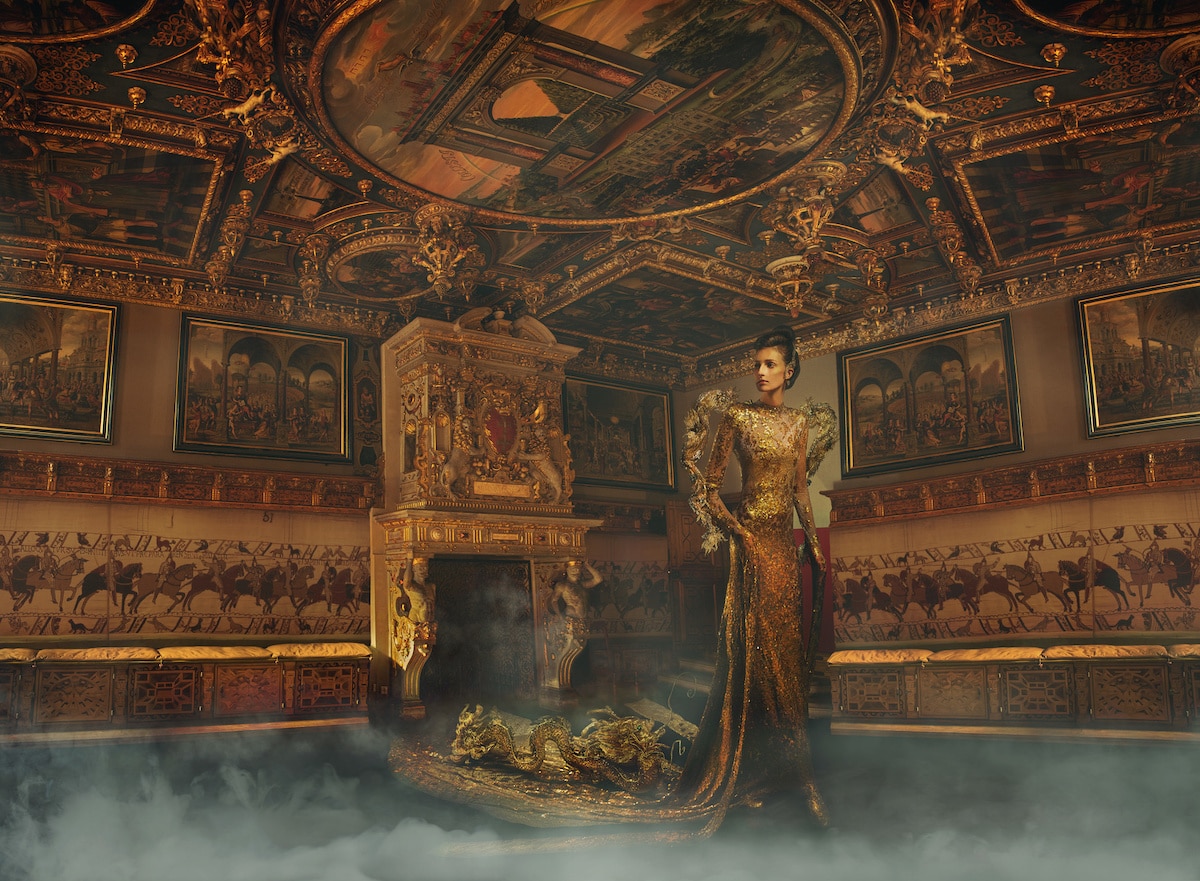 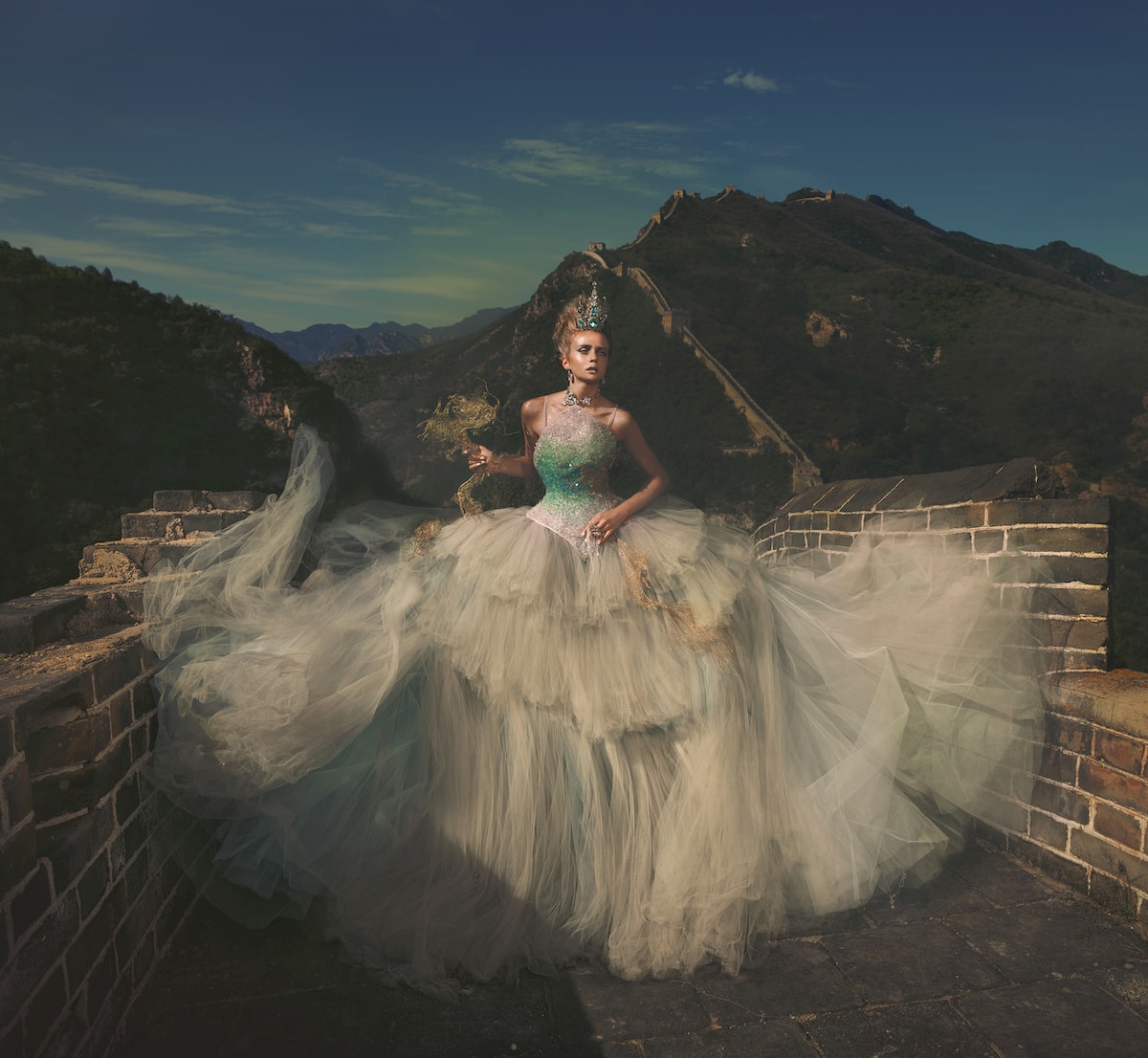 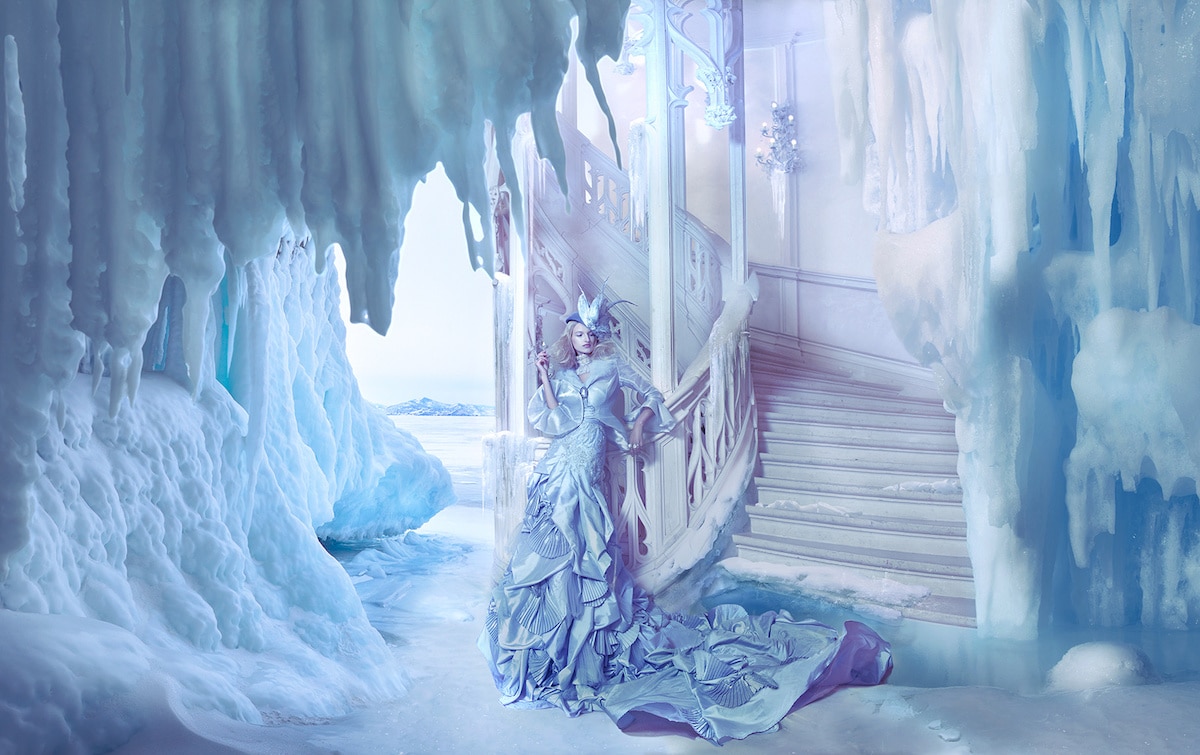 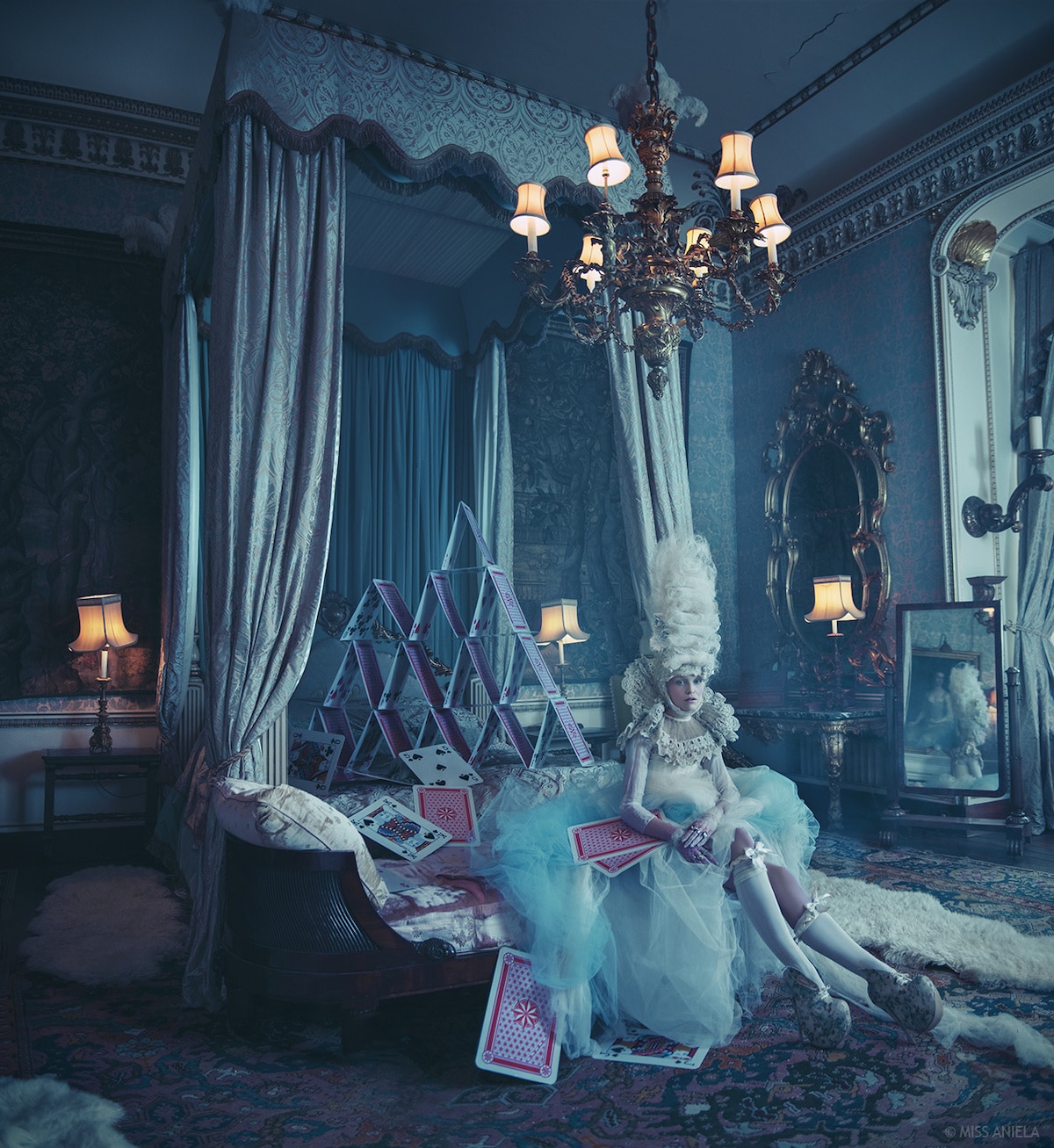 Next: More Work by Miss Aniela

Page 1/2
Like this surreal twist on fashion? Share
Like My Modern Met on Facebook
Get Our Weekly Newsletter
Become a
My Modern Met Member
As a member, you'll join us in our effort to support the arts.
Become a Member
Explore member benefits