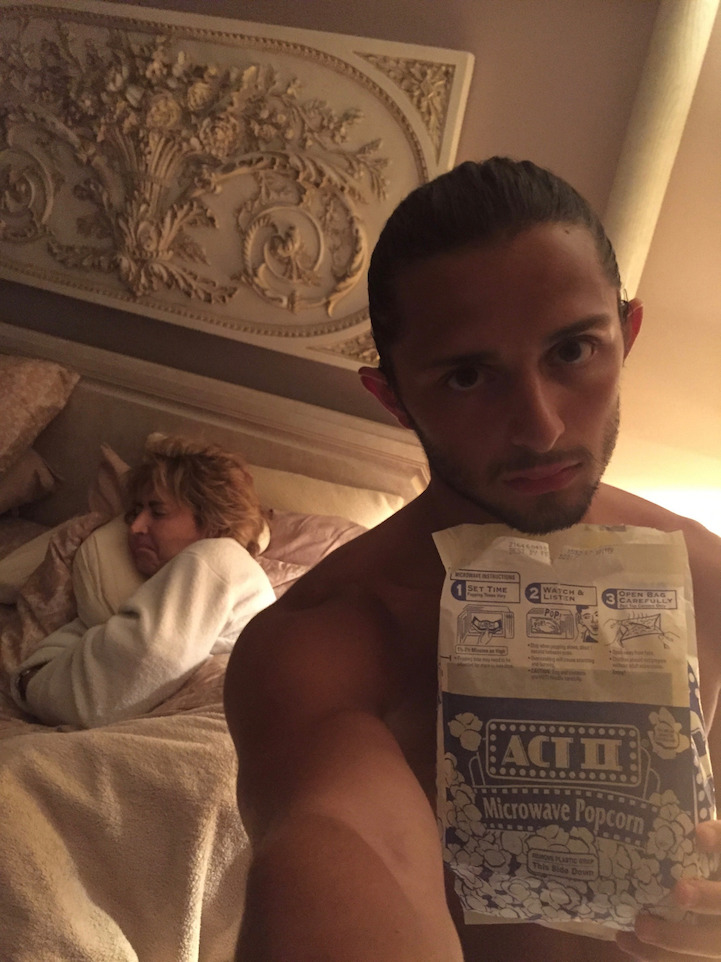 Nick Avallone is a 20-year-old student who developed an unusual-yet-hilarious nightly routine with his mom, Eleanor, while on summer break from college. Cozy in her robe and laying in bed, she’d ask Nick for a small snack. But by the time he’d bring it to her room, she'd already be asleep—leaving him to enjoy her popcorn, Goldfish crackers, and other tasty treats alone.

Nick found the whole thing both charming and silly. He told Buzzfeed that it was happening “consistently enough that I had to make a post,” and he snapped photos of her sleeping while he held the uneaten food. Taking the lighthearted “mom-shaming” a step further, he made a sign stating, “I ask my son for snacks then I fall asleep.”

When Nick told his mom that she always falls asleep, she just chuckled and said “I know, I know.” Many others laughed along with her—when Nick posted the photos to his Instagram, commenters identified with a sleepy Eleanor and her desire to have a nightly snack. Now, however, she’ll have to fetch her own, as Nick went back to college for the year. 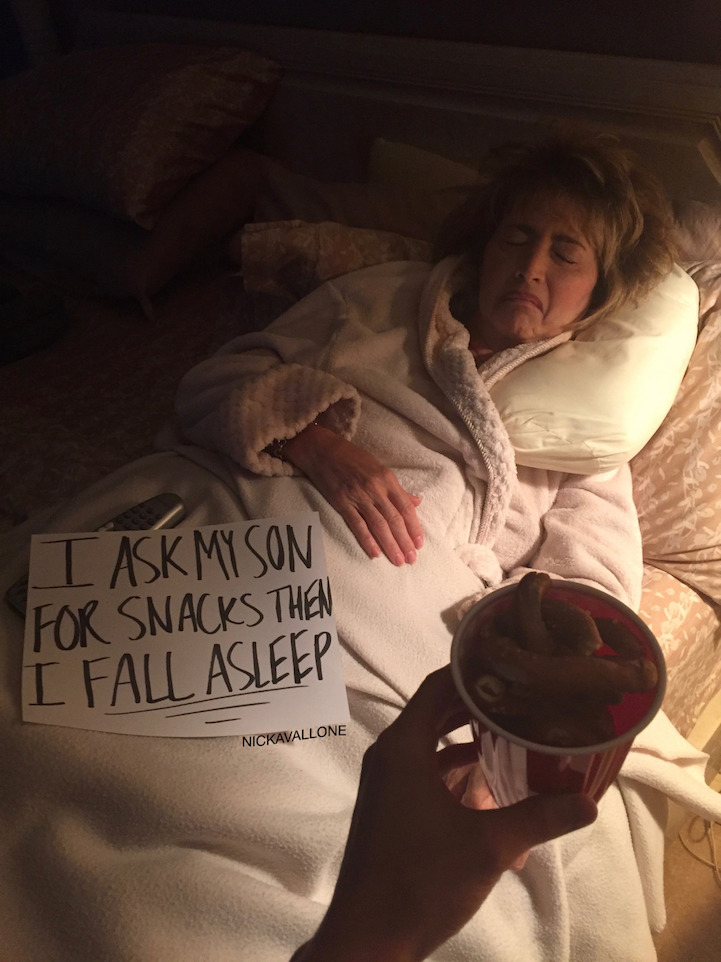 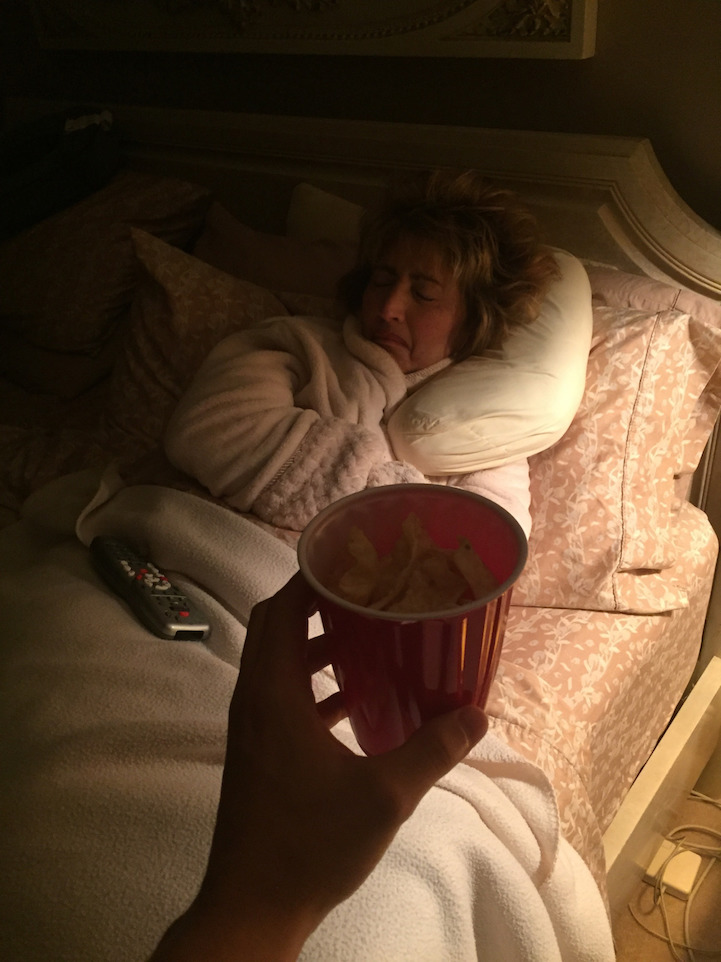 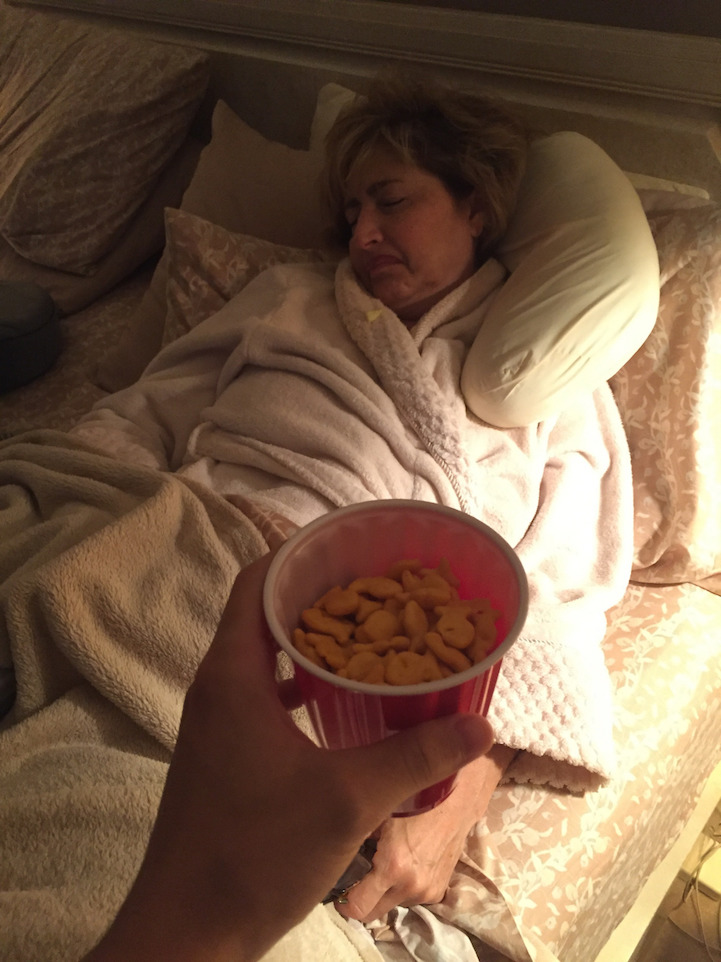 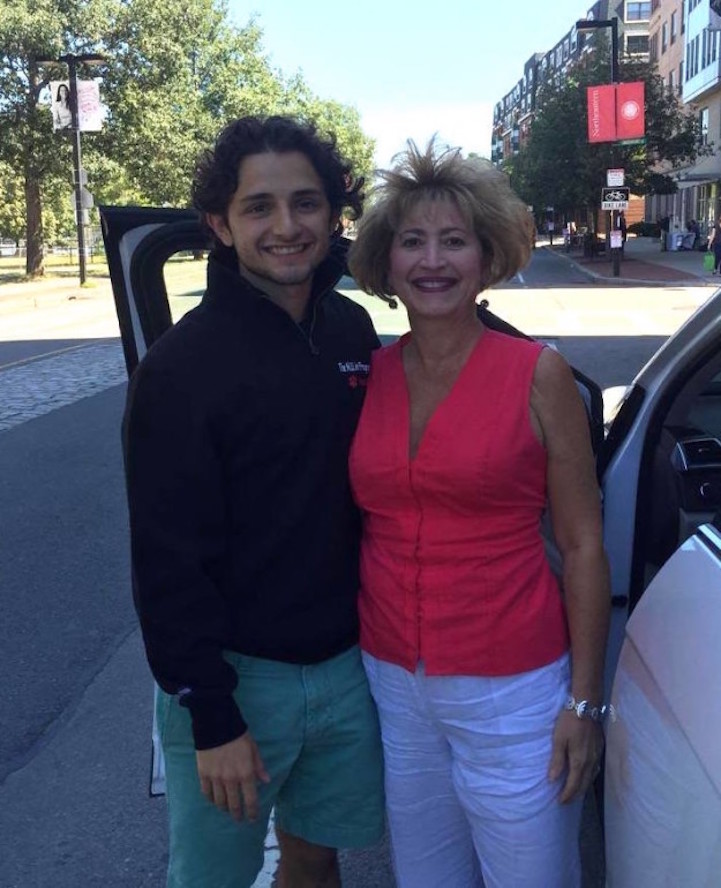 Avallone and Eleanor, when she's not asleep.