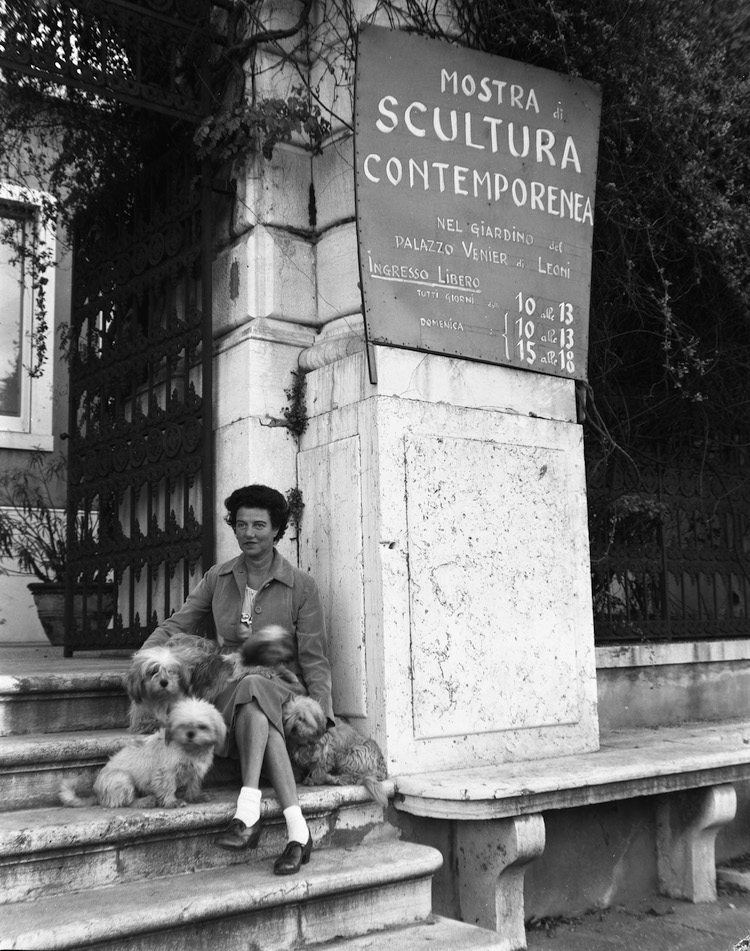 Few household names mean more to modern art than “Guggenheim.” A family of miners-turned-philanthropists, the Guggenheims struck it rich in the 19th century, amassing a fortune that has since sparked and fueled major modernist movements.

Today, the Guggenheim legacy is largely linked to New York City's Guggenheim Museum, an institution founded by Solomon R. Guggenheim in 1937. This site, however, is not the only important Guggenheim museum of modern art. Situated along Venice's Grand Canal is the Peggy Guggenheim Collection, a palazzo-turned-museum founded by Peggy Guggenheim. Much more than Solomon's niece, this forward-thinking art enthusiast is one of modernism's most influential curators—and one of the most successful female collectors of all time.

Her father died aboard the Titanic. 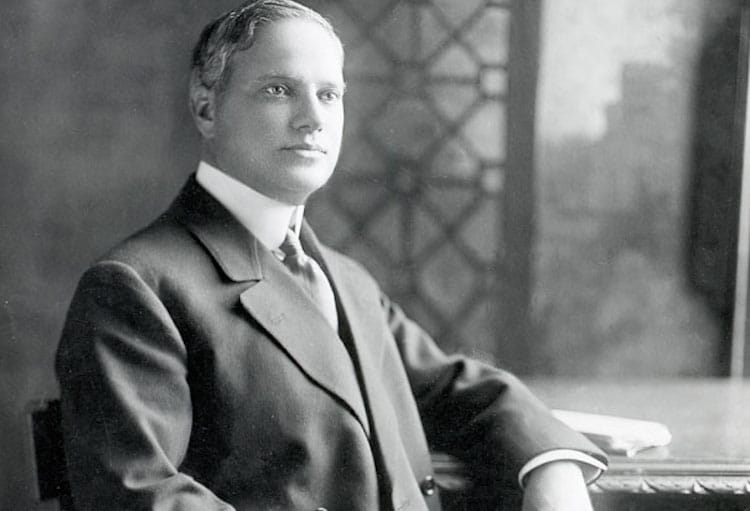 In 1898, Marguerite “Peggy” Guggenheim was born in New York City to Florette Seligman and Benjamin Guggenheim. The son of mining magnate Meyer Guggenheim, Peggy's father had inherited ample money, allowing him to split his time between New York City and Paris. On April 10, 1912, the millionaire boarded the Titanic, a ship bound for the Big Apple, in Cherbourg, France. At the time, the 2,453-passenger ocean-liner was famous for its astounding size. Just a few days later, however, it would tragically take on a new legacy when it struck an iceberg and sunk, killing over half of its capacity—an impeccably-dressed Benjamin Guggenheim included.

“We’ve dressed up in our best,” Benjamin Guggenheim reportedly told James Etches, an assistant steward, when he noticed that the magnate and his valet had foregone life vests for evening wear, “and are prepared to go down like gentlemen.”

Peggy Guggenheim was just 14 at the time of her father's death. In 1919, on her 21st birthday, she inherited $2.5 million (about $37 million today). The following year, she moved to Paris, where she met and mingled with the city's avant-garde artists—many of whom she'd later promote as a patron of the arts.

In 1938, Guggenheim opened Guggenheim Jeune, her first gallery, in London. This same year, she began collecting art in earnest, investing her inheritance in Surrealism, abstract works, and other modernist movements and styles. “I put myself on a regime to buy one picture a day,” she later recalled.

Many of the pieces purchased by Guggenheim were first featured in exhibitions at Guggenheim Jeune and, from 1941, at her Art of This Century gallery in New York City. In addition to presenting works by established artists like Pablo Picasso, Georges Braque, and Constantin Brâncuși, Guggenheim's shows included pieces by up-and-coming artists, like Robert Motherwell, Clyfford Still, and Jackson Pollock, whose Guggenheim-commissioned Mural launched his successful career in 1943.

“The mural was a leap forward for Pollock, and not only in aesthetic terms,” Helen A Harrison, author of Jackson Pollock, explains. “With Guggenheim as his patron, Pollock joined the ranks of an avant-garde that was taken seriously by the critics, collectors, and curators whose opinions mattered.”

Guggenheim would later name her “discovery” of Pollock as her “greatest accomplishment,” ranking higher than her collection itself.

The Louvre refused to house her collection during World War II. 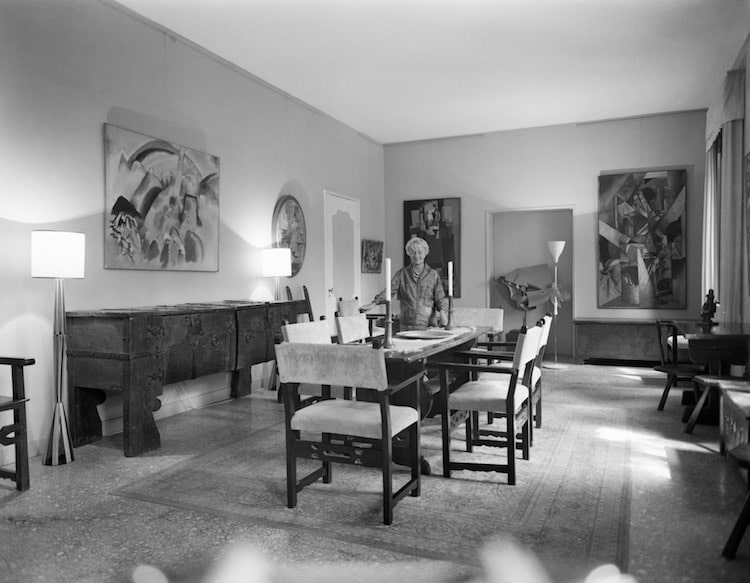 Within a short span of time, Guggenheim's “one-picture a day” plan proved successful.  By 1939, she had acquired 10 Picassos, 40 Ernsts, eight Mirós, four Magrittes, three Man Rays, three Dalís, one Klee, and one Chagall, among others. By today's standards, these holdings make up a practically priceless collection. Guggenheim's taste, however, was ahead of her time. Even the world-renowned Louvre Museum in Paris did not recognize its worth, refusing to house it during the Nazi invasion and forcing Guggenheim to ship it to the United States as “household goods.”

With her precious collection safe in New York City, Guggenheim decided to open Art of This Century, an “American outpost for the European avant-garde.” At the end of the war and a five-year-marriage to artist Max Ernst, Guggenheim returned to Europe—this time for good.

She moved into an unfinished 18th-century palazzo in Venice. 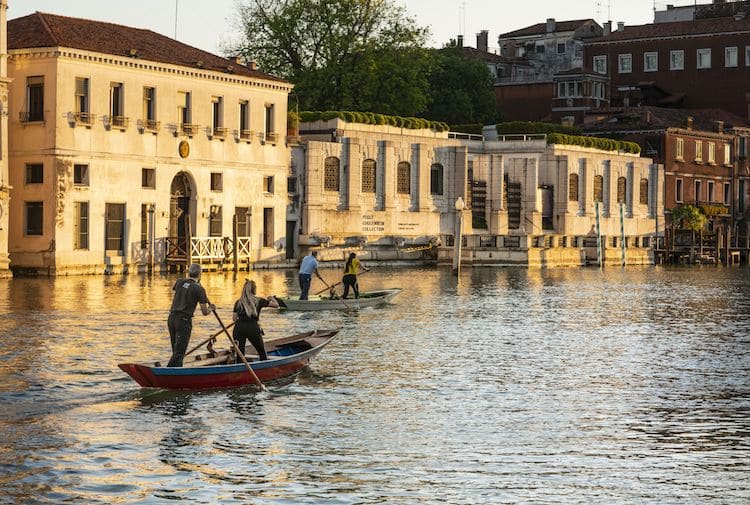 In 1947, Guggenheim moved to Venice. The following year, she exhibited her collection in the city's famed biennale, and, in 1949, she purchased the Palazzo Venier dei Leoni (the “Unfinished Palace of the Lions.”)

The story behind Guggenheim's palazzo is this: In 1749, the Veniers—a noble Venetian family—commissioned architect Lorenzo Boschetti to design a five-story palazzo perched on the Grand Canal. Unfortunately, extenuating circumstances hindered the project's construction, and the single-story palazzo was left unfinished. The building changed hands several times before Guggenheim would make it her permanent place of residence, and, soon after, an art museum.

Guggenheim opened her home to the public in 1951, inviting visitors to peruse her collection—displayed inside the palazzo and its beautiful gardens—free of charge until she passed away in 1979. However, in 1976, The Peggy Guggenheim Foundation (PGF) transferred ownership of its entire art collection (worth $40 million) to The Solomon R. Guggenheim Foundation (SRGF). The palazzo houses one of the greatest collections of modern art. The 326 paintings and sculptures include works by Pablo Picasso, Jackson Pollock, Constantin Brâncuși, Joan Miró, Salvador Dalí, Alexander Calder, Willem de Kooning, Mark Rothko, Alberto Giacometti, Wassily Kandinsky, and Marcel Duchamp.

She is buried next to her 14 dogs. 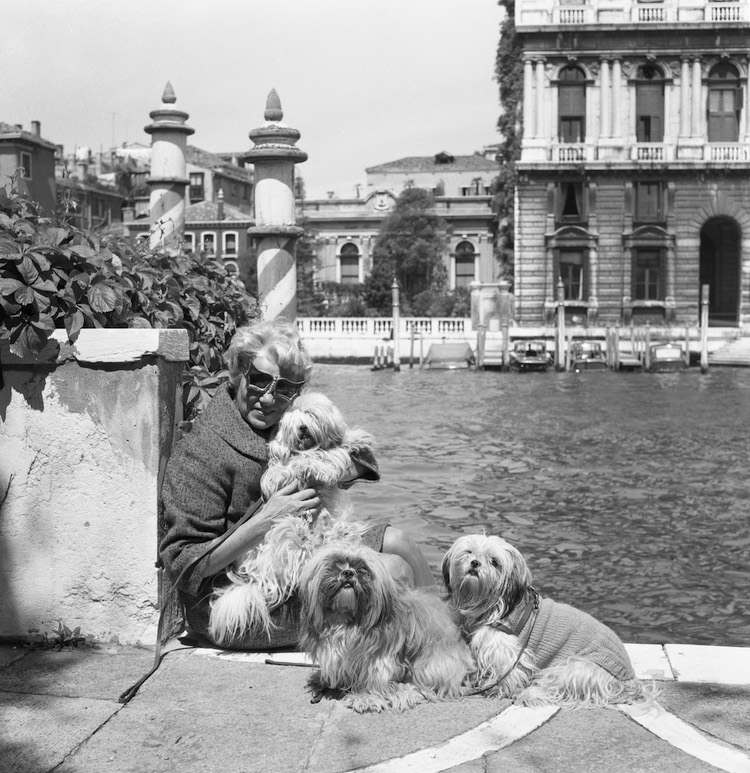 On November 15, 1979, Peggy Guggenheim suffered a stroke and was hospitalized in Camposampiero. She had been ill for quite some time and was 81 years old when she passed in the hospital outside of Venice. Following her death, Guggenheim's ashes were tucked away in a corner of her sculpture garden. Today, in addition to visiting the groundbreaking figure's grave, visitors to the Peggy Guggenheim Collection can also pay their respects to other important Guggenheims: her 14 late Lhasa Apsos. “Here lie my beloved babies,” a plaque above her pups' tomb reads. It then lists each of her dogs, from Cappucino (1949-1953) to Cellida (1964-1979).

With her dogs, her art, and the Grand Canal (“If anything can rival Venice in its beauty,” Guggenheim once mused, “it must be its reflection at sunset in the Grand Canal”) by her side, it's hard to imagine a more exceptional resting place for such an extraordinary person.

My Modern Met  granted permission to feature photos by The Peggy Guggenheim Collection.