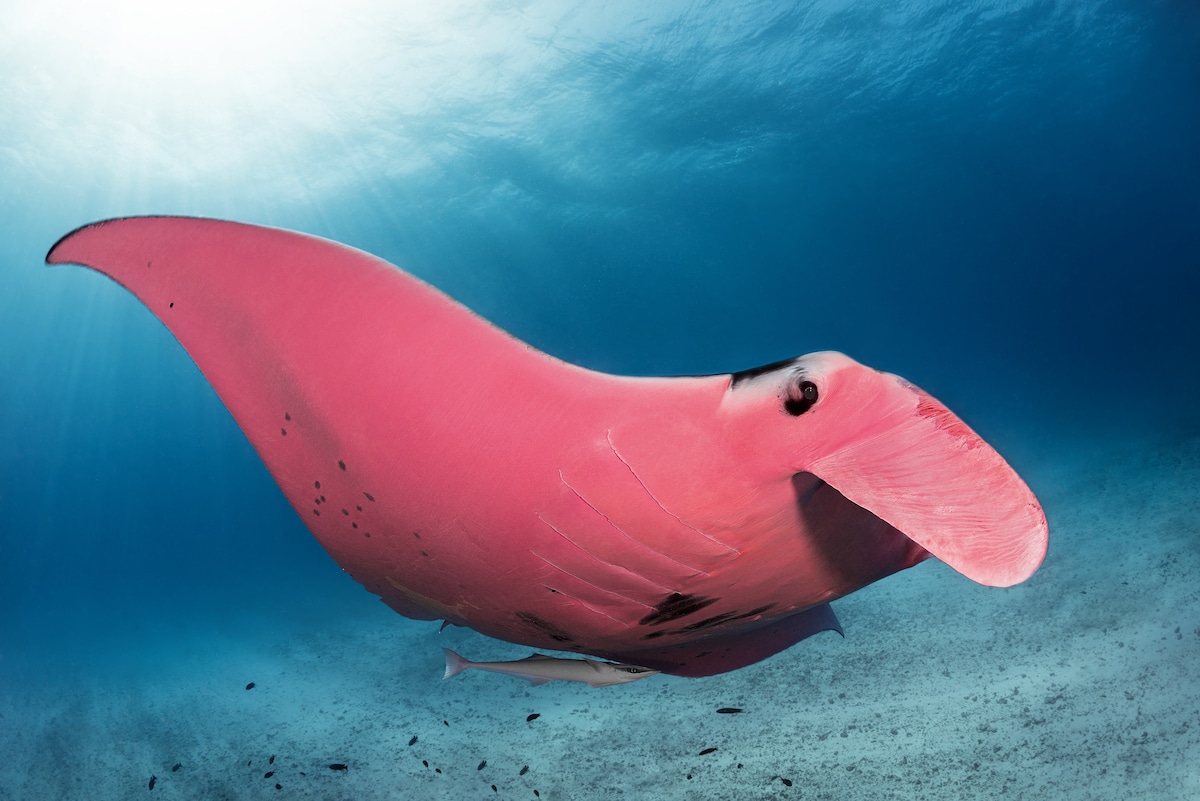 While we've seen everything from cotton-candy colored lobsters to spotted zebras, nothing quite prepared us for the sight of a pink manta ray. Thanks to the images shared by photographer Kristian Laine, the world got a glimpse of the unique animal, which has only been seen seven times since it was first discovered in 2015.

The male manta ray calls the waters off Australia's Lady Elliot Island, located in the Great Barrier Reef, home and measures eleven feet. Though he's been studied extensively by Project Manta, a research group that focuses on the ecology and biology of Australia's manta rays, Laine's incredible images have helped the animal go viral.

Nicknamed Inspector Clouseau in an homage to The Pink Panther, the manta ray is so unusual that it made Laine think that he had a camera malfunction. “I had no idea there were pink mantas in the world, so I was confused and thought my strobes were broken or doing something weird,” he said. However, there was no such mistake and Inspector Clouseau's vibrant pink color makes him one of a kind.

In an effort to learn more about his coloration, Project Manta did a skin biopsy in 2016. This led them to rule out illness or diet as causes for his unique color. Researchers now believe the manta ray's pink skin is due to a genetic mutation that causes it to express melanin differently. Most likely this is a condition called erythrism, which causes an animal's pigmentation to express as red or pink. Understanding this mutation could eventually help scientists learn more about how the coloration of manta rays has evolved.

To put things into perspective, manta rays are typically either all black, all white, or black with a white belly. While these types of genetic mutations can sometimes cause animals to be more vulnerable to predators, experts believe that Inspector Clouseau isn't having any issues due to his sheer size. As the largest of all rays, adults can weigh up to nearly 3,000 pounds, so understandably he doesn't have too much trouble fending for himself.

Though he may not know it, Inspector Clouseau has now become an online celebrity for his unique coloration. For Laine, the experience is once in a lifetime and has made him one of just a handful of people to experience the pink manta ray's beauty in real life. “I feel humbled and extremely lucky,” Laine told National Geographic.

If you are interested in owning Inspector Clouseau's photo, Laine has prints available in his online shop. 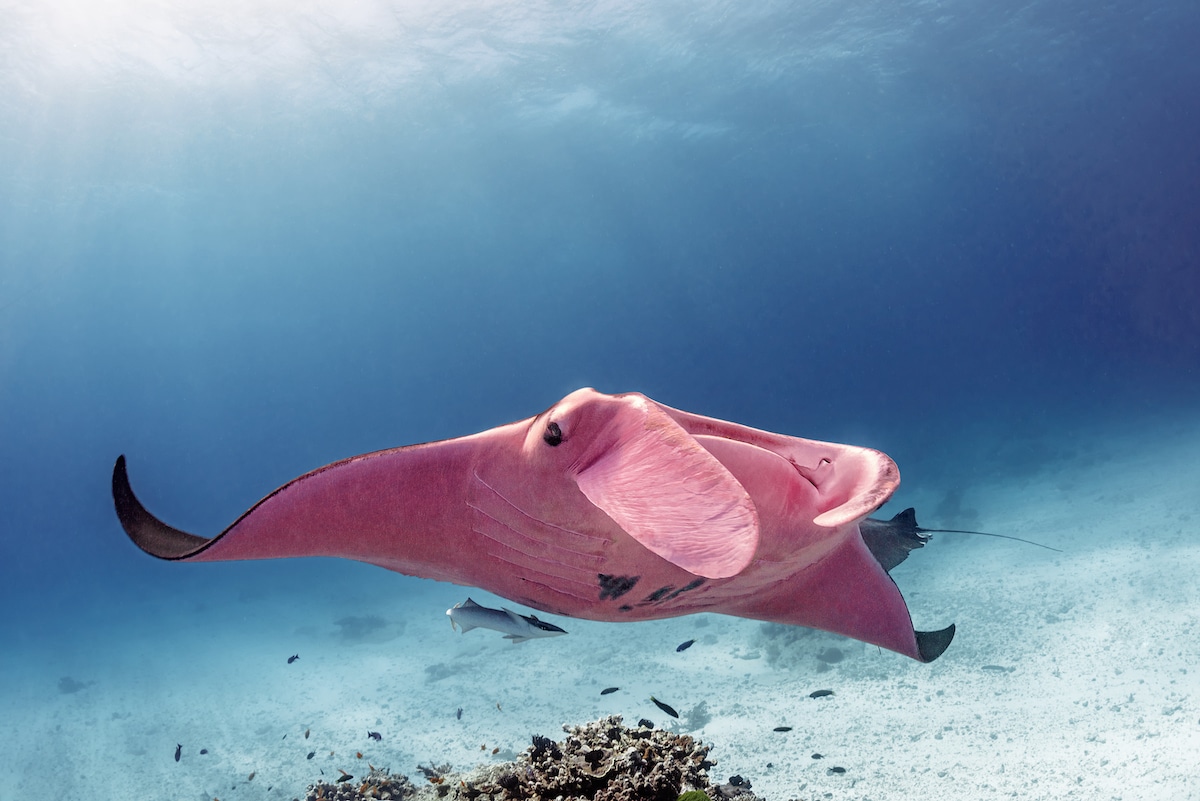 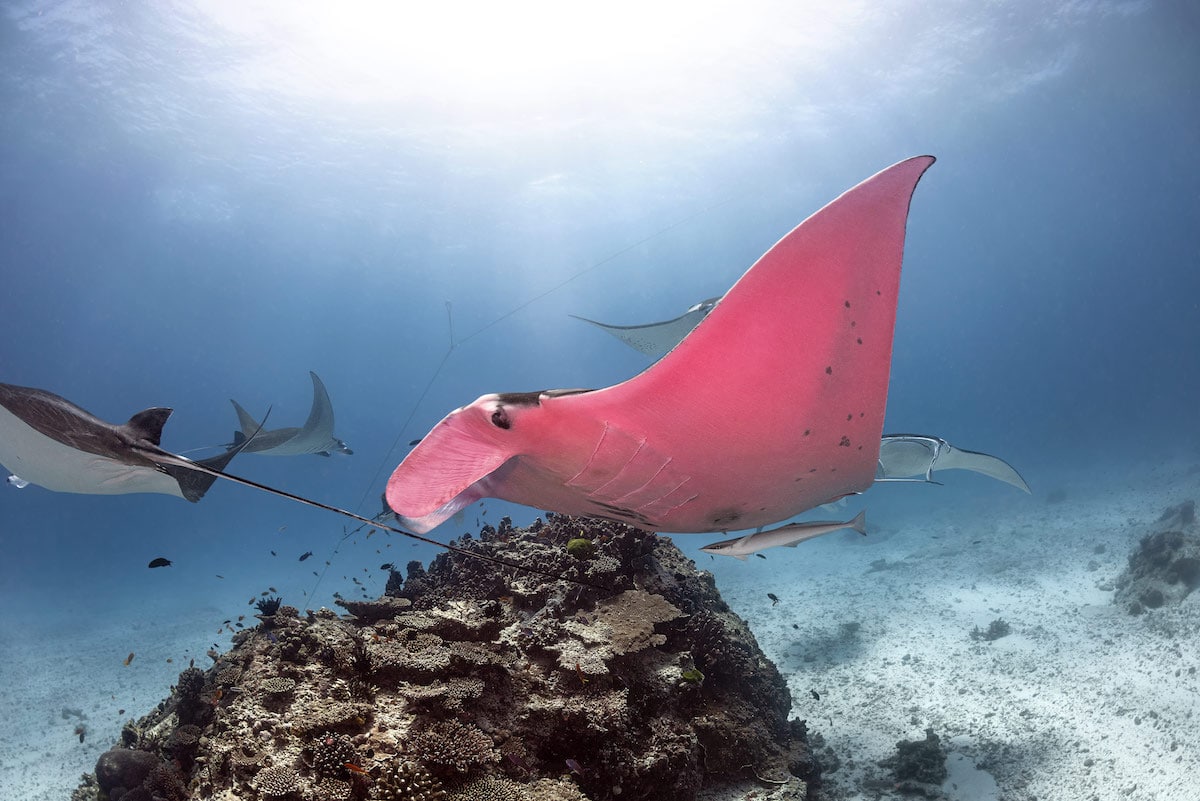 A genetic mutation has most likely caused him to be the only known pink manta ray in the world. 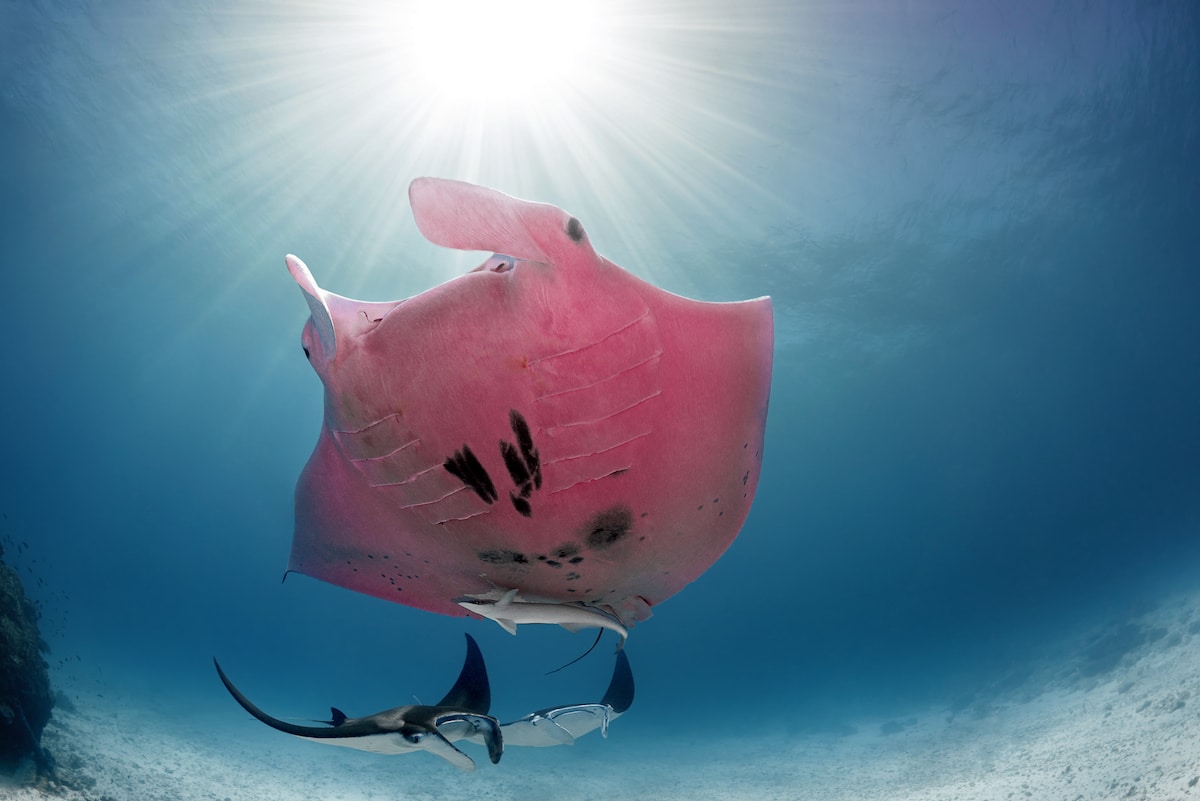 Since being discovered in 2015, he's only been seen a handful of times. 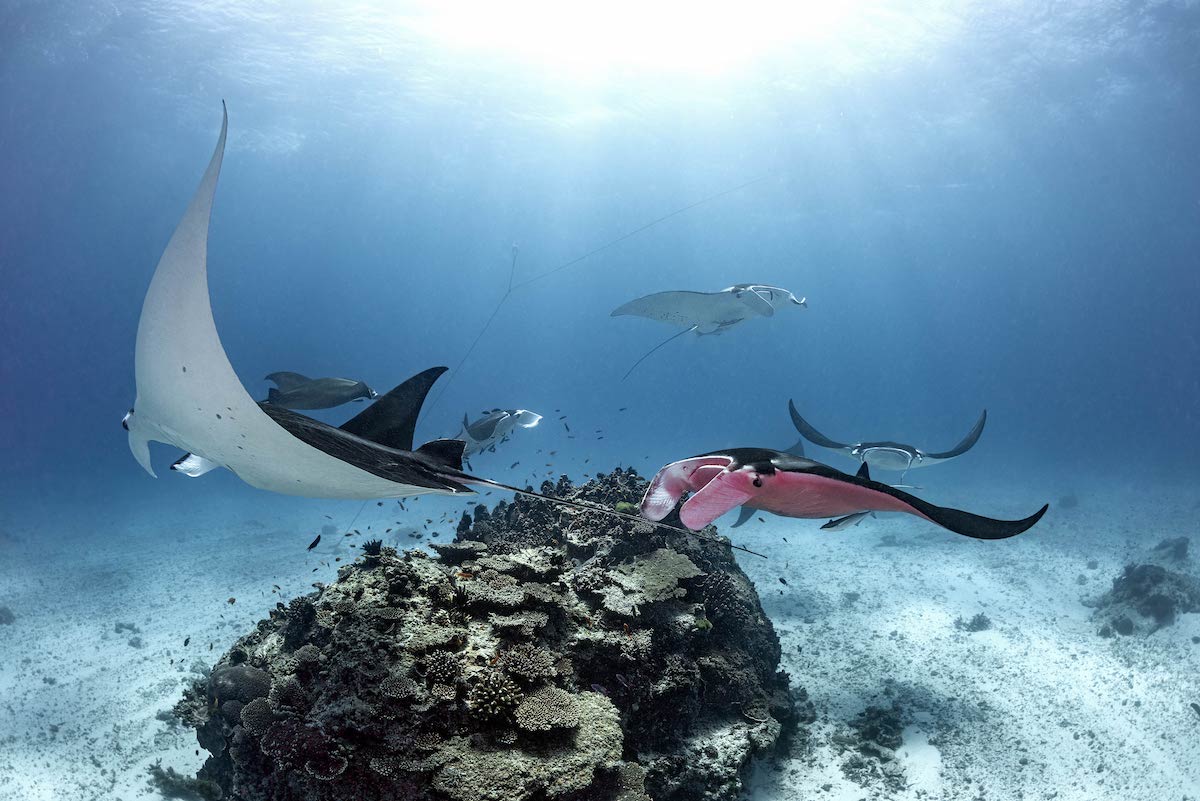 Incredibly Rare Pink Katydid Is Spotted in the Wild

Love this pink manta ray? Share
Like My Modern Met on Facebook
Get Our Weekly Newsletter
Become a
My Modern Met Member
As a member, you'll join us in our effort to support the arts.
Become a Member
Explore member benefits