Hilarious Photos of a Man with Random Objects in His Beard 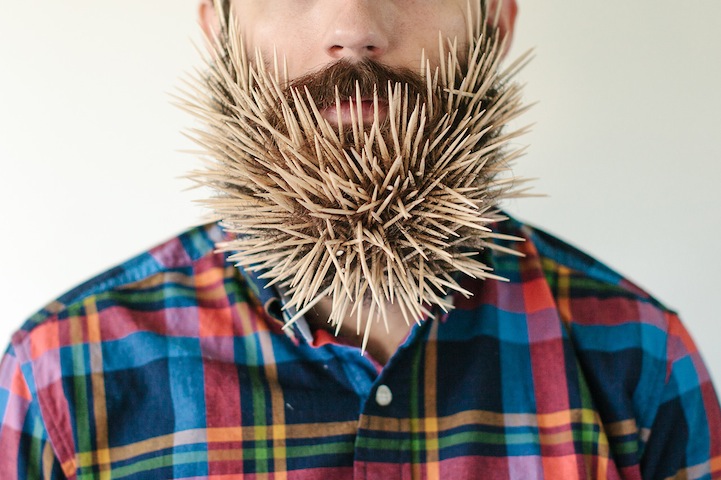 Married photographers Stacy and Pierce Thiot of Red Poppy Photography have begun experimenting with how many objects can fit into Pierce's beard, tracking their progress in a single-topic blog titled Will It Beard. Taking its title from a play on the popular Will It Blend? video series, the images deliver just what you'd expect–straight-forward shots of Pierce's bushy beard stuffed with random objects.

The Los Angeles-based couple manage to stick a variety of household items into the young man's facial hair, which includes anything from countless toothpicks, raw noodles, and cocktail umbrellas to crayons, gummy worms, and flaming sticks. One image even ironically features half a dozen razors entangled in Pierce's beard. Luckily, they didn't make a dent in his thick, long whiskers and he was able to pack an assortment of colorful bow ties in there the next day. 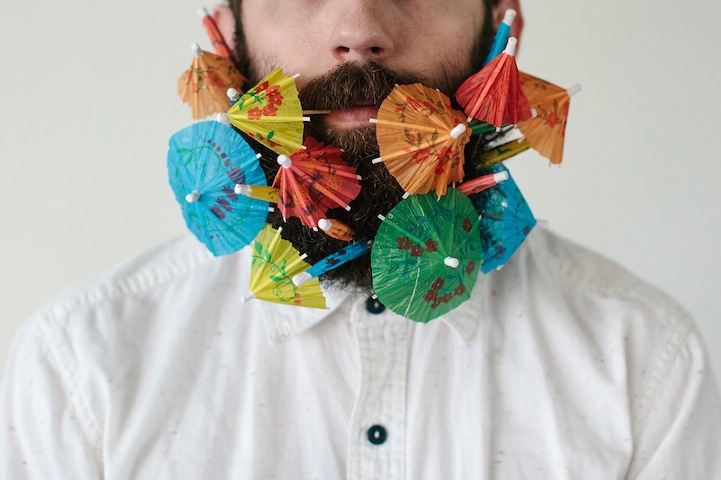 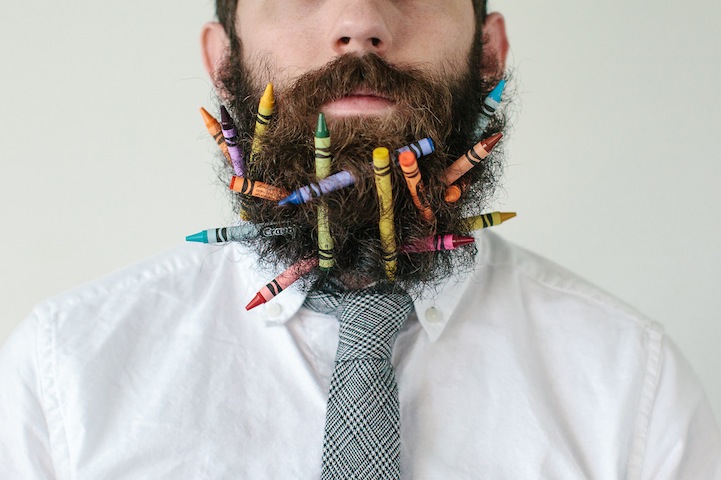 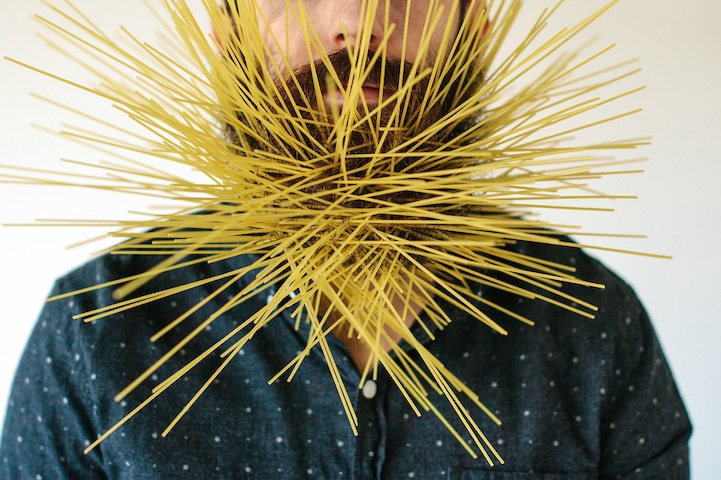 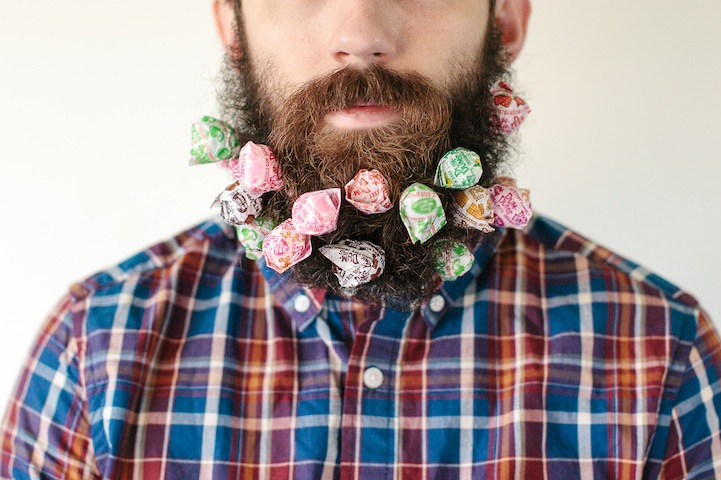 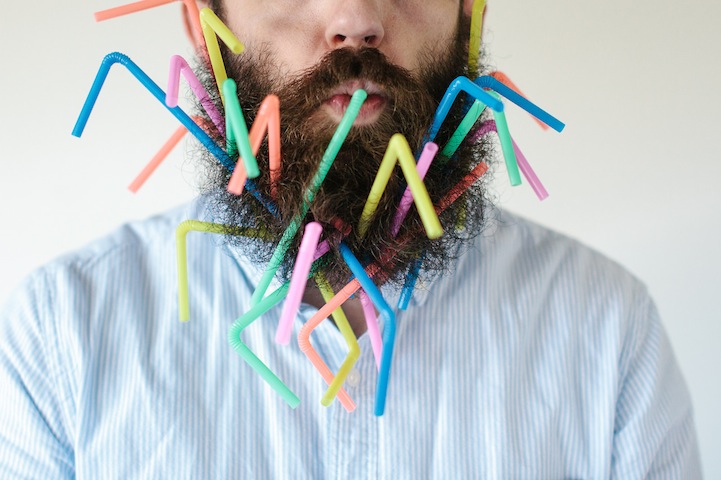 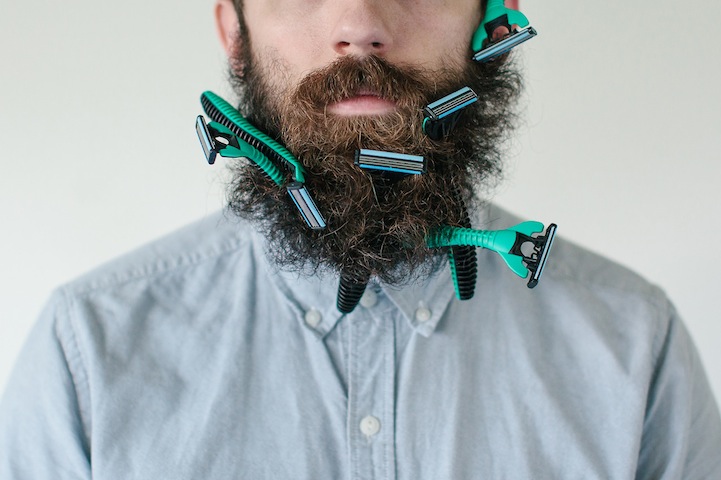 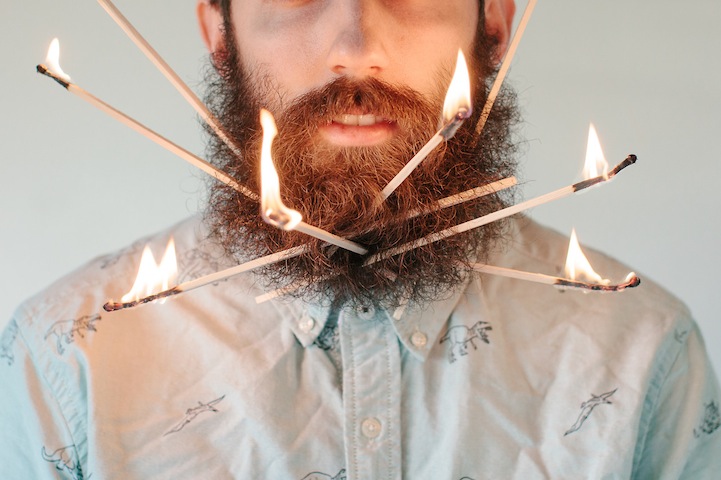 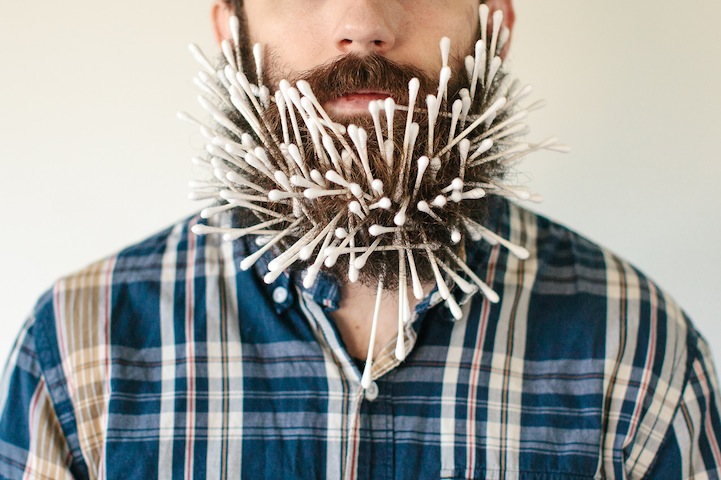 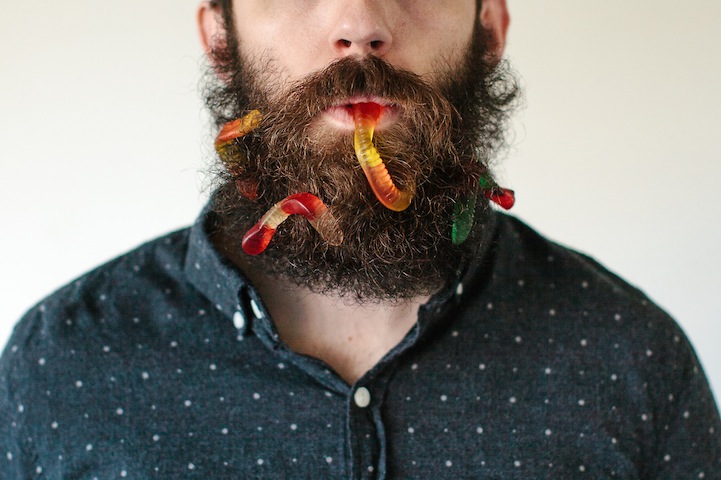 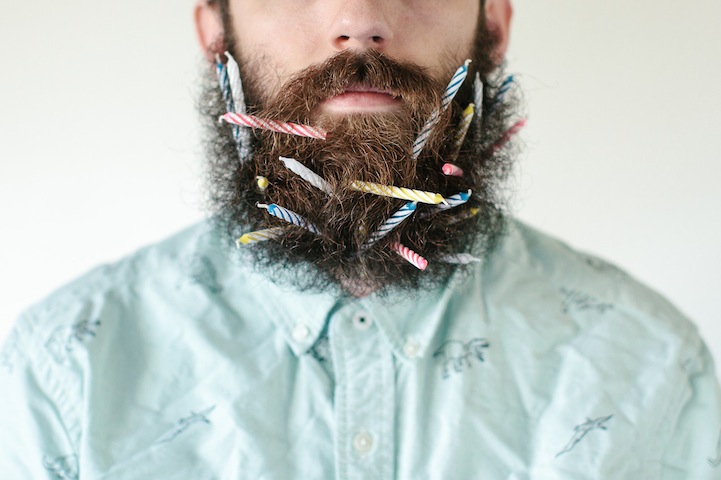 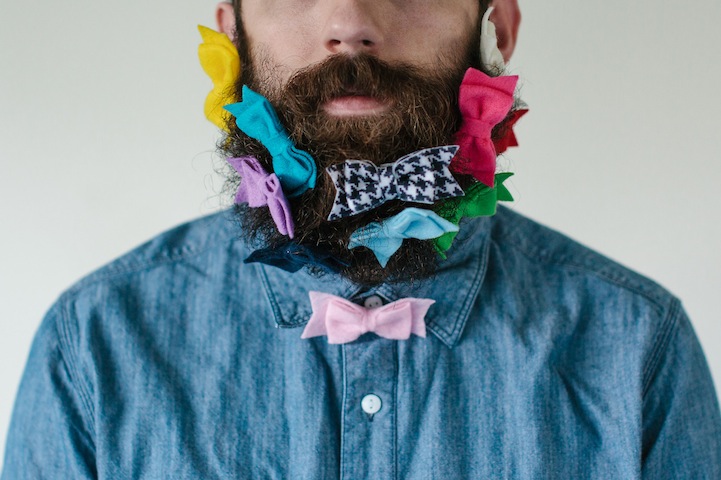