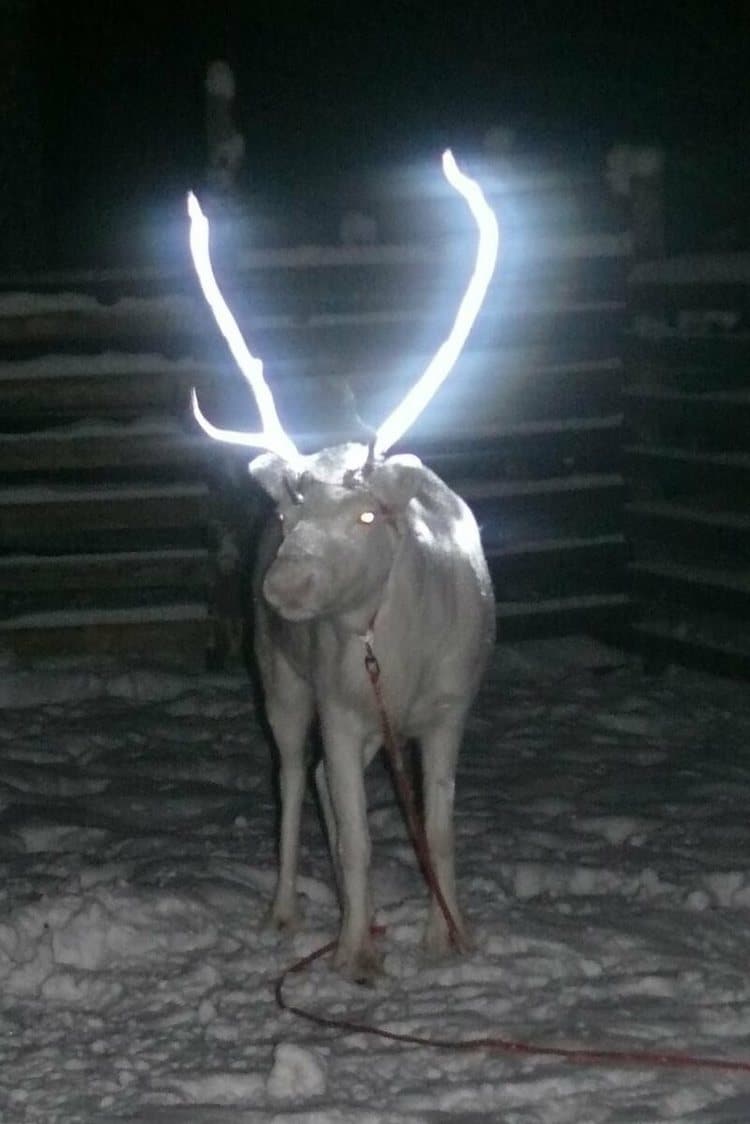 When driving at night, it can be nearly impossible to spot a wild animal on the road before it's too late. In fact, Finland has estimated that over 4,000 reindeer die each year due to car accidents. The sad occurrence is also a costly one; the damages are estimated to be €15 million (almost $18 million) a year. This has inspired groups like the Finnish Reindeer Herders Association to mitigate fatalities and cost with a variety of solutions. One simple-yet-ingenious idea was to spray the creatures with reflective paint so that they glow when light hits them.

In 2014, the Reindeer Herders Association applied the paint to various parts of the mammal, effectively giving them a bicycle vest. In doing so, the organization hoped that it will make the deer more visible to passing cars. This would give the motorist time to slow down and the animal time to dart away before a fatality would occur.

“The spray is being tested on fur at the moment, but it may be even more effective on the antlers, because they are seen from every side,” Anne Ollila, chairwoman of the Reindeer Herders Association, explained at the time. Photos of the reindeer showed the antlers as well as parts of the animal's back glowing in the dark.

While a great idea in theory, in practice the Finnish Reindeer Herders Association found that it was less effective—but they aren't giving up. “[The antlers] interest broadly around the world and was the best campaign so far,” the association said. “There are some problems with the durability and utility, but the product development continues.”

Finland’s reflective painting is just one way that humans are trying to keep animals safe. Several areas around the world are also building wildlife crossings—overpasses that help animals pass over busy roadways onto their habitat. Check out one life-saving bridge in Utah.

Reindeer in Finland are having their antlers sprayed with reflective paint to help save their lives from tragic car accidents. 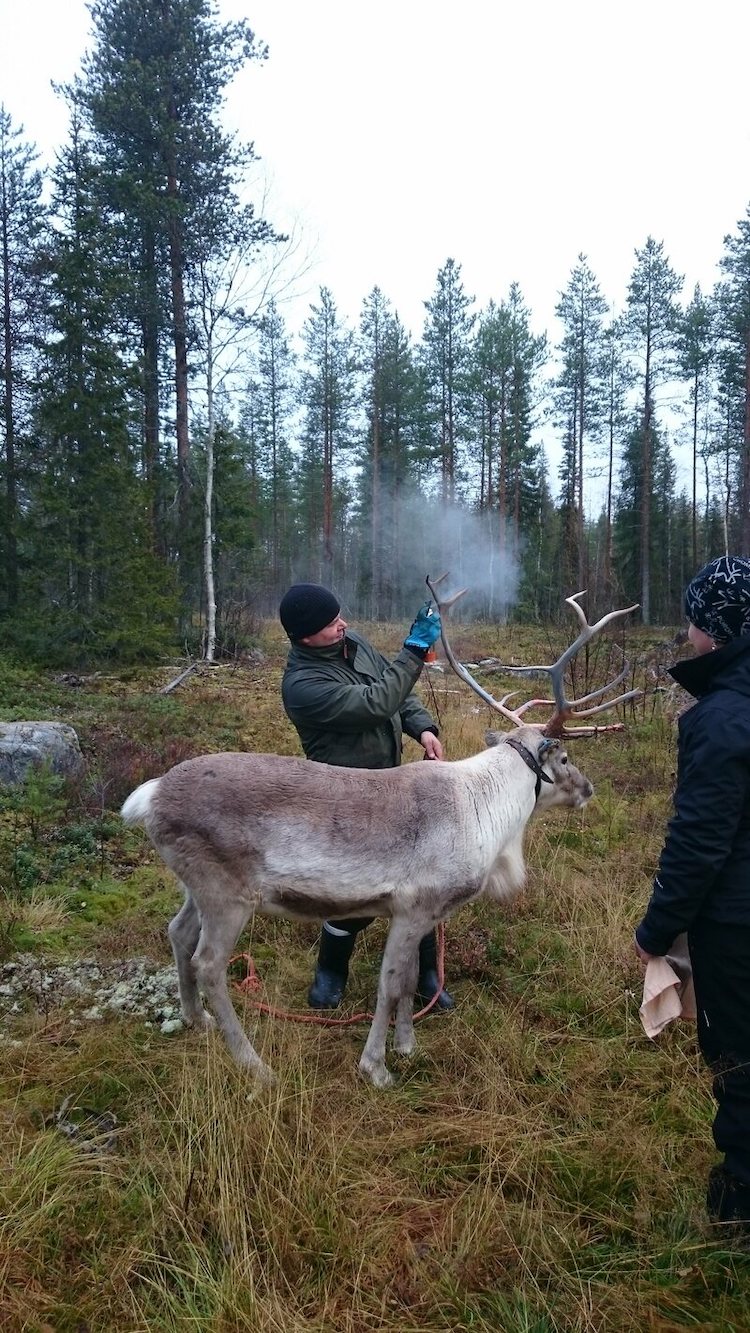 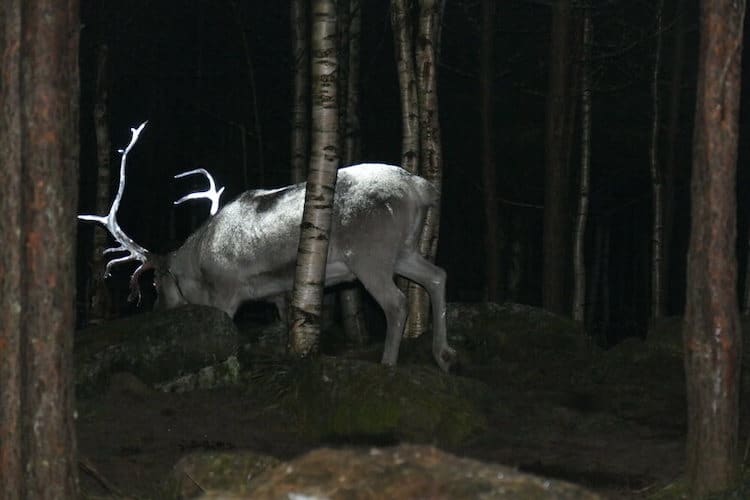