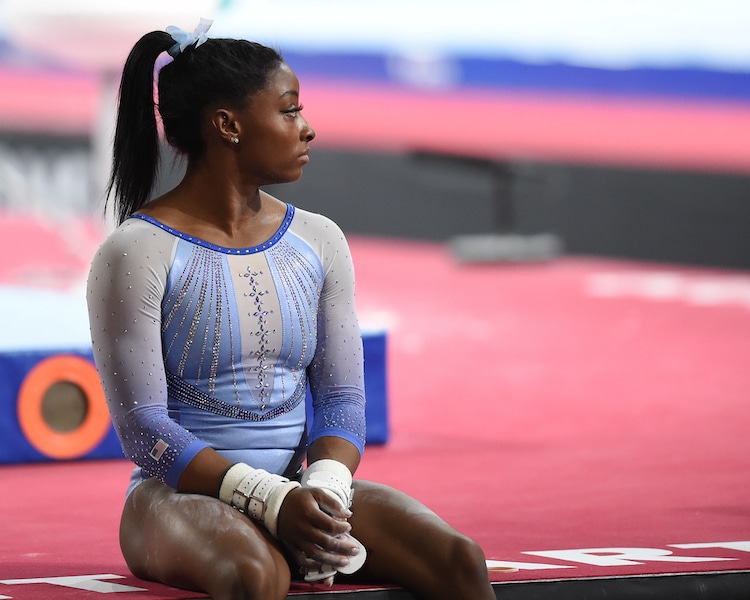 Olympic gymnast Simone Biles has made countless headlines over the last several weeks due to her difficult decision to withdraw from some of her events during the Tokyo Olympics. The decorated medalist ultimately received overwhelming support for her decision, with many praising her courage and bravery in speaking out about mental health as an athlete. However, there have still been quite a few critics who have tried to downplay the circumstances, with some even calling her a quitter. But she isn’t having any of that.

One month after leaving the Tokyo Games, Biles has given the perfect response to her haters in a magnificent Instagram post. The Olympian shared a picture of her two latest medals, accompanied by an empowering caption that is sure to silence any remaining critics.

“Can’t believe it’s already been a month,” Biles begins. “Definitely not the way I planned the Olympics going, but I wouldn’t change anything for the world. I’m proud of myself and the career I’ve had thus far. This Olympics doesn’t erase the past accomplishments I’ve achieved, nor does it define who I am as an athlete. I’ve pushed through so much the past couple years. The word ‘quitter' is not in my vocabulary. For some of you, that may be how you define me. But keep talking, because I can’t hear you over my 7 Olympic medals, which tied me for the most decorated gymnast EVER, as well as most decorated American gymnast.”

And she definitely sticks the landing on that one! It’s inspiring to see Biles in this positive headspace and at peace with her decisions, especially with all the negativity she’s likely bombarded with on the internet. But, as she has shown, it’s best to just block all that stuff out and move on. Because, as her hype girl Taylor Swift would say, “haters gonna hate.”

One month after withdrawing from the Tokyo Olympics, Simone Biles expertly silenced her critics with an incredible Instagram post.

Watch this interview to hear Biles talk more about the difficult decision: