What keeps our fruits and vegetables clean and fresh? Sadly, the answer is often single-use plastic wrap. The aisles of supermarkets overflow with packaging, much of which is not recyclable. Plastic waste generated by food consumption ends up in landfills or even the ocean. Countries have recently begun to take steps to combat this harmful accumulation. Spain has announced it is formulating a ban on plastic wrap for produce in an effort to reduce waste.

Spain's Ministry for Ecological Transition is currently drafting a decree which will ban plastic wrap for produce sold in stores weighing under 1.5 kilograms (about 3.3 pounds). The ban will go into effect in 2023. The edict hopes to encourage shoppers to buy in bulk or use reusable packaging. The new decree is also considering ways to make drinking water readily accessible and decrease the use of plastic water bottles. Plastic cups may also be regulated.

The Spanish ban is following in the footsteps of France, which banned similar plastic wrap as of 2022. Other countries such as India and the U.K. have recently moved to ban certain classes of single-use plastics in the next few years. For Spain, the need for regulation was made tangible by a sobering study released recently in the Marine Pollution Bulletin. The study found that microplastics are a pressing problem along Spain's expansive and beautiful coasts. “Drastically reducing their [single use plastic] production globally,” is the way forward, according to the researchers. Spain's impending ban on plastic wrap is a step in the right direction.

Spain has announced plans to ban single-use plastic wrap for produce products as of 2023 in an effort to reduce waste. 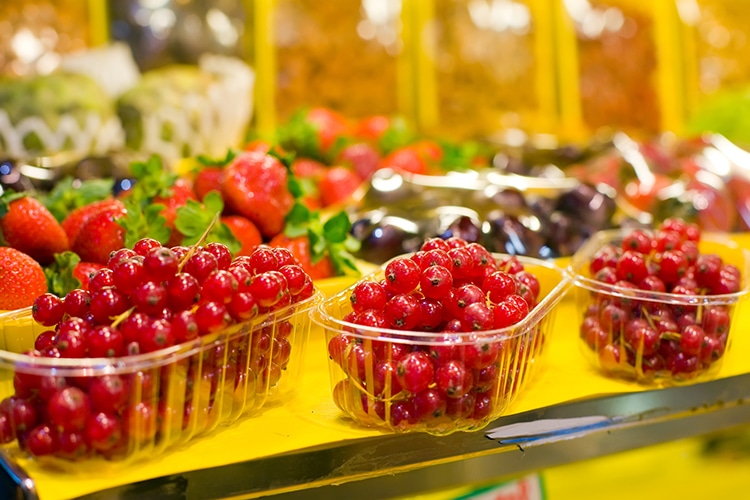 Eco-Friendly Metal Straw Conveniently Collapses to Fit on Your Keyring