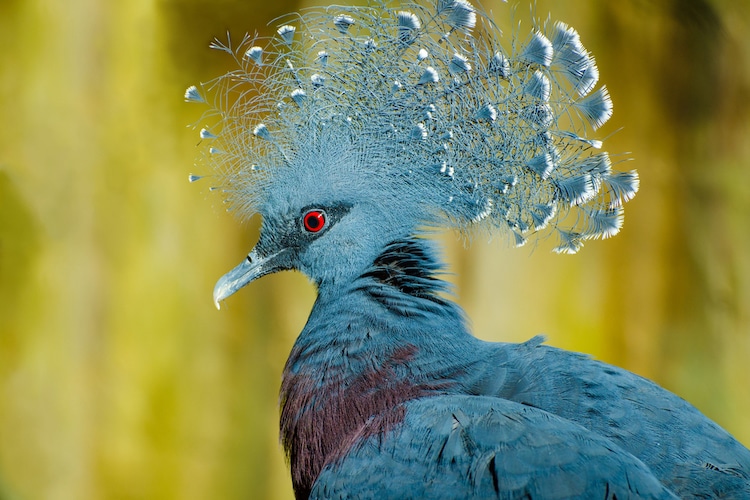 Most people who are only familiar with the common pigeons seen in the city don't necessarily consider them beautiful birds. But with over 300 species of pigeons and doves around the world, there are some unexpected beauties in the bunch. Perhaps no species of pigeon is more intriguing than the Victoria crowned pigeon (Goura victoria). With an elegant crest of feathers on its head, this stunning bird could be considered the supermodel of the pigeon world.

Native to the New Guinea region, the pigeon is named after the great 19th-century British monarch Queen Victoria. The large, ground-dwelling pigeon has deep blue-grey feathers, a maroon chest, and a black mask punctuated by brilliant red eyes. What really makes it special, though, is its crest. One of three species of crowned pigeons, the Victoria crowned pigeon has a clearly defined crest topped by white-tipped feathers. The incredible plumes help give the pigeon its elegant, regal appearance. 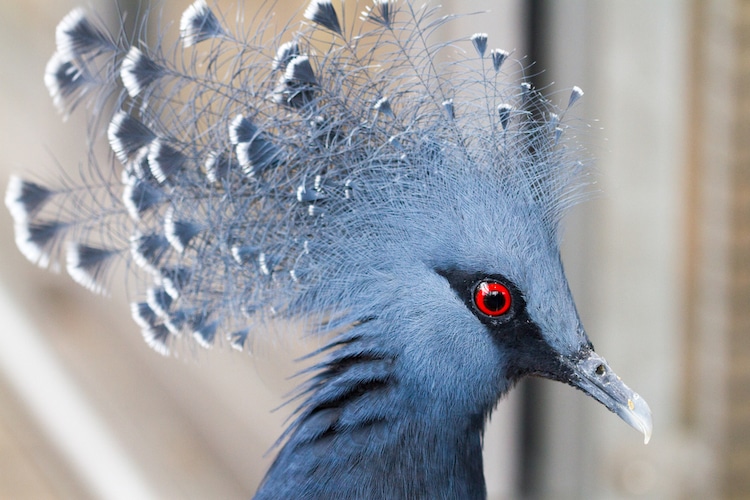 While all crowned pigeons are larger than other pigeons, the Victoria crowned pigeon is actually the largest surviving species. Weighing up to 7.7 pounds and measuring up to 30 inches long, they are giants compared to other pigeons. To make a comparison, the common pigeon—or rock dove—is only half as long and weighs under a pound. Taking into account that Victoria crowned pigeons have a diet consisting of fallen fruit—they love figs—it's incredible how much they must have to eat to put on that weight. In fact, their size makes them more akin to a medium-size chicken than your average pigeon.

These friendly birds enjoy company, and typically travel in pairs or groups while they forage for food. They'll walk along the forest floor, gathering fruit, unless disturbed. Then, they'll make a loud clapping noise while they fly up into the trees for protection. Unfortunately, Victoria crowned pigeons are becoming increasingly rare in the wild, especially since their beauty makes them the most widely kept of the crowned species in captivity.

These majestic birds are slowly losing habitat due to logging and are also under threat from people who hunt them for their feathers and meat. In fact, they are rarely found near populated areas due to excessive hunting. They are now listed as “Near Threatened” on the IUCN Red List of Threatened Species.

The Victoria crowned pigeon is a large bird known for its gorgeous crest of feathers. 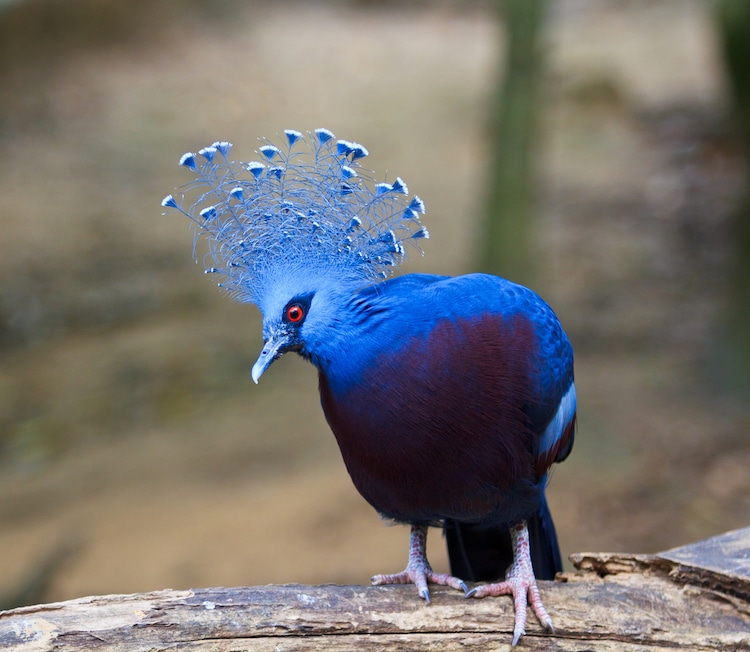 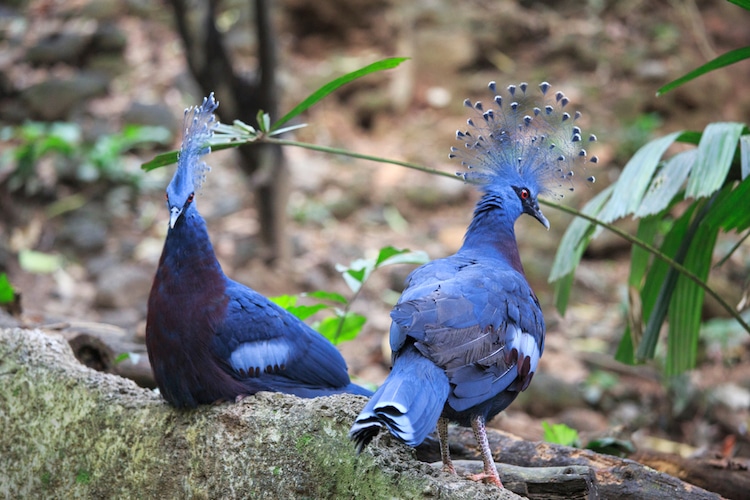 Native to the New Guinea region, these elegant birds are now largely found in captivity. 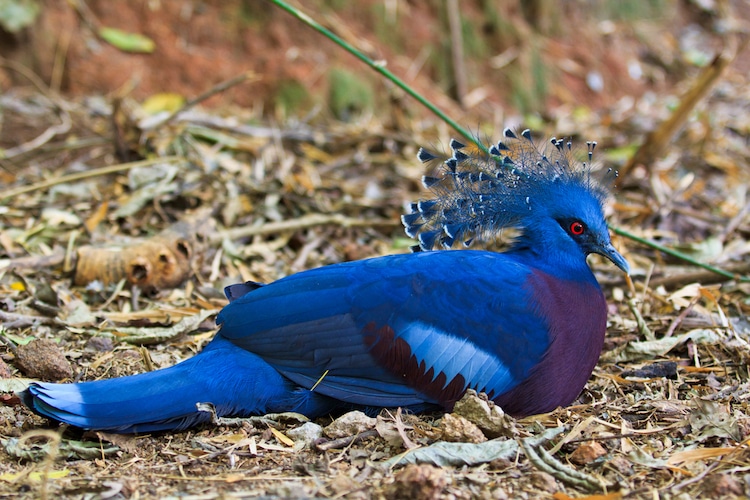 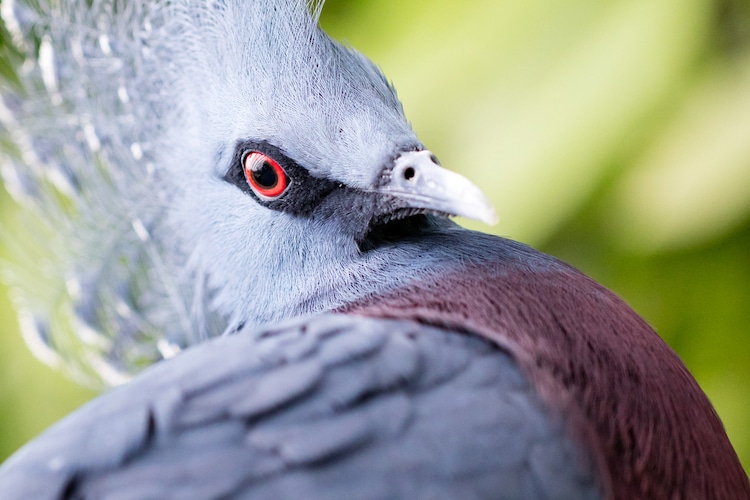 There are two other crowned pigeon species that look similar but have a less distinct crest. 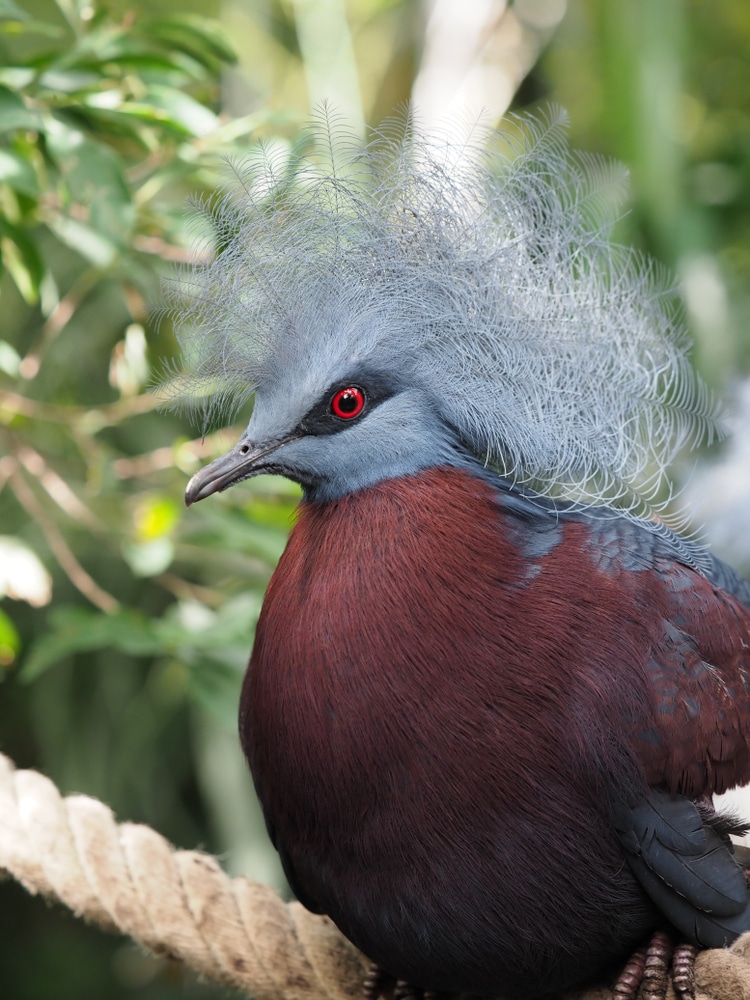 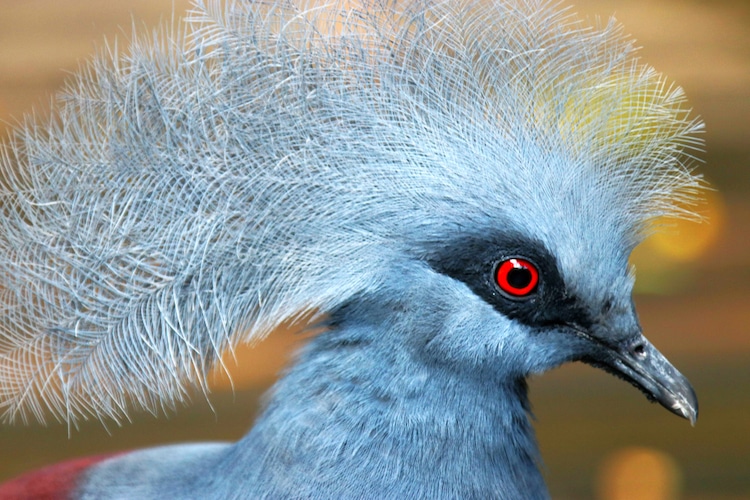 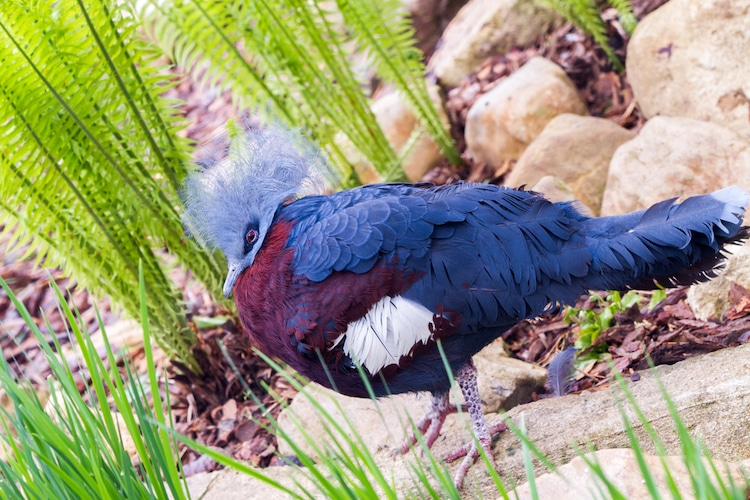 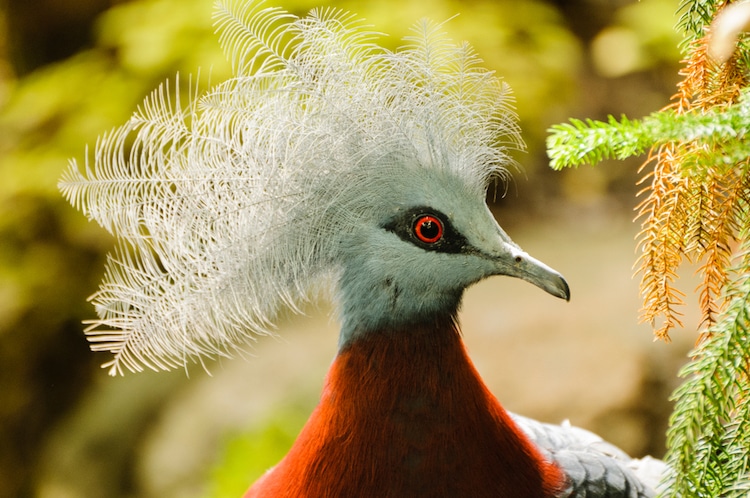 Magnificent Photos of Pigeons in Flight by David Stephenson