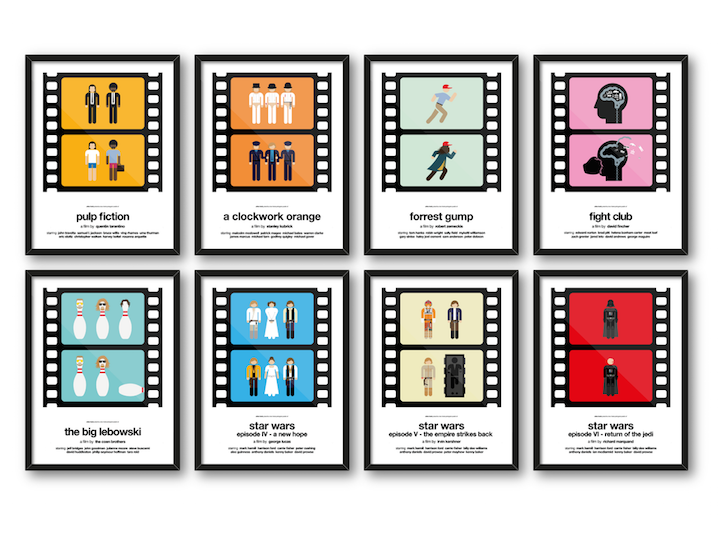 Sweden-based graphic designer Viktor Hertz (of pictogram movie posters and honest logos) has just released his latest project on Kickstarter. The two-frame pictogram movie poster series takes some of your favorite films, like Star Wars, Forrest Gump and Pulp Fiction, and turns them into clever before and after-style illustrations. “Think of it as an extremely short film, summarizing the story and visualizing the changes the characters go through,” he states. The project started off as a secret pictogram poster project where he invited the public to help him in the creative process. We caught up with Viktor to ask him more about this fun project including how much his backers helped him and what we can expect from him next.

If you enjoy this series, make sure to head on over to Kickstarter to support this project. It will only be funded if it reaches its goal by May 21. 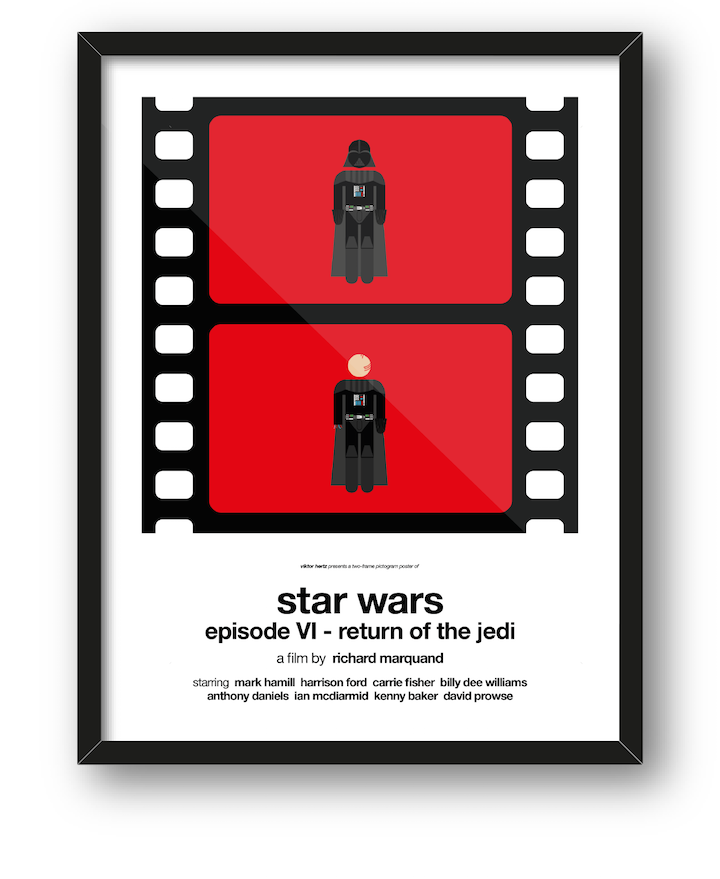 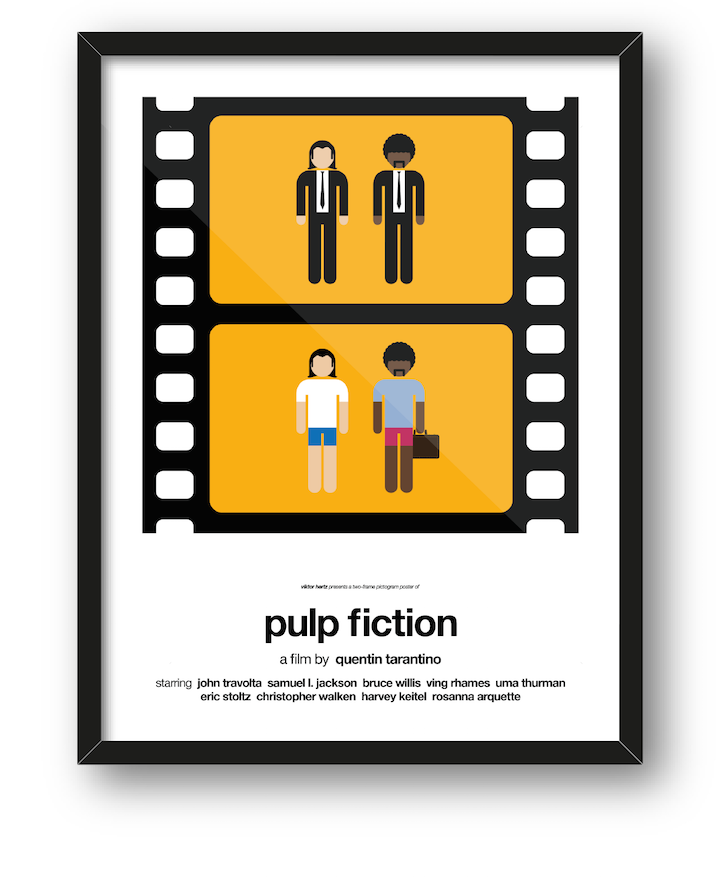 Why did you decide to start this off as a “secret” project?

When I first published ‘The secret pictogram poster project', I had (and still have) a truckload of started projects on my laptop, just waiting to be finished. I thought it would be a fun experiment, to involve Kickstarter backers right from the start, and let them get insight in my ideas, and choose which one of them I should go for next. I guess I wanted it to be a bit exclusive too, to actually be a part of the whole thing from the very start, instead of just buying some already finished products. I presented three different ideas, all involving pictograms in some way, and in the end, they wanted to see more of the ‘two-frame pictogram movie posters'. 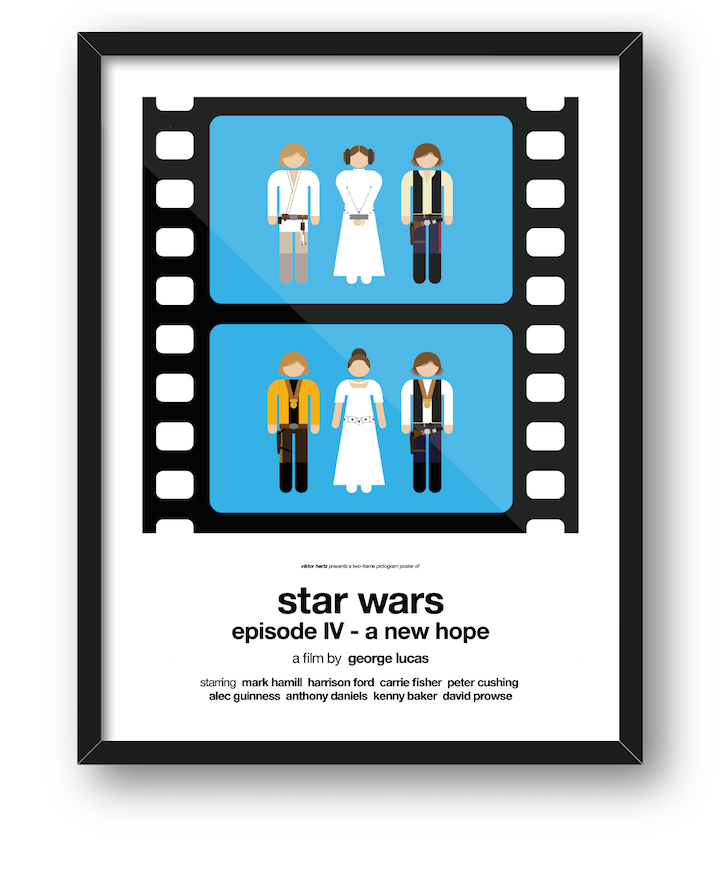 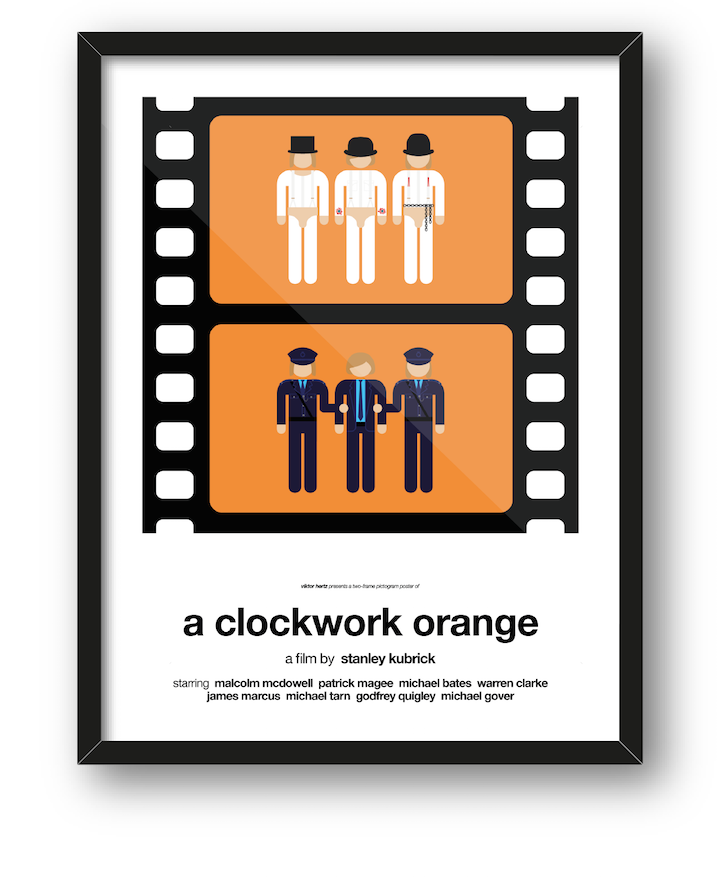 How much did your backers help you?

Apart from choosing the whole project from the start, they've been involved in choosing what movies I should pick, and also helping me out with some different layout options. I made a survey asking for which version of an example poster they liked best, and also which size of the actual print they would prefer. Now, I just feel a bit stupid for not doing this kind of thing earlier, all this research have been really helpful, and it will be interesting to see how this project will be received by the public. I'm pretty sure I will do a similar kind of thing in the future, and involve more research and communication with others in my projects. 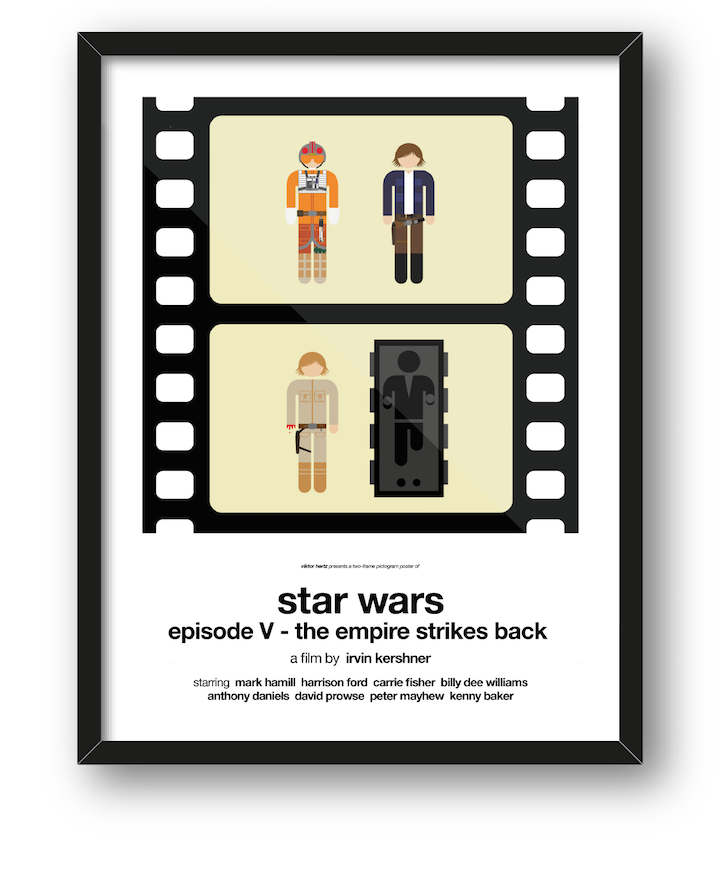 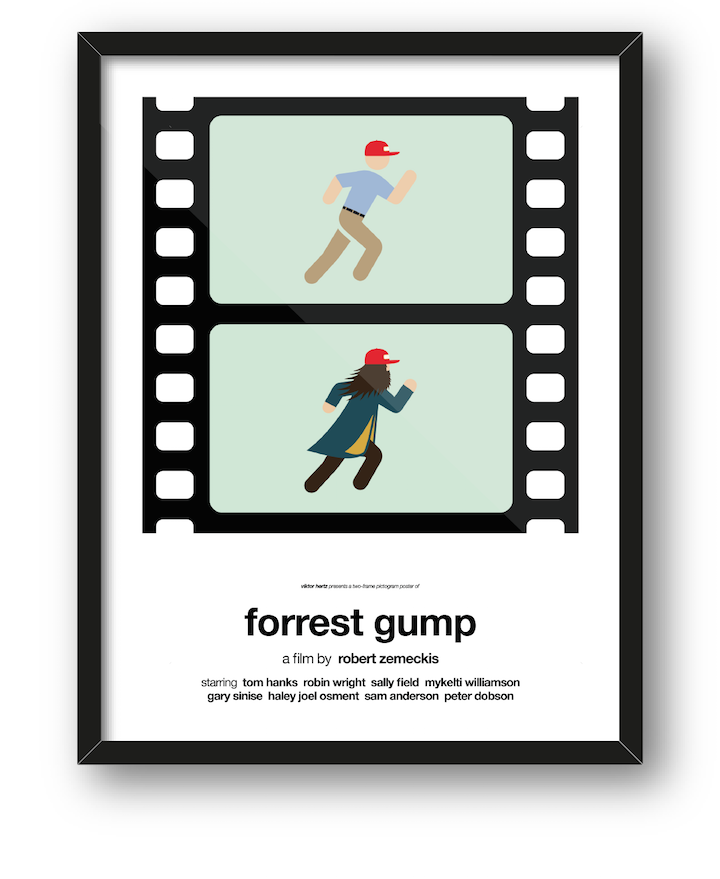 What other movies can we expect from you? Do you take suggestions?

I already have a couple of them 90% finished, but I will continue picking them off, from the top ones from the survey results I got, I think. I can't reveal them at this point, since they are supposed to be secret until I hit some of the stretch goals, potentially. But, I guess I'm still open for suggestions, though, so just let me know which ones you'd like to see next! 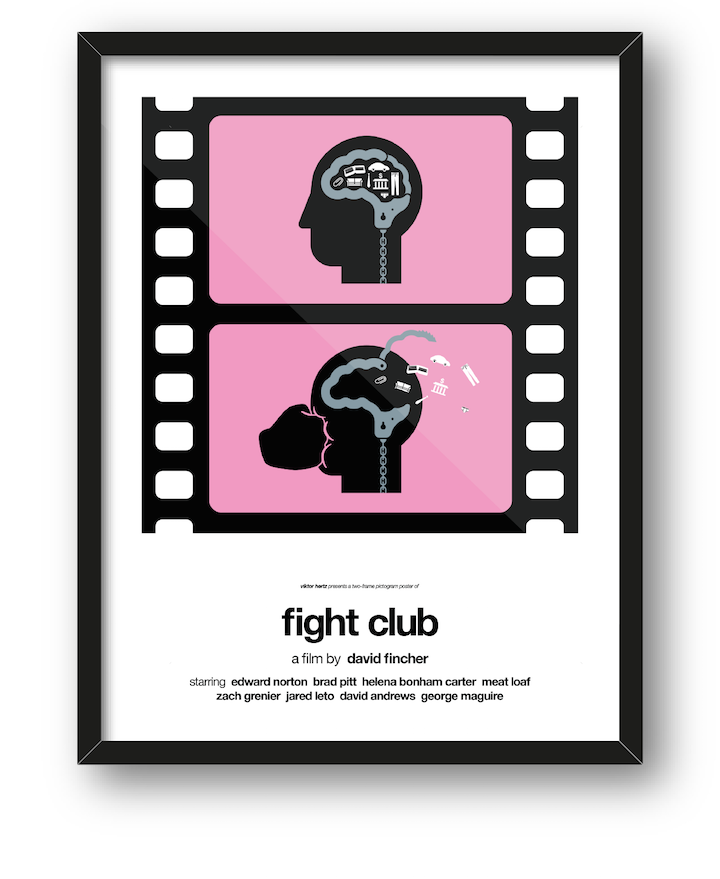 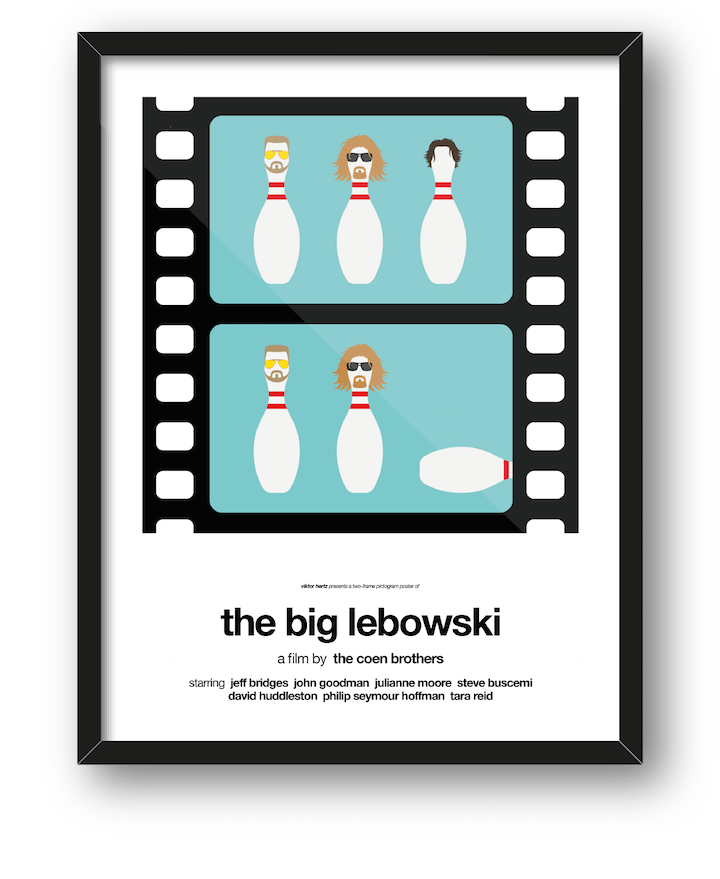 Which one was the most fun to make and why?

I think that would be the Walter bowling pin in ‘The Big Lebowski' poster. He made me laugh a few times, both when trying to find the right expression (he looked pretty weird for a while), and when looking at the final result. I think he suits pretty good as a bowling pin. But, I really enjoyed making all of the characters, as it was pretty much the first time I dug into the small details and colors like this, instead of just working with silhouettes and black and white. It's been very satisfying from the start, and I'm really happy with the result. Which is not very often, I should add, so I hope other people will enjoy them, too!