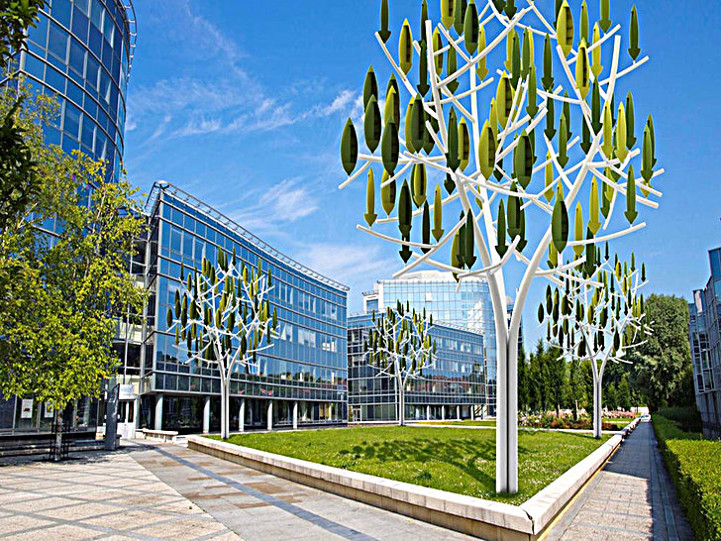 The Wind Tree, developed by the French New Wind group, is a prototype battery of small wind turbines in the form of a minimalist tree that seamlessly blends in with urban environments. Standing 26 feet tall, plastic pods resembling leaves, with miniature turbine blades inside, hang from the tree's steel branches and can swivel to catch the wind at any angle. Not only do these blades turn silently, but they can respond to wind speeds as low as 4.5 mph, allowing it to collect wind energy on twice the number of days as a standard wind turbine.

The idea for such low-lying turbines, as opposed to ones positioned over 150 feet in the air, is to harness the untapped potential of the air currents running through the channels between tall buildings. Each unit costs about $36,000, with the first unit to be officially unveiled this coming May. A single tree can generate enough electricity to cover its cost with a yearly average wind speed of 7.8 mph or higher. 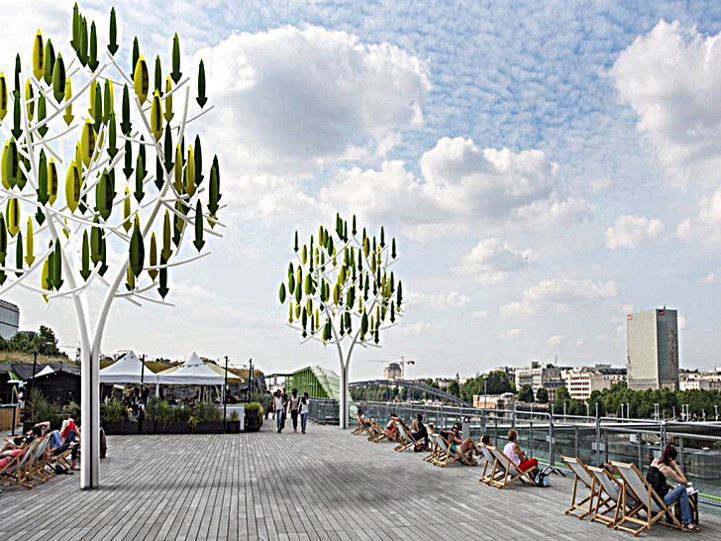 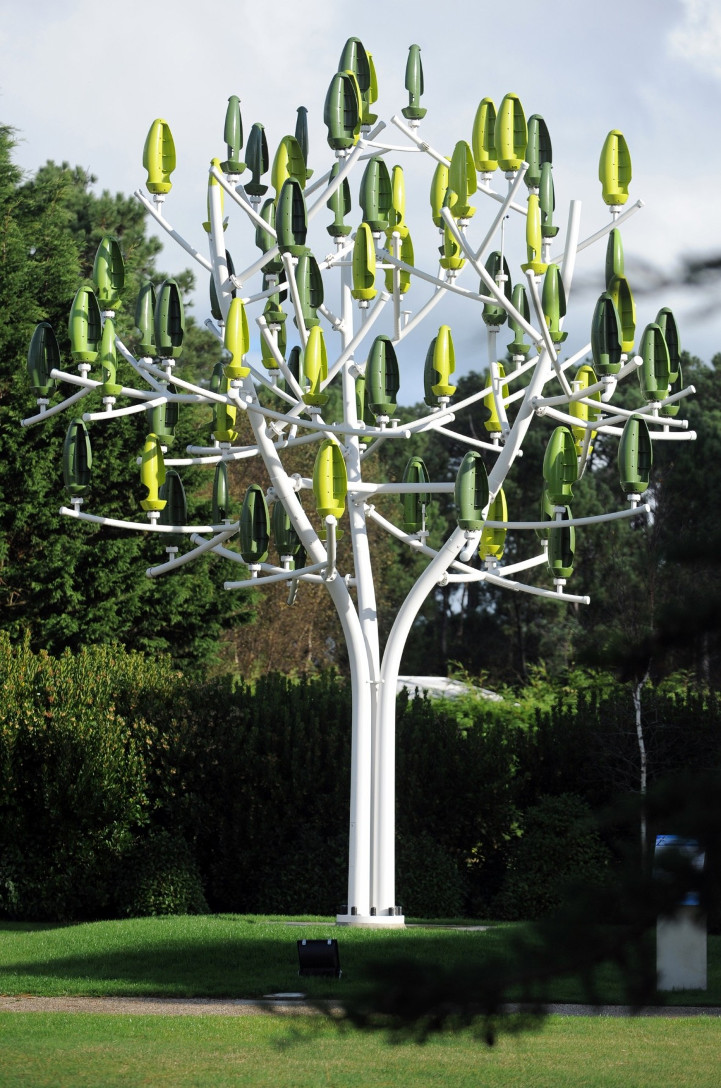 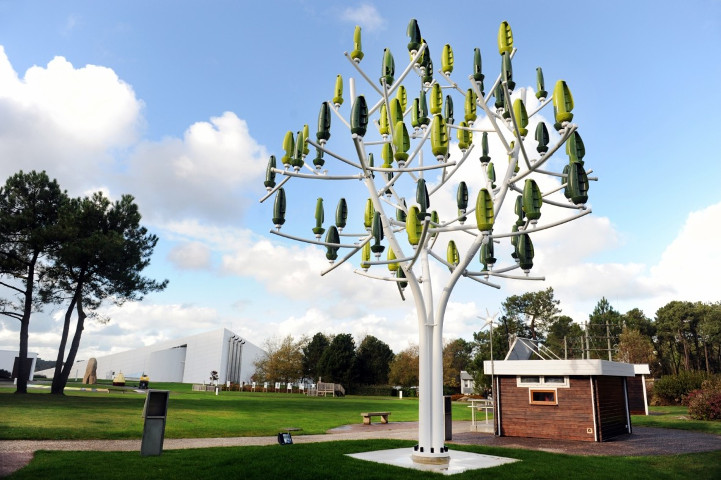 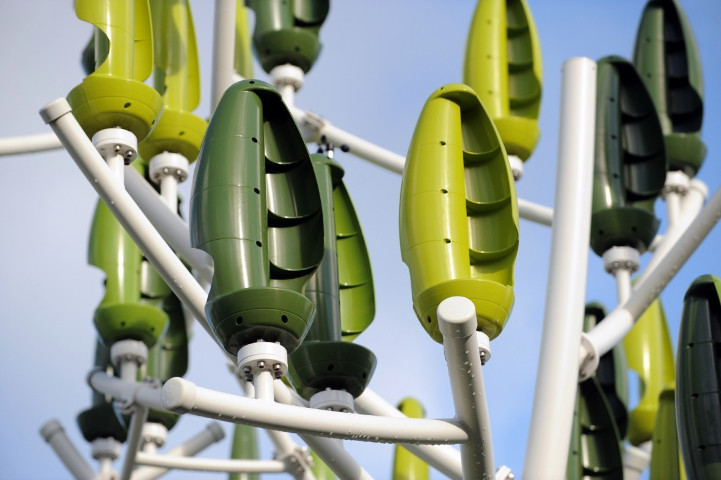