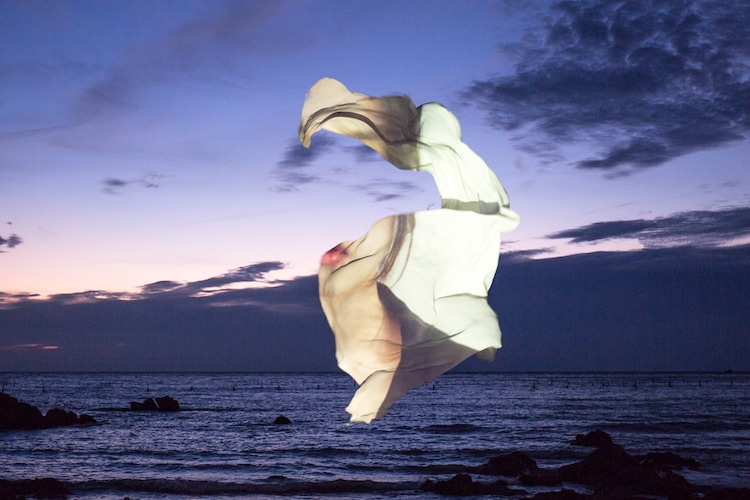 Graphic designer and photographer Wonjun Jeong creates engaging and experimental works of conceptual art. For his recent series, Conversations, the Seoul-based creative projects portraits on floating fabric in order to explore the existential idea of the Other.

Introduced by French philosopher Emmanuel Levinas, the concept of the Other inspired Jeong to address themes of identity and self-discovery in his work. According to the artist, the Other “appears to one as a visage” and enables the individual “to transcend the outer world from the enclosed inner self as the subject that perceives and embraces the visage.” Once one has embraced and, consequently, understands the Other, he or she is able to uncover his or her true self.

In order to break down the complexity of this concept, Jeong opted to visually represent it through a clever combination of projection art and photography. Using an airy textile as a “screen,” he projects portraits that appear to ethereally hover in midair. As the floating fabric twists and turns in the wind, it forms organic shapes. These irregularly shaped canvases culminate in a collection of portraits that appear distorted, incomplete, or even unrecognizable.

To Jeong, this aesthetic phenomenon perfectly illustrates the fleeting nature and inherently abstract qualities of the Other. “In the photographs, the space becomes the world where one encounter the Other, and the cloth tossed into the air becomes the medium that draws out one's relationship with Other,” he explains on Behance. “Other, as an unsubstantial light flashed into space, actualises when the visage materialises onto the aimlessly tossed cloth, and one’s act of capturing the moment signifies one's conversation with the Other. One finds one’s essence through Other, not just an illusion of light, but as a real existent materialised on a white cloth.” 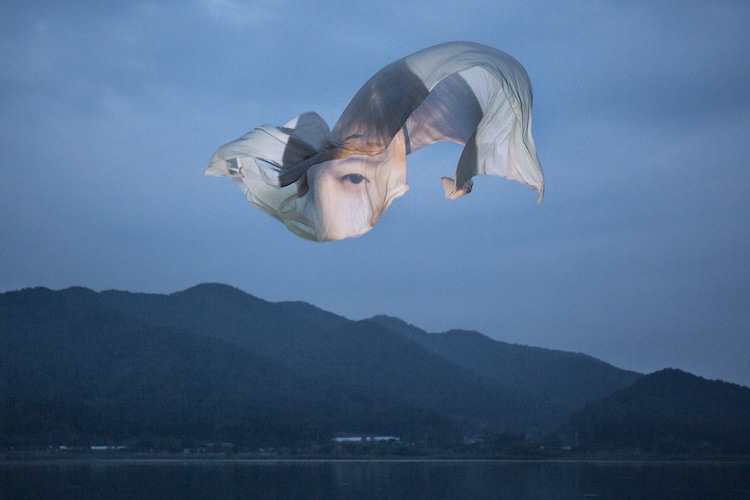 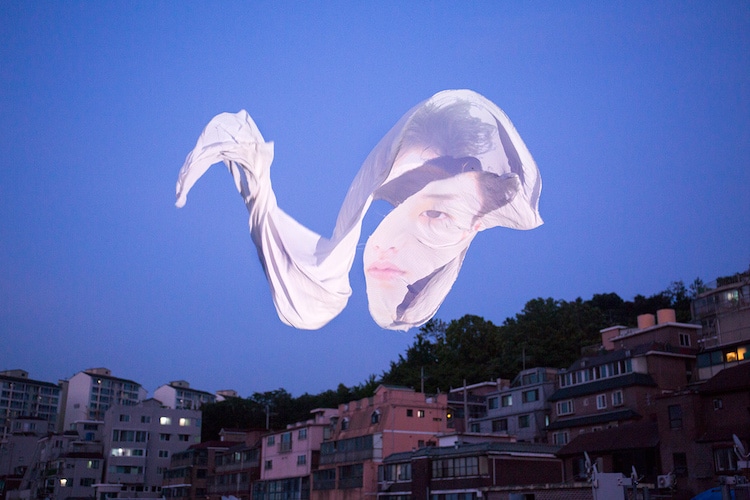 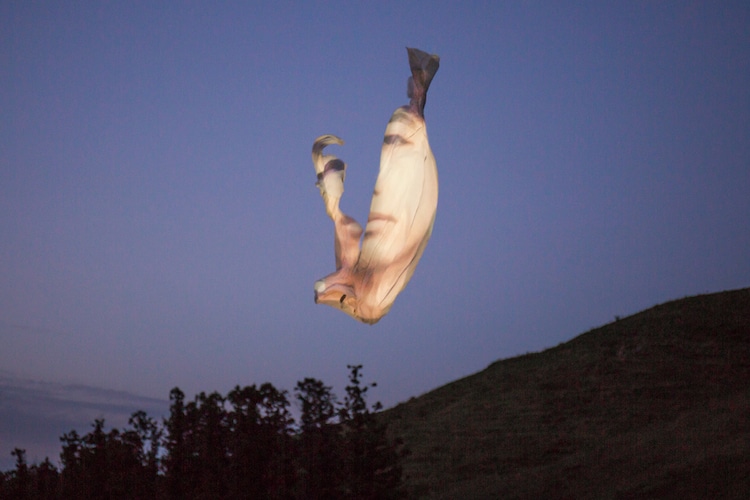 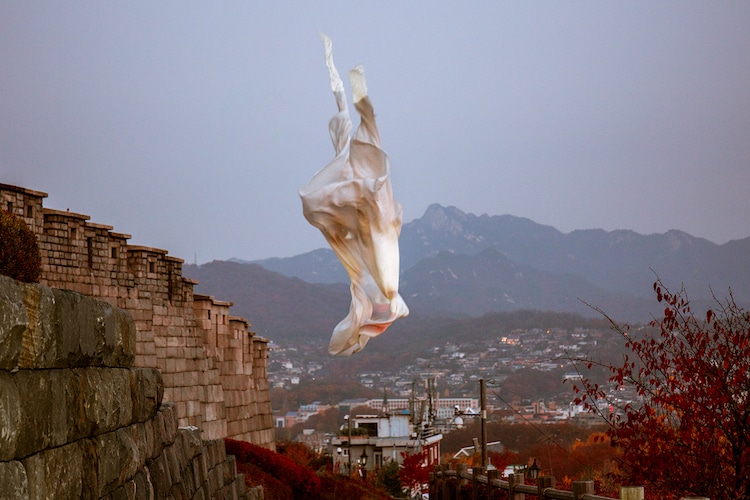 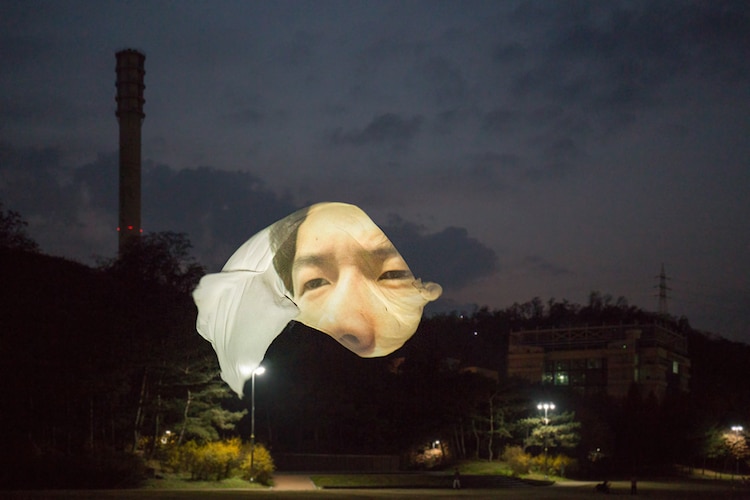 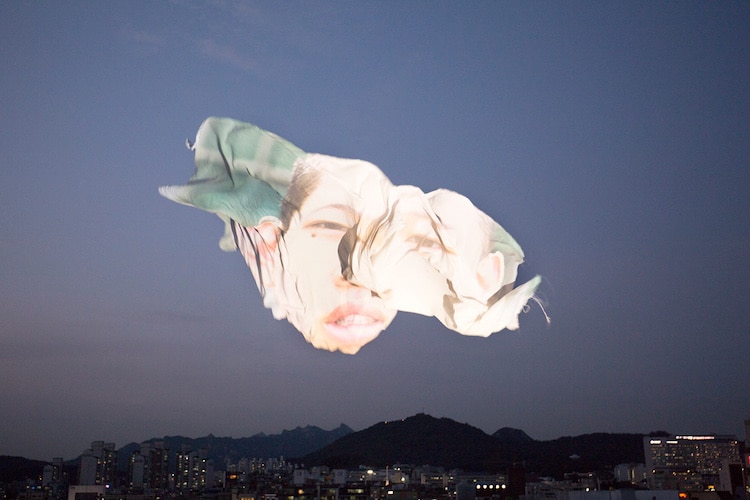 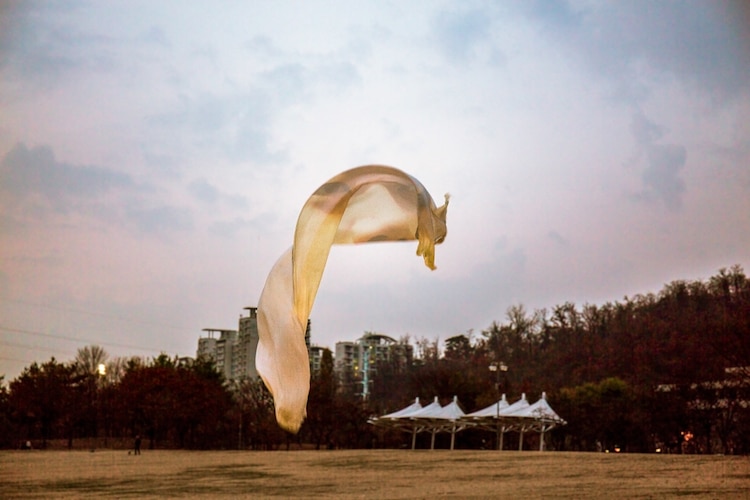 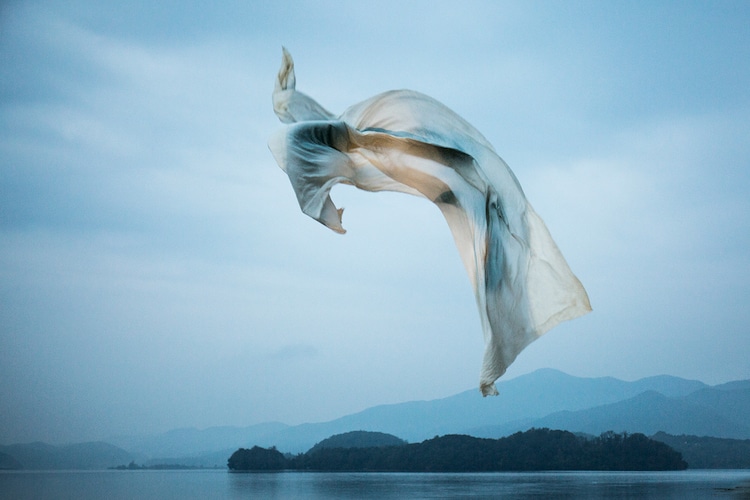 All images via Wonjun Jeong.

Surreal Portraits of the Human Form Hiding Behind Reflections of Nature