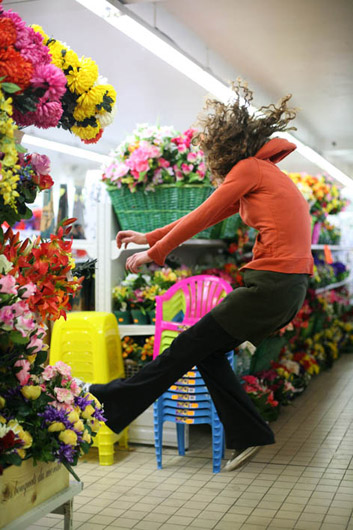 Denis Darzacq asks dancers and athletes to perform jumps against backgrounds that he had found and prepared. Wearing ordinary clothes, the performers executed their leaps in these precisely defined settings. “Everything had been prepared in advance. Everything was ready. The models launched themselves into space. There is nothing false in these scenes. These moments really occurred. There is no fiction, no retouching or special effects. Photographed in the courtyards of buildings or in streets in the 19th arrondissement of Paris, in Nanterre and in Biarritz, these young people were just being themselves, simply performing jumps in a modern urban setting. And the photographer shot the images, intervening only to give a few guidelines as to their movements. However, at the moment of the leap, chance and gravity also intervened.” – Virginie Chardin 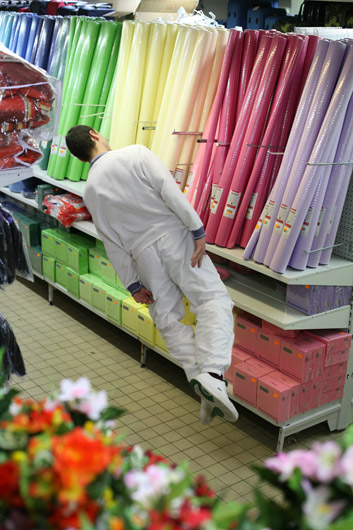 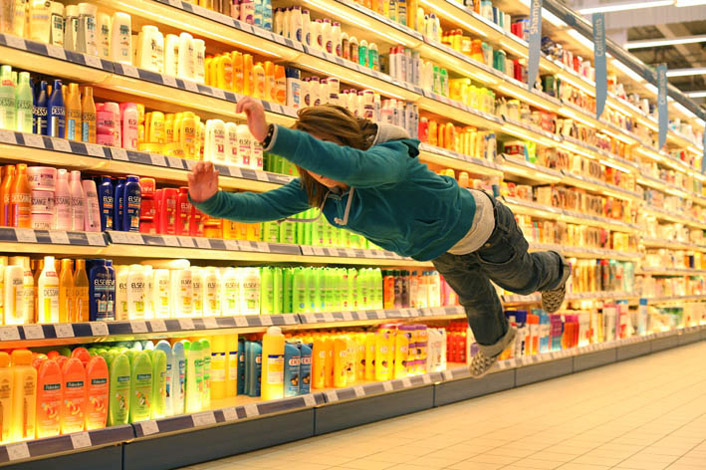 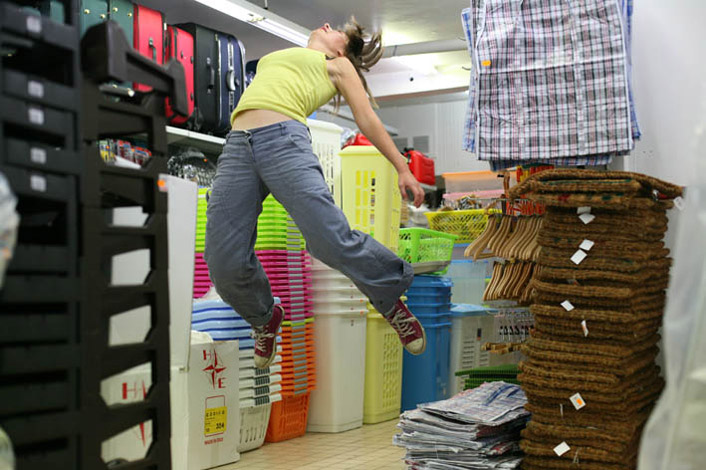 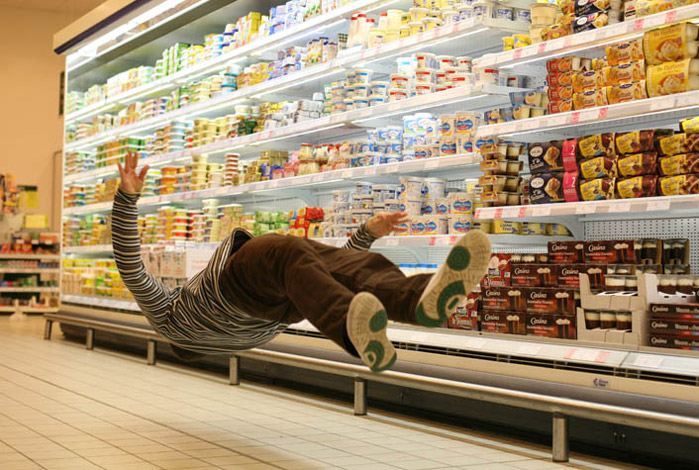 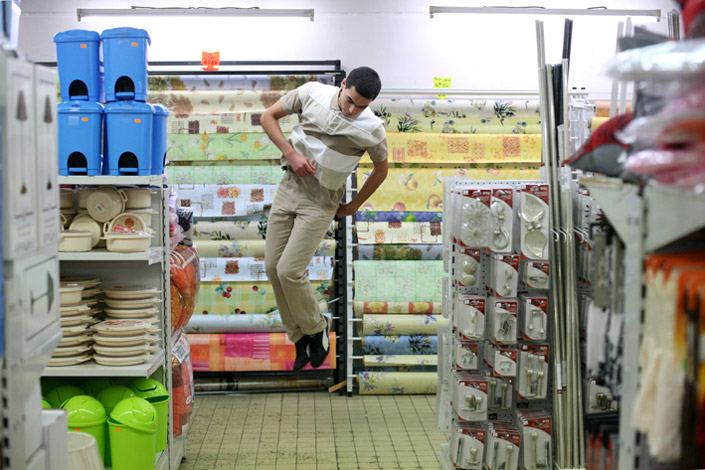 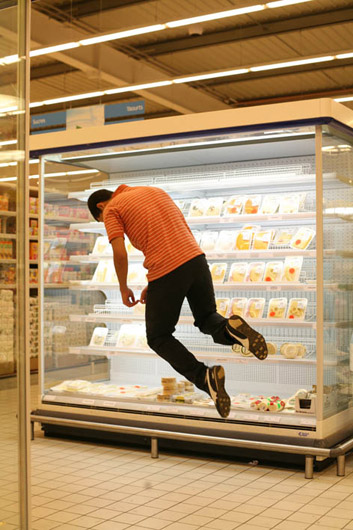 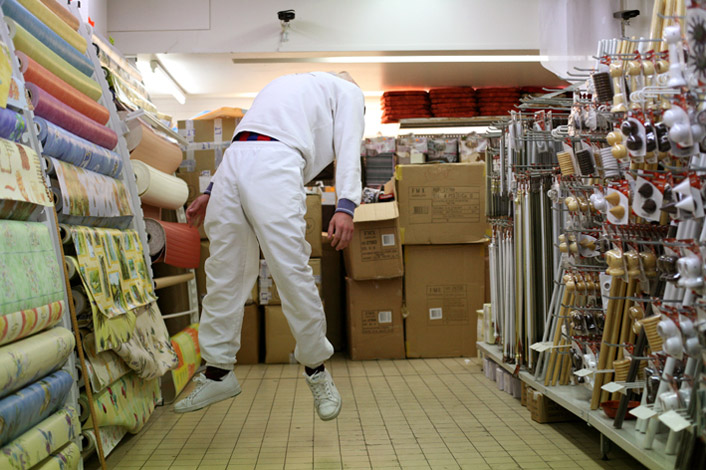 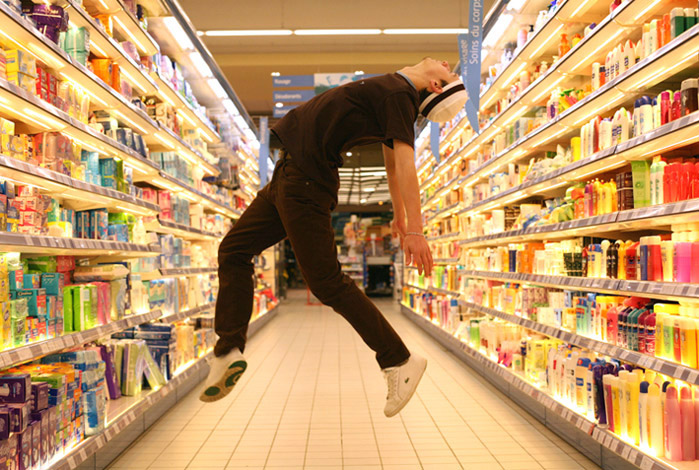 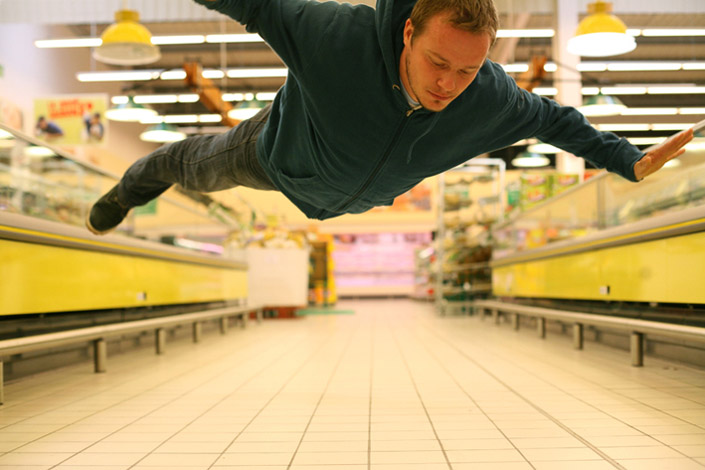 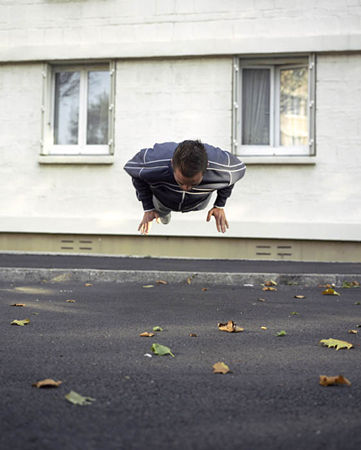 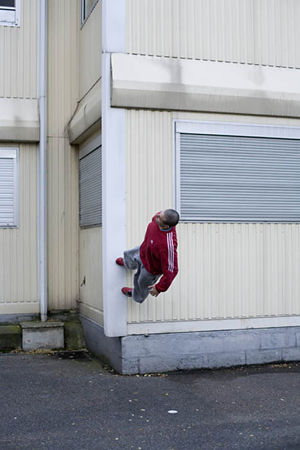