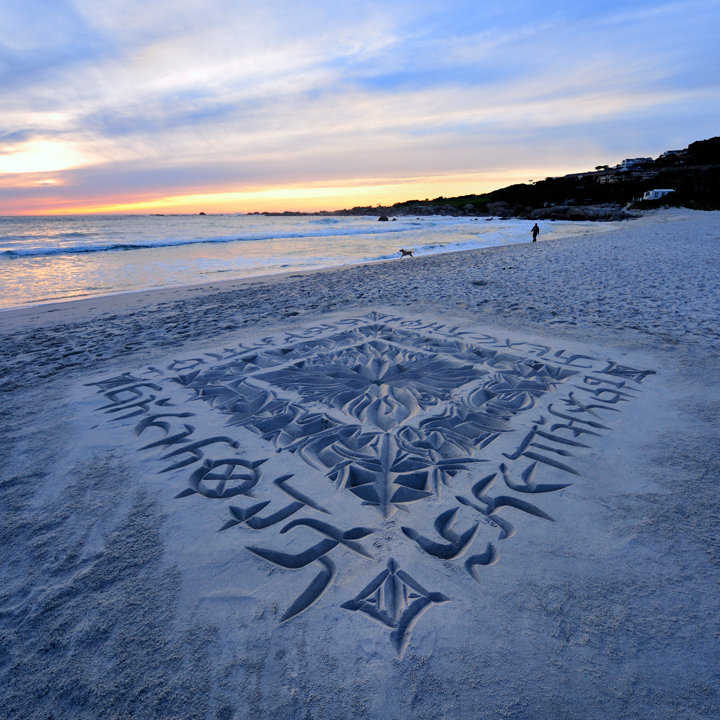 While we've seen incredible sand drawings before, like those by England-based artist Tony Plant, and while we'll always be a fan of calligraphy, especially when it's mixed with graffiti, we've never thought of putting the two art forms together…until now. Today, we stumbled upon the work of Andrew van der Merwe, a professional calligrapher, based in Cape Town, South Africa, who also goes by the title, “world's first beach calligrapher.”

Beach calligraphy is an original art form that consists of carving letters into the sand using special instruments and techniques. Van der Merwe has developed his particular style over the last eight years.

As he states, “The work is usually very temporal, often lasting no more than an hour before it is taken by the wind or the tide. I carve the letters in the sand using various instruments and then photograph them with my Nikon D700. I leave no footprints and the tide leaves me with a clean slate.

“Most of the forms used here draw their inspiration from African writing systems, but in some instances, I have moved on from there and found myself playing with variations of a particular movement – pretty much like a musician might play with variations on a theme.

“I have 20 years experience as a calligrapher but the most difficult aspect of the work remains the calligraphy. Any calligrapher worth his or her salt will understand this. Even wordless writing must have a logic, a system of movement, a poetry.” 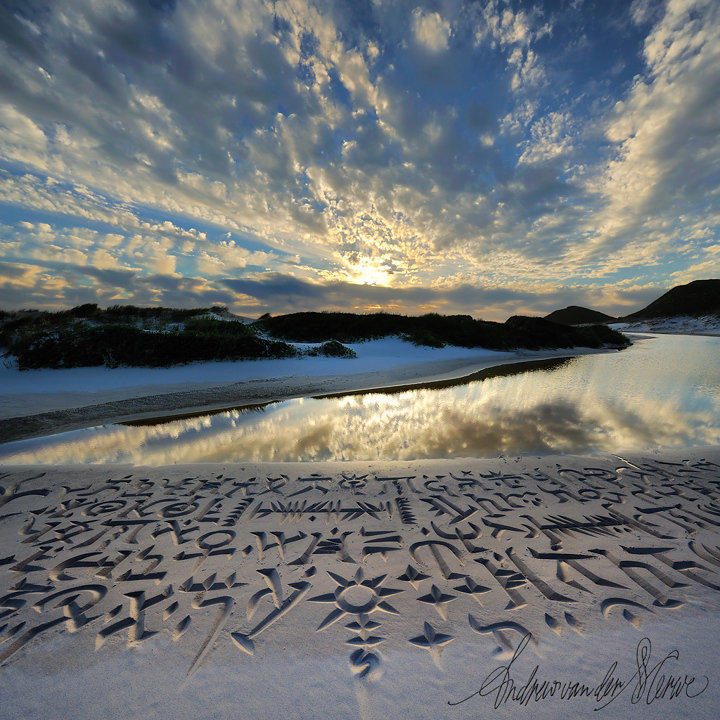 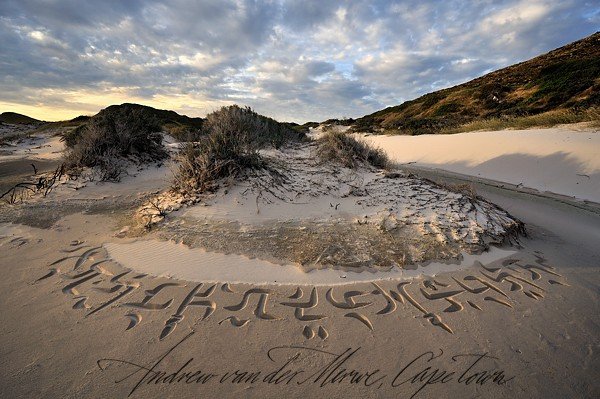 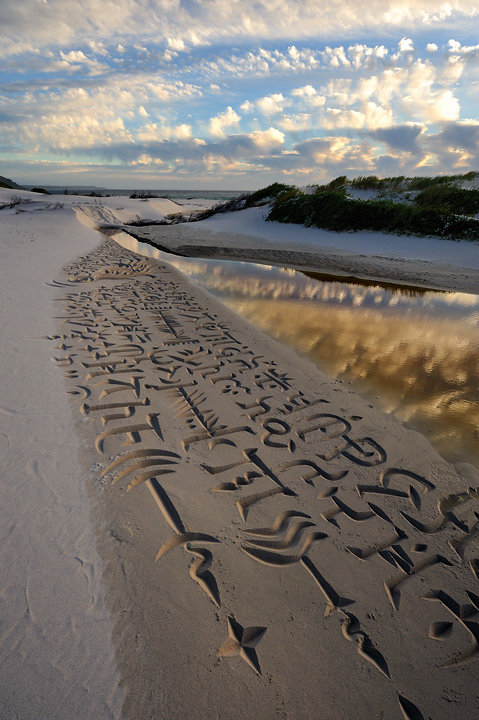 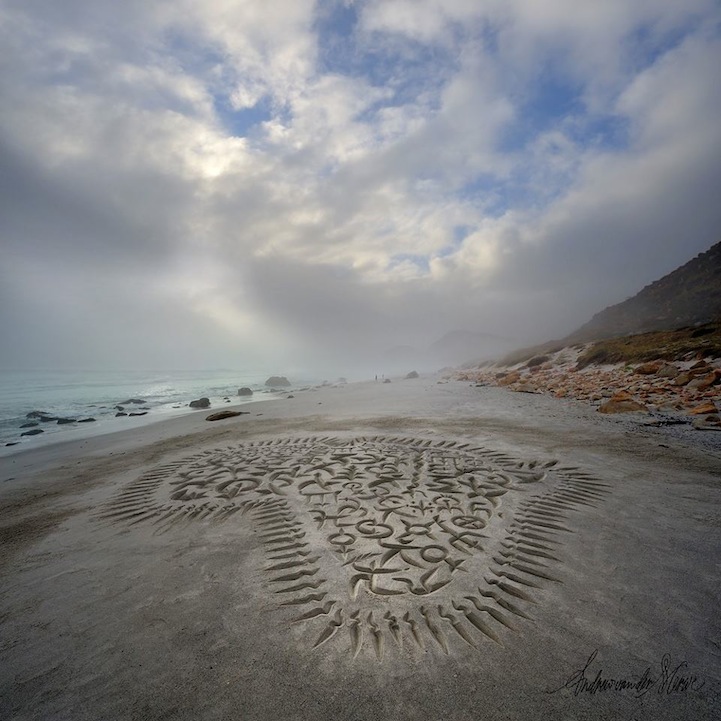 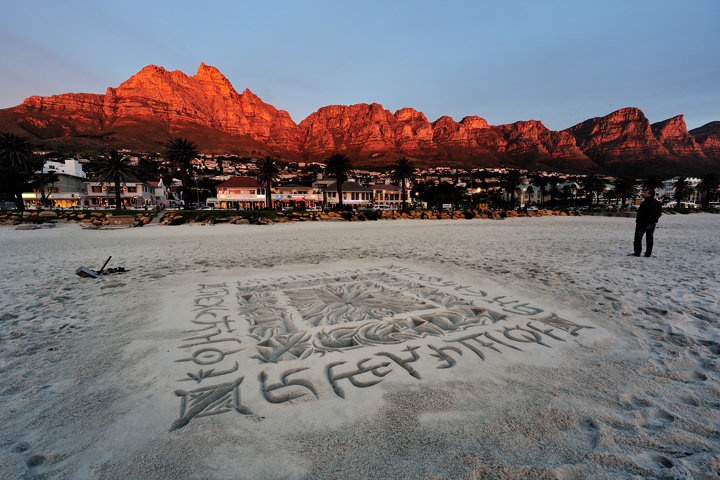 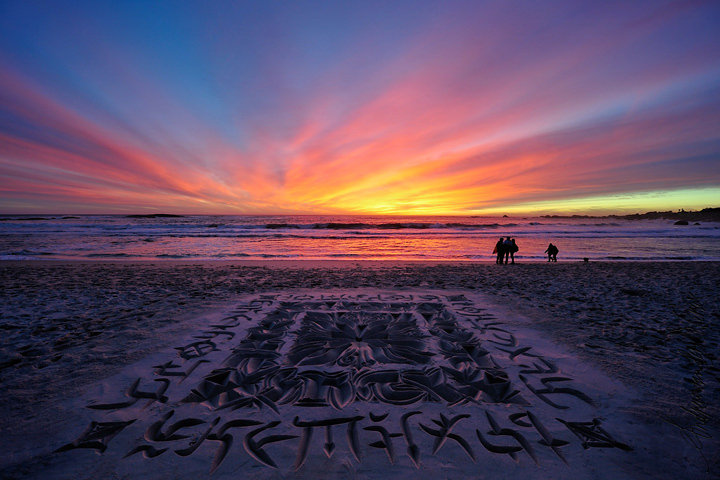