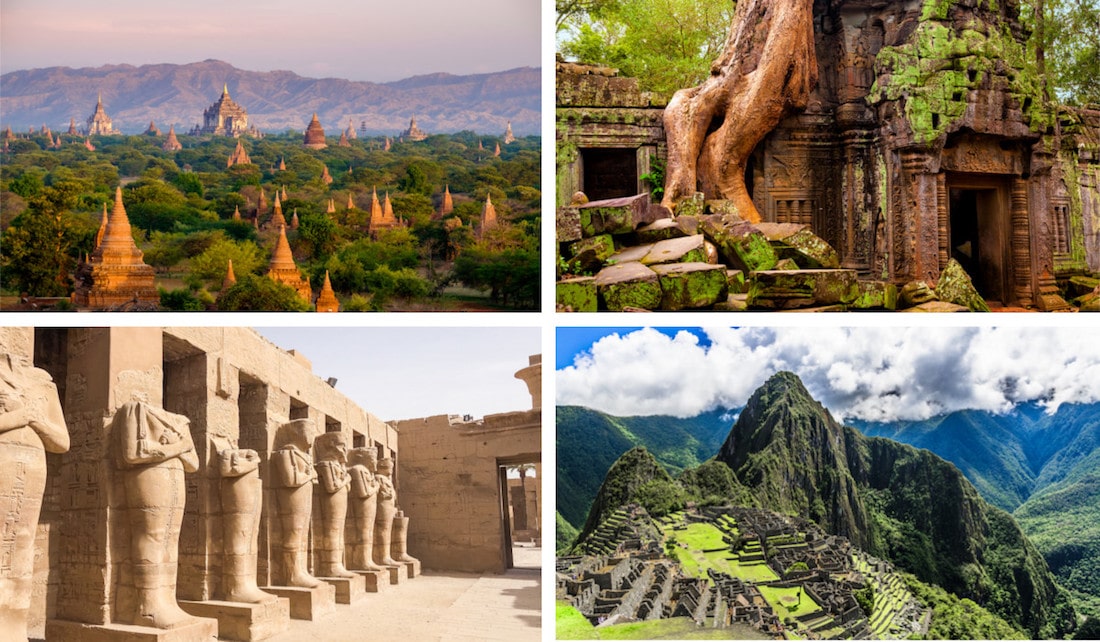 Today, there are plenty of ways we can get a glimpse into the past. Looking at old photos and gazing at artifacts in museums can help us learn about history, but the best way to feel like you're really time traveling is by setting foot on age-old sites.

Jet-setting across the globe to sightsee is not entirely feasible for most people, but luckily we live in an age when you're only a few clicks away from seeing the other side of the world. So if you're ready to take a trip around the world, we've put together a list of 8 awe-inspiring ancient ruins that you can excavate and explore from the comfort of your home. 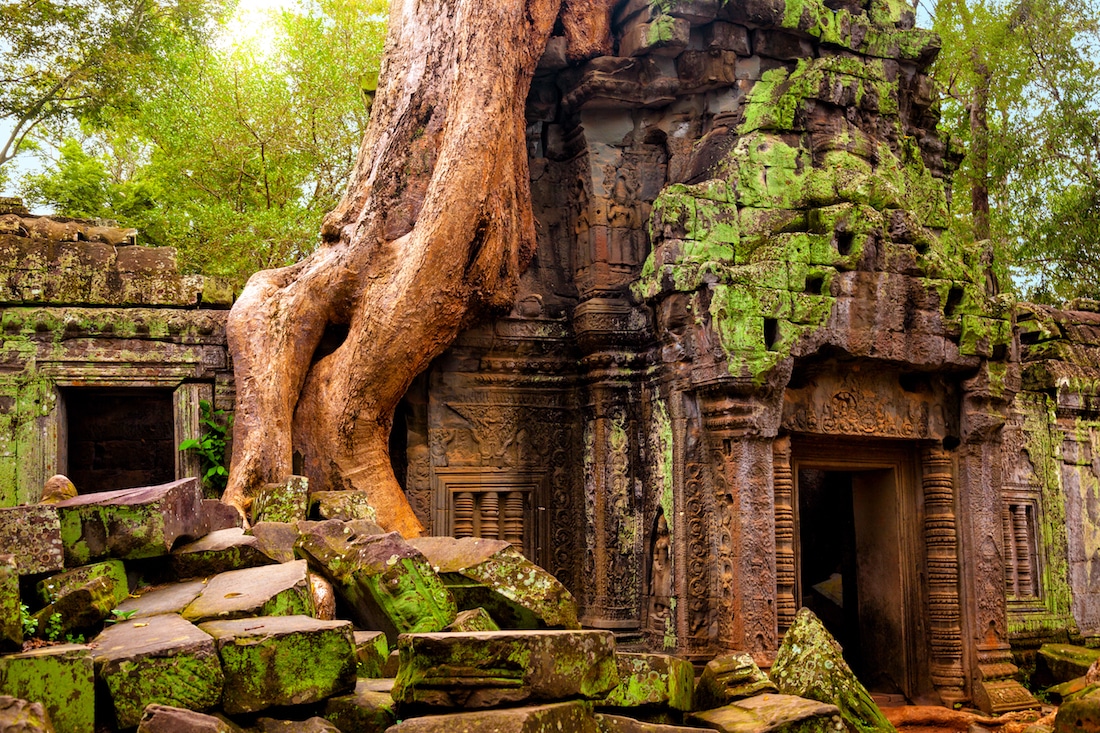 Ta Prohm is a temple located in Angkor, Cambodia. Intended to serve as both a Buddhist monastery and a center of learning, the structure was built in the late 12th century by Jayavarman VII, a king of the Khmer Empire.

Nestled deep in the jungle and largely abandoned by the 15th century, Ta Prohm is renowned for the beautifully overgrown state of its crumbling complex. As its stones were set without mortar, the roots and branches of nearby silk-cotton, strangler fig, and gold apple trees have twisted through and toppled them, culminating in a scene straight out of any archaeologist's wildest dreams. 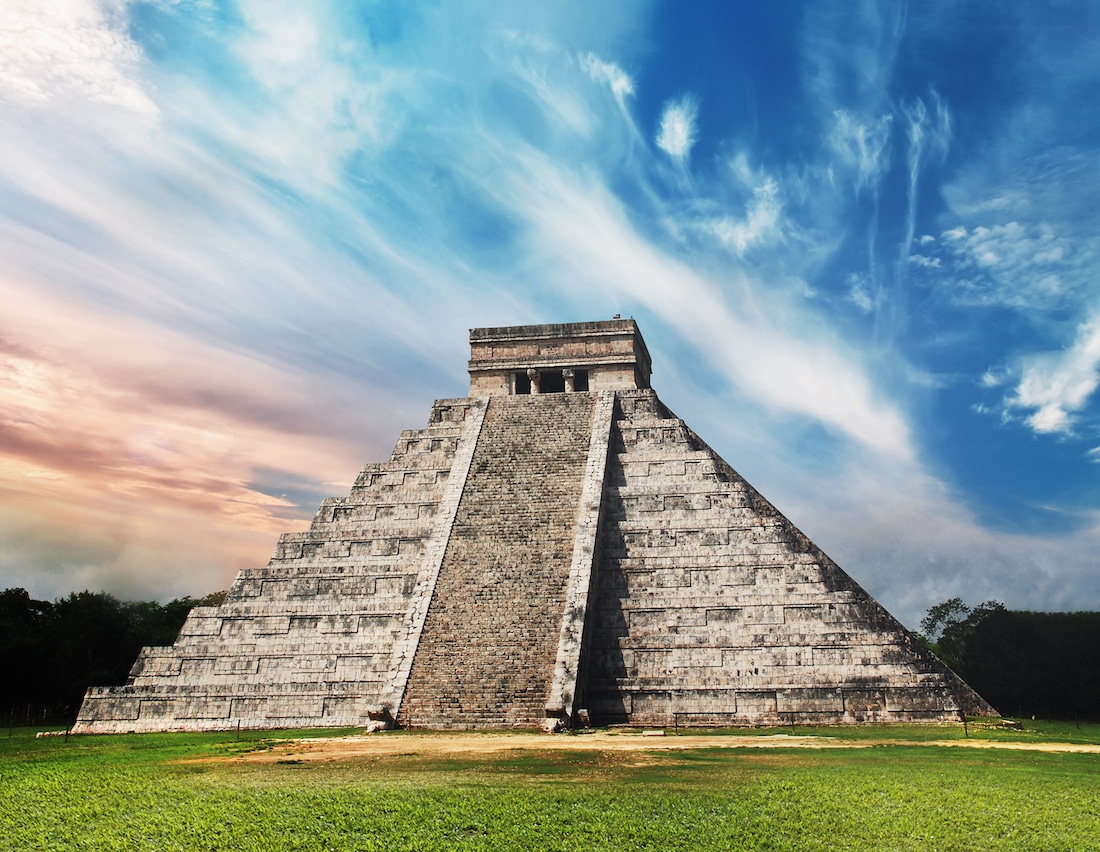 El Castillo, a mesmerizing Mesoamerican step-pyramid, is at the heart of Chichen Itza. Chichen Itza is a pre-Columbian city constructed by the Maya people in Yucatán, Mexico, between the 9th and 12th centuries.

With a towering height of 98 feet and a name that translates to “the castle,” it's no wonder that El Castillo is considered one of the New Seven Wonders of the World. What makes the monument even more enchanting, however, is revealed only twice a year: at about 3 pm on the spring and autumn equinoxes, the sunlight hits the pyramid's main stairway in such a way that the shadows form a snake-like form. This slithering shadow “creeps downwards until it joins the huge serpent's head carved in stone at the bottom of the stairway” (Chichen Itza). 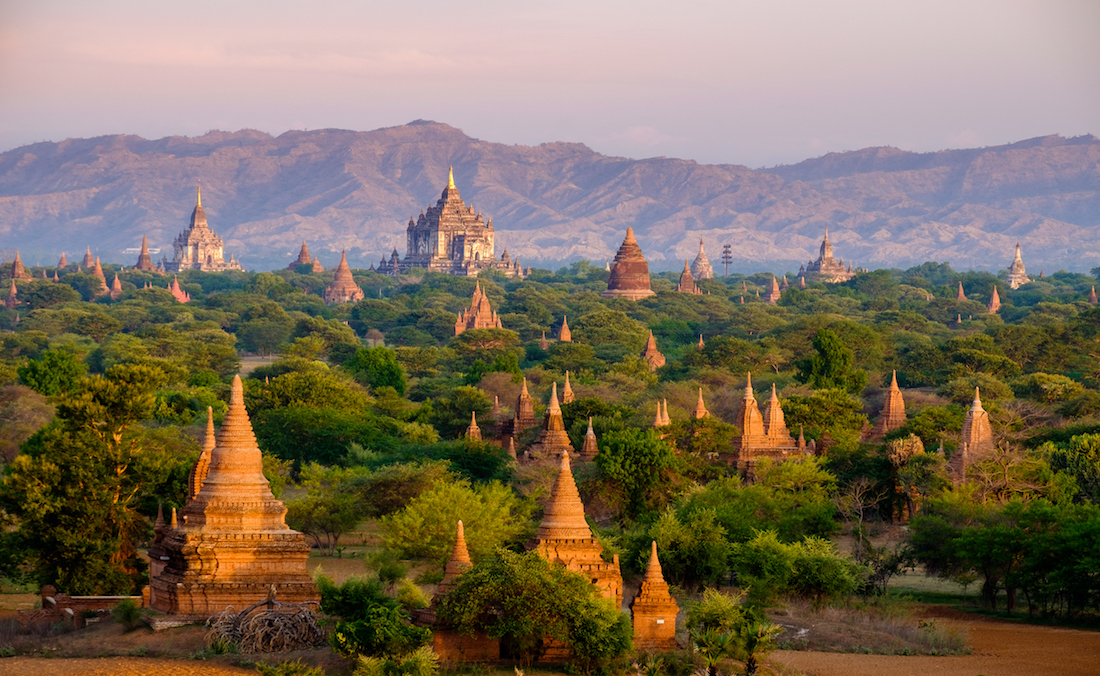 Bagan is an ancient city in the Mandalay Region of Myanmar. At its height, Bagan was home to over 10,000 Buddhist temples, shrines, and pagodas. While this number has declined over the last millennium, roughly 2,000 of these glistening gold structures still remain today, making Bagan one of the continent's must-see marvels.

“The thousands of temples that are spread across the plains of Bagan are the most impressive testament to the religious devotion of Myanmar’s people–and rulers–over the centuries,” Go-Myanmar explains. “They combine to form one of the richest archaeological sites in Asia and provide views quite unlike anywhere else on earth.” 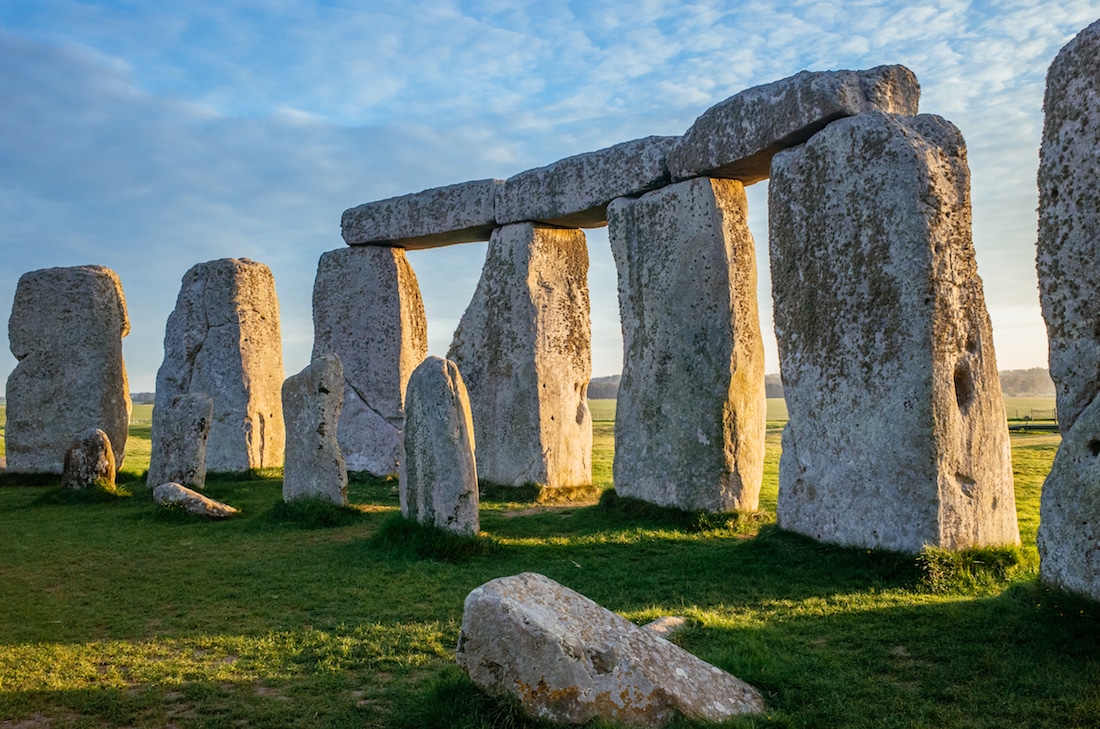 Constructed from 3000 through 1500 BCE, Stonehenge is one of the world's most famous pre-historic monuments. Located in Wiltshire, England, the unique structure is made up of two types of stone—the bigger being sarsen and the smaller being a bluestone—and arranged concentrically.

Today, Stonehenge remains shrouded in mystery. While no one is certain why the monument was built, several theories exist, with ideas that it served as a solar calendar, a center of Pagan worship, or an ancient burial ground among the most popular. 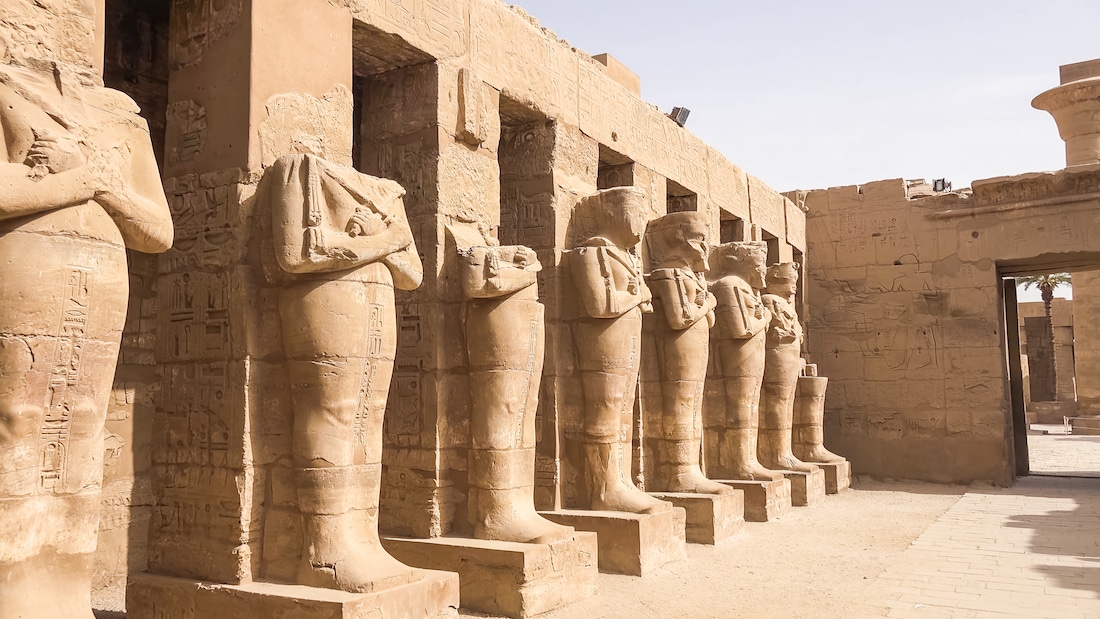 Often referred to as “the world's greatest open-air museum,” Luxor, Egypt, has no shortage of ancient ruins to explore. After all, this city is home to Luxor Temple, a famous complex constructed way back in 1400 BCE.

Formally the site of the Thebes, the “City of a Hundred Gates,” Luxor is steeped in Egyptian history. “It was from here that Thutmose III planned his campaigns, Akhenaten first contemplated the nature of god, and Rameses II set out his ambitious building program” (Discovering Egypt). Luxor Temple epitomizes the city's pharaoh-ly focus, as it was the only temple in Thebes dedicated not to gods, but to the kingship. 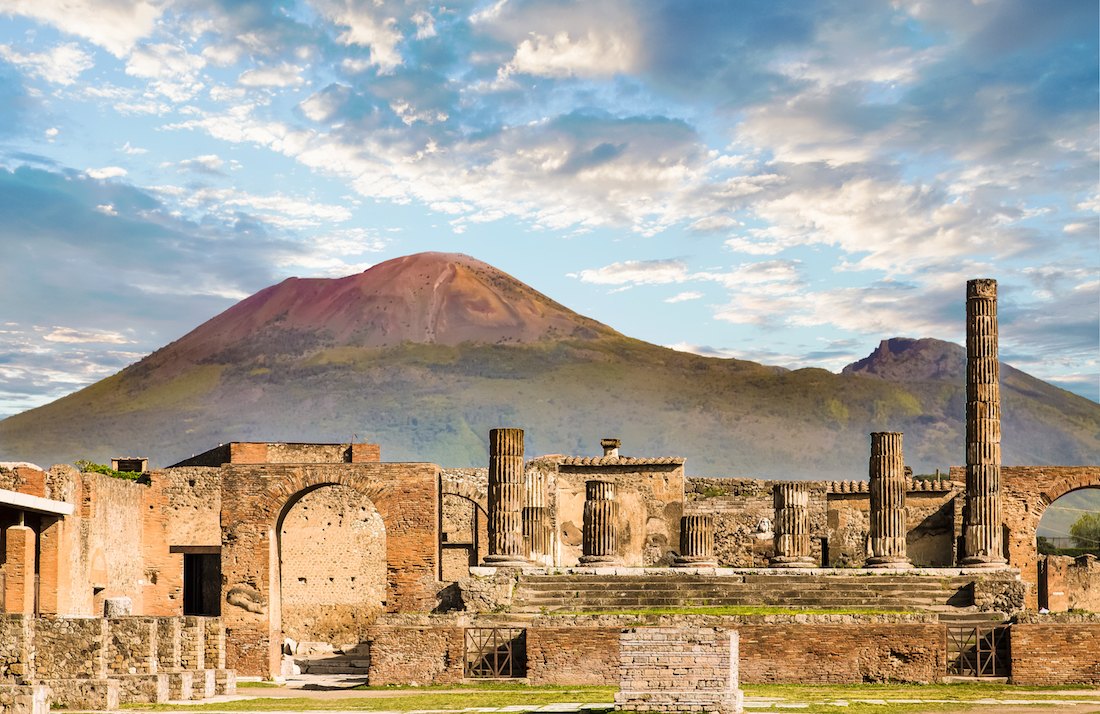 The ancient city of Pompeii is one of Italy's most interesting destinations. Once a vibrant Roman center, Pompeii was destroyed by a devastating eruption from the nearby Mount Vesuvius in 79 CE.

While the cloud of smoke from this cataclysmic event buried everything in its path—including, unfortunately, 2,000 people— it also ironically preserved the city. Hidden by a blanket of ash and lapilli (fragments of pumice stone), Pompeii remained forgotten for centuries. In 1748, however, it was properly excavated, revealing a wealth of intact art, artifacts, and buildings—all of which can still be seen today. 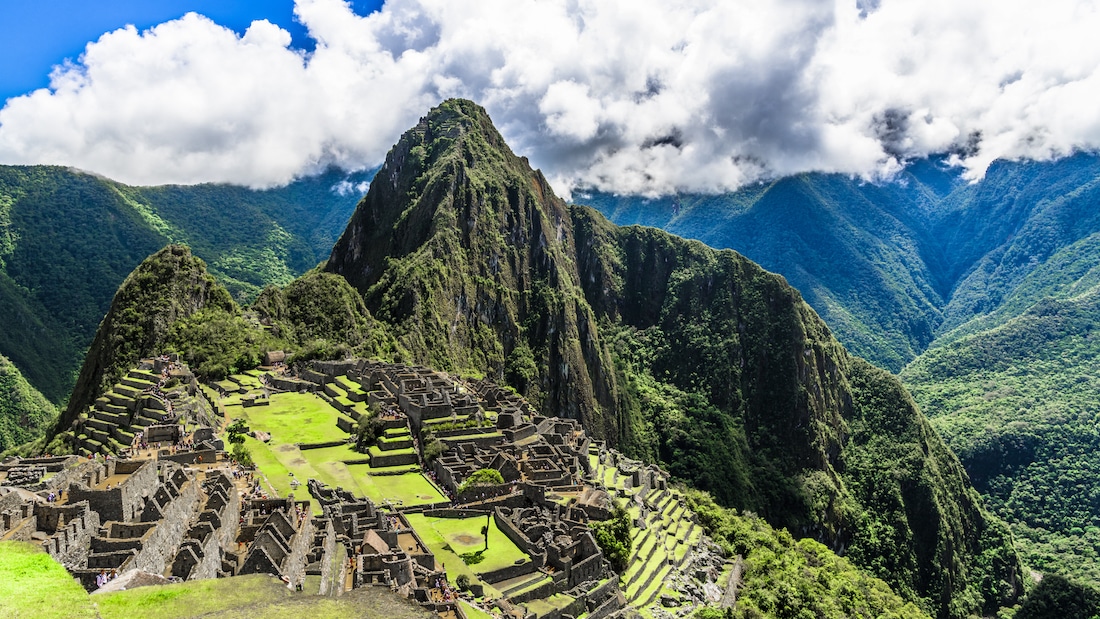 Located high in the clouds above Peru's Sacred Valley, Machu Picchu is one of South America's most spectacular sites. This Inca citadel was built in the 15th century and was likely intended as an estate for an emperor.

Machu Picchu comprises three main focal points: Intihuatana, a ritual stone related to the Inca's astronomical clock; the Temple of the Sun, a sacred site for worship; and the Room of the Three Windows, which offers stunning views of the sunrise. As these structures—as well as much of Machu Picchu—have been meticulously restored, visitors are able to get a glimpse of what it would have looked like hundreds of years ago. 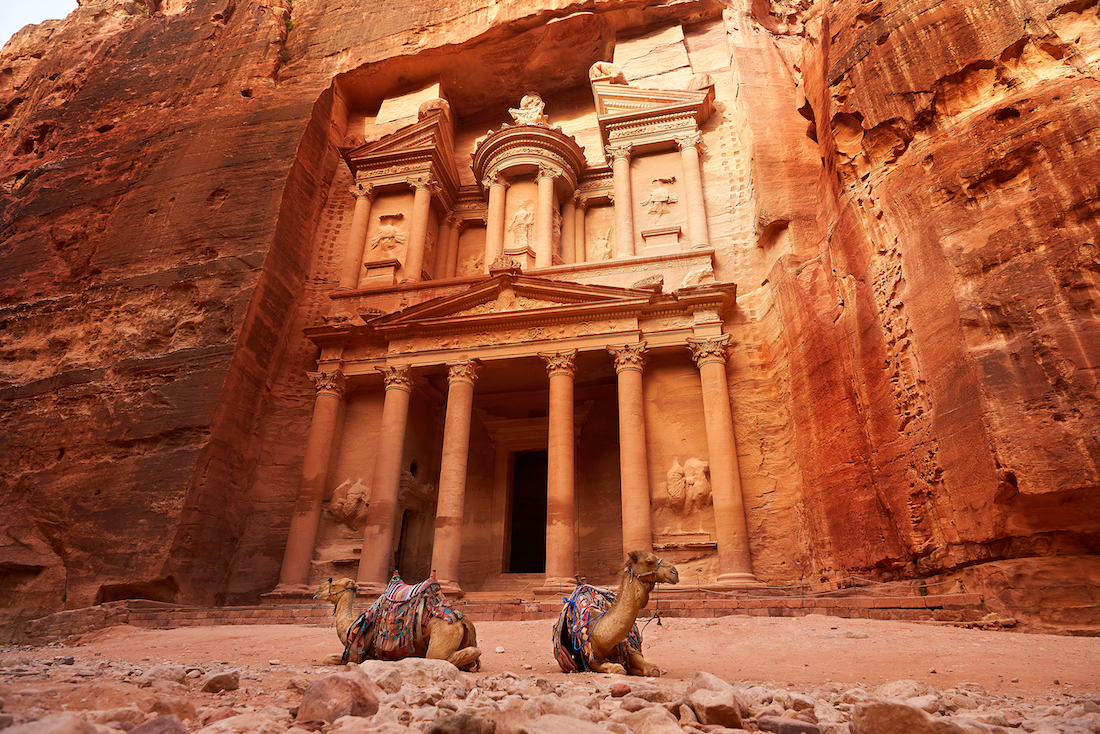 Petra, a city built in the 4th century BCE, is unlike any other site on earth. Carved into the region's red sandstone cliffs, Petra's jaw-dropping structures beautifully blur the line between the natural and constructed world.

Because of the pink hue of its rock-cut architecture, Petra is often referred to as Rose City—a romantic nickname rooted in a 19th-century poem by John William Burgon: “The hues of youth upon a brow of woe, which Man deemed old two thousand years ago, match me such marvel save in Eastern clime, a rose-red city half as old as time.”

Like traveling? Share
Like My Modern Met on Facebook
Get Our Weekly Newsletter
Become a
My Modern Met Member
As a member, you'll join us in our effort to support the arts.
Become a Member
Explore member benefits