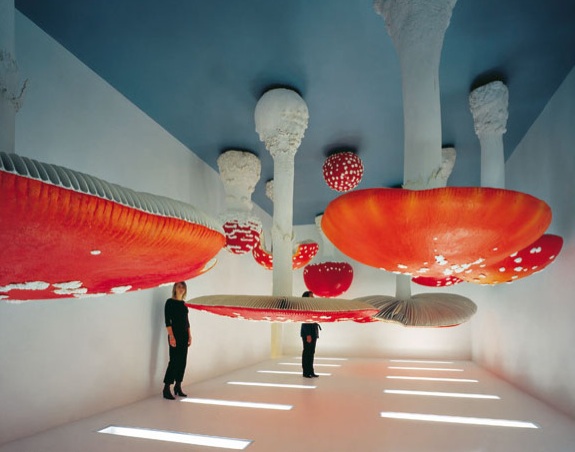 Originally trained as a scientist with a doctorate in biology, Belgium-born Carsten Holler is inspired by research experiments and the world around him. His works reflect social spaces like amusement parks, the zoo or a playground but he puts an expected twist onto each of them. One of the subjects he's always centered on has been mushrooms. Since 1994, they've been a regular feature in his works. Of course, in true artist style, these aren't your ordinary mushroom, they're gigantic ones, and sometimes, they're suspended from the ceiling! In 2000, he showed the Upside Down Mushroom Room at Fondazione Prada in Milan.

New Yorkers got a chance to see his mushroom sculptures in 2011 at the New Museum. Viewers got to feel like Alice in Alice in Wonderland as they walked through a side room filled full with huge fungi. His typical mushrooms are halves of two random mushrooms. Some, like the large red-and-white agaric fungus, are believed to have psychoactive elements.

Carsten Holler's giant mushrooms are now back at Frieze 2014. For the Gagosian Gallery's stand at Frieze, Hller has created an installation that mimics a playground for children. Within it, visitors will find a giant mushroom that's asking to be played with. It rocks from side-to-side. 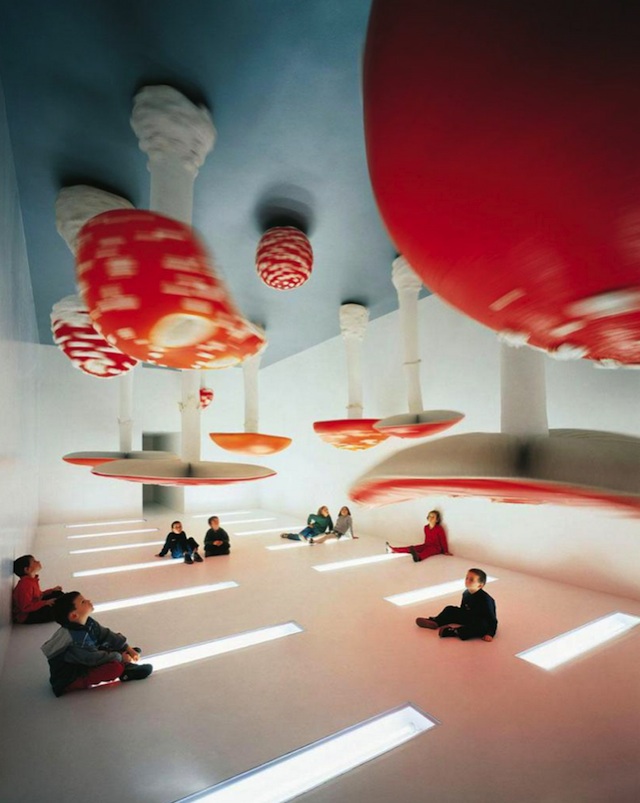 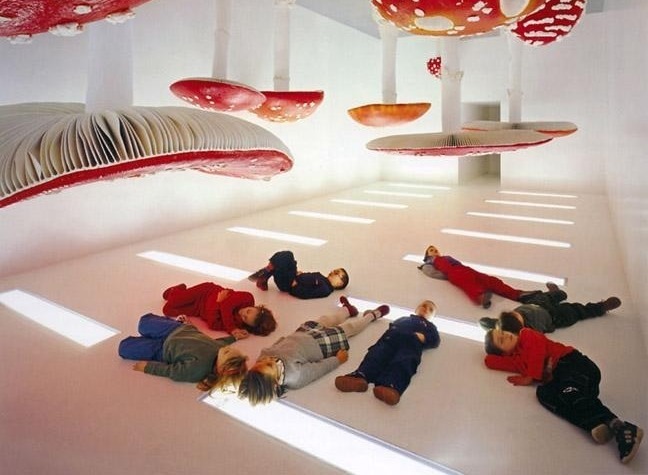 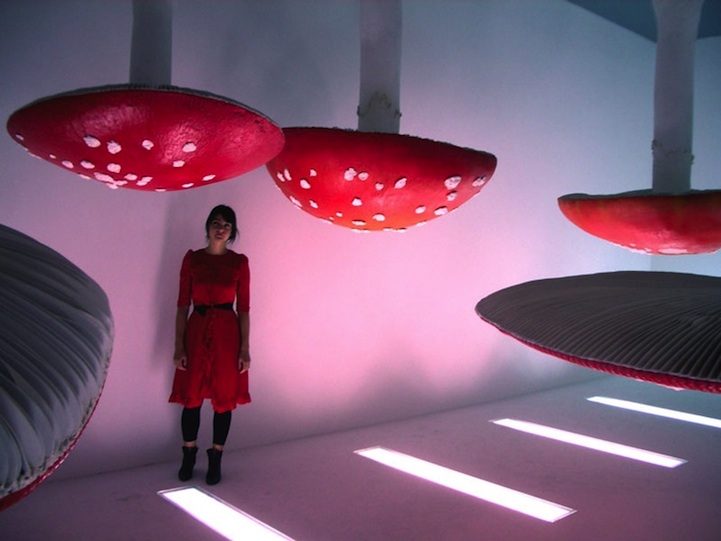 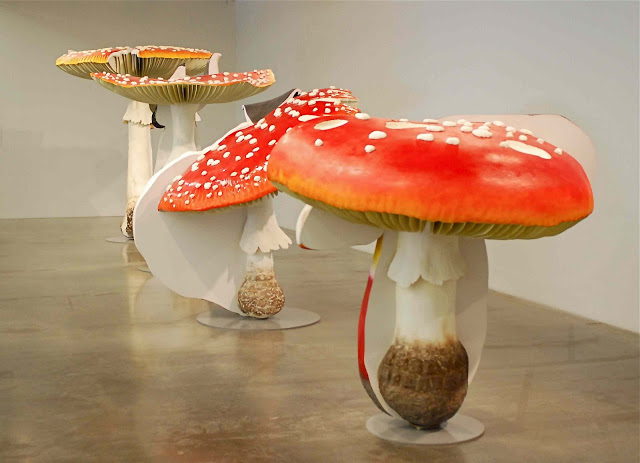 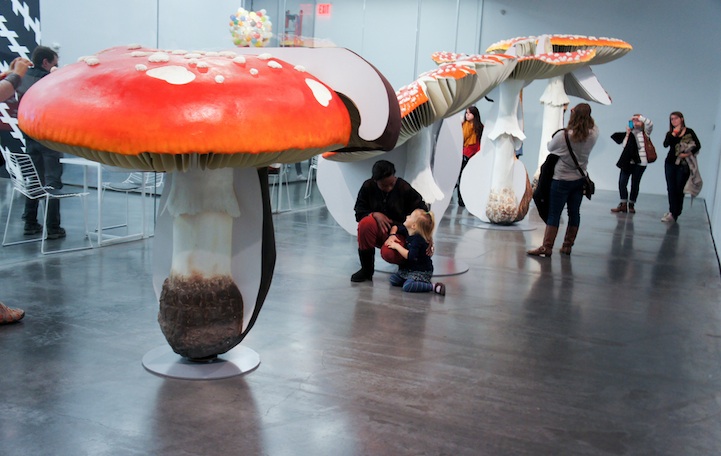 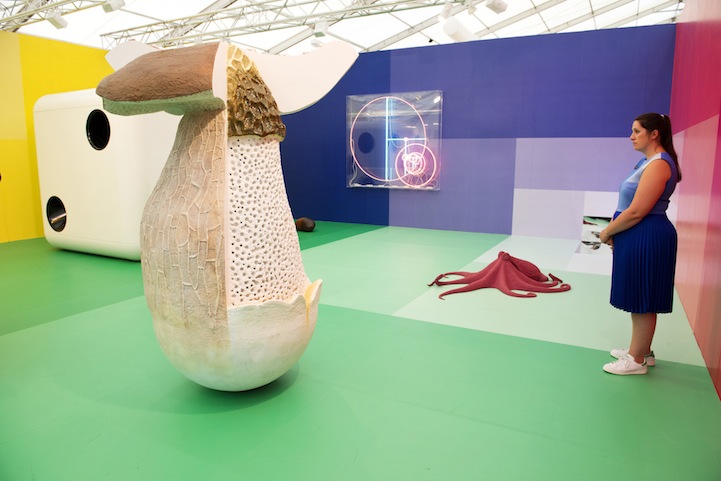 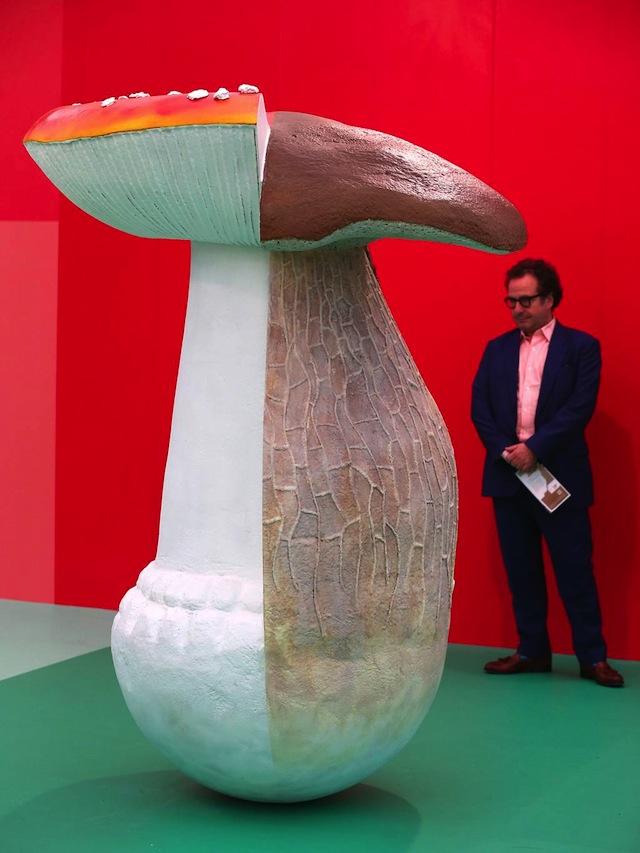