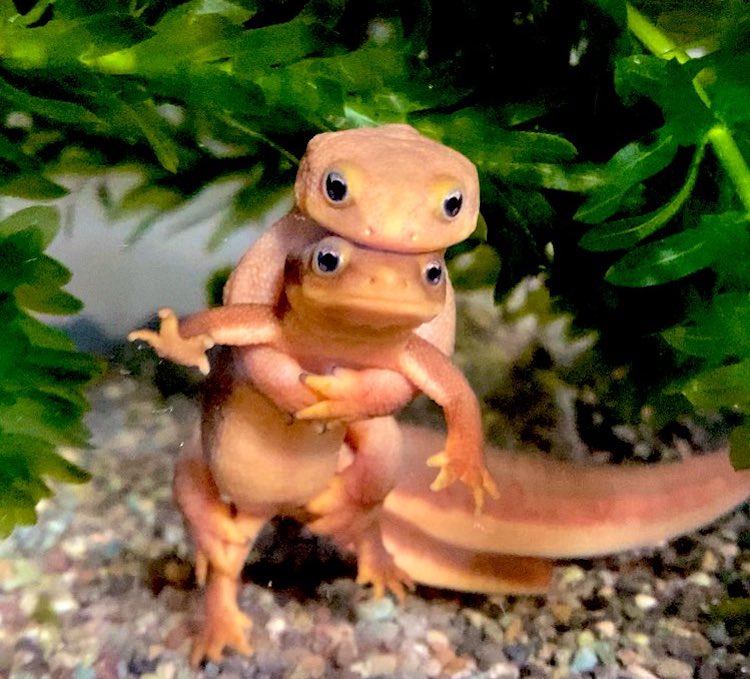 As far as cute pets go, most people probably don’t have newts high up on their list, but one look at this adorable pair of cuddly salamanders just might change your mind. Twitter user Moi captured an endearing snapshot that takes the cake for the cutest newt photo pose in a decade. That’s because, for the 10 years that the Japanese breeder has been raising the amphibian creatures, never before has such a picture-perfect moment presented itself.

In fact, the pose was so perfect that Moi decided to share the photo on Twitter, adding the caption: “I've been raising newts for about 10 years and took the cutest photo of them, so I'd like everyone to see.” And judging by the over 120,000 likes it has received, netizens agree that the snapshot is pretty darn cute. The image shows two newts who seem to be grinning from ear to ear as one gives the other a huge bear hug from behind. To make things even cuter, it almost looks like the one on the bottom is giving his friend a piggyback ride.

One commenter even compared the endearing shot to an iconic scene from Titanic. Others had their own ideas about who the friendly pair most resembles, including the inseparable amphibian buddies Frog and Toad from the classic children’s book series. But after seeing how cute these two newts are when they smile for the camera, one can only imagine how much more adorable they are when no one’s even looking.

One commenter compared the amphibian duo to an iconic scene from Titanic.

Another thought the newts resembled the inseparable buddies Frog and Toad from the classic children's books.

All images via Moi.