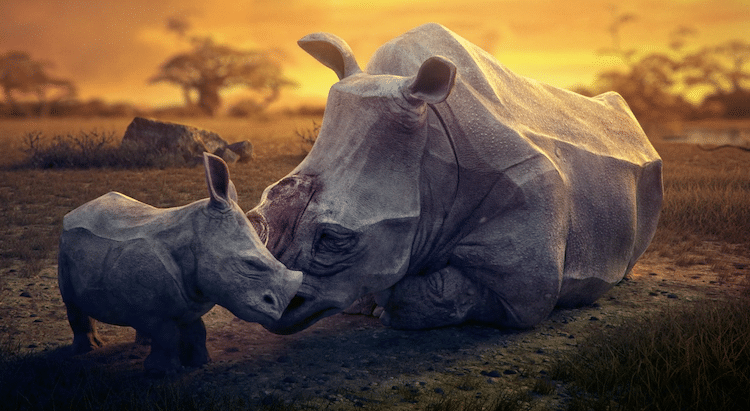 On a mission to “inform, engage and inspire audiences about the importance of protecting global biodiversity,” the Wildlife Conservation Film Festival (WCFF) produces interactive events with an environmental focus. With its annual festival, the organization showcases powerful work by the best independent filmmakers, with “Dream” by Zombie Studio serving as a perfect and poignant example.

In this animation, animals sing an emotional rendition of “I Dreamed a Dream” from Les Misérables. The video opens with the creatures existing happily in their habitats: a blue whale breaches, a brown pelican skims the water, a rhinoceros runs with her calf, and a pair of baby harp seals play in the snow.

Suddenly, however, the video takes a sinister turn as frightening men invade each environment. Tragically, the animals are no match for their guns, clubs, harpoons, and pollution, and the video comes to a heartbreaking conclusion as the seal pup sings: “Now life has killed the dream I dreamed.”

Zombie House created the video as a promotional film for the Wildlife Conservation Film Festival in 2016. Though it's now a few years old, the award-winning piece has strongly resonated, serving as a much-needed reminder that we still can't “let the dream go extinct.”

Go behind the scenes of this powerful animation.