Stunning Winners of the 2018 Environmental Photographer of the Year Contest 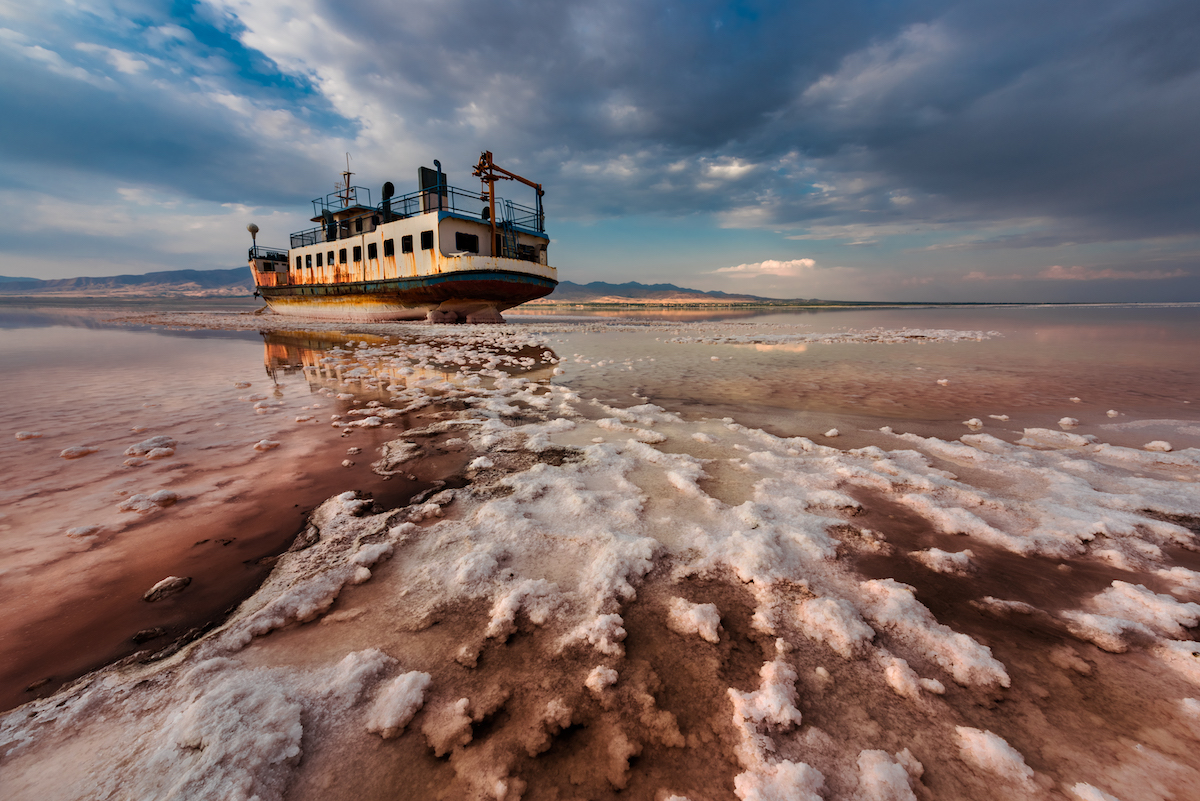 “End Floating” by Saeed Mohammadzadeh, Iran, winner of Environmental Photographer of the Year Prize 2018. The photo shows a ship sitting in salt in the Urmia Lake in Iran. Climate change is intensifying the droughts that speed up evaporation in the region. The lake has also been suffering from illegal wells and a proliferation of dams and irrigation projects causing it to reduce significantly in volume. Noxious, salt-tinged dust storms inflame the eyes, skin, and lungs of residents in surrounding areas. The drying up of the river is destroying local habitats, due to the extreme salinity levels of 340 grams per liter, which is over eight times saltier than ocean water. (2017, Iran)

The Environmental Photographer of the Year competition awards those who use their creative voices to document the state of the planet. The 2018 contest saw entries from 89 countries. In the end, five photographers were selected as winners for their powerful storytelling abilities and high-quality technique. The annual contest is run by The Chartered Institution of Water and Environmental Management (CIWEM), a leading independent Chartered professional body for water and environment professionals.

Iranian photographer Saeed Mohammadzadeh took home the title of Environmental Photographer of the Year for his incredible image of an abandoned ship sitting in the salt of the evaporating Urmia Lake. The beautiful, yet frightening, image demonstrates the deadly combination of climate change and man's destruction of nature. The extreme salt is not only destroying habitats, but harming local residents as dust storms kick it up.

“There is a finality about this year’s winning image that I find chilling. The water once used for many purposes has gone and the decaying state of the ship suggests that the water will not return,” shared Terry Fuller, CIWEM Chief Executive and judge of the competition. “Why was this ship left stranded? Did the owners not know or believe that the water levels were declining, or did it happen so quickly that they did not have time to adapt?”

While many images show destruction, there are also photographs that give us hope. Ümmü Kandilcioğlu's image of a man making straw from reeds, for instance, shows that sustainability practices are still taking place on a variety of levels. Aside from the five winners, several others were selected as “high commended” images. From a man floating in a river of trash in India to a macaque in Malaysia clutching a plastic bottle, the photographs are an emotional reminder of how much we need to resolve to clean up the environment.

The winning photos from the Environmental Photographer of the Year contest were selected among entries from 89 countries. 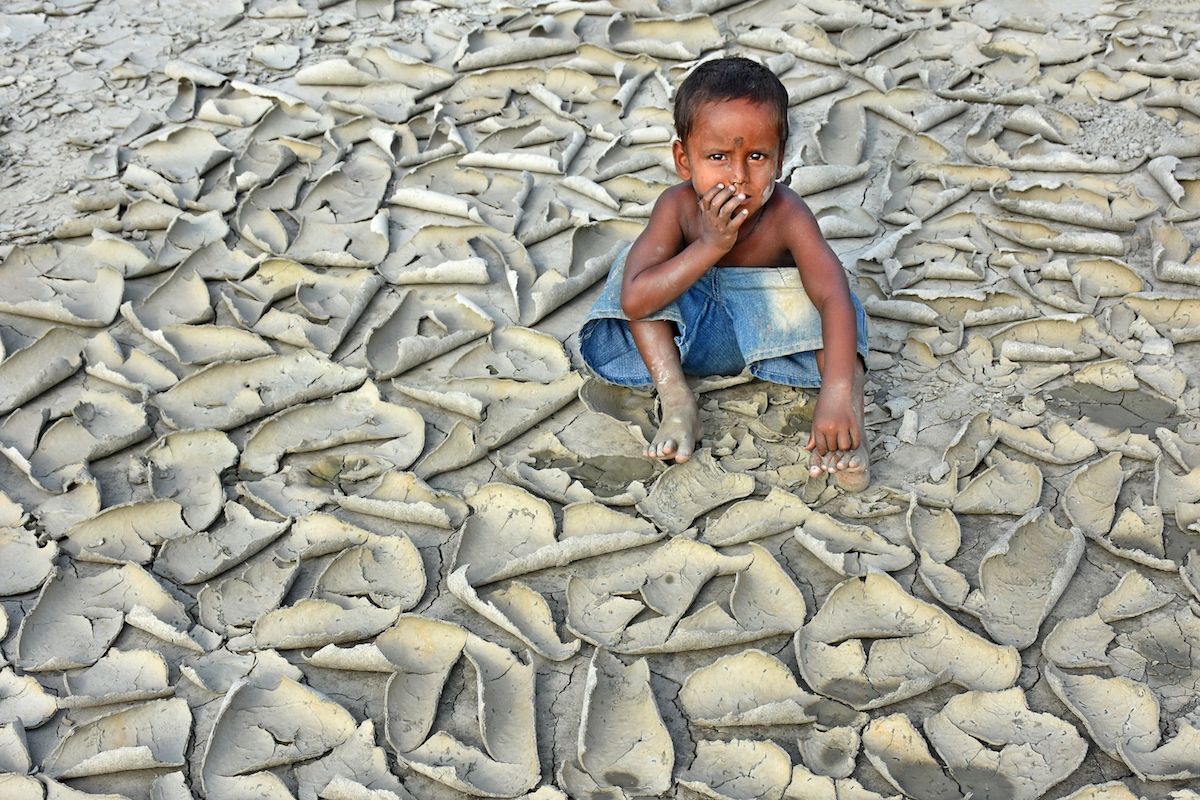 “Dryness” by Chinmoy Biswas, India, winner of Changing Climates Prize. A child is found sitting on dry land where the land is cracked and has scaled due to lack of water. Long dry spells can cause the ground to remain open underground even after they have visibly sealed on the surface. (2018, India) 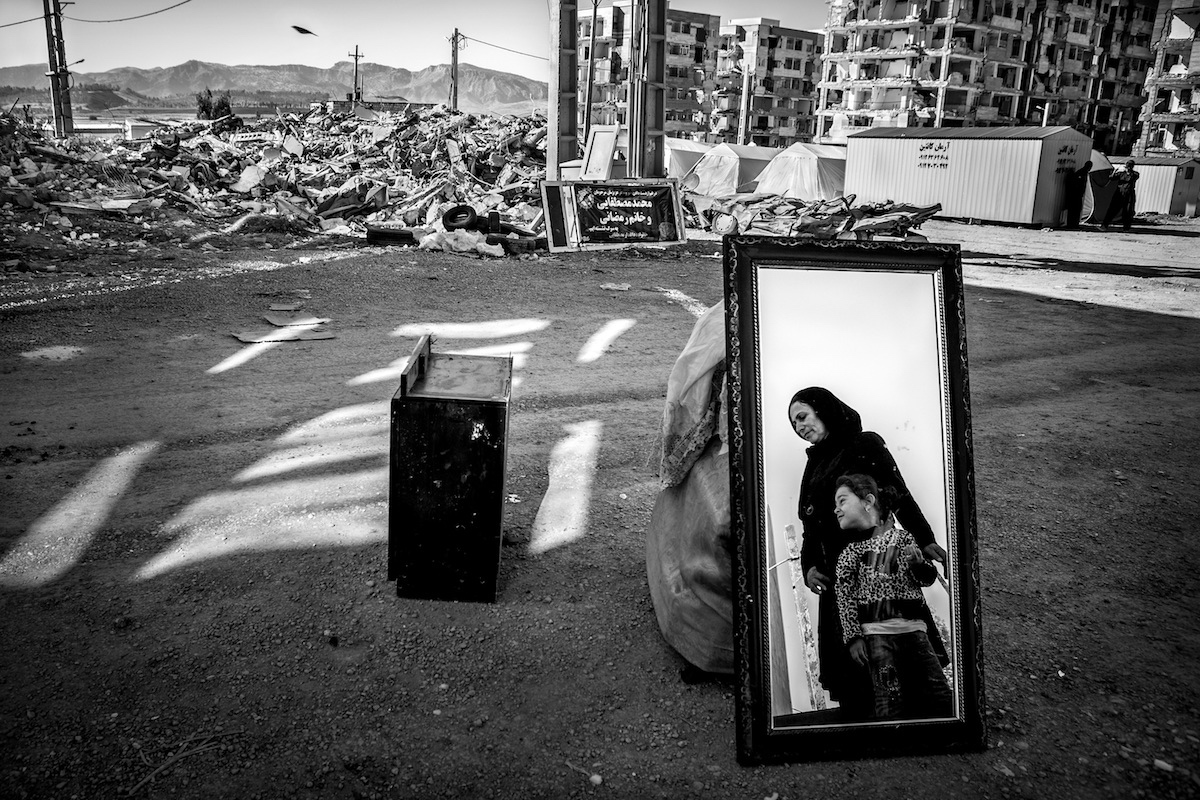 “And life rises” by Younes Khani Someeh Soflaei, Iran, winner of Built Environment Prize. A woman and her little daughter are standing next to their damaged items recovered from the rubble of their house in Sarpol-e Zahab, following the devastating earthquake that hit the region in 2017 and killed over 600 people. A destroyed Mehr Residential Complex can be seen in the background. (2017, Iran) 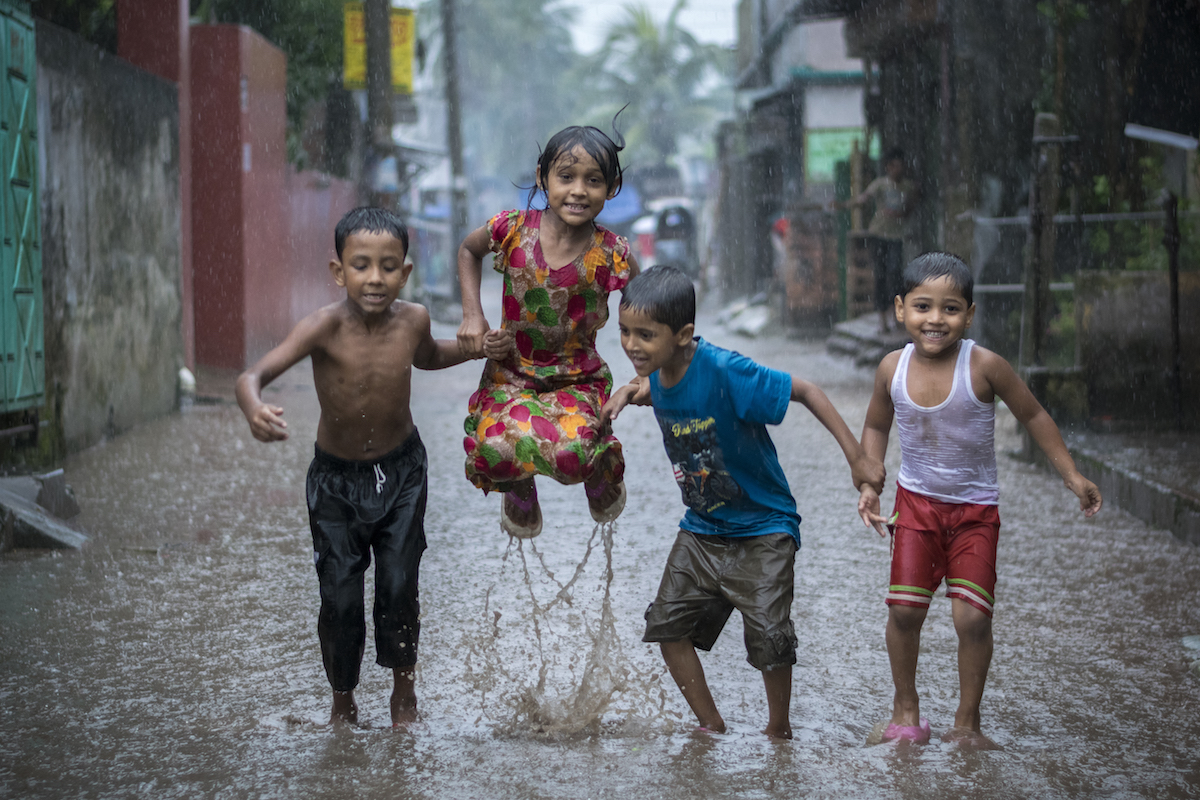 “Happiness on a rainy day” by Fardin Oyan, Bangladesh. Winner of the Young Environmental Photographer of the Year. Bangladesh’s children are fond of a rainy day. They love to bath and play in rain. The country is flat and occupied by the huge Ganges-Brahmaputra Delta, and is therefore exposed to floods, especially during monsoon season. (2017, Bangladesh) 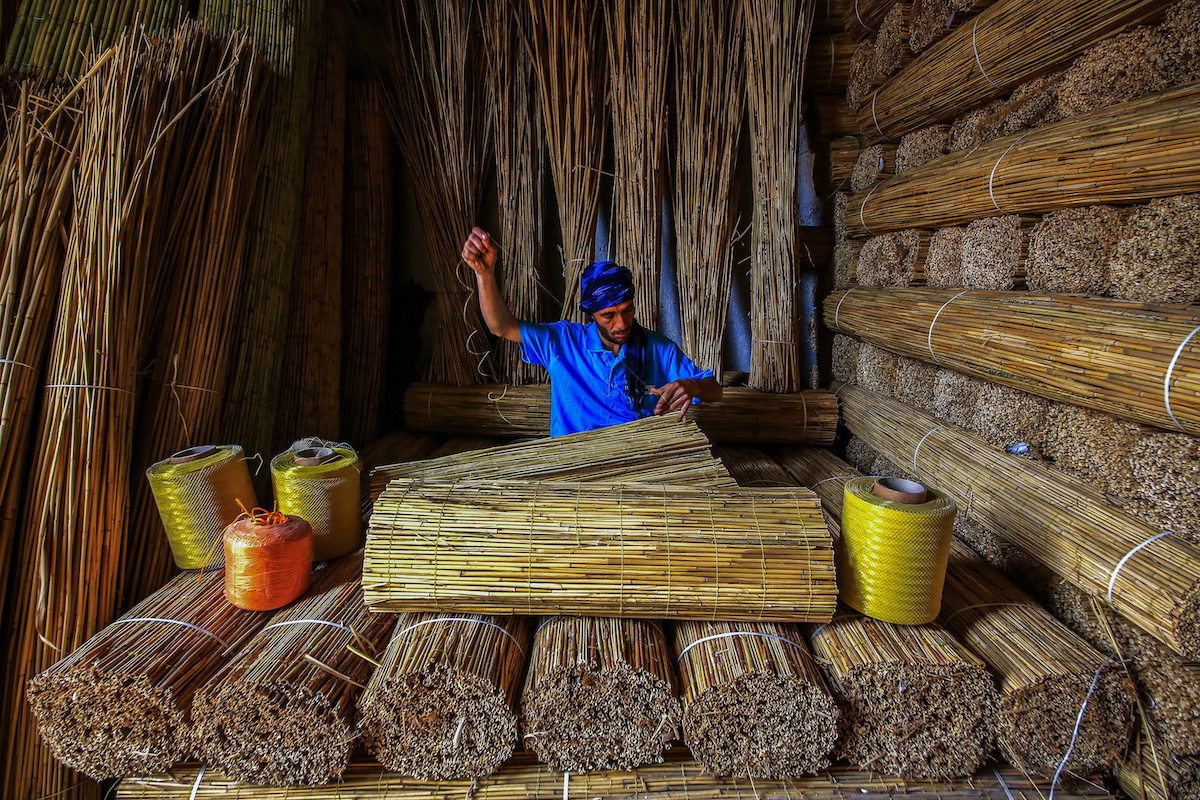 “Bulrush” by Ümmü Kandilcioğlu, Turkey. Winner of the Sustainability in Practice Prize. The photograph shows a worker making straw from the reeds for a living. (2017, Turkey)

Five other photographers were highly commended for their strong environmental messaging and high-quality photography. 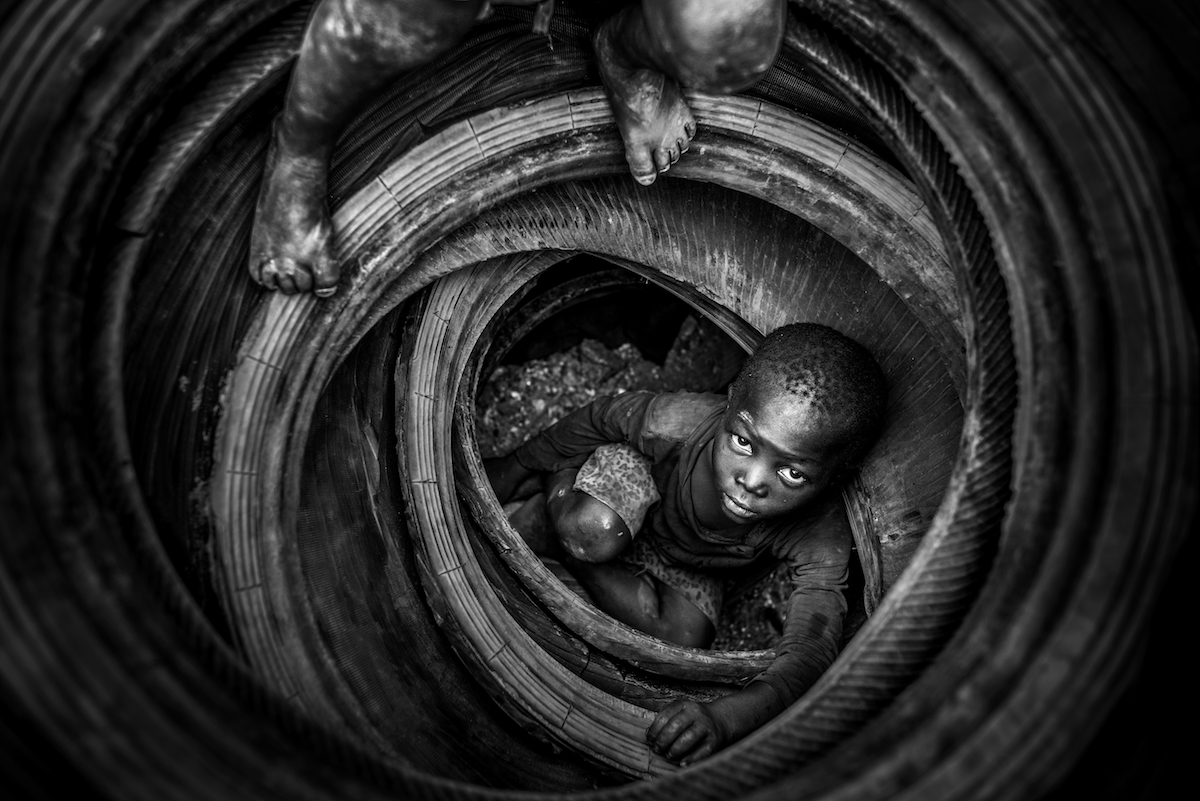 “Boulmigou. The Paradise of Forgotten Hearts” by Antonio Aragón Renuncio. Children play on old tires that will burn to warm the rock and make it more brittle in the polluted quarry of Boulmigou with terrible consequences: fires, respiratory diseases, groundwater contamination, brutal pollution that destroys the environment… death. (2017, Burkina Faso) 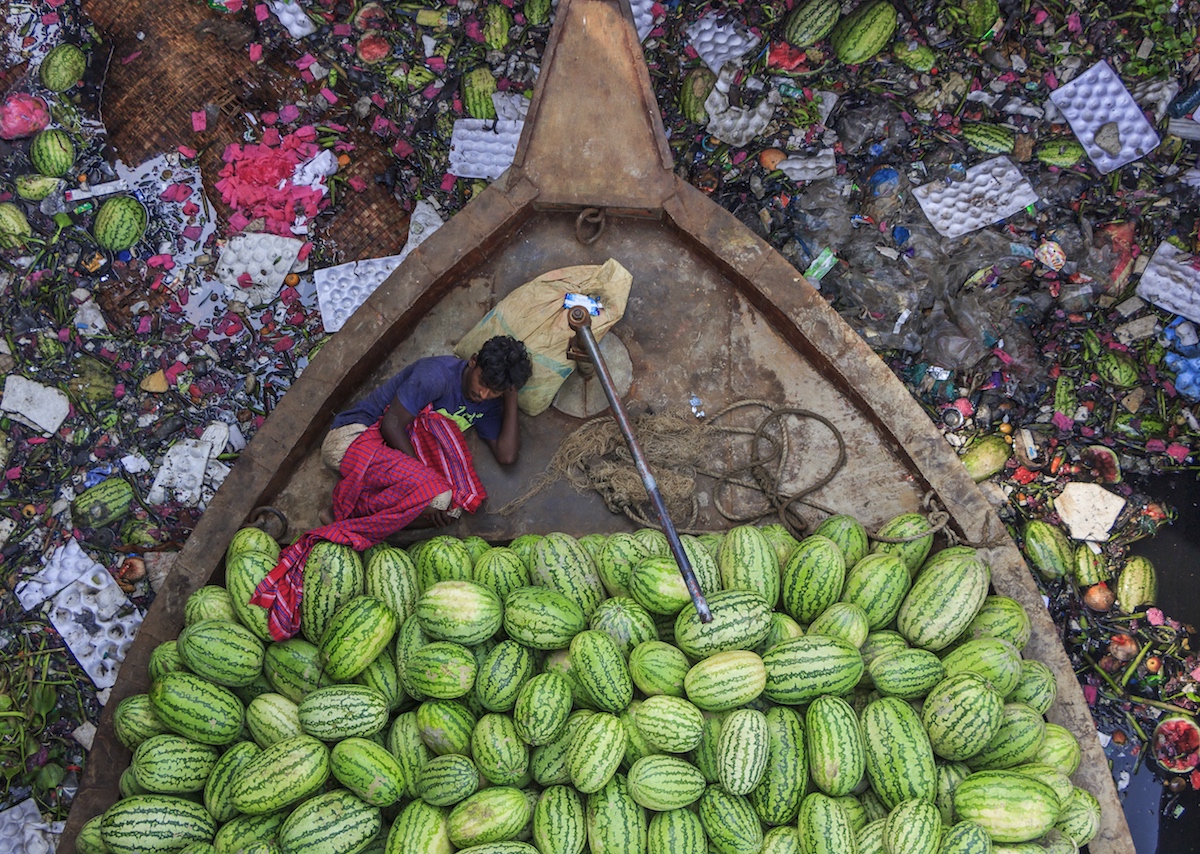 “Floating life on river under pollution” by Tapan Karmakar. (2018, India) 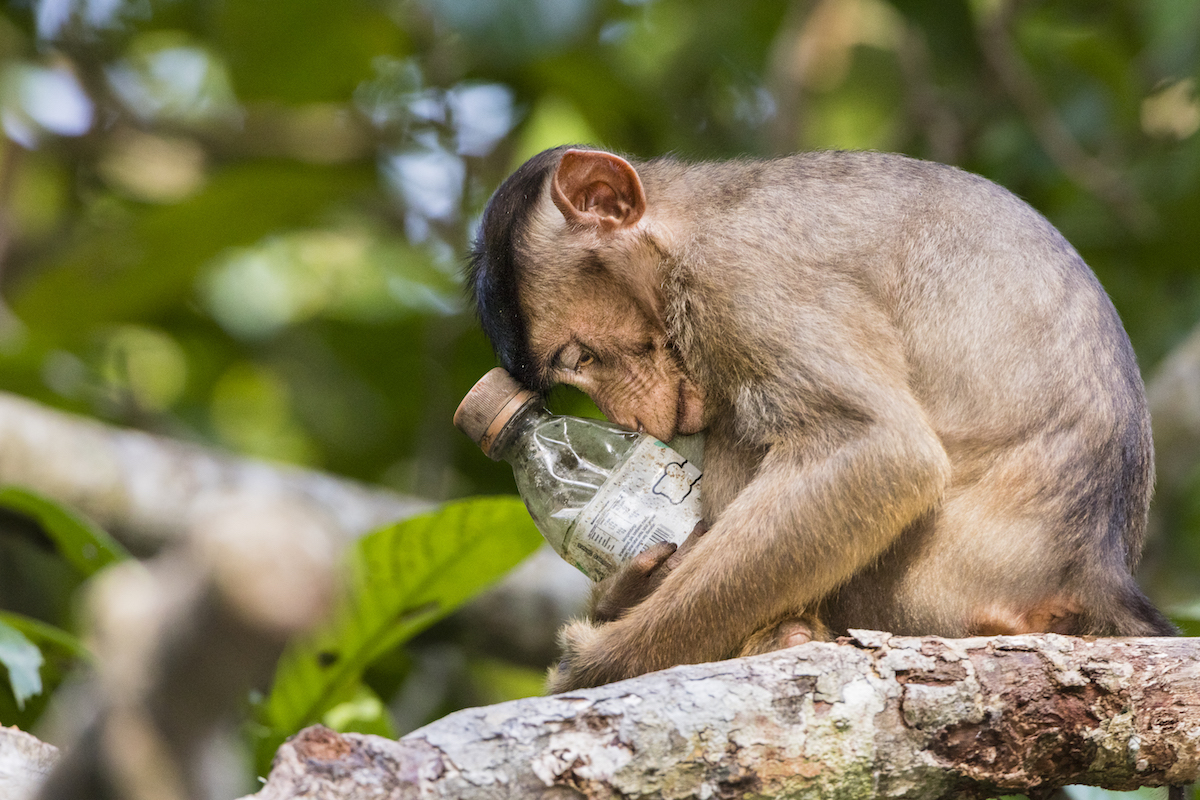 “Not in My Forest” by Calvin Ke. A southern pig-tailed macaque (Macaca nemestrina) clutches a plastic bottle in its otherwise pristine natural habitat in Borneo, Malaysia. (2018, Malaysia) 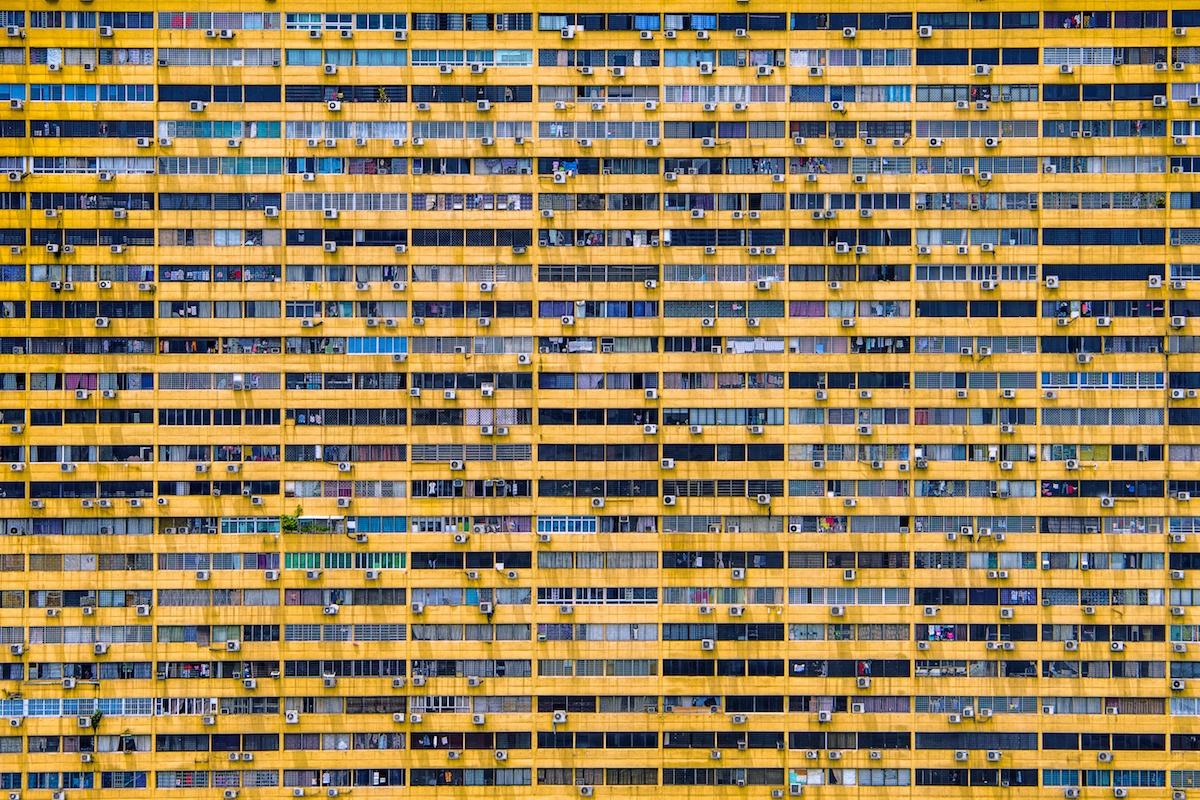 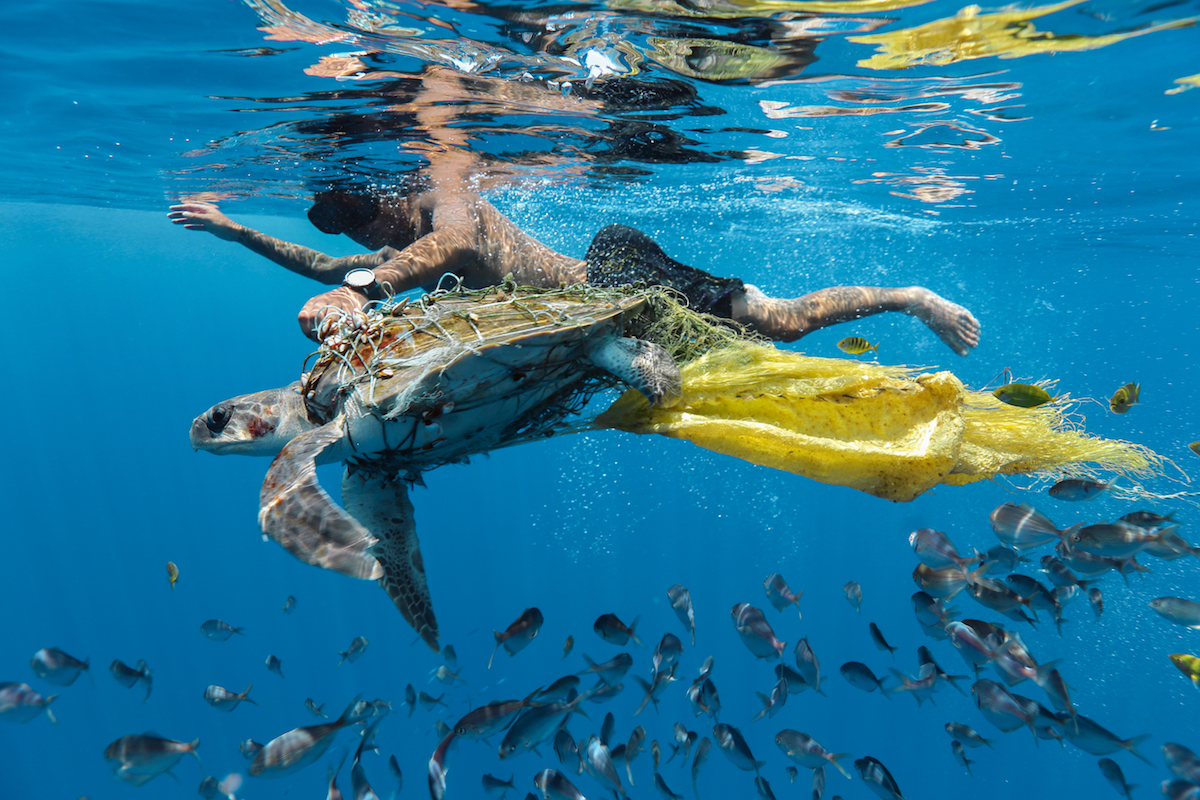 My Modern Met granted permission to use photos by CIWEM.

Remarkable Shortlisted Entries from the 2016 Environmental Photographer of the Year