20+ Creative Tourist Photos of the Leaning Tower of Pisa 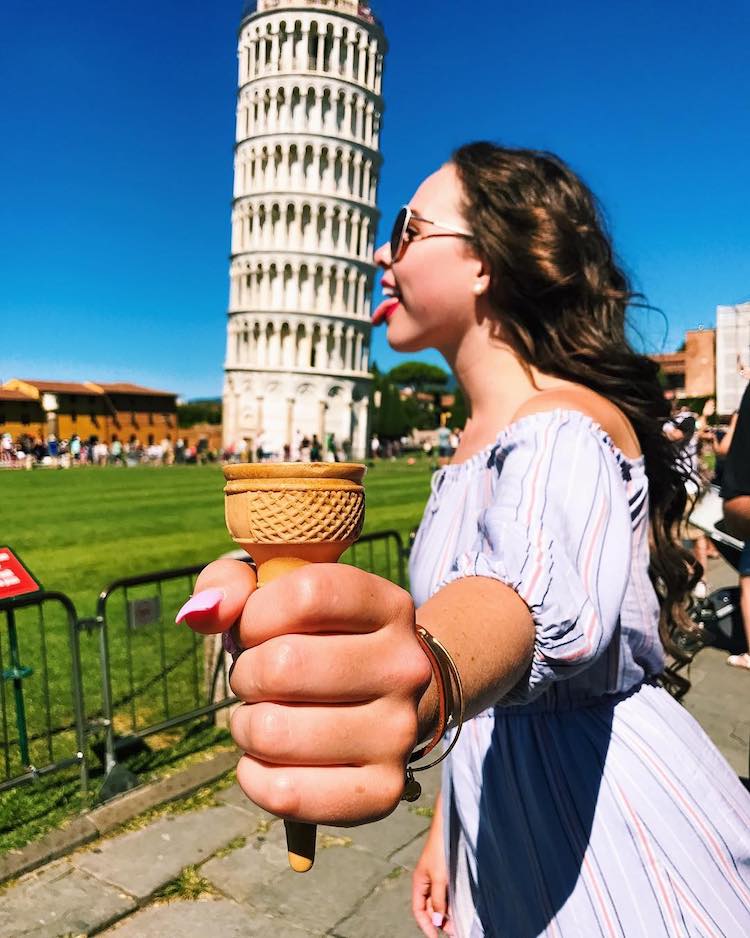 The Leaning Tower of Pisa in Italy is one of the world’s most popular tourist sites. With a lean of about 3.99 degrees, it’s easy to understand why—the architectural oddity is definitely something you’d want to witness in person. But, the locale is well-known for another reason: people love to take forced perspective photos with it. Standing far in front of the actual place, the subject appears large while the 186-foot bell tower looks much smaller in comparison. Here, it's common for folks to pretend they’re “supporting” the structure, but that’s not the only option for taking creative Leaning Tower of Pisa pictures.

There are many alternatives for Pisa poses, all of which use the forced perspective approach. Some visitors take a destructive turn and pretend to push or kick the tower over. Others imagine that they’re using it for awesome kick flips or an elaborate foot rest. But one of our very favorite iterations on funny Leaning Tower of Pisa pictures is both imaginative and “cool.” Marissa Kjos used an empty gelato cone and placed it in front of the out-of-focus structure, transforming it into a tasty treat.

Before you snap a photo at Pisa, check out some of the unique poses people (and dogs) have done in the past.

These tourist photos use forced perspective to inject a healthy dose of humor and creativity to the average Leaning Tower of Pisa pictures. 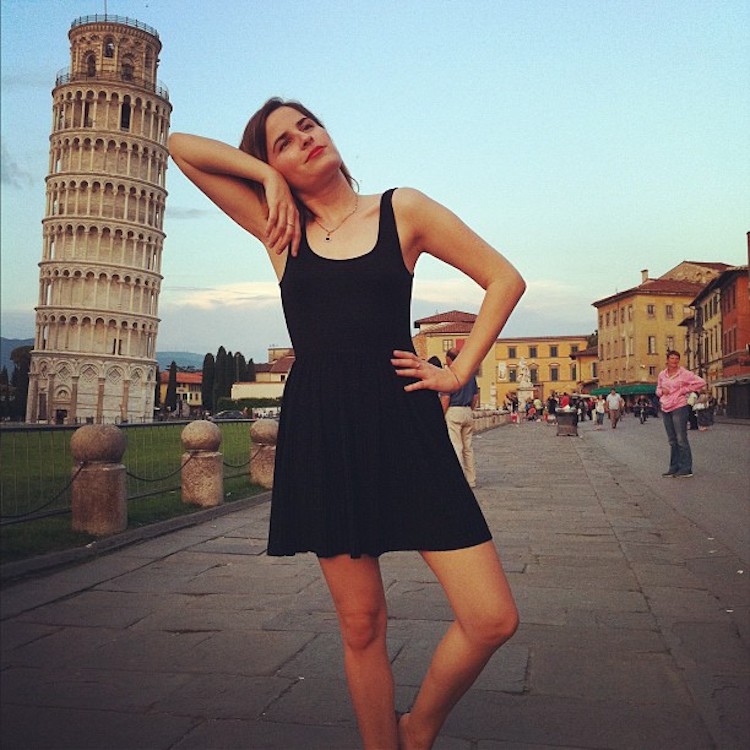 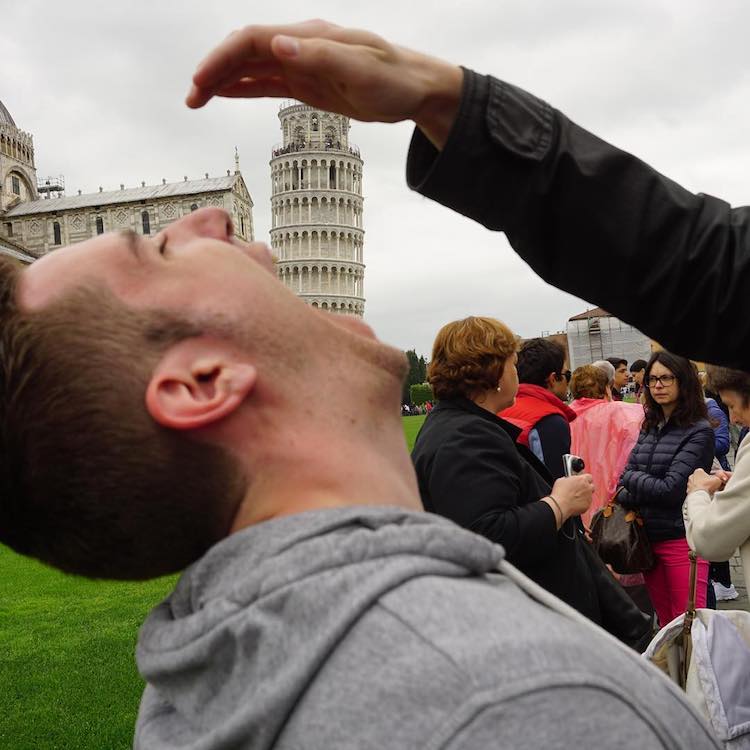 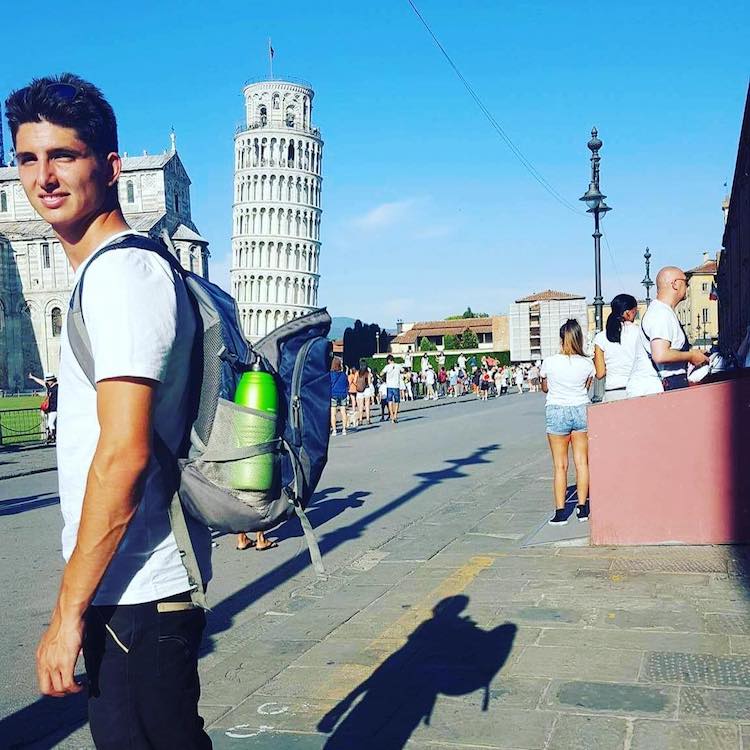 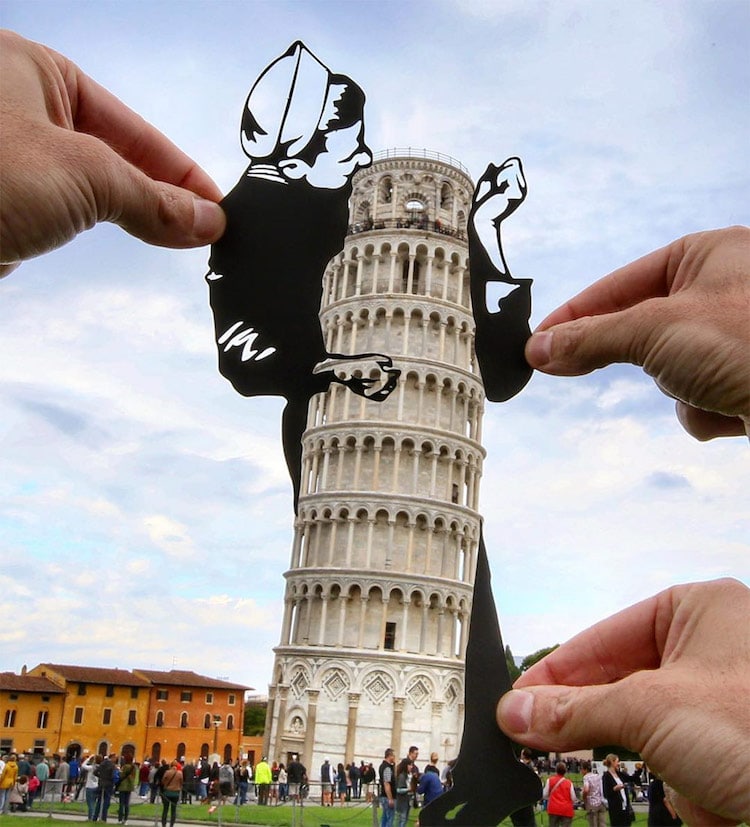 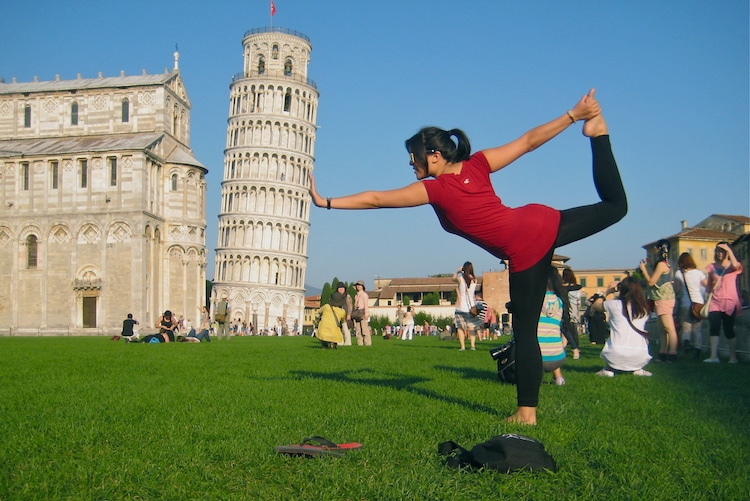 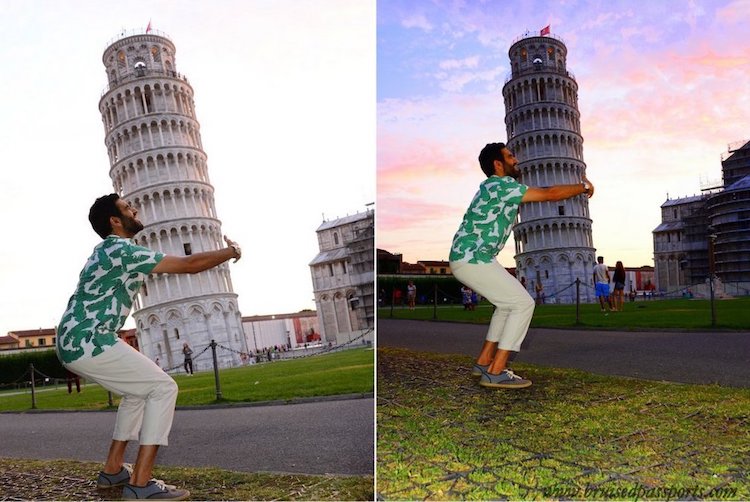 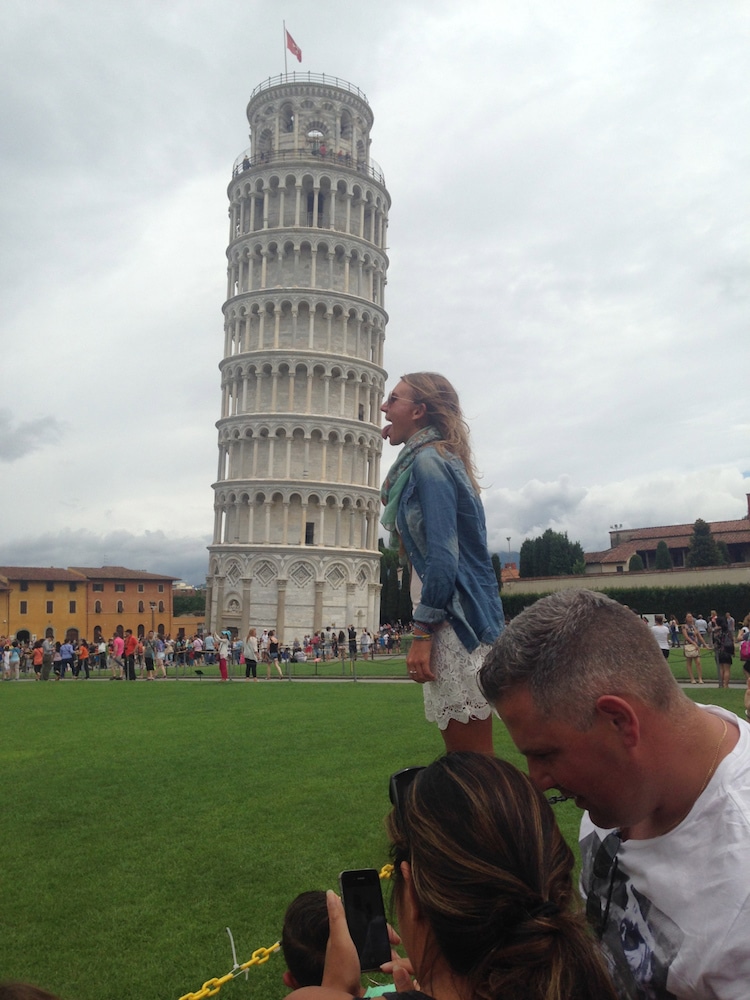 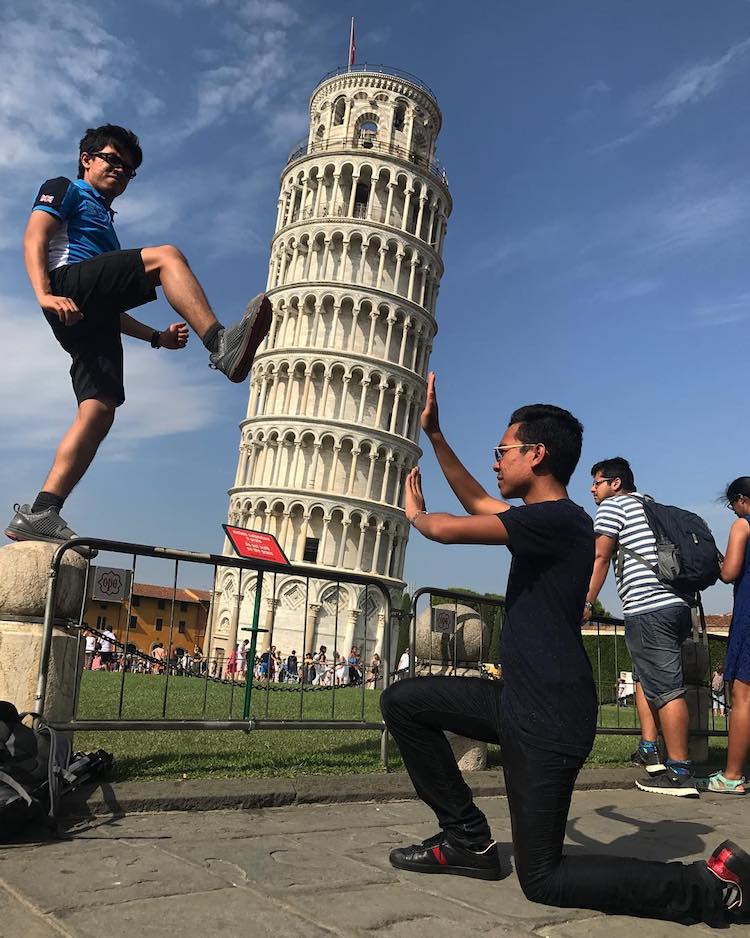 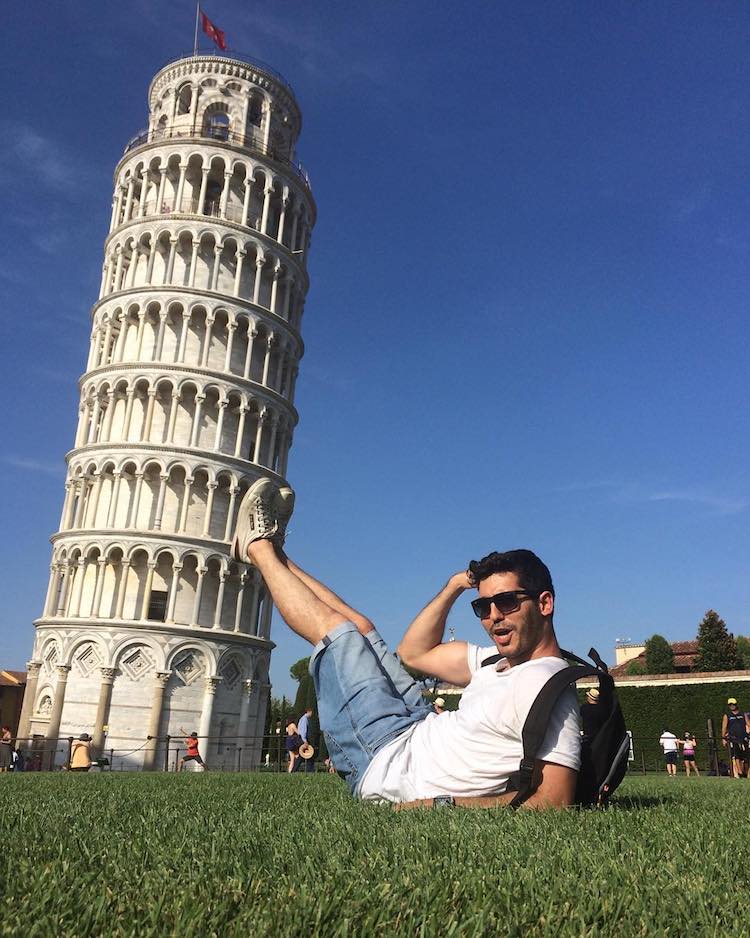 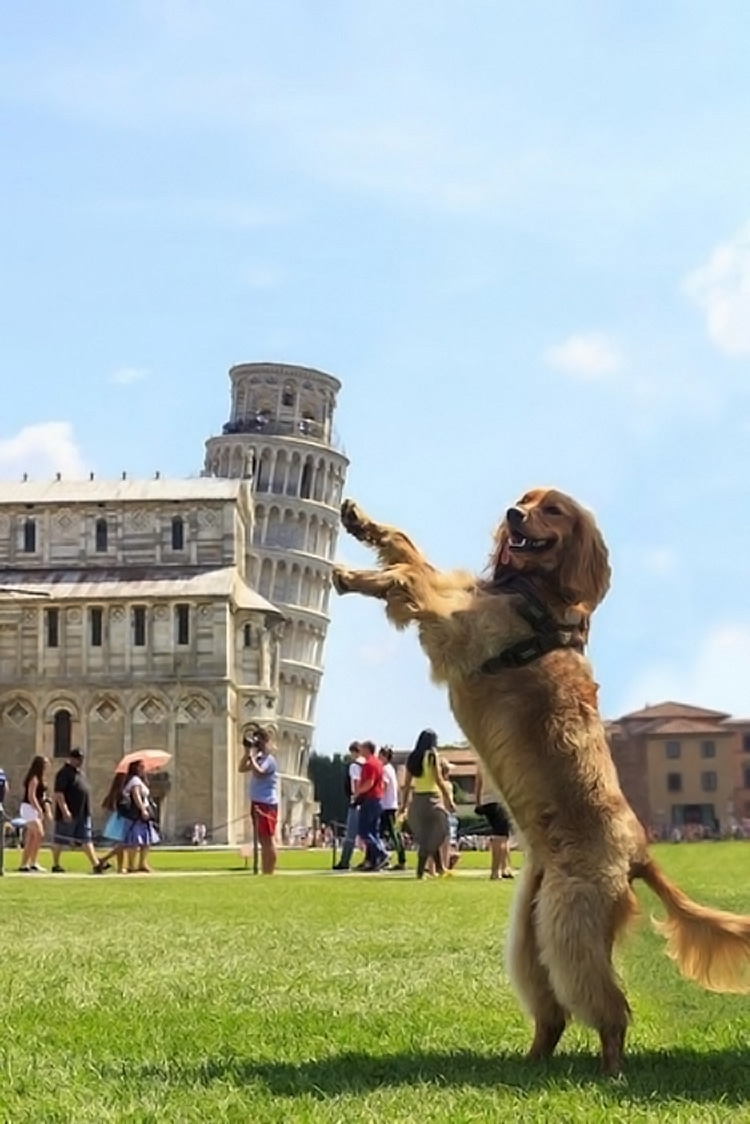