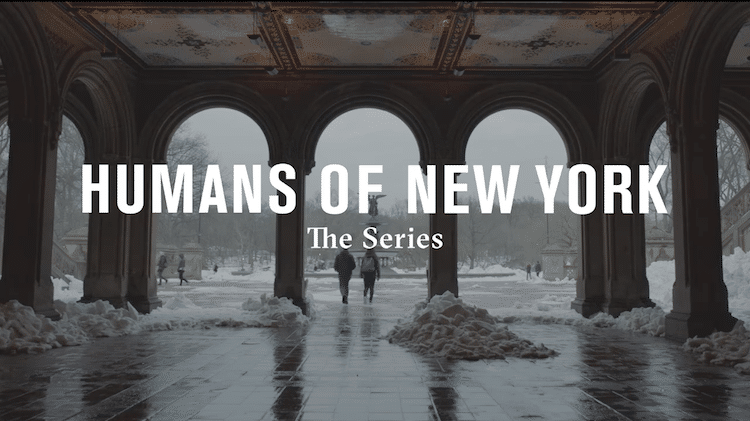 Photographic project Humans of New York is renowned for offering a rare and raw glimpse into the lives of everyday people. Since launching the popular series in 2010, founder and photographer Brandon Stanton has shared his subjects' stories through photos captioned with quotations. Now, however, Stanton has opted to explore the medium of film with Humans of New York: The Series.

While Stanton's photographic approach to his subject matter has proven popular, he decided to film his interactions with the public in order to emphasize the emotionally charged and eye-opening nature of the project. “Early on I realized that video would add a deeper layer to Humans of New York,” he explains in a Facebook post. “At the heart of all these posts are the conversations themselves. I’m often deeply moved by the people I meet. Or they make me laugh. Or they make me think. And I always do my best to recreate the experience through photos and words. But I always knew that video would provide the closest thing to ‘actually being there.’”

Rather than gradually release these videos, Stanton “held onto them so that one day [he] could combine them into something special.” Shot over the course of 4 years, the powerful docuseries features 1,200 interviews with people from all walks of life—an approach that remains at the core of Humans of New York.

Be sure to catch the Humans of New York docuseries next week when it debuts on Facebook's new video platform, Watch.

All images via Humans of New York unless otherwise stated.