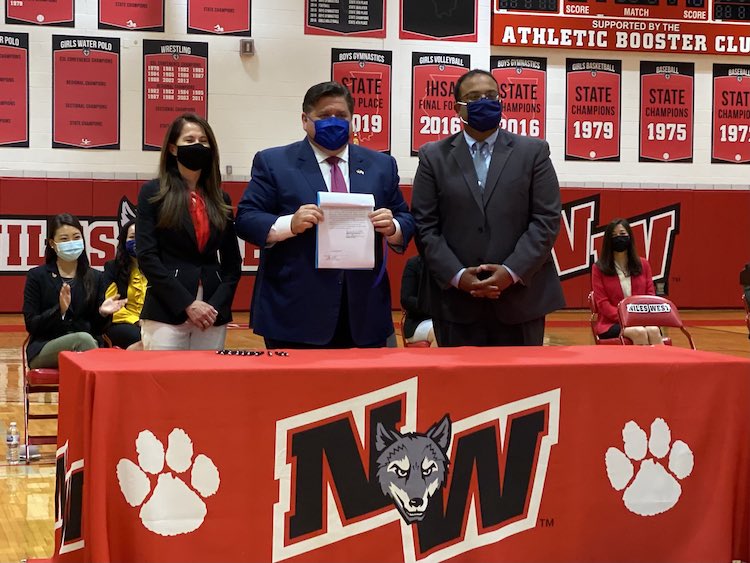 With the rise in hate crimes and violence against Asian Americans that has become much more prominent in the midst of the COVID-19 pandemic, many activists and allies have endeavored to increase awareness and support for the Asian American Pacific Islander (AAPI) community. However, in spite of those increased efforts, there still remains much left to do in order to ensure a safe and equitable society for Asian Americans in the United States. One of the most invaluable tools necessary to pave the way to that ideal is education, and the State of Illinois is leading the charge to create a more inclusive curriculum.

With the Teaching Equitable Asian American Community History (TEAACH) Act that was just signed into law by Illinois Governor J.B. Pritzker on July 9, Illinois just became the first state in the nation to require that Asian American History be taught in its public schools. Set to take effect on January 1, 2022, the pioneering legislation mandates that one unit of Asian American History be included in the curriculum of every public elementary school and high school in the state. The act will be enforced beginning in the 2022–23 school year.

“Today, we are reaffirming our commitment to creating more inclusive school environments. We're making Illinois the first state in the nation to require that Asian American history will be taught in public schools, including a unit about the Asian American experience,” says Illinois Governor JB Pritzker in a statement about the new law. “We are setting a new standard for what it means to truly reckon with our history. It's a new standard that helps us understand one another, and, ultimately, to move ourselves closer to the nation of our ideals.”

Hoping that the new education initiative will “help combat false stereotypes” about the Asian American community, the state will require that at least three specific topics be addressed in the new curriculum. These topics include the contributions that Asian Americans have made toward advancing civil rights; contributions made by Asian Americans in government, arts, humanities, and sciences; and the contributions of Asian American communities to the overall economic, cultural, social, and political development of the United States. Though the legislation requires that these three topics should be addressed, the state will leave it up to individual school districts to formulate their own specific curriculums.

“Asian American history is American history. Yet we are often invisible,” says Illinois State Representative Jennifer Gong-Gershowitz. “Empathy comes from understanding. We cannot do better unless we know better. A lack of knowledge is the root cause of discrimination, and the best weapon against ignorance is education.”

Illinois just became the first state in the U.S. to require that Asian American History be taught in its public schools.

We are setting a new standard for what it means to truly reckon with our history.

It’s a new standard that helps us understand one another, and, ultimately, to move ourselves closer to the nation of our ideals. https://t.co/9c7kfZ5ioC

35 Creative Teacher Gift Ideas for the Educator in Your Life