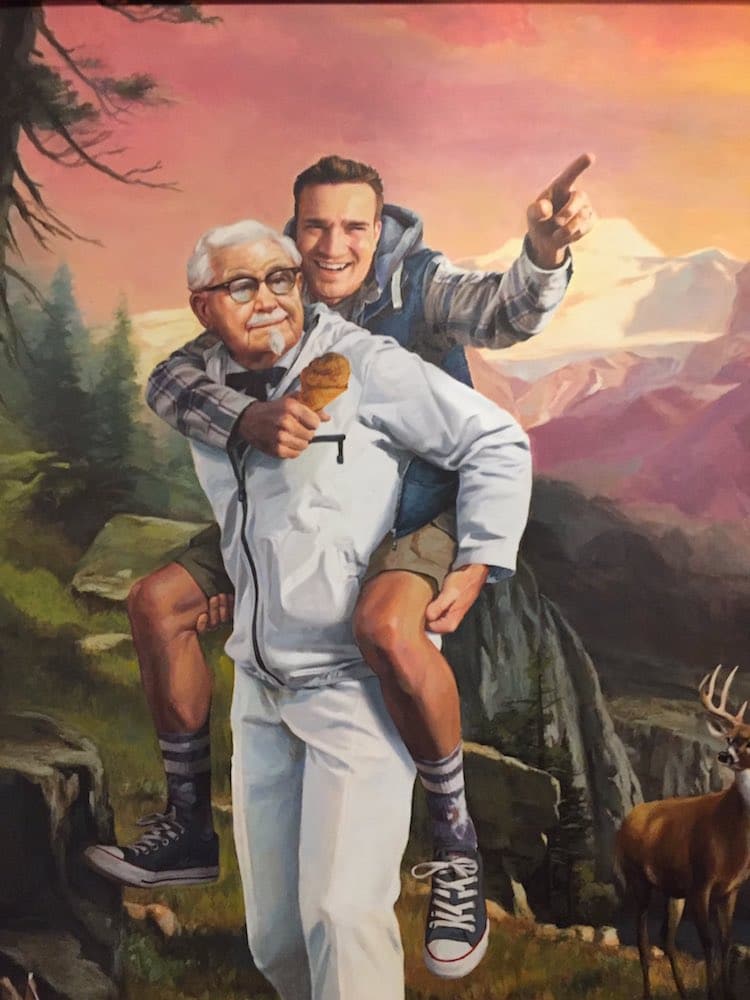 Have you ever been honored for an especially great tweet? Few people have, but Twitter user @edgette22 recently made a discovery that earned him a prize. In mid October, he revealed what we had all missed about the fried chicken purveyor KFC; it turns out that they only follow 11 people—five Spice Girls and six guys named Herb. The restaurant is known for their “blend of 11 herbs and spices,” so this call out to their brand was a very clever marketing strategy.

The tale of @edgette22 and KFC doesn’t end there. To reward the Twitter user for solving this mystery, KFC commissioned a special painting for him. It features @edgette22 piggybacking on Colonel Sanders with a drumstick in hand. Together, they appear to be on a grand outdoor adventure. The artwork was sent directly to @edgette22, contained in an opulent gold frame and all. Of receiving the work, he tweeted his response (along with photos proving it’s real). “Dreams DO come true,” @edgette22 wrote.“#GiddyUpColonel.”

The painting, while amusing, was also a promotion for the restaurant chain. Advertising agency Wieden+Kennedy was the brains behind this work; they’re known for creating other funny advertisement images for KFC, like a romance novella called Tender Wings of Desire. In May 2017, the firm's Portland branch created the 96-page story as well as a book cover to go along with it—one that was done in the same artistic style as @edgette22’s gift.

11 Herbs & Spices. I need time to process this.

KFC wasted no time in rewarding @edgette22 on his revelation:

Here's a better look at the epic gift, which turned out to double as a funny advertisement by Wieden + Kennedy. 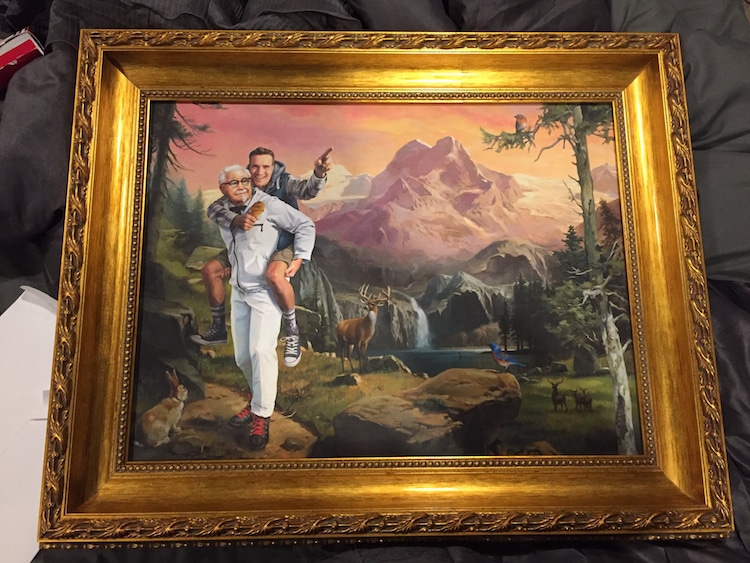 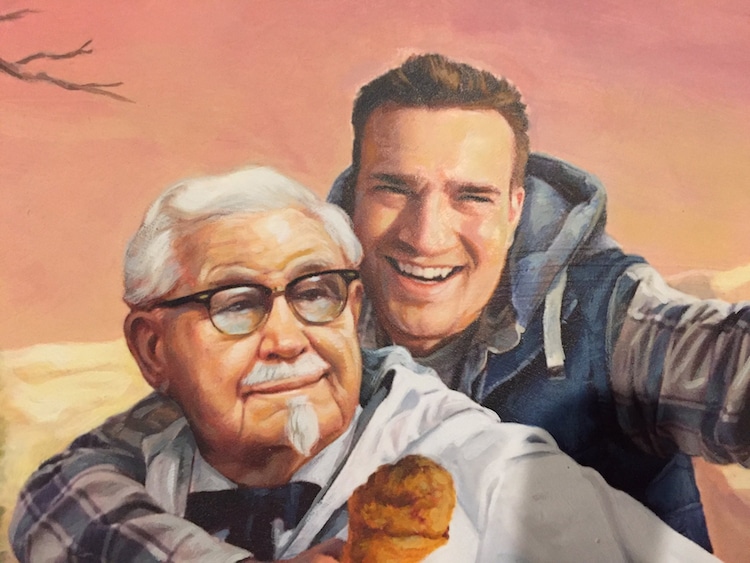 30+ Most Creative Business Cards That Are Sure to Get Noticed