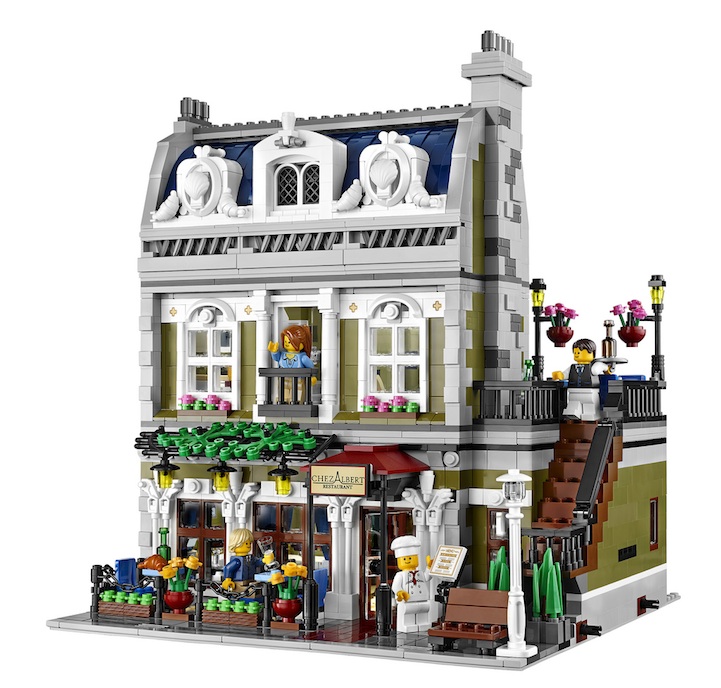 Just unveiled at BrickCon in Seattle is this beautiful new set in LEGO's modular building series, 10243 Parisian Restaurant. Released in January 2014, the highly detailed model includes 2,469 pieces that make up much more than what you see on the outside. In this three story building, you'll find some neat rooms inside! On the first floor is a fully-stocked, blue and white tiled kitchen, while on the second floor you'll find a cozy apartment with a kitchenette and pull-down bed. The third floor is reserved for the artist who's hard at work in his studio.

Can't get enough of these hidden surprises? The Parisian Restaurant's facade is adorned with whimsical little touches like croissants, clams and feathers. The five minifigures the set comes with even includes a nervous young man about to propose with a ring to the love of his life! Of course, some of the best details are the ones prominently displayed on the outside like the hanging lanterns and the potted pink flowers.

Introduced in 2007, Modular Buildings features large, detailed, connectable buildings, aimed at adult fans of LEGO. To date there have been nine sets ranging from fire houses to pet shops. Each one costs around $150, though this tenth one, the Parisian Restaurant, will retail for a bit more at $159.99. 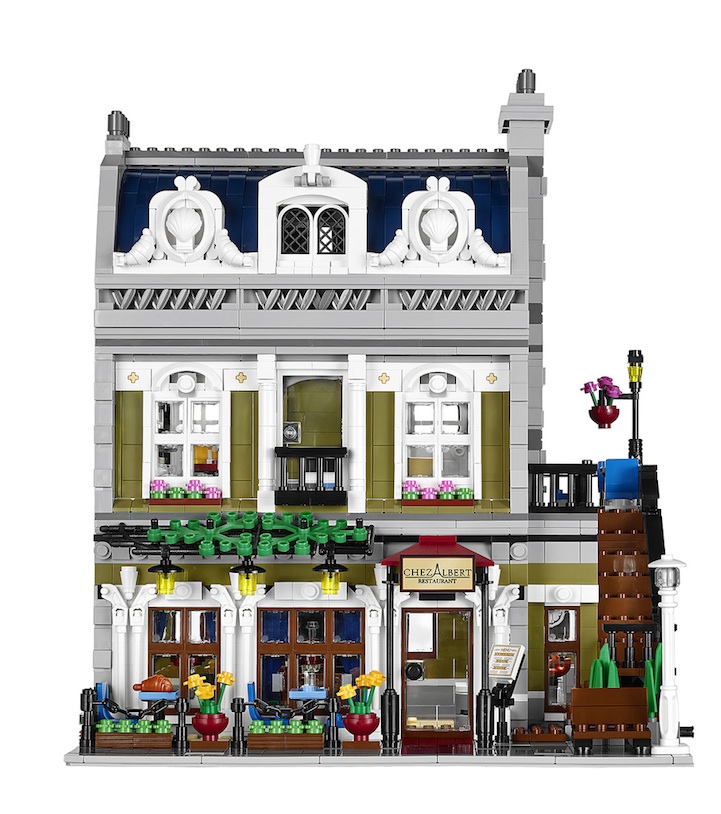 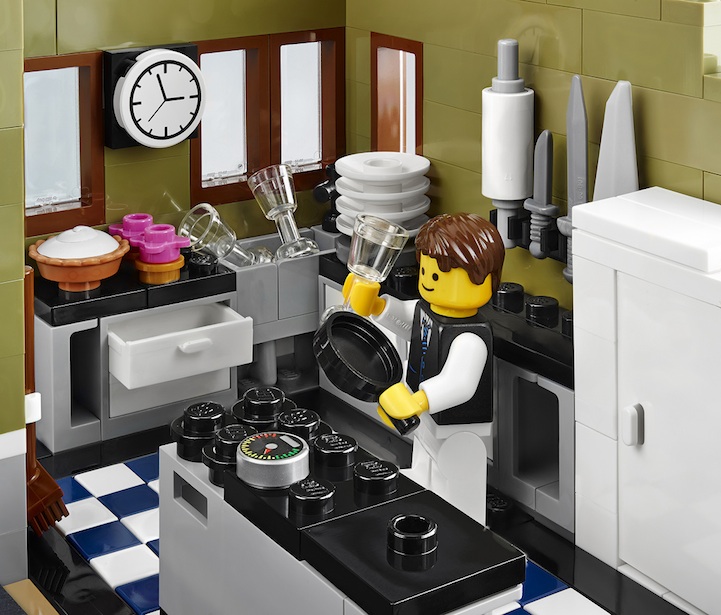 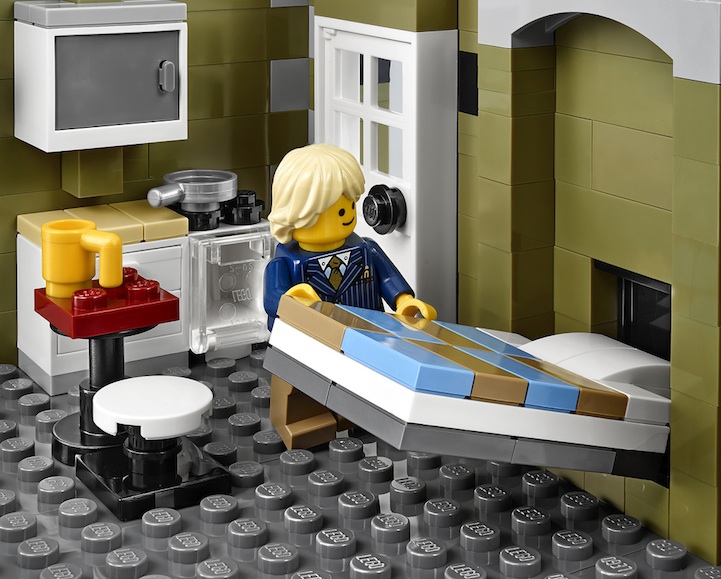 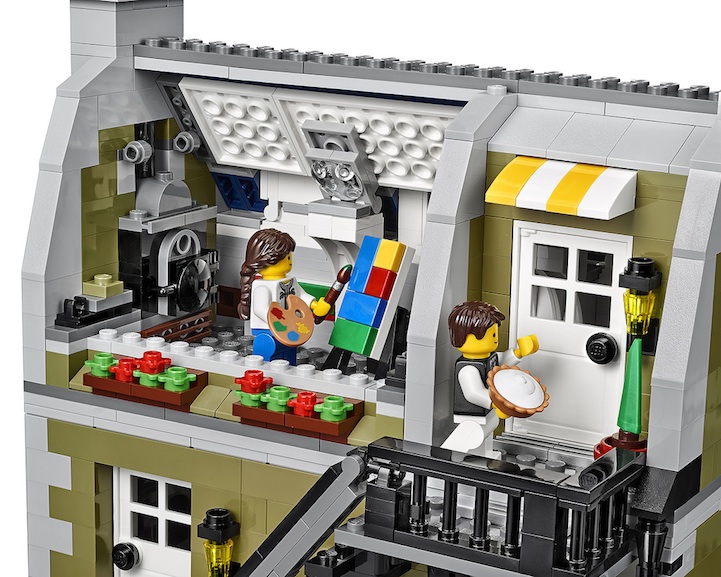