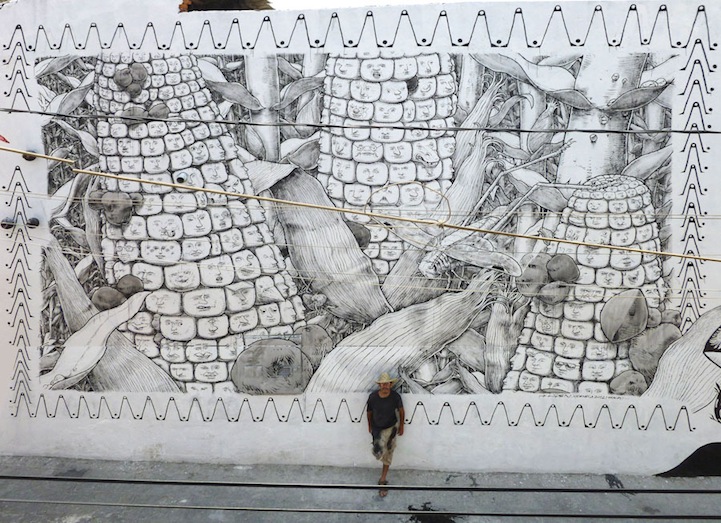 Street artist Liqen was invited by the “Collectivo Tomate” to paint a mural in Xanenetla, a neighborhood with lots of rich history in the Mexican city of Puebla. As corn is a staple food in this country, he wanted to express the idea of how strong the family is there, making each grain a person or animal as a symbolic unit of a set.

Liqen says that he's actually had this idea of how to represent Mexico for some time now and adds, “This mural I want to dedicate to all neighbors of Xanenetla and especially my grandmother and my friend Raul (Carcomedhi) who are going through difficult times.” 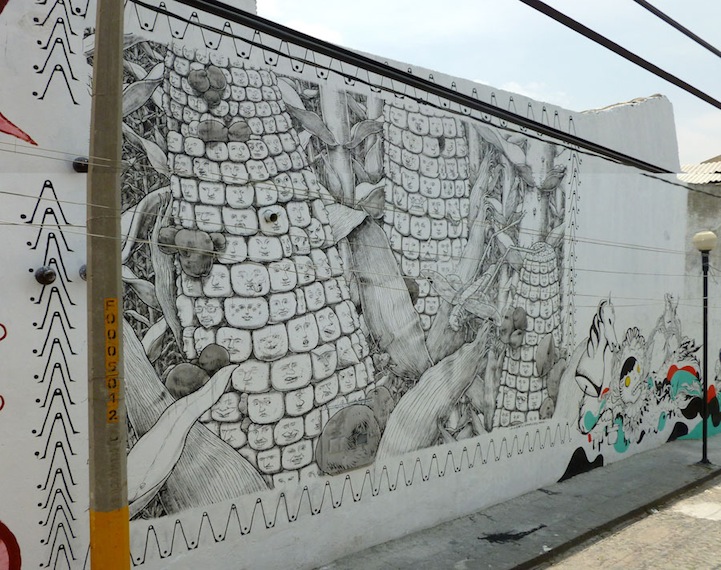 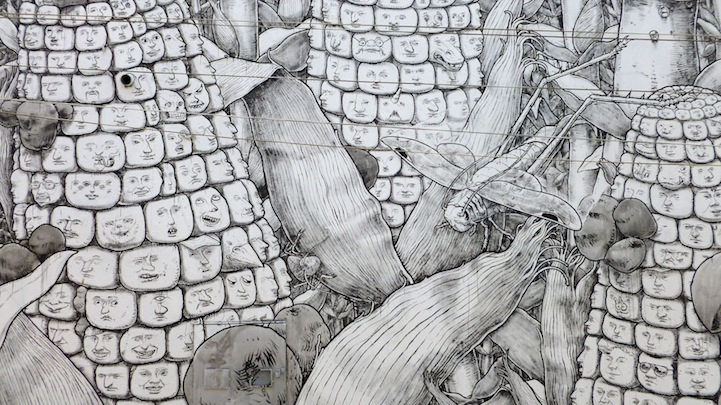 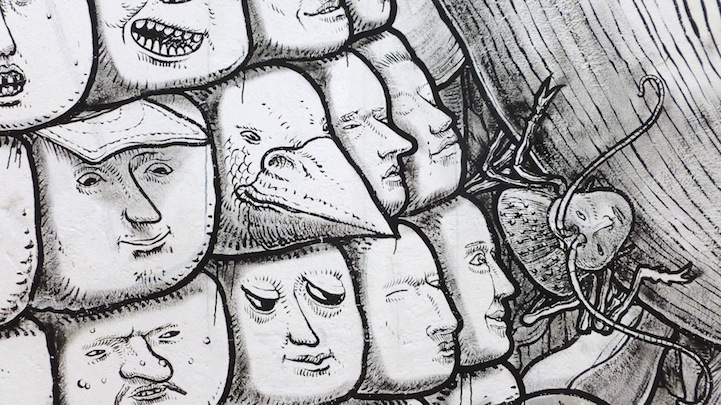 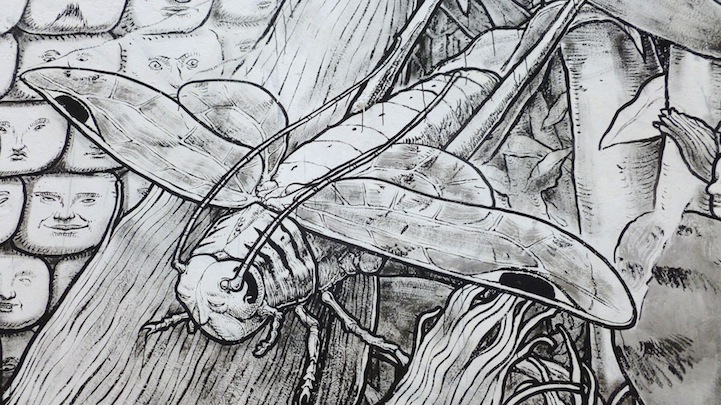 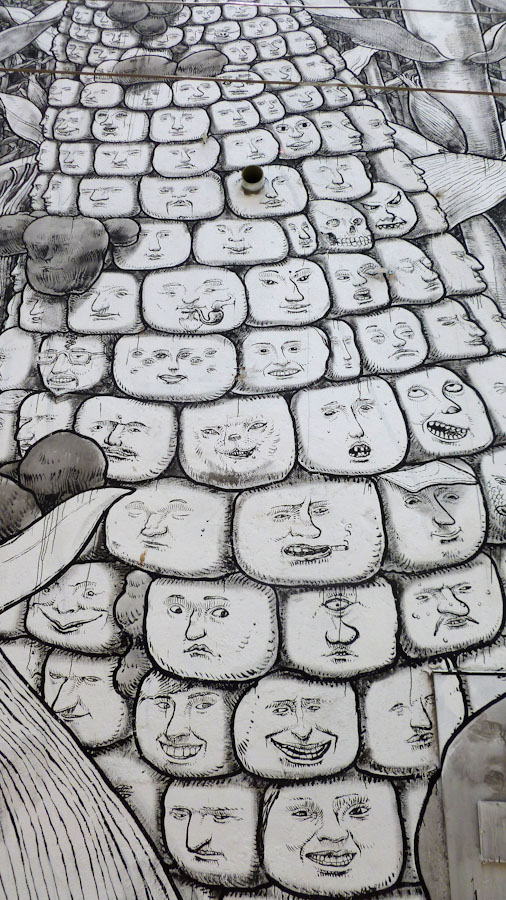 Liqen on Tumblr
via [Uncrate]