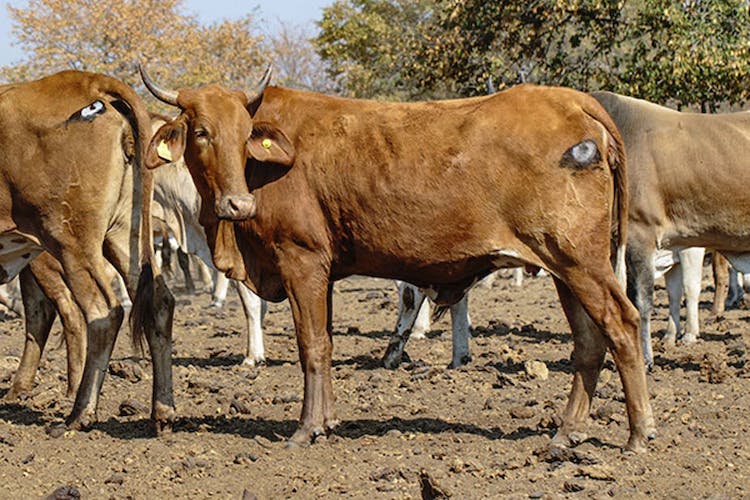 Animal conservationists are constantly working on multiple fronts to help wildlife thrive. This can include protecting habitat, championing anti-poaching legislation, and building opportunities for community education. But there is another big conflict in many areas that is equally important—the interaction between wildlife and humans. Wildlife preying on livestock, and the retaliation it sparks, is often a problem. Thankfully, researchers from the University of South Wales have hit upon a non-invasive way to help everyone coexist.

Working with Botswana Predator Conservation and local herders, the researchers spent four years studying what would happen if they painted eyespots on the backsides of cattle. The results were surprising. Members of the herd painted with eyes were far more likely to survive than those without any markings or those painted with simple cross markings.

This interesting—and innovative—solution uses the concept of defensive mimicry that is already present in many different species. After careful observation, researchers noted that lions were the main predators attacking the livestock. These lions, which use the element of surprise to pounce on their prey, were deterred by the painted eyes. The impression that their hunt has been spoiled seemed to ward off an attack. 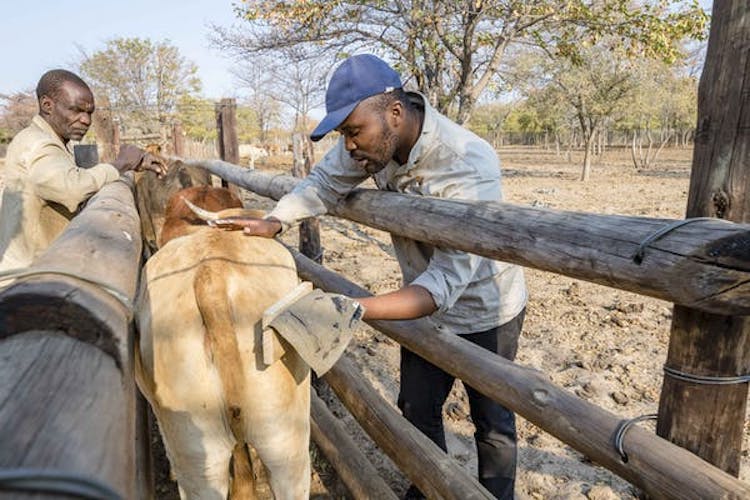 It's a significant finding that can help farmers who live on the borders of conservation land. These areas are ripe with conflict, as wildlife can cross freely into farmland and kill valuable livestock. Many of these farmers then turn to illegal means to kill wildlife in the name of protecting their herd. By adding this simple action to their toolbox, they can potentially save their animals without endangering the wildlife.

How powerful is this technique? Over the course of the four-year study, 2,061 cattle were observed over 49 painting sessions. Each session lasted 24 days. The herds were split into thirds, with one portion receiving the painted eyes, another getting a simple cross painting, and the rest left unmarked. Of the 683 cattle painted with eyes, none of them died over the course of four years. Fifteen of the 835 unpainted cattle died at the hands of lions, while another four of the 583 cross painted animals perished.

Of course, there is no way for the system to be full proof. The researchers point out that the results might be different if the entire herd was painted, thus leaving no easy targets. Therefore, they suggest painting the most valuable members of the herd. And, as with all non-lethal approaches, there is the possibility that lions could get used to the deterrent and strike anyway. The low-cost technique, however, is still a valuable tool to help keep the peace between farmers and wildlife and is just another step toward educating local communities about how humans and animals can live in harmony.