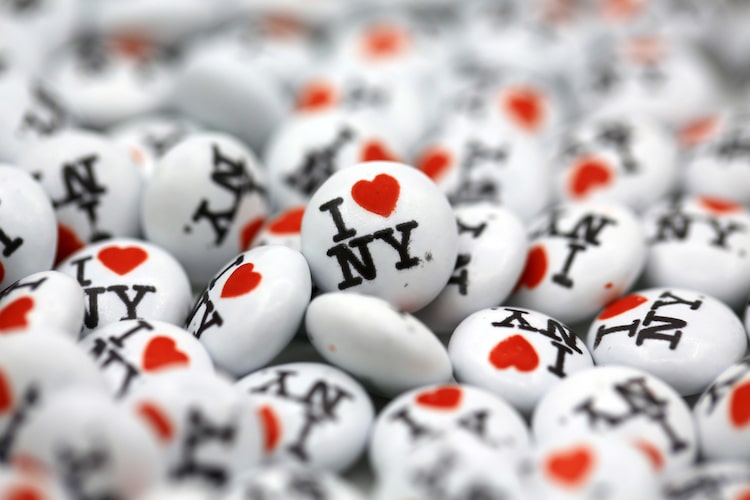 With the passing of Milton Glaser, the world has lost a legend. The acclaimed graphic designer died of natural causes on June 26—his birthday. He was 91. Best known for his iconic “I

NY” logo, the native New Yorker helped shape the way we view the Big Apple. But outside of that logo, he was also known for his Bob Dylan poster and for co-founding New York Magazine.

Glaser, who was the subject of the 2018 documentary I Heart NY, was born in the Bronx to Hungarian Jewish immigrants. Fascinated by the arts from the time he was a child, he eventually graduated from Cooper Union and worked for several graphic design firms before starting his own.

Early in his career, in 1966, Glaser was asked to design a poster for Bob Dylan's Greatest Hits. The now-iconic poster shows Dylan's profile in silhouette with his hair filled with swirling color. Glaser was inspired by a Marcel Duchamp self-portrait and adapted the inspiration to match the psychedelic culture of the time. That work is now in the collection at MoMA.

Just two years later, Glaser and journalist Clay Felker founded New York Magazine. The magazine quickly established itself as a beacon for New Journalism and was highly imitated both for its bold reporting style and design. While Glaser left the magazine in 1977, his biggest achievement was yet to come.

That same year, while sitting in the back of a taxi cab, Glaser sketched out the logo that would make his career. He'd been asked to help create something that would generate more tourism for New York and pull focus from its financial issues and the crime that was running rampant. Tight and clean, Glaser's design stacked “I” and a red heart on top of “NY.”

Never in his wildest dream did he think that the design, which was inspired by Robert Indiana's LOVE sculptures, would have the impact that it did. “I thought it was going to last two weeks,” he once said. “Strangely enough, it worked. It worked because it was a real expression of people’s feelings. They wanted to say it, ‘I love New York.’”

Glaser then gifted the design to the city, hoping that it would benefit the place he so loved. Since its creation, Glaser's ode to New York has adorned millions of t-shirts, mugs, pins, postcards, and much more. After 9/11, Glaser even revamped the logo. His “I

NY More than Ever” featured black singed edges on the heart and symbolized his beloved city's strength.

“I’ve lived in other places, but there is no other place for me,” he told The Village Voice in 2011. “Professionally, there’s no other place with the same opportunity. As hard as it is to find, it’s still here. If you are somebody like me, where work is central to your identity and what you’re about, this is the place it happens. For the last 100 years, maybe more, it has been the place of greatest opportunity for those who want something deeply about their lives.”

Glaser's logo work didn't end there, however. Those with a keen eye will recognize his logo work for the Brooklyn Brewery and Stoneybrook University. Additionally, his logo for DC Comics was used for nearly 30 years until it was switched out in 2005.

Glaser is survived by his wife Shirley and his legacy will continue to live on through his design work.