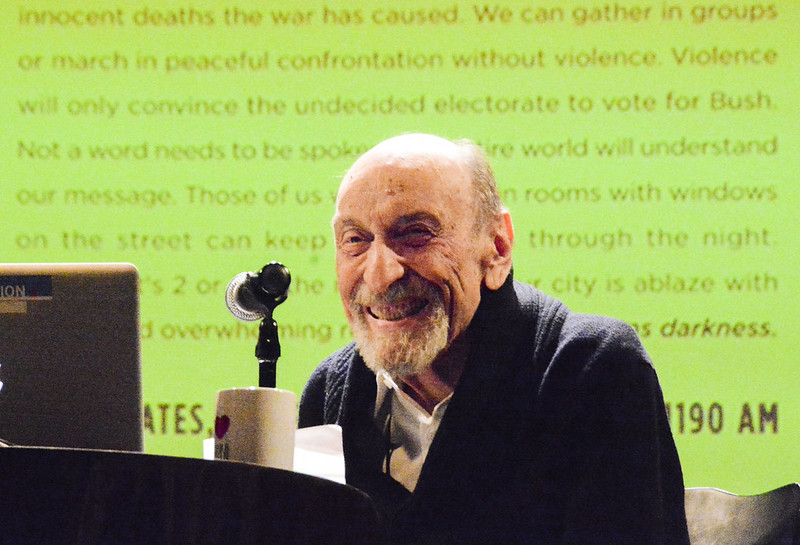 Legendary designer Milton Glaser passed away on his 91st birthday on June 26, 2020. As the world mourns the loss of this visionary—who is best known for the “I ❤️ NY” logo—there is comfort in knowing that his influence will continue to live on in the creative world.

In addition to designing the inimitable phrase about the Big Apple, Glaser helped found the influential Push Pin Studios with Seymour Chwast, Edward Sorel, and Reynold Ruffins in 1954. During the 1960s, Glaser also produced a now-iconic psychedelic Bob Dylan poster (which he'd later revisit in ads for the TV show Mad Men) and co-founded New York Magazine in 1968.

Throughout his long and varied career, Glaser imparted his wisdom in interviews, speeches, documentaries, and writing. His advice is relevant not only for designers but for anyone who has a creative practice. Some of Glaser’s most beloved quotes get to the heart of what it means to embark on a design or illustration path. He emphasizes the need for practice (in order to hone your craft), and perhaps most importantly, not be afraid of failure. “You must embrace failure,” he said. And in another instance, “Fail more often in order to find out what you’re capable of learning.” By accepting that not everything will be successful, you won’t hesitate in trying something new.

Scroll down for more wisdom from Glaser.

Get inspired in your own creative practice with these Milton Glaser quotes.

“There are three responses to a piece of design—yes, no, and WOW! Wow is the one to aim for.”

“Solving any problem is more important than being right.”

“Certainty is a closing of the mind. To create something new you must have doubt.”

“Fail more often in order to find out what you’re capable of learning.”

“You must embrace failure.”

“The real issue is not talent as an independent element, but talent in relationship to will, desire, and persistence. Talent without these things vanishes and even modest talent with those characteristics grows.”

“We are all born with genius. It's like our fairy godmother. But what happens in life is that we stop listening to our inner voices, and we no longer have access to this extraordinary ability to create poetry.”

“I do not want to say I'm a product designer. I've been trying all my life to not be categorized, to learn something and then to forget about it.”

“Design is the process of going from an existing condition to a preferred one. Observe that there’s no relationship to art.”

“Computers are to design as microwaves are to cooking.”

“To design is to communicate clearly by whatever means you can control or master.”

On “I ❤️ NY” imitations: “I like them all… you do work because you want to affect the world. I did something that a lot of people were affected by.”

“Design is simply planning. My definition of design is this: it is going from an existing position to a preferred one. It’s everything.”

“I think what I feel fortunate about is that I am still astonished—that things still amaze me. And I think that that’s a great benefit of being in the arts, where the possibility for learning never disappears; where you basically have to admit you never learn it.”

“I have become increasingly interested in words, because I think words are images. I don’t see a separation between words and images. I think the right three words can create as much imagery as any motion picture.”

“The next time you see a 16-color, blind-embossed, gold-stamped, die-cut, elaborately folded and bound job, printed on handmade paper, see if it isn't a mediocre idea trying to pass for something else.”