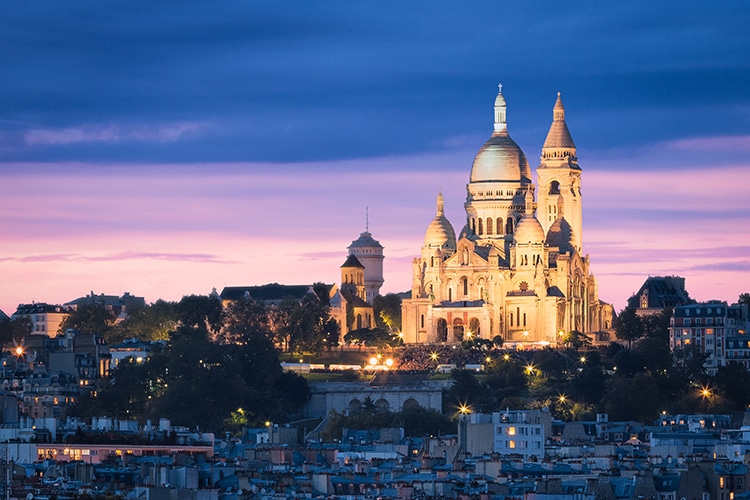 View of Montmartre with an illuminated Sacré-Cœur. (Photo: Stock Photos from MARCELLO LANDOLFI/Shutterstock)

On a hill overlooking Paris lies the neighborhood of Montmartre. During La Belle Époque—a period of French history dating between 1880 and 1914—the sloped streets were home to some of the world's most legendary artists. This area has long been central to Parisian history, from the revolutionary Paris Commune to the iconic cabaret Le Chat Noir.

Paris is a city saturated in the arts, and a pilgrimage to Montmartre is almost obligatory for traveling creatives. Visit and you may just find yourself inspired by art history. Whether you sip une tasse de café at a quaint establishment or roam Picasso's old studio, you'll find that the artistic magic of Montmartre survives.

Read on to discover the former stomping grounds of Van Gogh, Renoir, Manet, and Degas. 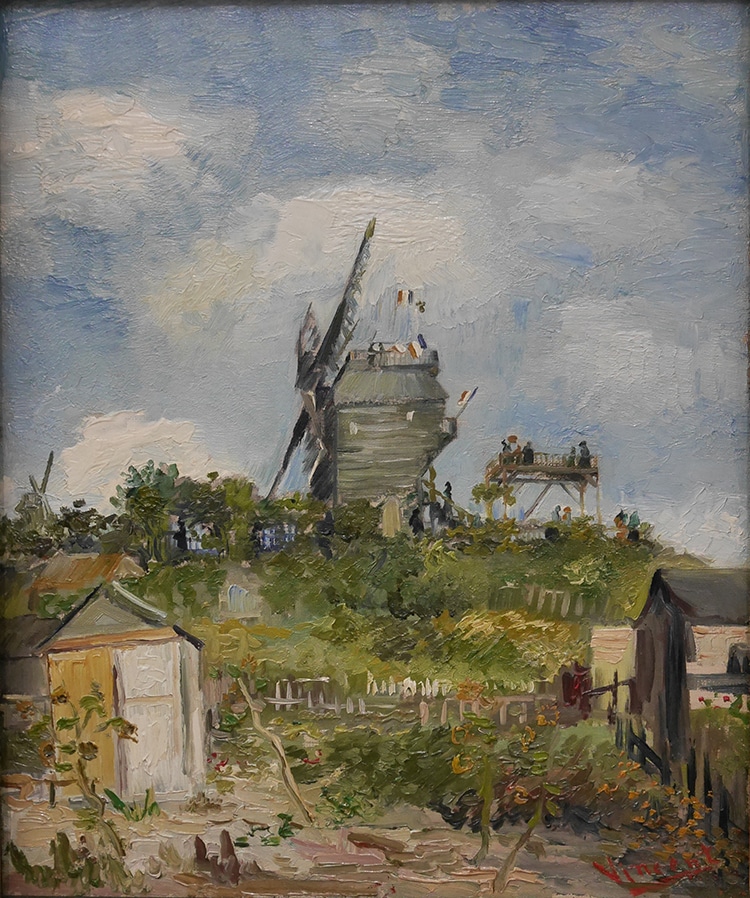 The city of Paris was originally built on a Roman cross-pattern with two major roads running north and south. The medieval city evolved outwards with narrow streets and a general lack of regularity.

The 19th century, however, was a time of great change for the ancient metropolis. Beginning mid-century, Georges-Eugène Haussmann was put in charge of carving large boulevards through Parisian neighborhoods to modernize the city. Infrastructure was improved, parks were created, and the suburbs were annexed to the city. In 1860, the suburban village of Montmartre became the city's 18th arrondissement. 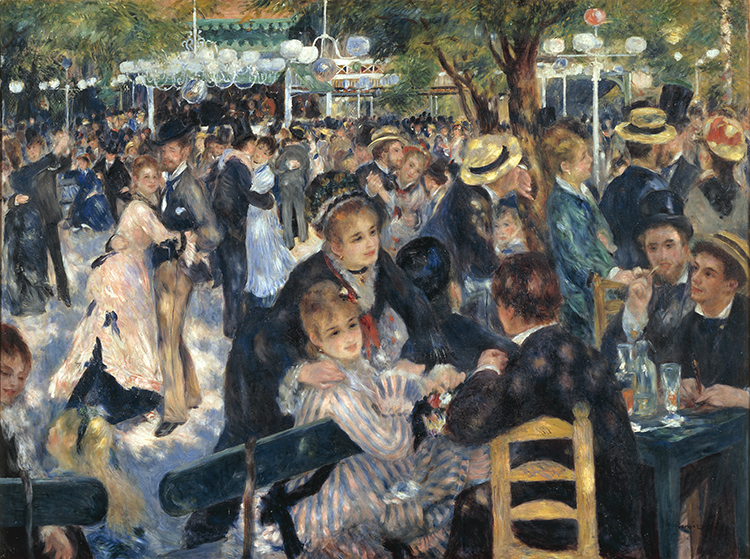 Montmartre had been occupied since ancient times. Set upon a hill, it was the site of the martyrdom of Saint Denis in 250 CE. Merovingian churches and abbeys dominated the hill during the medieval period; by the Renaissance, the hill hosted a rural village and several gypsum mines.

The hill was also an important military position for any troops attacking Paris—both in the Wars of Religion and the Napoleonic conflicts. Montmartre was also the site of the radical Paris Commune's main resistance effort in 1871. When Montmartre was incorporated into the official city limits, the area was still urbanizing. Windmills and fields would appear for years to come in the works of Montmartre's resident artists.

Cabarets and a Changing Culture 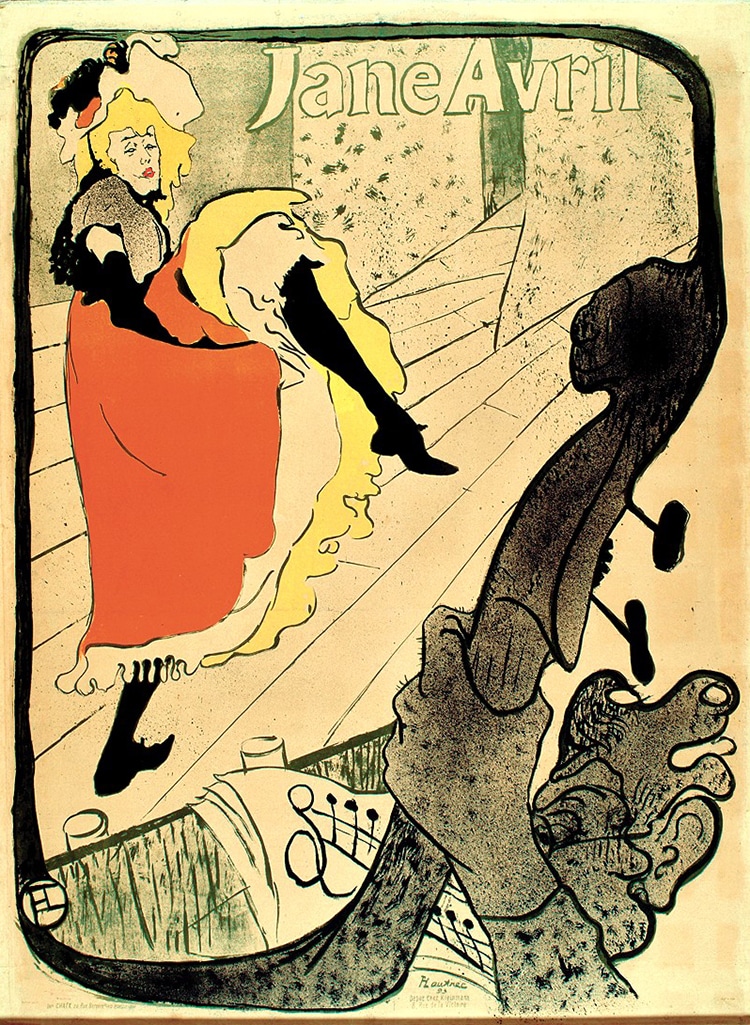 In the latter half of the 19th century, Montmartre became a center of entertainment. Some of the windmills on the hill were converted into dance halls, and wine and conversation flowed. A 17th-century windmill called Le Moulin de la Galette had served beverages since the 1830s. By the end of the century, a dance hall and viewing gallery had been added. Painted by the likes Henri de Toulouse-Lautrec and Vincent van Gogh, the legendary hall hosted energetic cabarets and balls.

Despite its inclusion within the city limits, a day in Montmartre was still considered a rural escape; it took about an hour to walk to the windmills. Nearby, the Moulin Rouge was established in 1889. While not technically in Montmartre, the famous dance hall—which originated the can-can—is today a popular tourist attraction.

Another famous cabaret of the Montmartre neighborhood is Le Chat Noir. Although it was only open from 1881 to 1897, the iconic poster by Théophile Steinlen has ensured the venue remains legendary. Initially drawing a crowd of writers, the locale published an eponymous newsletter. Visitors could view shadow plays, which were projected puppet shadows enacting scenes against a white screen. Le Chat Noir was also the setting for some of the earliest Parisian cabarets. Cabarets sold affordable beverages and featured performances that challenged the stringent sexual mores of the bourgeois. Despite this seemingly-lowly form of entertainment, cabarets attracted visitors from all social classes. 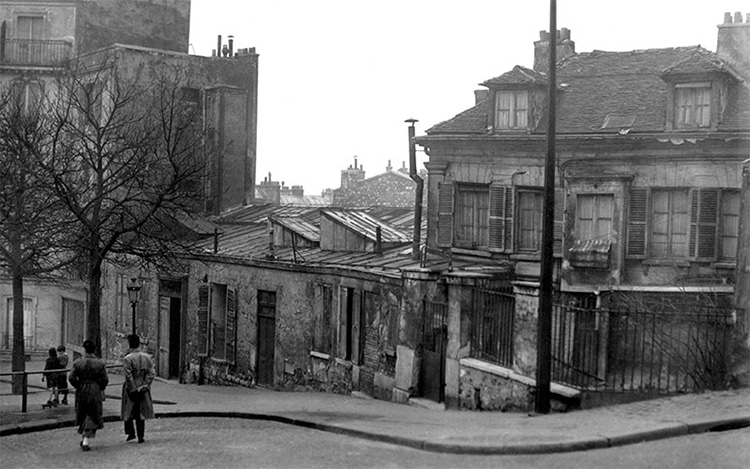 Among the many artists who lived, worked, or frolicked on the hill were Vincent van Gogh, Raymond Duchamp-Villon, Henri Matisse, Edgar Degas, Pablo Picasso, Pierre-Auguste Renoir, Amedeo Modigliani, and Henri de Toulouse-Lautrec. Montmartre was attractive to the literary arts as well. American expatriate Langston Hughes spent time in the area, as did Émile Zola. An important site for many of these artists was Le Bateau-Lavoir, a studio space where Picasso, Modigliani, and Matisse would paint. 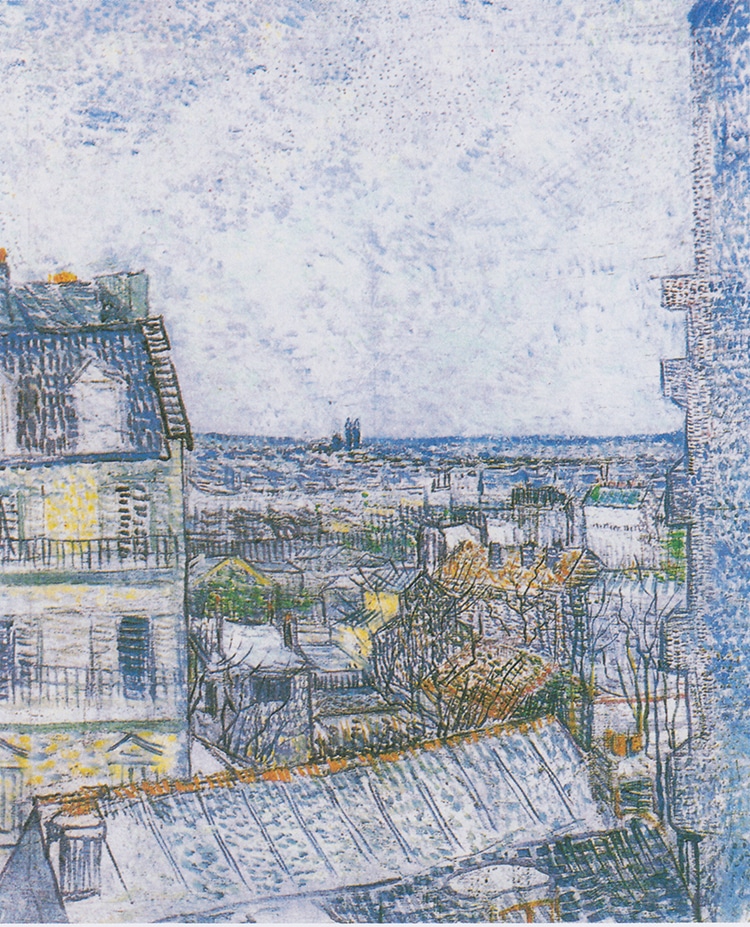 These resident artists painted many odes to Montmartre. Van Gogh's Montmartre series was painted over two years in residence in the arrondissement. At the time, the artist was becoming increasingly influenced by the color and brushstrokes of the Impressionist circle with which he was associating. Recently, a never-before-displayed work from the series—entitled Street Scene in Montmartre—emerged from a private collection. Depicting the Moulin Dubray (or Moulin à Poivre), the Moulin de la Galette is visible in the background. This latter windmill is also featured in Renoir's famous Bal du moulin de la Galette (1876). The festive painting shows lively crowds enjoying a sun-dappled day under the lanterns.

Sacré-Cœur at Its Heart 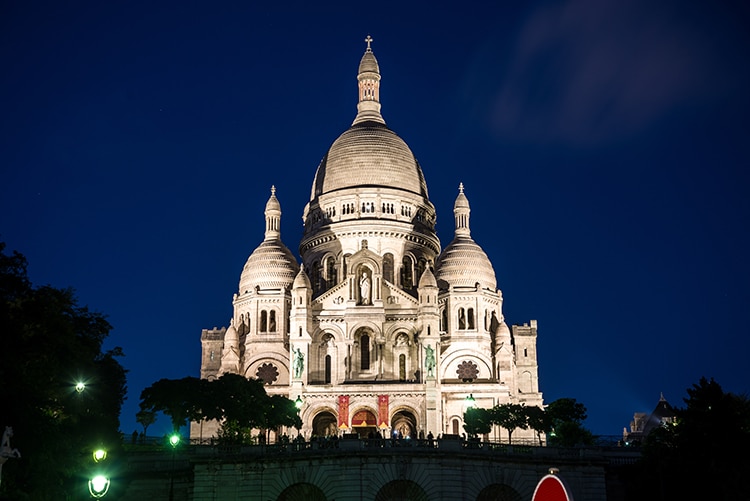 Visitors today will first notice the Basilica Sacré-Cœur upon entering Montmartre. Atop the hill, the white-domed church is illuminated at night. From the stairs which lead to its entrance, one can gaze out over Paris.

This famous church was built between 1875 and 1914 based on the designs of Paul Abadie. The church was a reactionary effort—an atonement for the moral decline which, according to a providential interpretation, resulted in the losses of the Franco-Prussian War and the Paris Commune. As the Montmartre-centered revolutionary commune had executed the Archbishop of Paris, the statues of French kings and Joan of Arc displayed on the new church emphasized the connection between the Catholic Church and the French state. The enormous basilica made a statement in the center of the eccentric—and at times revolutionary—neighborhood. 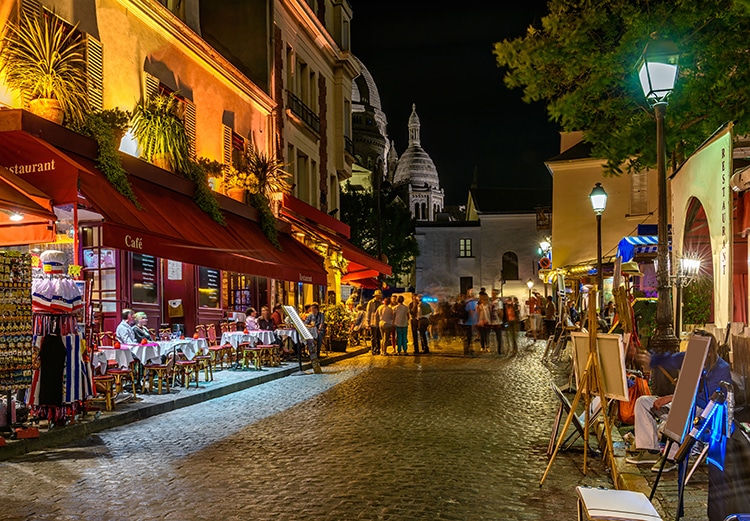 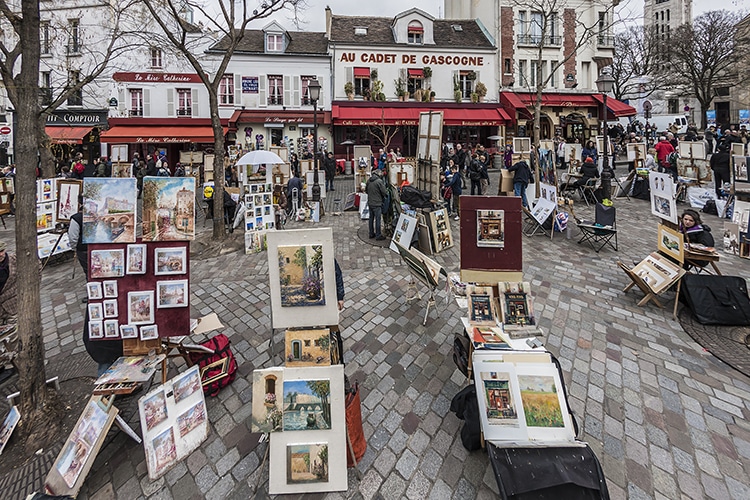 The Montmartre neighborhood is one of the most-visited areas of modern Paris. The hill can be accessed by sloping streets, long stairs, or a funicular (cable car).

Although few struggling artists can afford to live in the area, in the Place du Tertre you will find artists creating sketches for tourists. You can visit the nearby Le Lapin Agile, a cabaret where the world's greatest artists once let loose. Painted by Raphaël Toussaint and Picasso, this is a must-see. You can even visit Picasso's home and workshop, Le Bateau-Lavoir and La Rue Lepic (along which Van Gogh lived). Despite the tourists, the area still boasts cafes and cabarets in which anyone could find inspiration. Walking the streets of Montmartre, one can almost imagine you will bump into Renoir and Van Gogh around the next corner.