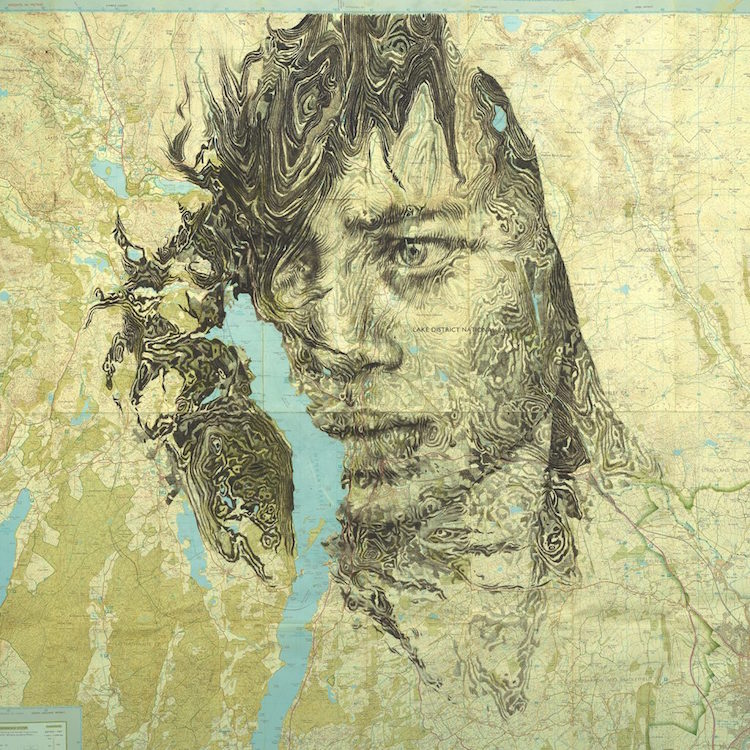 British artist Ed Fairburn uses maps as his canvas to create incredible portrait drawings. Each detailed work merges the topographic lines of cartography with the hand-drawn contours of the subject’s face, resulting in a captivating coexistence between landscape and humanity.

Rendered using traditional drawing materials such as ink and pencil, Fairburn starts by making gradual changes to various types of maps to “tease out” the human form. Roads, rivers, and mountainous contours weave and merge together to create abstract shadows, lines, and facial shapes.

In one of his works, an original first edition NASA orthophotomap of the Moon is transformed into a stunning side profile of a woman; in another, a map of Brussels details the curves of the subject’s neck and shoulder. “I aim to preserve the functionality of each map by feeding the composition instead of fighting it,” says Fairburn. “I often spend hours studying each map before I begin any physical processes.”

Each piece works similarly to a pointillism painting—when viewed up close, it’s not easy to decipher the faces. However, when viewed from afar, the viewer is able to see the human subject emerge from the topographic patterns. Fairburn explains, “I’m interested in the subtlety of each synchronization, and the way in which each completed map behaves more like a portrait when viewed from further away—it’s almost paradoxical that a portrait should lose detail when examined closely.”

You can see more from Fairburn’s portfolio on his website. 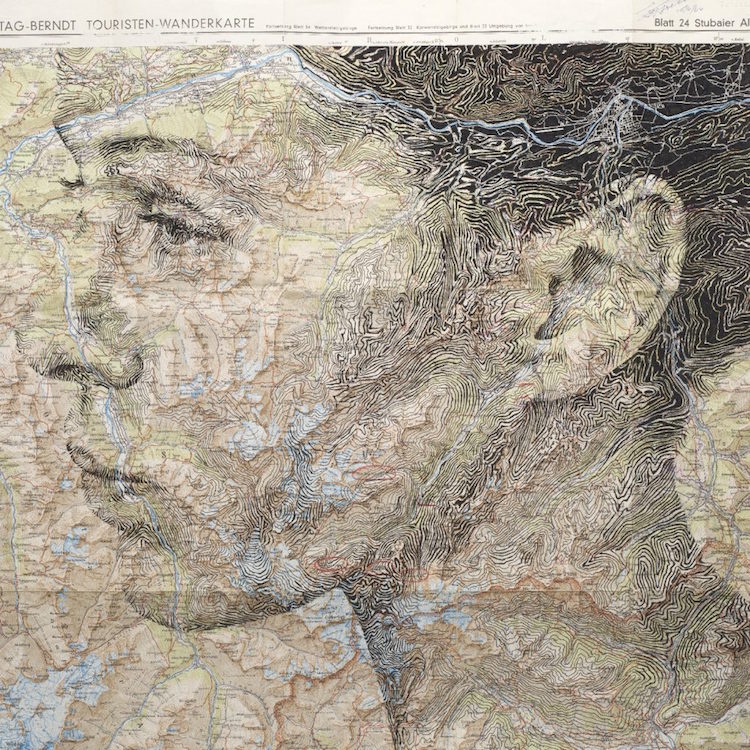 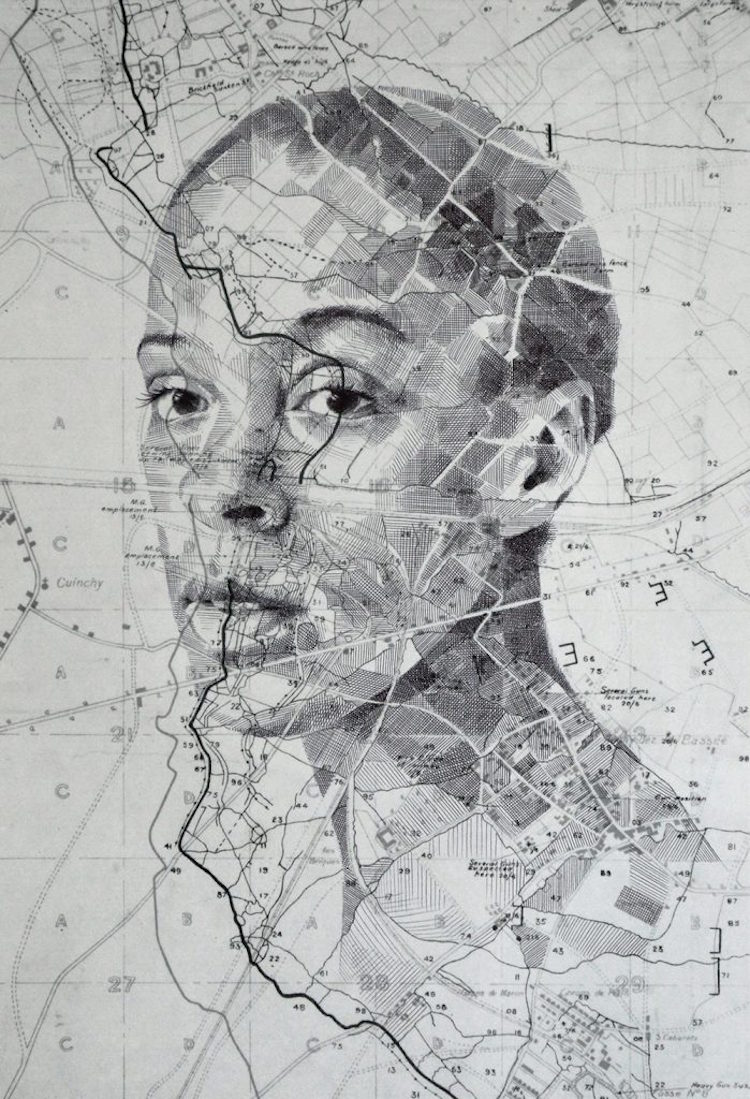 Each detailed work merges the topographic lines of cartography with the hand-drawn contours of the human face. 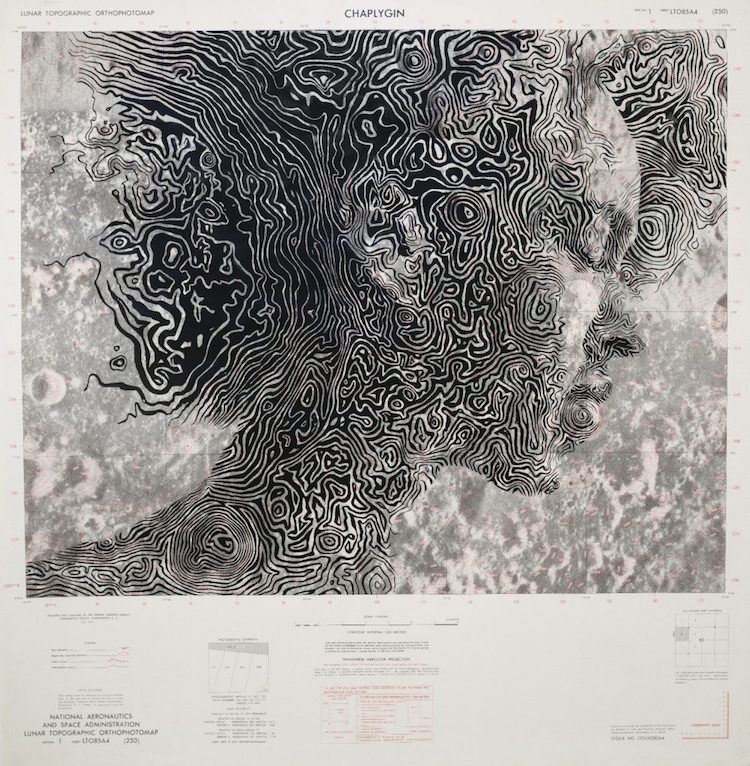 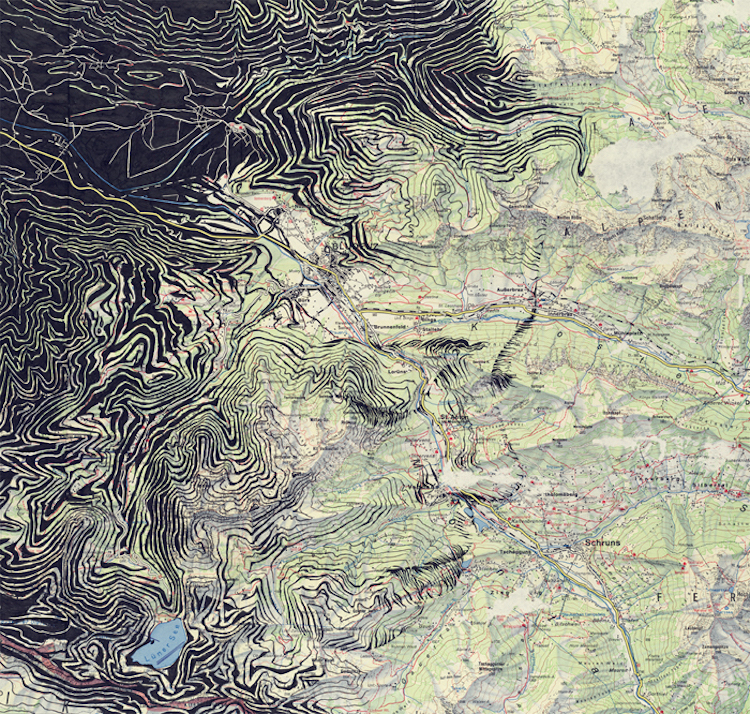 The artist’s work represents coexistence between landscape and humanity. 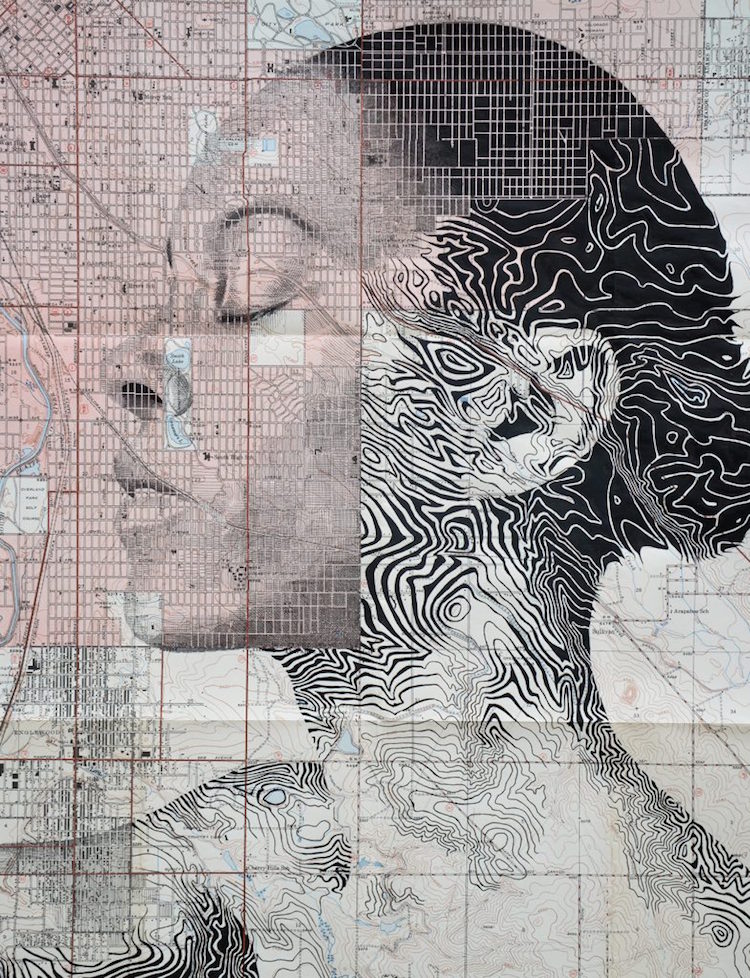 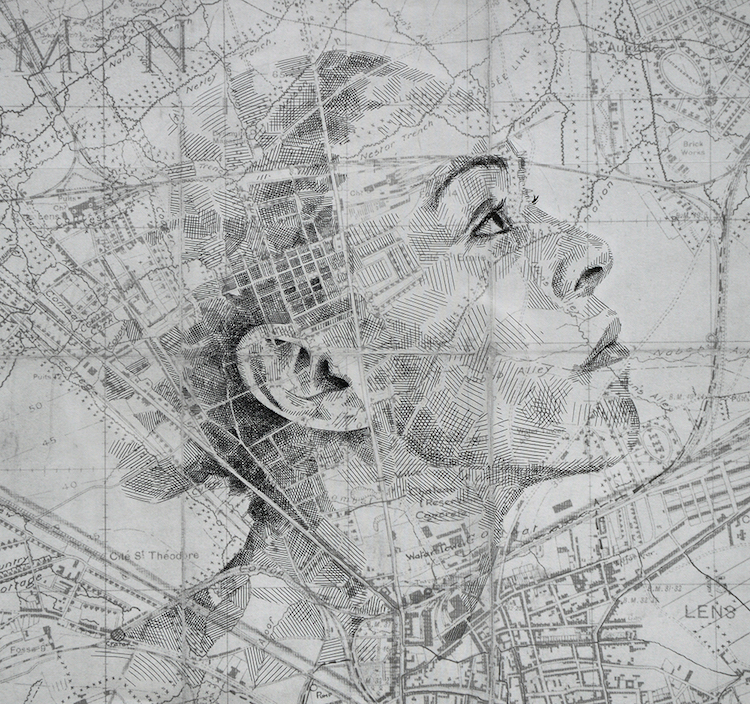 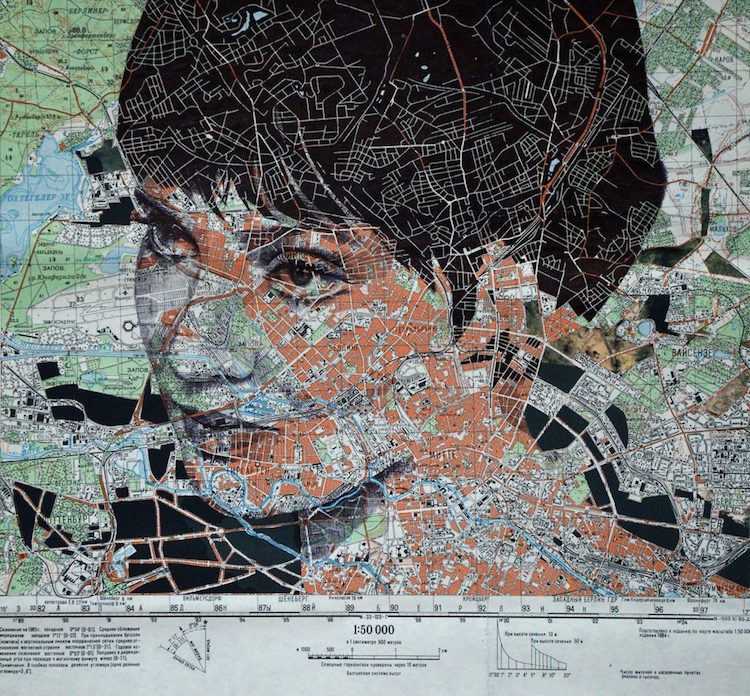 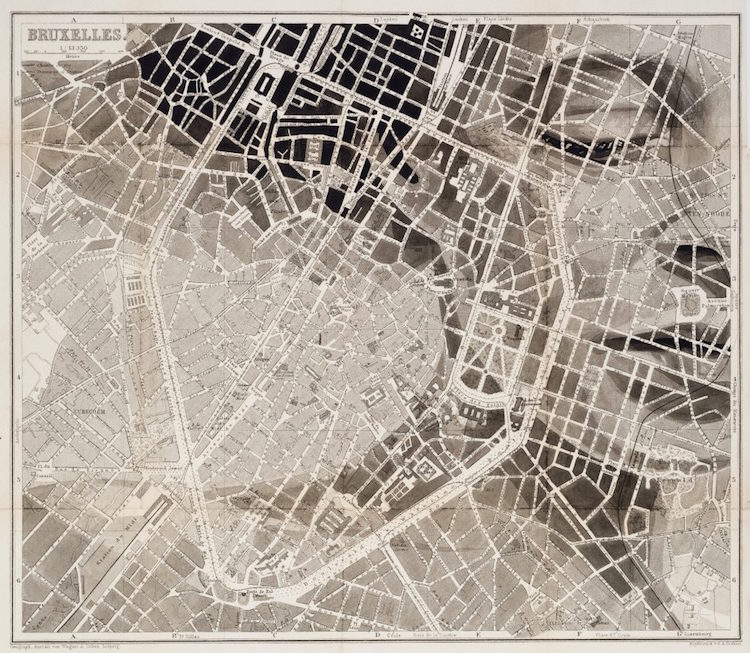 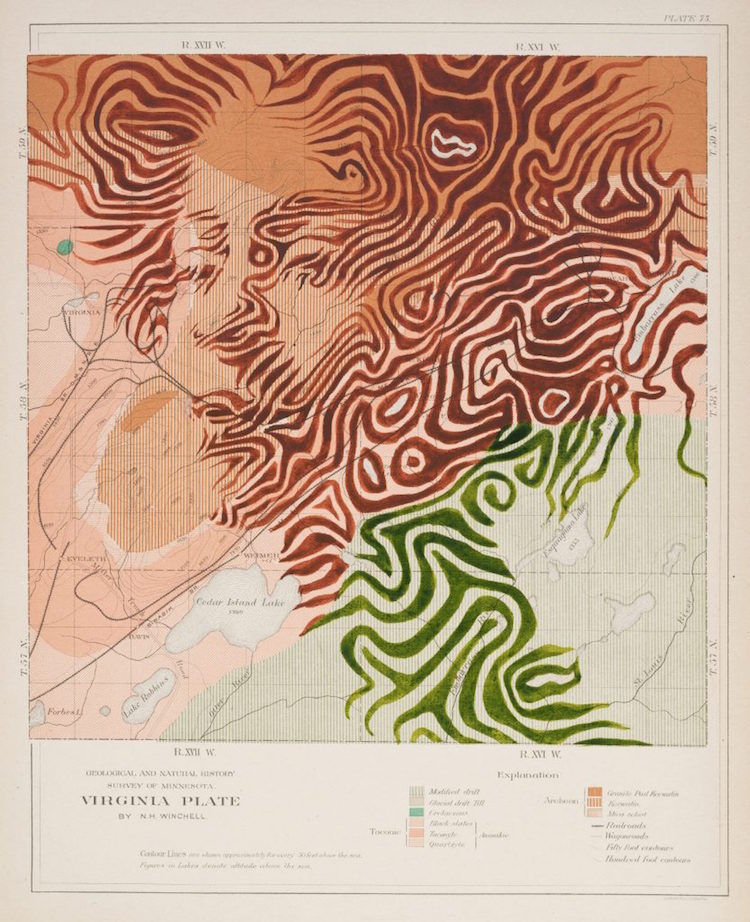 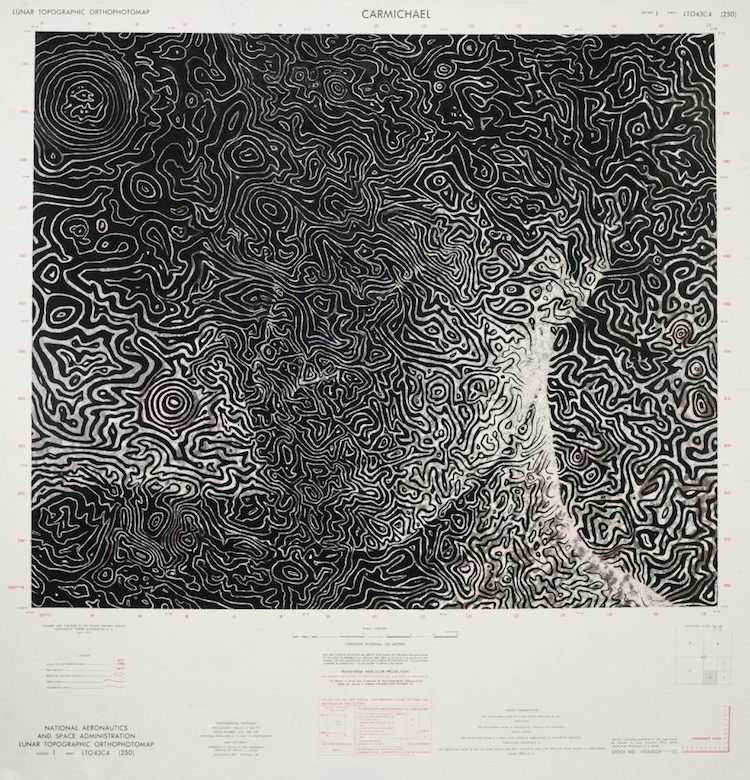 All images via Ed Fairburn. 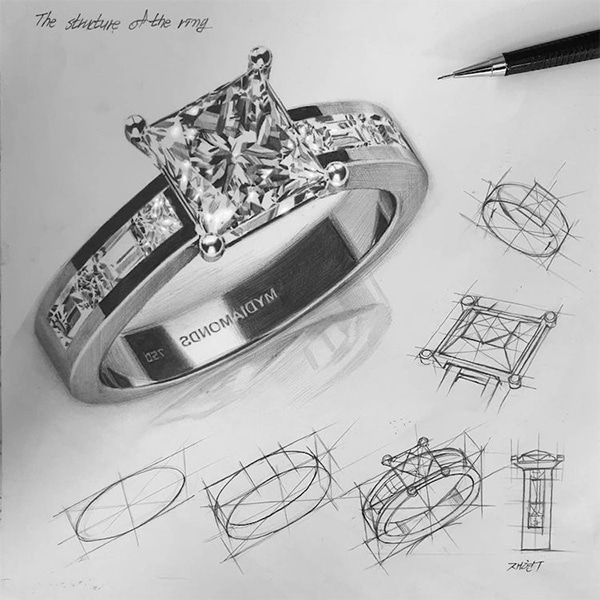