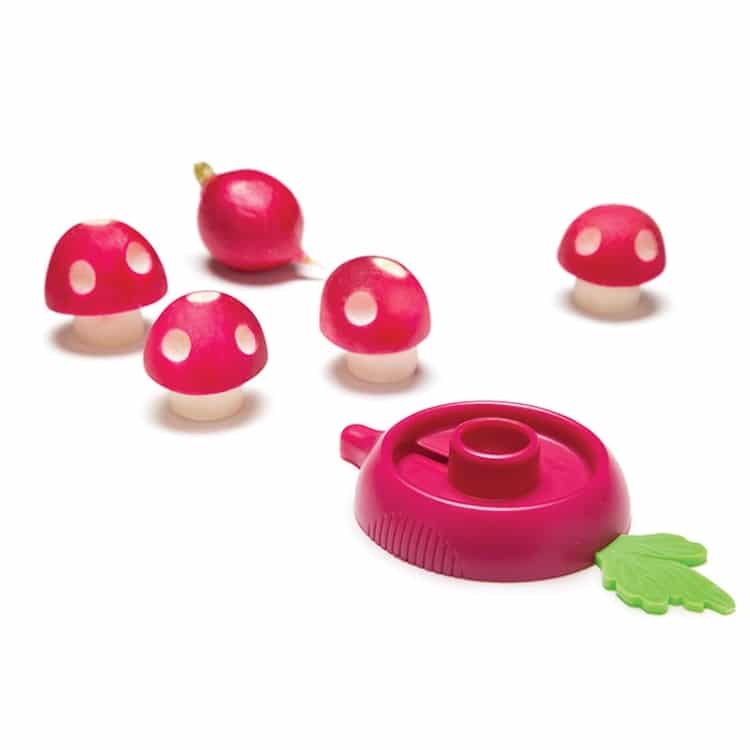 Edible illusions are an unexpectedly fun way to enjoy your food. One simple kitchen tool will transform the ordinary radish into something that's unlike anything you'd normally eat. In just under a minute, the Ravanello Radish Shaper turns the root vegetable into a red-and-white spotted mushroom reminiscent of the Super Mario Brothers, video game. Once a radish is cut, shaved, and carved, it looks like the Power-UP reward that Mario constantly chases after.

Using the Ravanello is done in just five easy steps. First, you cut off the top of the radish and then press the sliced edge into the serrated center ring. With the gadget in one hand and the radish in the other, turn the vegetable clockwise into the blade until it stops. Afterwards, pull out the radish—it should now look like a toadstool—and then use the tip of the device to create the white circles on the cap.

If you’re itching to have this for your next dinner party, you’ll have to wait until February. The product is currently back-ordered in the online shop Animi Causa. But in the meantime, why not make some soup with this adorable Nessie ladle?

Here's the Radish Shaper in action:

This “1UPs” all other radishes! 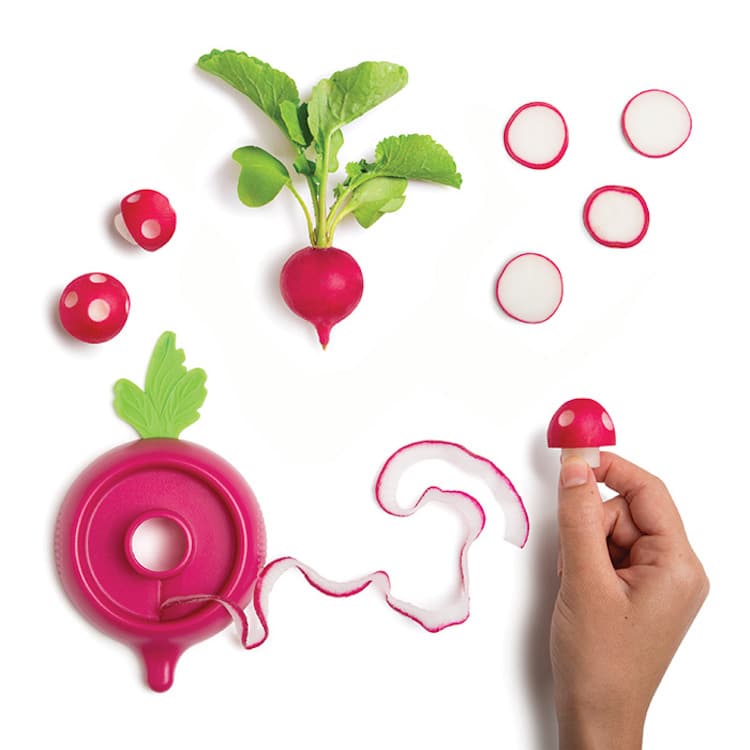 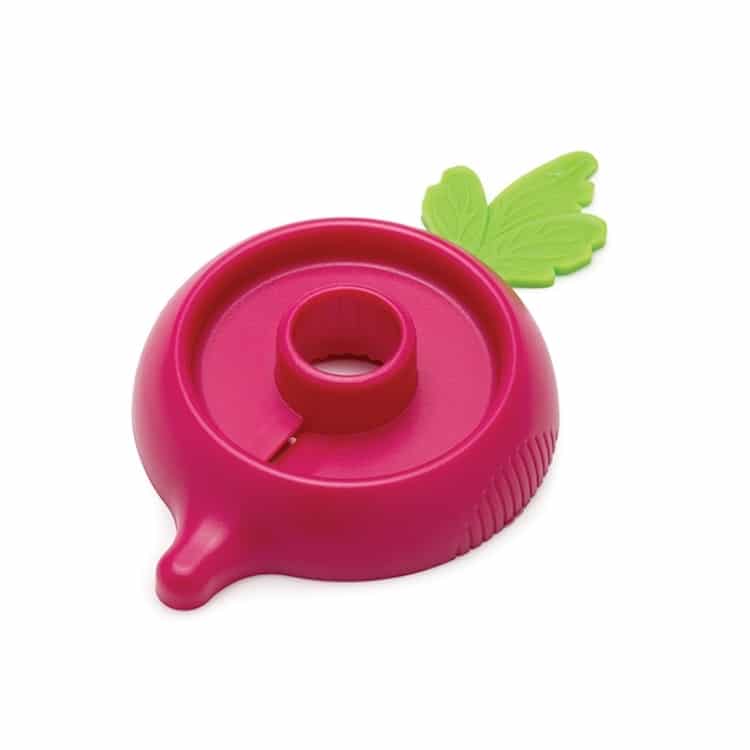 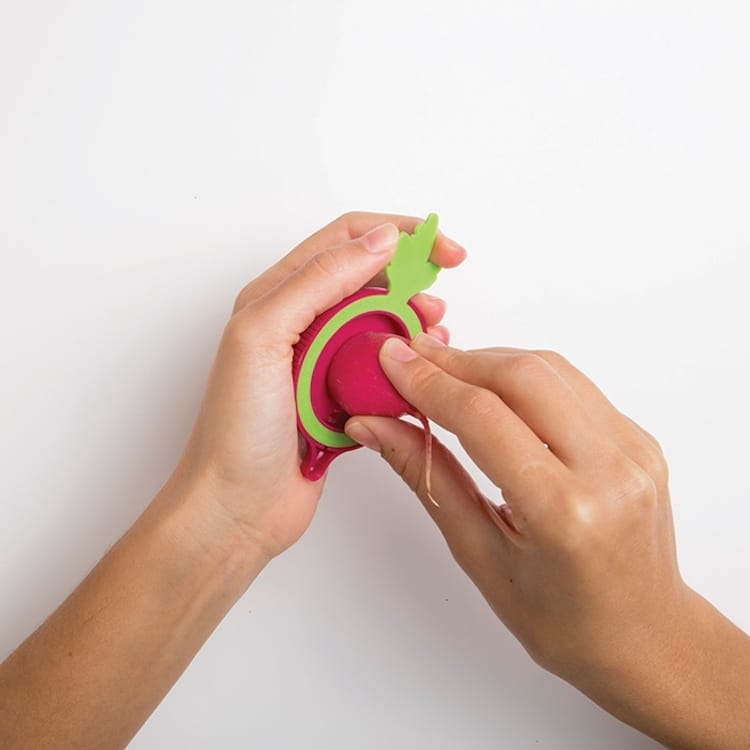 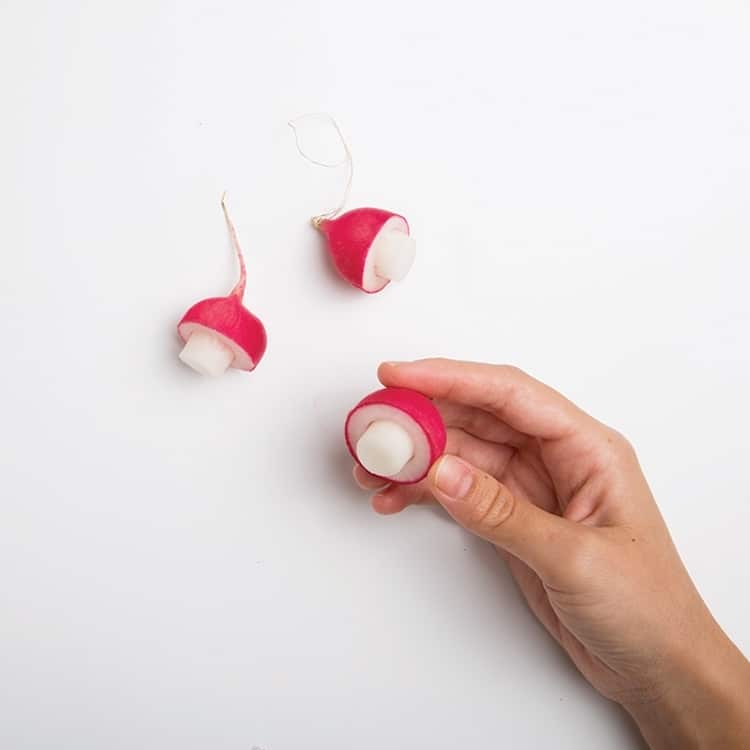 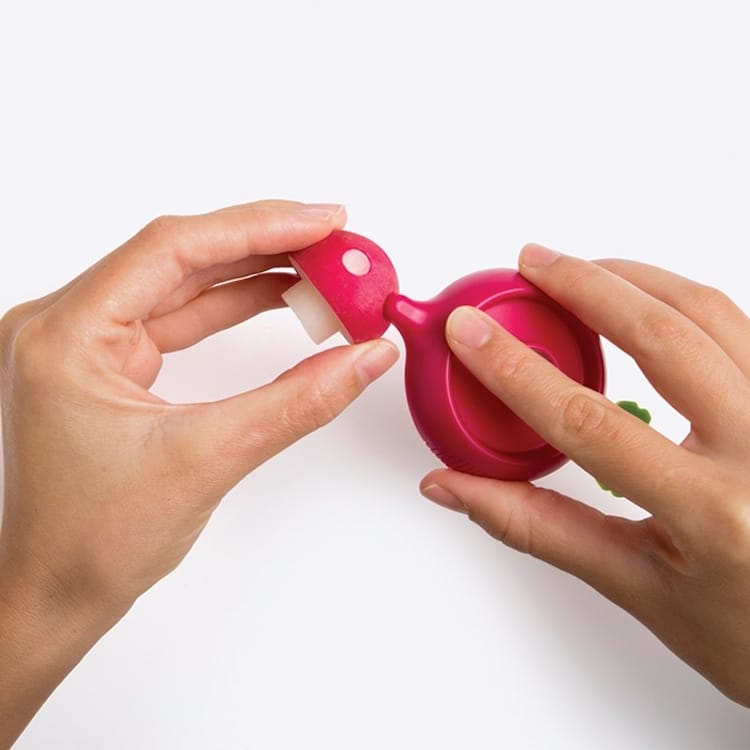 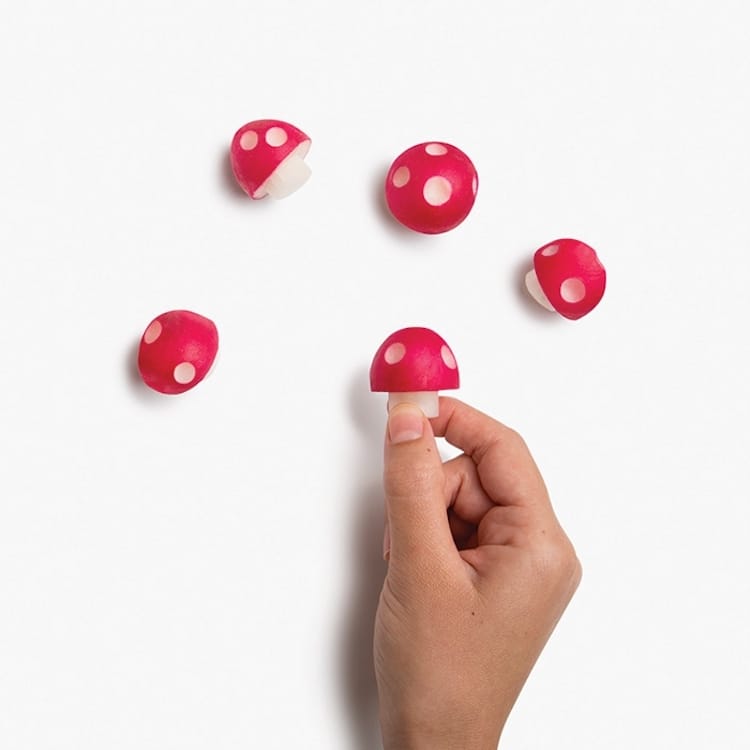 All images via Animi Causa.