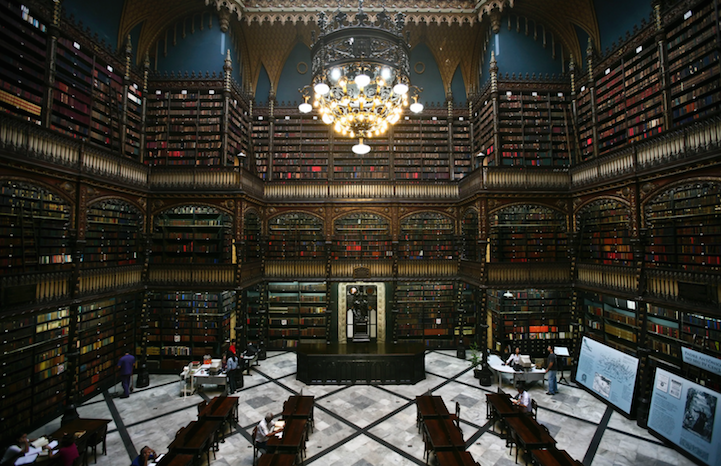 Feast your eyes on the elegant grandeur of the Real Gabinete Portugus de Leitura (known in English as the Royal Portuguese Reading Room or the Royal Cabinet), a 19th-century library in Rio de Janeiro, Brazil. Constructed from 1880 to 1887 under the direction of architect Rafael da Silva e Castro, the magnificent library has the distinction of holding the largest and most valuable collection of Portuguese works outside of Portugal, with over 350,000 volumes filling its countless bookshelves.

In addition to its large collection of rare works, the Real Gabinete Portugus de Leitura is known for its gorgeous architectural Neo-Manueline design, which evokes the Gothic-Renaissance style that flourished during the time of the Portuguese Discoveries. The white facade, which was carved out of limestone in Lisbon and then transported to Rio de Janeiro, is tall and imposing, bringing to mind the image of Gothic cathedrals and monasteries. On the interior, shelves of books fill every wall up to the ceiling, making for a truly impressive sight. Beautiful gold and wood accents lend the space a warm, luxurious ambiance. Suspended high above the desks scattered on the floor, a wrought-iron chandelier and breathtaking skylight further enrich the space, as do the many statues and medallions sculpted into the walls.

From the numerous bookshelves and ornamental doors to the spiraling pillars and decorative arches, every inch of the library is a visual delight to gaze at. With its awe-inspiring interior space packed full of rare books, the Real Gabinete Portugus de Leitura is the perfect place for those who wish to find a quiet spot to study, expand their knowledge, or be momentarily transported back to the 19th century through the spectacular architecture. 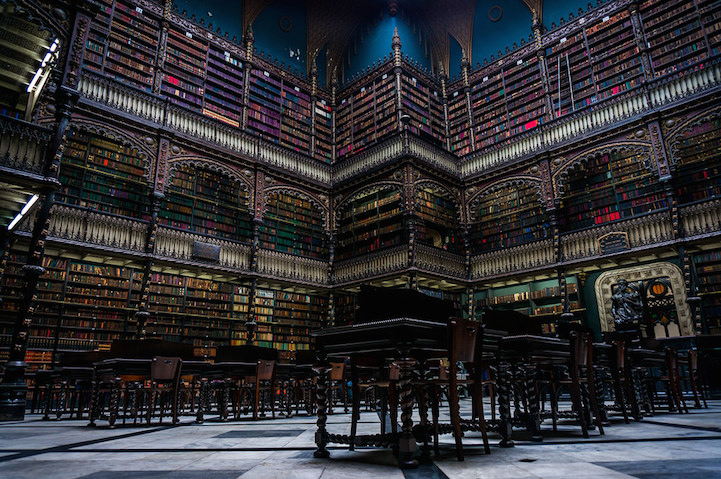 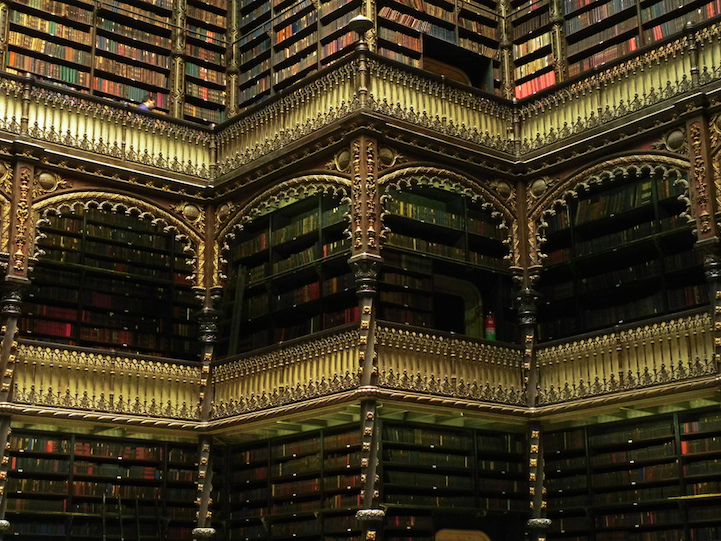 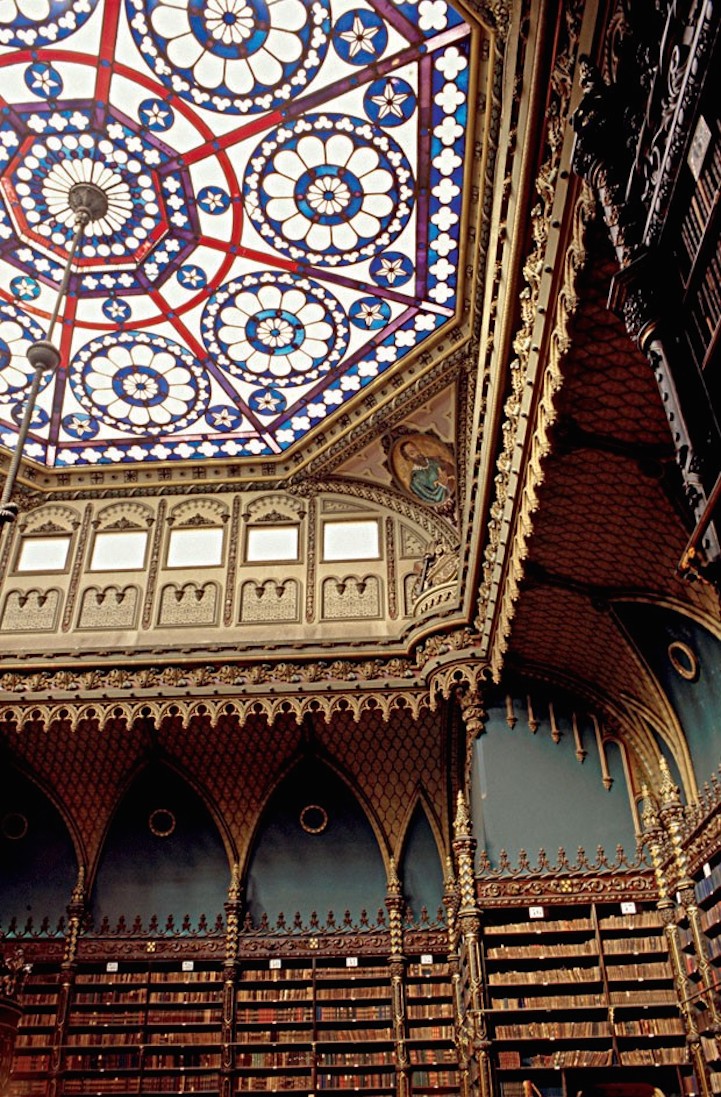 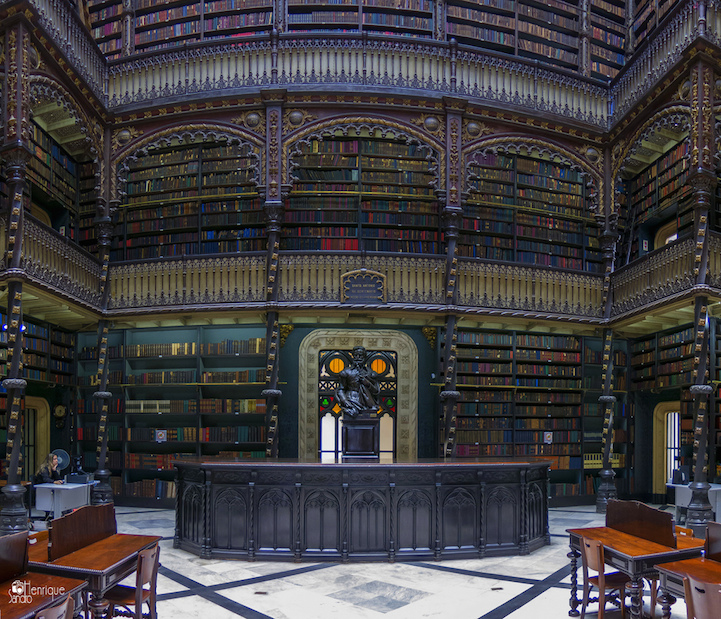 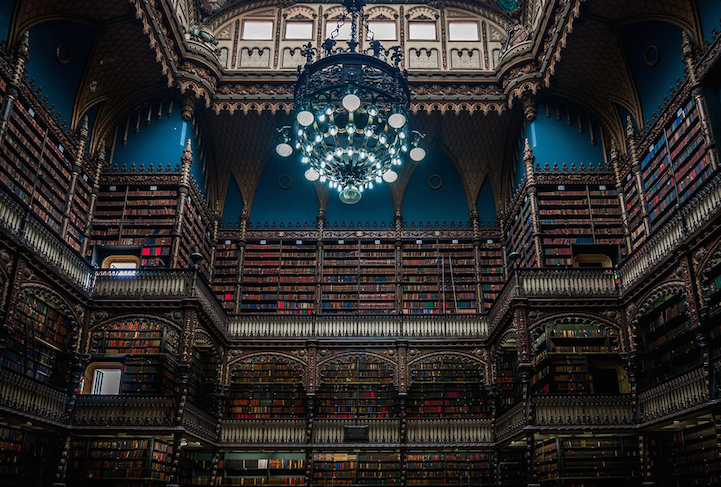 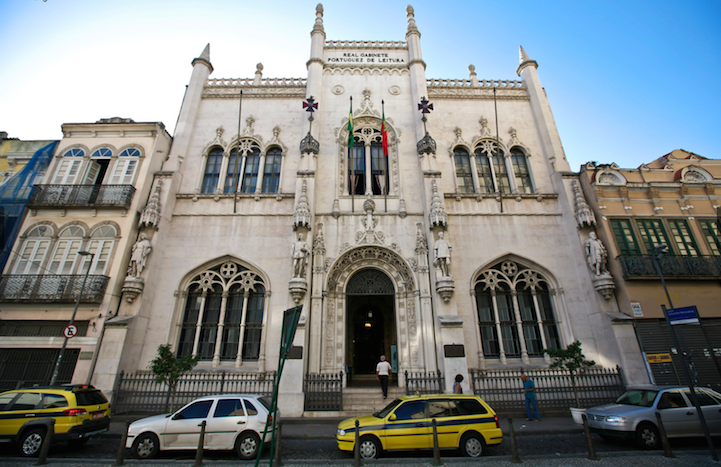 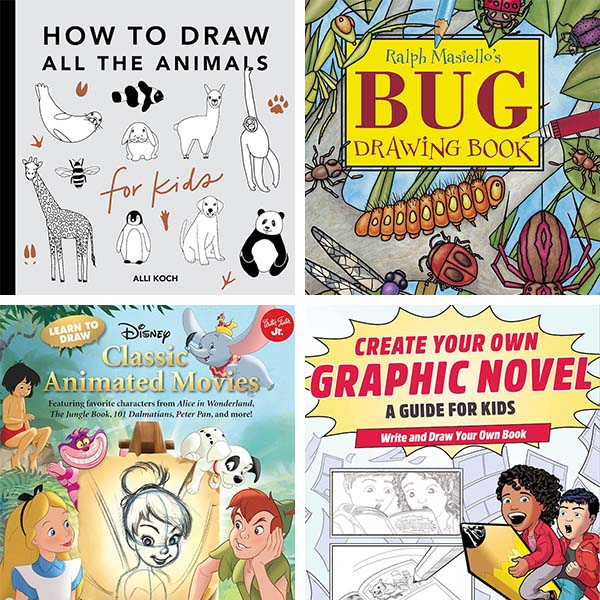 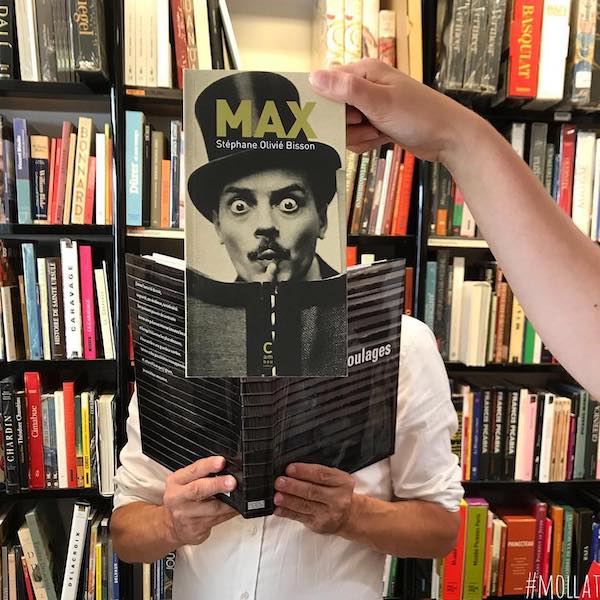